Recently, the Five Points neighborhood welcomed the fifth annual Native Fashion In The City. This event not only drew in Denver’s Native American crowd but also had quite a diverse audience, from black to white to old and young — we were all captivated by the native inspired fashion.

There were a total of 11 designers that previewed their latest collections —all of native descent. The intriguing thing about this particular show was that not all of the designers were local nor were they native to Denver. We were in the presence of designers from Utah, South Dakota and North Carolina, you name it.

Typically when a designer is announced at a fashion show, just their name and the name of their brand is called out. At Native Fashion In The City, that was not the case. The emcee made sure to announce the name of each designer, what state they reside and/or came from and which native tribe they descend from. They would even add in some fun tidbits about the designer, like whether or not it was their first time previewing their designs at a fashion show or if they had any notable successes within the fashion industry. 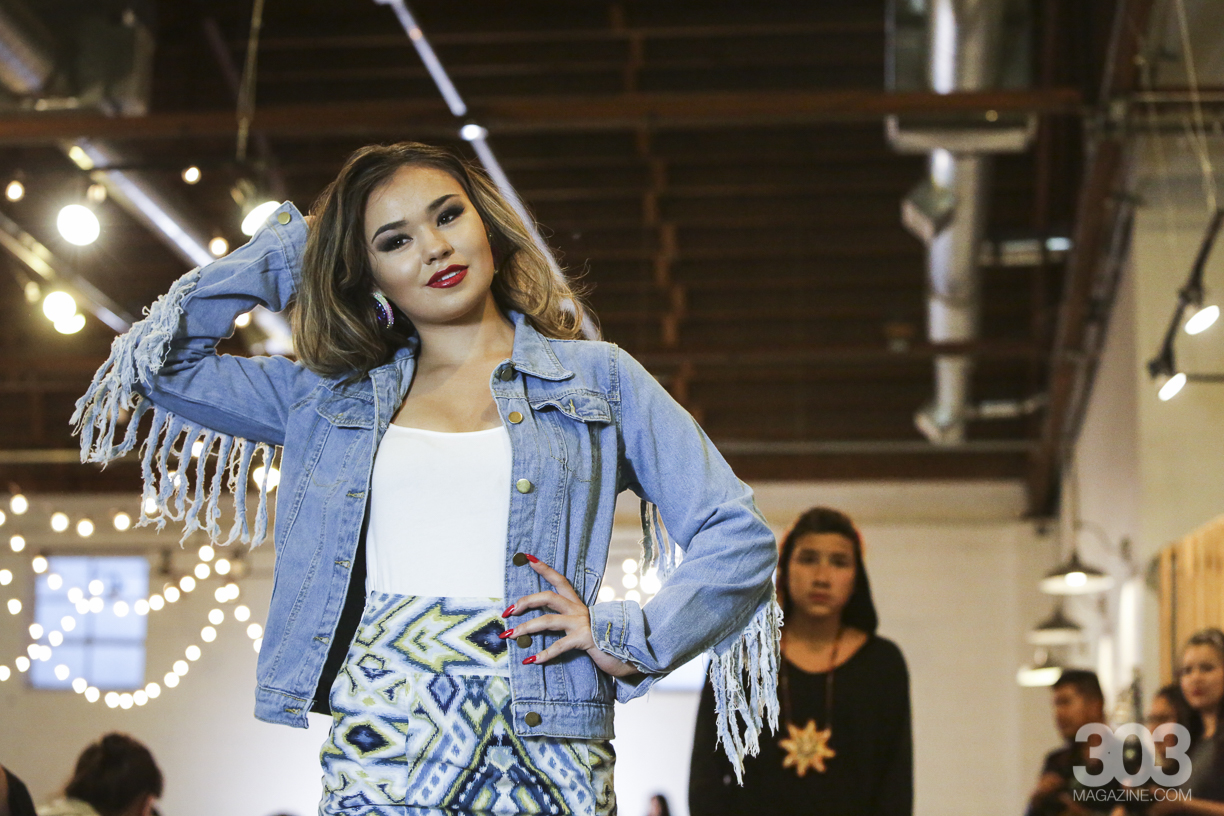 Another noteworthy difference between this fashion show versus your usual show were the models. A lot of the time, we will see runway models that are slim and more than six feet tall, but also typically their ages can range from early 20s to mid-30s. At Native Fashion In The City, their models’ ages ranged from pre-teen to no more than their 20s. Also, all of the models had the features of a native man or a woman.

The models weren’t the only youthful aspect. A lot of the fashion that we saw were designs marketed toward a younger audience. Plenty of the collections had a lot of graphic prints, of which were in reference to today’s current events within the Native American community and were kept simple and casual.

The show seemed to be built around social justice and was in favor of social movements such as ending violence and kidnappings against Native women and young girls.

Another popular significance we saw during the show was the raised fist, which is a symbol of unity, strength, defiance and resistance. Either you saw a print of the raised fist printed on to a t-shirt, a jacket or the back of a model’s pants. Strategically enough, the models didn’t stop at rocking the raised fist on their clothes, but they would also raise their arms high and their fists clenched in solidarity once they reached the end of the runway, as a pose for the cameras.

Keeping the show going with its native-inspired trends, the audience also saw prints that are popular in the Native American culture. Tribal prints and symbols were a huge trend in this show, as well as vivacious colors such as yellow, green, turquoise and red. 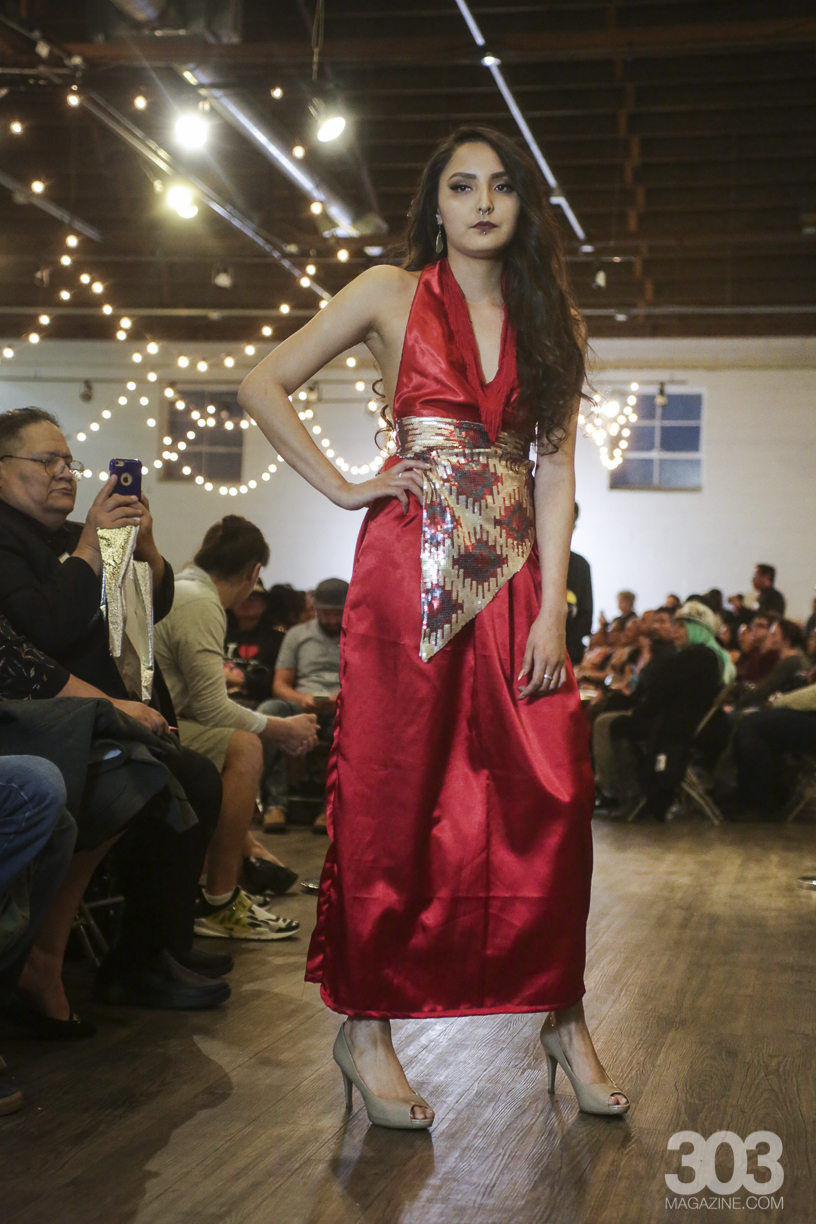 To steer away from the traditional native prints, shapes and colors, the audience was introduced to formal wear by the end of the show. We saw untraditional fabrics like satin, sequins and even faux feathers on some of the dresses that were walking down the runway. This could very well be considered to have been the ‘big bang’ to end the show. Both long and short formal dresses were seen, all of which were colorful and had a fun detailing added to them.

This fashion show was more than a chance to see all 11 designers’ newest work, but an eye-opening and learning experience for the audience as well. We learned more about a community that uses their voice against injustices in today’s society through art and fashion.

All photography by Emma Pion-Berlin. Go here to see the full gallery.