Catching up with Dragondeer frontman Eric Halborg perfectly depicted the heart and soul that exists within Denver’s live music scene. In just a few short days, Dragondeer is releasing their first full-length album, If You Got The Blues. The March 2 album release date precedes the band’s debut at the Bluebird Theater on March 10, which is just a hop, skip and a jump from Halborg’s Denver home. Though their first six-song EP gained some traction, and thus attention from the likes of AEG, If You Got The Blues and the accompanying Bluebird show is sure to bring Dragondeer further into the spotlight this year.

With the help of Boulder’s Madison House, who signed the band just last year, Dragondeer’s scheduled gigs have since tripled. The future holds a number of upcoming special announcements, including a handful of festival slots, Halborg let us know. The momentum around Dragondeer is slowly building, and with this newly acquired up-and-coming status, it’s about time that we got to know this band, their story and what’s on their horizon. 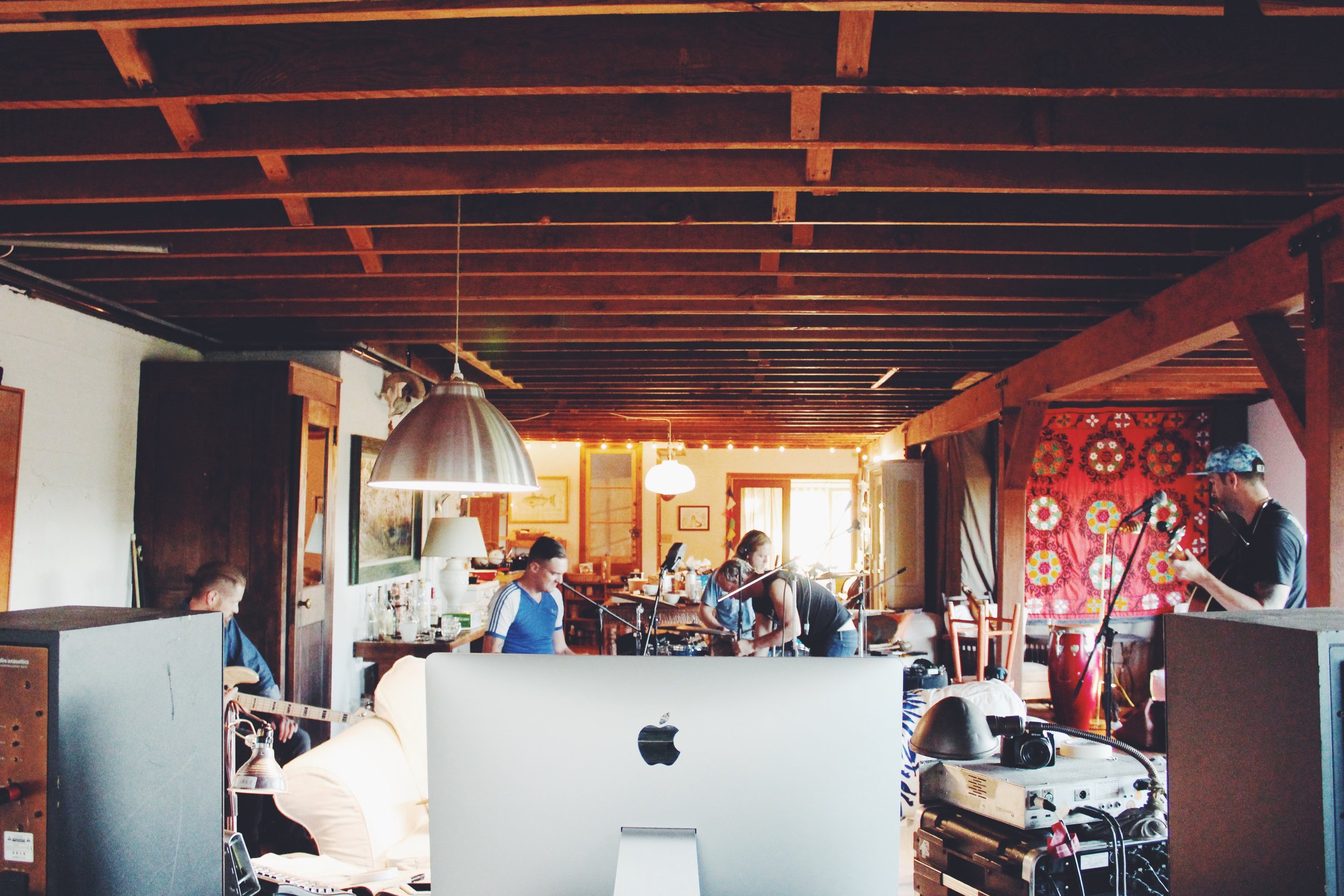 Dragondeer started with a mutual love of the blues between Halborg and mandolinist Cole Rudy. Prior to 2013, Halborg and Rudy were busy with their separate lives as aspiring musicians. Halborg was producing a friend’s solo album who looked to Halborg to bring in a mandolinist, and from that moment the seed that would become Dragondeer was planted. Once the studio job was said and done, the pair set out to create their version of a blues band, with Halborg on harmonica and Rudy on mandolin.

”We were two indie kids playing music unassociated to them,” Halborg said of the duo with Rudy. It was when percussionist Carl Sorensen and bassist Casey Sidwell were brought into the group that the band caught the attention of the AEG promoters who found and booked them opening slots for bigger names. The now foursome began to create their blues-based sound, including elements of funk and Motown— striving to get “all the soul elements to sink into the stew. The music is blues-based, but it’s our own take on it.” 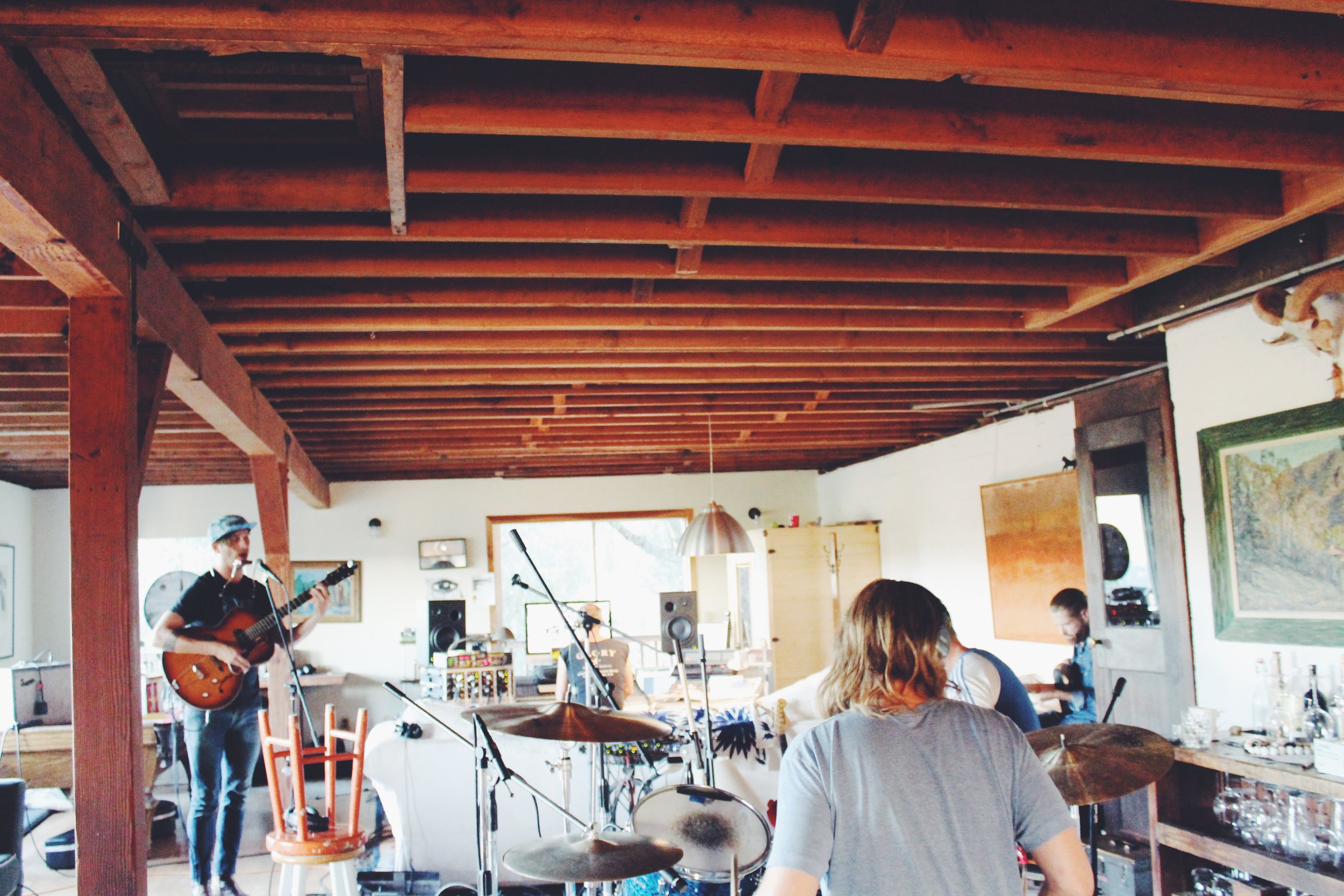 If You Got The Blues was recorded in Topanga Canyon, California, “just a couple valleys north of Los Angeles.” Coincidentally, Halborg’s brother-in-law had become friends with big-time music producer Mark Howard, who has worked with the likes of Bob Dylan, Willie Nelson, U2, and many more. Halborg’s brother-in-law gave Howard Dragondeer’s demo tape anonymously, “just to see if he dug it on merit.” He did, and within a month had the band out to a rented home high in the hills of Southern California for one of his infamous recording sessions.

As Halborg described it, Howard’s claim to fame were these “mobile recording setups, [where] you lived where you were recording.” With equipment in every bedroom and the band playing in the common area, Howard told Halborg, Sorensen, Casey and Cole that they had “three swings at it, and then we’re moving on to the next song.” This incredibly unique recording session was, for Dragondeer, “challenging, but exciting to be creating in real-time. The process was super organic.”

The songwriting process for Dragondeer is just as organic as their time working with Howard. When one comes to the other three with the skeleton of a song, it goes into the “Dragondeer incubator,” whereupon the foursome will hash it out together. All in all, the members of Dragondeer are simply “bewitched with songwriting,” as Halborg put it. As aspiring musicians and songwriters,  Dragondeer is “living by the wisdom being passed down through music.” At this point, Dragondeer has this big, awesome chance to hone in on their talents and live up to their full potential, which may just include taking the Denver live music scene by storm.

Tickets to see Dragondeer on March 10 at the Bluebird Theater are available here.