After a long-awaited Colorado show, Bon Jovi finally returned to the Pepsi Center on a mission — to prove that Denver hadn’t been forgotten. With a nasty sprout of bronchitis canceling last year’s performance, the Mile High City was itching for the historic rock star to once again give everyone their dose of bad medicine. Performing with fellow rock band The Patti Fiasco, the night was packed with leather pants, guitar riffs and raw vocals, allowing audience members to let their hair down and enjoy a night of Fender-fueled fun.

The evening began with the projection of an American flag pouring across the stage, as the melody to “This House Is Not For Sale” trickled into the arena. For attentive onlookers, shadowed outlines of the band members could be found beyond the display, earning sporadic screams throughout the venue — yet once the flag finally dropped and their presence was made known to all, the arena went into a frenzy. In tight leather pants, the 56-year-old frontman Jon Bon Jovi immediately plunged into his signature, spider-like stance, proving that true rock stars never lose their charisma — or their toned thighs. 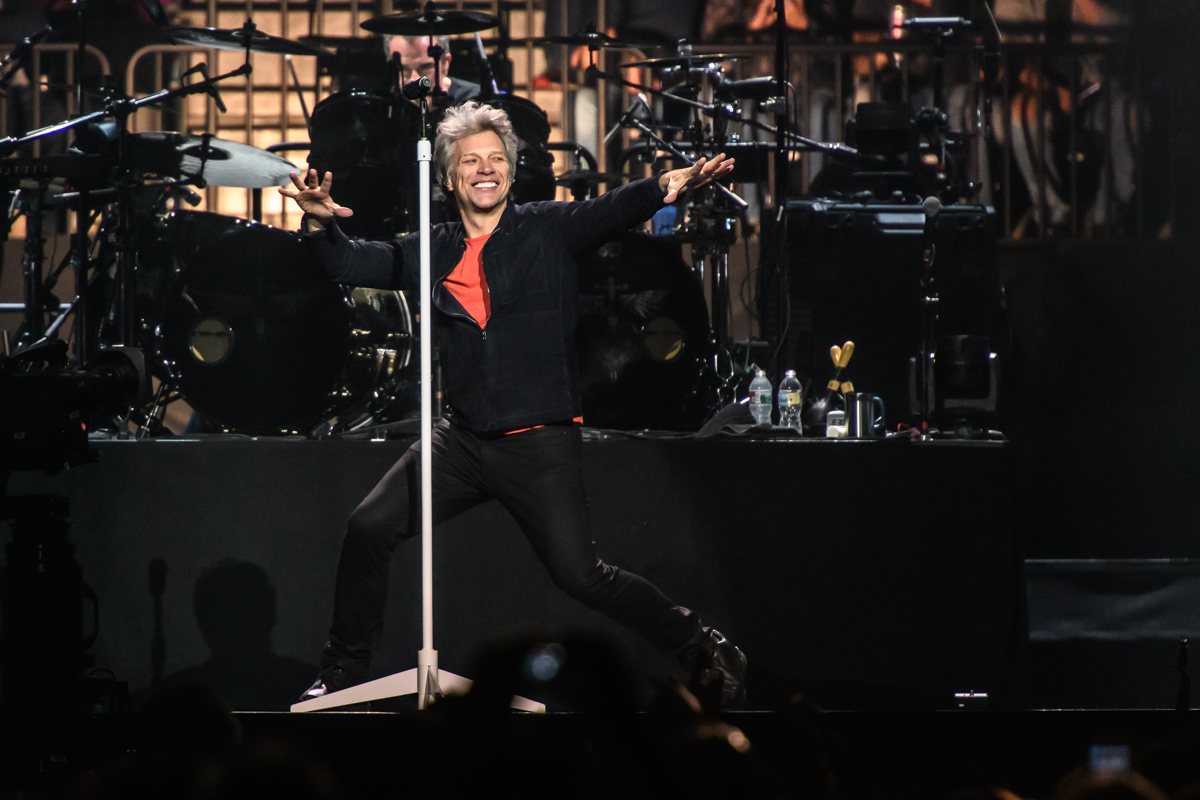 “Good evening Denver,” the singer bellowed, flashing his trademark pearly whites. “When looking at the ticket stub, I forgot to look at the year,” he joked, acknowledging last year’s disappointment. “I know I’ve got a lot of making up to do.” So into his pleasing hits he plunged. Following with “You Give Love a Bad Name,” the rocker was over-powered by the audience’s vocals that would eventually close out the song, confirming a forgiveness of 2017’s misfortune.

The group continued to mesh the new and the old, with songs such as “Lost Highway,” “When We Were Us” and “Born to Be My Baby,” leading the crowd down the band’s musical memory road. Throughout the evening, Bon Jovi reminded everyone of how special this night truly was, with the bands first self-titled album also released on this date exactly 35 years ago. “Denver was one of the eight towns in the country that would play my songs even before the album released,” the singer shared. “We’re going to walk into Cleveland’s Hall of Fame next month knowing you guys have always been there for us.” This inauguration will be taking place in April, with Howard Stern inducting the worthy rocker. 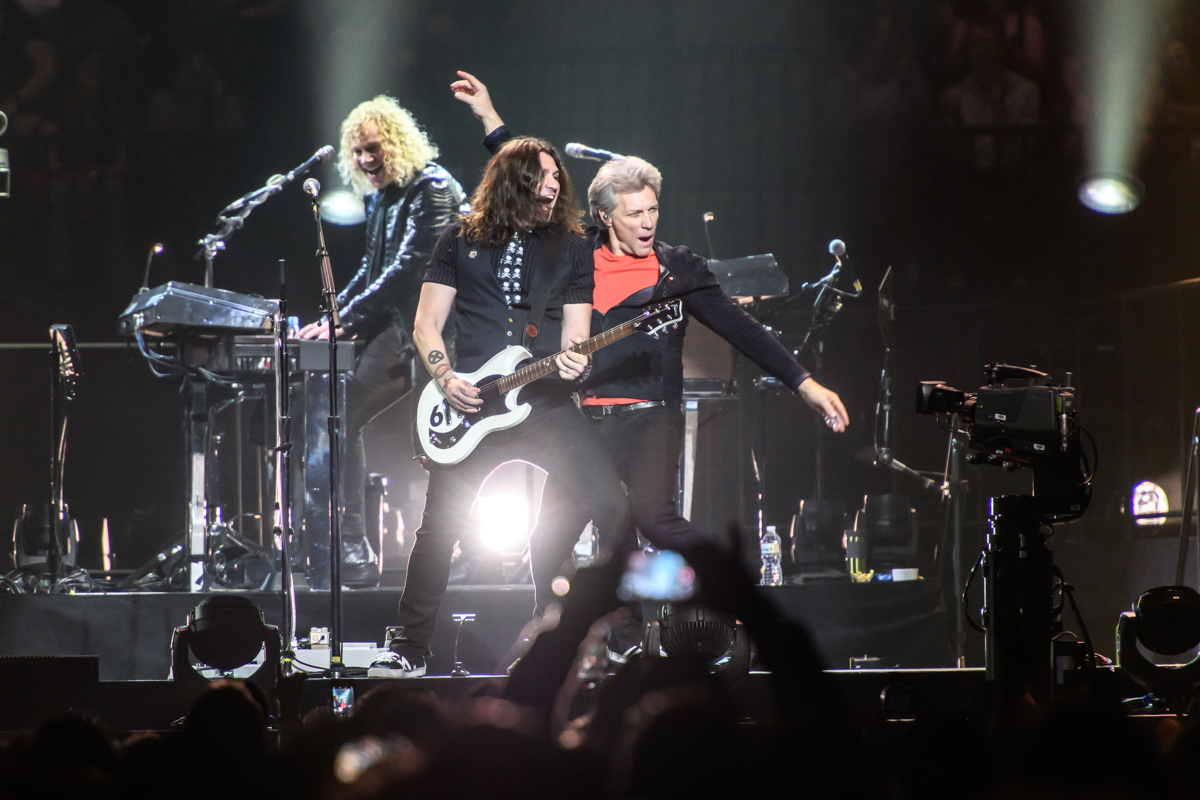 Then, in Bon Jovi fashion, the singer immersed himself amongst the audience in his signature concert stunt. Flocking the stage-left crowd, the vocalist performed beautifully executed ballads of “Amen” and “Bed of Roses” amongst his fans, even slow-dancing with a lucky audience member. With red lights streaming into every corner of the venue, this passionate portion of the night reminded everyone that Jon Bon Jovi’s vocals have only grown more magical over the years.

Once returning to the stage, it appeared that the night was coming to a close as band members slowly exited from sight — but Denver wasn’t having it. While continuing to stand out of their seats, the Pepsi Center audience illuminated the venue with flashlights and lighters alike, encouraging the band’s return. Finally, the band succumbed. “I want to thank you from the bottom of my heart… for your kindness, your patience and your friendship” Bon Jovi ended, finalizing the night with an acoustic-turned-rock cover of “Livin’ on a Prayer.” With endless cheering accompanying their bows, there is no doubt last year’s hiccup has been rectified for the Mile High City.

All Photography Courtesy of Mark Tepsic