The Best Sour Beers In Colorado

In life, there are a few culinary firsts you always remember. For some, it’s their first sip of champagne or the first time they dined at a highly acclaimed restaurant. In the beer world, everyone remembers the first time they tried a sour beer. And if someone tells you it was a wonderful first sip, they are most likely lying. Wild, spontaneous and sour beers are distinct, direct and may leave unaware drinkers wondering if they are drinking a bad beer with that first sip.

It’s the second sip that lures you in — from the tart, to the funky to beers that leave your face puckered sour beers create a lasting impression. In Colorado, we are particularly lucky when it comes to this style as one of the places where the style first launched in the United States. The dedication to the craft of these beers has expanded over the years. It’s rare to walk into a brewery that doesn’t have a style of sour beer on tap — in addition, there are several breweries dedicated to all things sour.

Read: A Brief History of Colorado’s Long Love Affair with The Sour Beer

With so many options readily available, it can be hard to know where to start. We have broken down the best sour beers in Colorado. Whether it’s your first sour or you are looking for something that harkens to the longstanding Belgian tradition of sours, there is a beer on this list for you. 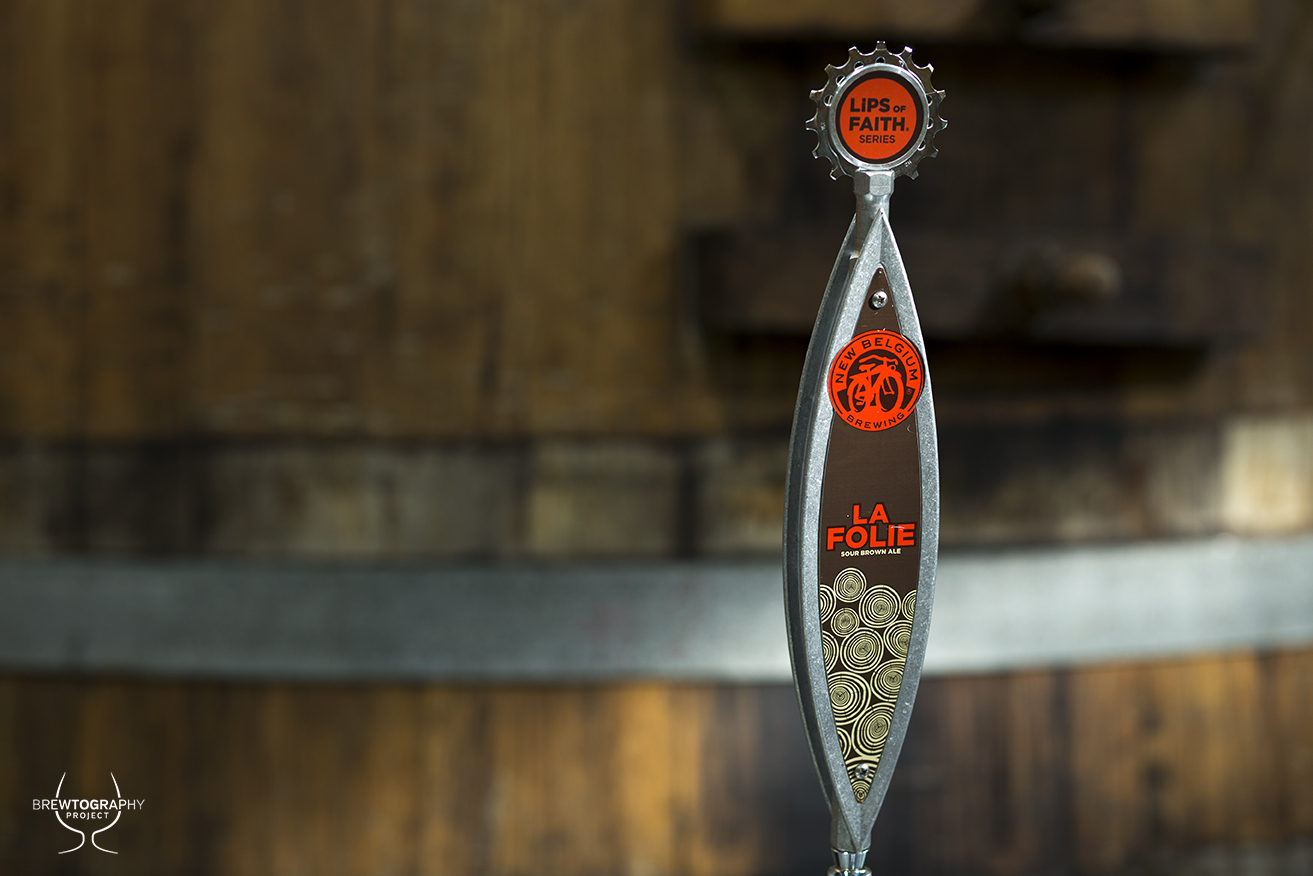 New Belgium. Photo by Dustin Hall of the Brewtography Project

If you are looking for the best sours that are available on the regular to keep your fridge stocked or are looking for beers to guide you on your first our experience this group is it. These sours beers will still wreck your palate for the day but the sour will dance upon your tongue in a welcoming way. As with all things you should start with the original. La Folie from New Belgium Brewing Company is the sour beer that started it all in Colorado (and some would argue across the nation). This is a sour brown beer that is wood aged. You get cherry, plum, green apple and even caramel – it’s pucker-inducing but finishes smooth.

On the other side of the spectrum — a sour that isn’t barrel-aged — is Sour Apricot from Dry Dock Brewing Company. This kettle sour is tart, a little bit sweet and nicely carbonated. It’s a crushable sour which is a hard combination to find. Another unique and approachable sour beer is Dyad from New Image Brewing Company – this Kombucha Brett Saison is a combination of farmhouse style beer and kombucha. It’s less truly sour and funkier and tart for those who are looking for a great entry beer to the style.

Avery Brewing Company offers a lot of sour options. A large portion of its brewery only releases are sour beers that have been aged in various types of barrels — for example, tequila barrels. Those special sours are great beers but there is one sour beer that Avery has on the regular that truly stands out. The Raspberry Sour is delectably tart, luscious, layered and incredibly silky on the mouthfeel. This beer is a great example of what a sour beer can be when paired with the right fruit and the right barrel. 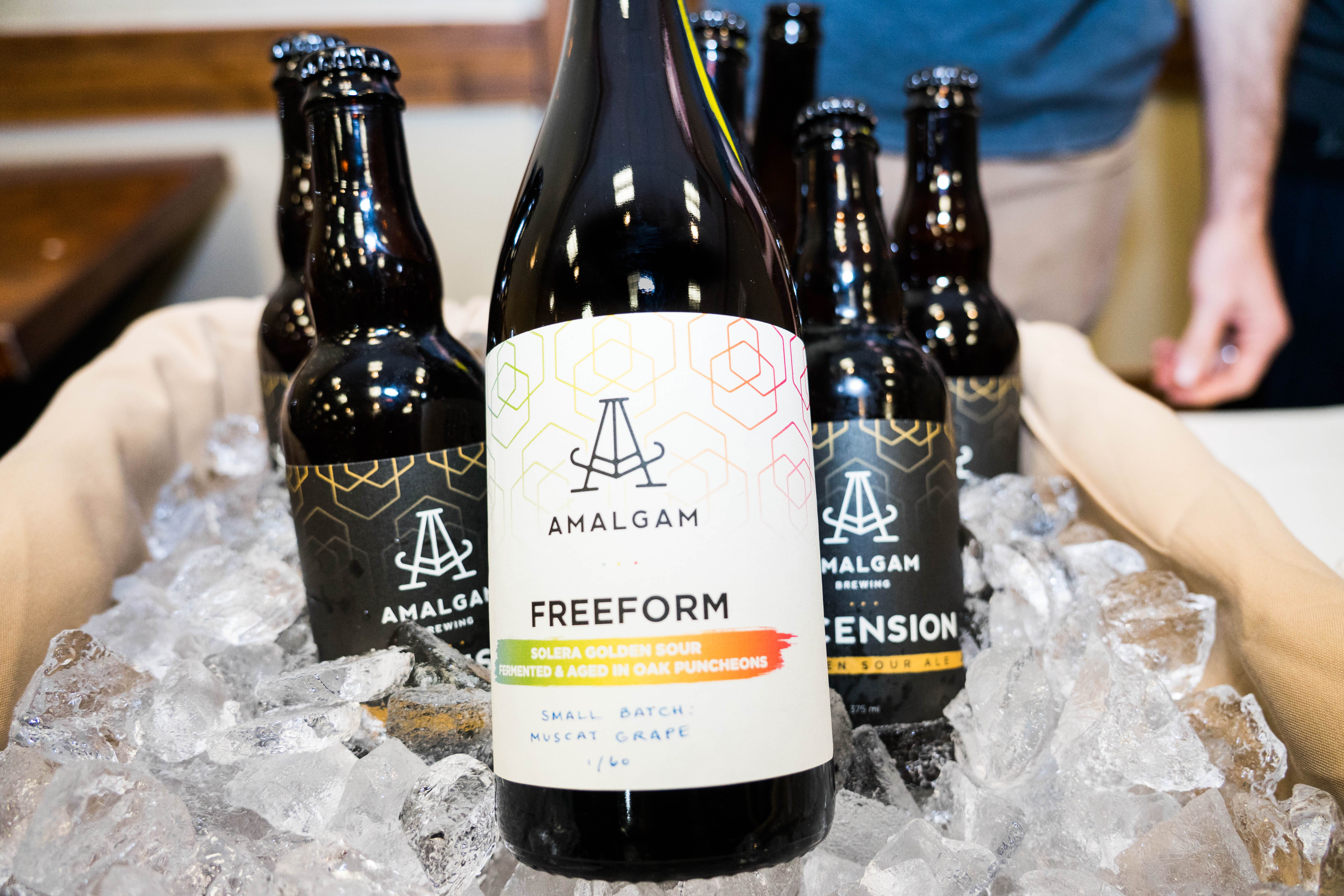 This next set of sour beers are for those that have found an affinity for the style and are ready to explore the sour beer world. In Denver, one of the first breweries to dedicate themselves to the sour beer style (they have since expanded to include a full lineup) is Crooked Stave Artisan Beer Project. If you are looking for something utterly Colorado roll with the Colorado Wild Sage Brett Saison but if you are looking for what best represents the brewery on this list in our opinion go with anything from the Nightmare of Brett series. Each fruit variant version gushes with an expression of the fruit (for example cherry) and will pucker your face – you will want to go right back for that next sip.

A newer played on the sour beer scene is Amalgam Brewing who, as reported by PorchDrinking, will open a location down in Denver. As it gets ready to open you will have to watch for bottle releases — generally at smaller artisan liquor stores which have been the distribution model. The two series you will want to keep an eye on are the Composition and Freeform. Both series express not just wild and tart beers but allow for the dry hopping or fruit to take shine through.

Outside of Denver, there is also a lot great sour beer to found. Like all things — a little effort is greatly rewarded. Up north in Fort Collins Funkwerks has been bringing heat to the sour game for quite a while. The beers are consistently well done and the intimate taproom should be on your must-visit list. For this list — the top beer found year-round is the Raspberry Provincial. This award-winning beer is sour with the main flavor of raspberry shining through with notes of citrus, lemon.

Down south, tucked away in a town many haven’t heard of, you will find Paradox Beer Company in Divide, Colorado. The Skully series is how Paradox explores its barrel-aged sour side — the combination of flavors in this series is too long to list in this article. But out of all the beers in the Skully series, the one that stands out to us is Salty Lemons — it’s so nice it’s been brewed twice. This beer is a sour golden ale brewed with fermented Meyers Lemons that have been packed in salt. The flavor is crisp, sour and something you don’t often think of with sour beers – savory. 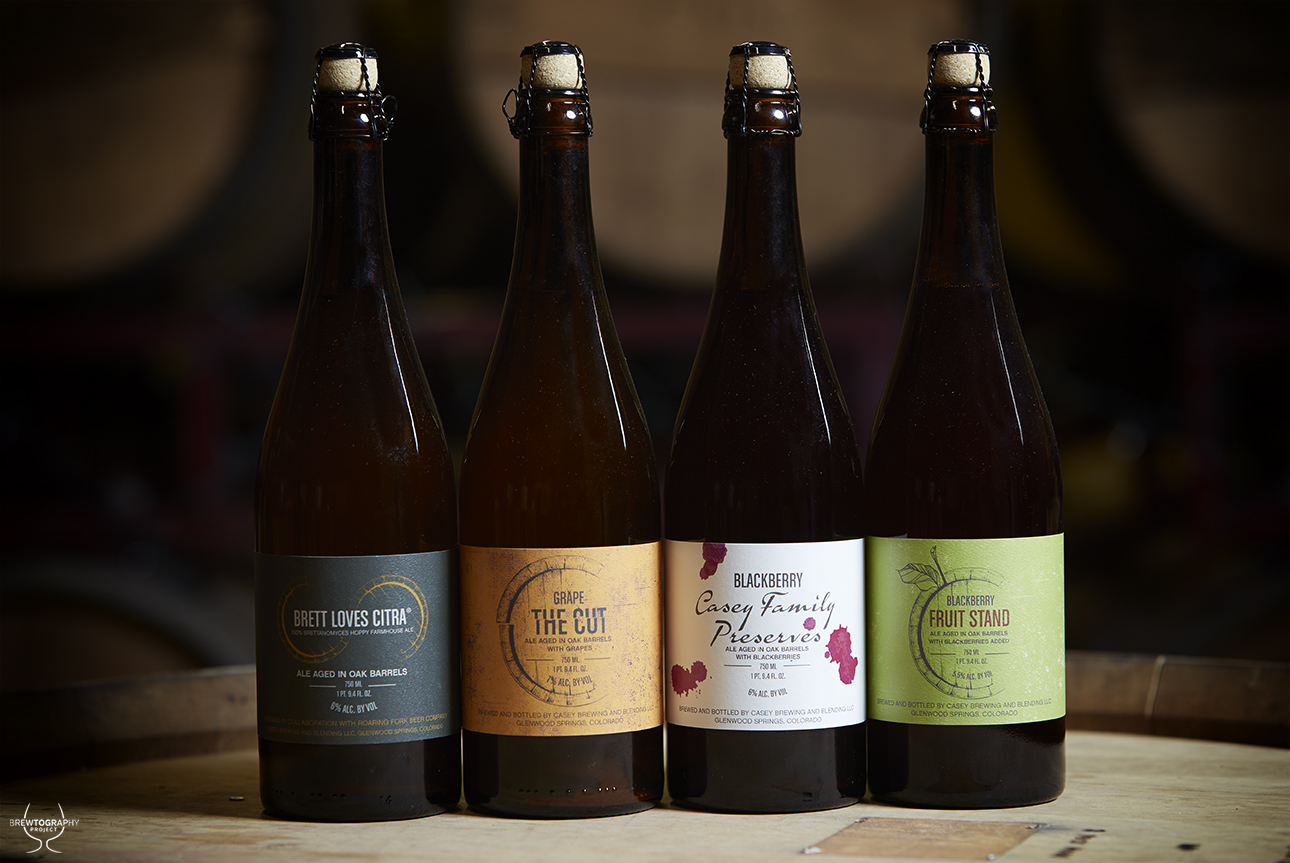 Casey Blending and Brewing. Photo by Dustin Hall of the Brewtography Project

It’s hard to declare the best of the best. We acknowledge that but there are two breweries in Colorado that have been showing out on the sour scene. On Broadway, in South Denver, there is an unassuming building — if you aren’t looking for it you will miss it and that’s on purpose. Black Project Spontaneous and Wild Ales is dedicated to the craft and method of traditional sour beer. On tap, you will find beers such as DREAMLAND and MAGIC LANTERN but that is only the beginning of what you can expect from the brewery. The best beer Black Project has put out and the one you should put on your calendar is the ROSWELL series – which are fruited Lambic-inspired beers. The best of the best in our opinion was the guava. It’s incredibly difficult to capture the essence of that fruit. But we know the fruits featured this year (although not yet announced) will be no less enticing.

Last up is Casey Brewing and Blending located in Glenwood Springs. This brewery focuses on sour beer and local Colorado ingredients. No time, cost or effort is spared in the process and the end result is phenomenal beers. Two of the main staples are the Fruit Stand Series and the Casey Family Preserves Series — both are littered with robust fruited beer. Casey takes it one level further with the special release of Leaner and Jammy both beers are in collaborations with Side Project Brewing. Side Project Brewing is a 100 percent barrel-aged, mostly barrel fermented brewery focused on rustic saisons and wild ales located in Missouri. The beers are fruited farmhouse ales — Leaner is with peaches and Jammy is with Blackberries. These beers only release once a year and the tours, therefore the opportunity to buy the beers (you cannot just show up at the brewery it’s by tour only for consumption and purchase) sells out extremely quick. We lean towards Jammy for our final pick – it literally explodes with blackberries, funkiness and an addictive level of sour.

If you enjoy wild, spontaneous and sour beers — living in Colorado is a dream come true. It’s arguably the epicenter of the style’s movement. The competition, collaboration and growth in the style here in Colorado have led to a bounty of delicious beers.