Black Project Spontaneous and Wild Ales has always done things its own way. From its beginning in the backroom of Former Future Brewing to its emergence as a player on the national craft beer scene, Black Project has a certain swagger and belief system. The shroud of secrecy around its beer, its locations and agent (membership) program are done with a deliberate purpose. It isn’t like most to drive hype and demand but rather to re-focus the attention to the beer — a quality beer that is brewed with the utmost respect for tradition while exploring the limits of what wild, sour and spontaneous beer can be.

In case there were any doubts, James Howat founder, brewer and blender lays it to rest. “Rare isn’t a part of the brand.” 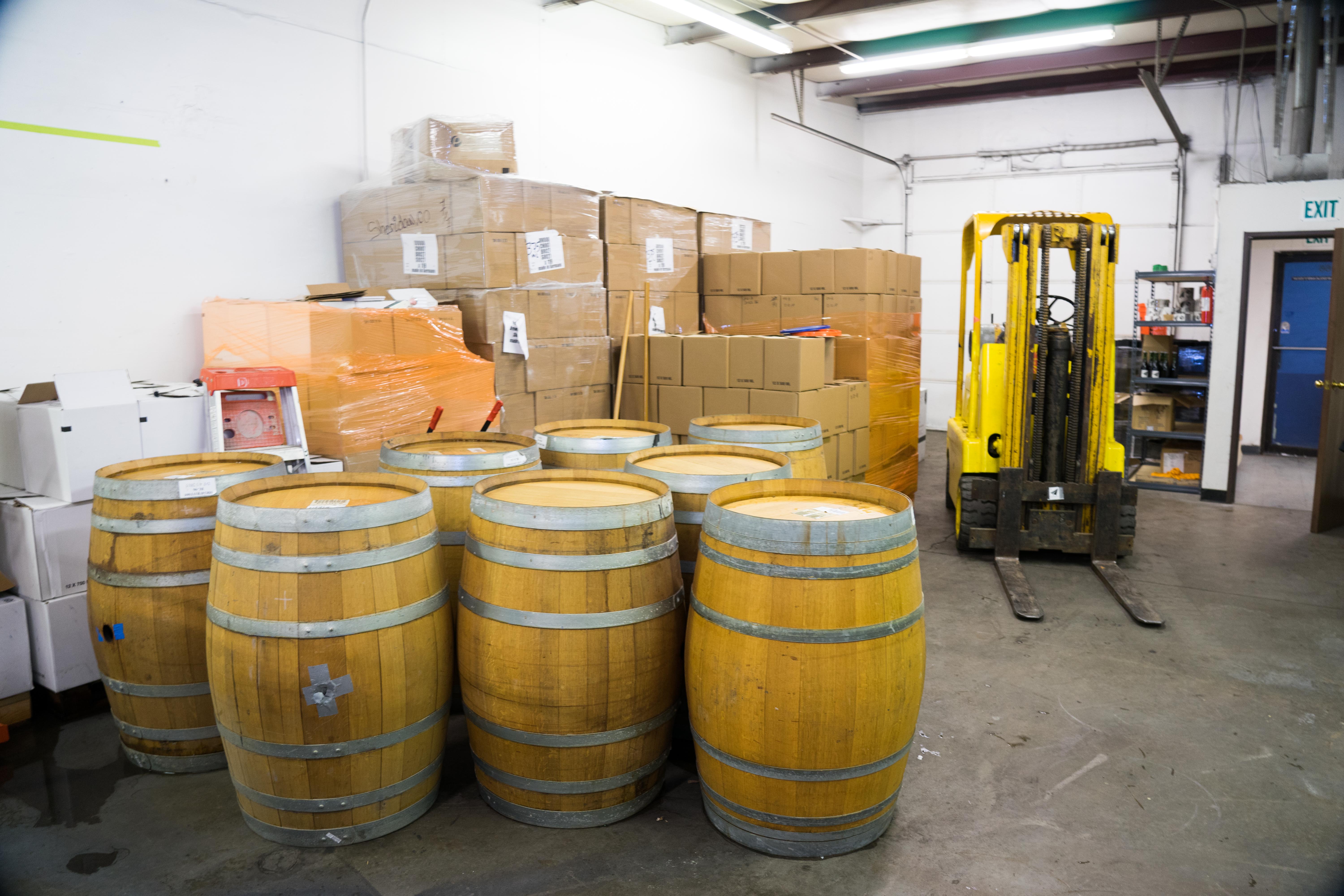 Black Project is a small brewery. Breweries which focus on this style of beer and attention to detail (ingredients, process and barrel aging) take time to hone its craft. Growth, however, has found its way to Black Project. This growth comes in the form of a brand-new secondary location that was acquired last year. Just in case you were thinking of asking we will lay it to rest right away — we cannot and will not tell you where it is located and are very appreciative to have the opportunity to visit. This new addition to the Black Project family, aptly named Elsewhere, is not going to be accessible to the public. And while fans of the brewery might find themselves saddened to hear that news they will soon appreciate what this location is going to do for them.

Moving forward, all of Black Project’s beers will find their final bottle resting place at the Elsewhere facility. The location is home to the bottling line, which is gravity fed, meaning Howat lifts the beer up into the air with a forklift that used to call WeldWerks home to fill the bottles. This is also where Black Project will house all beers as they bottle condition – beers like OXCART and CYGNUS fall into the Methode Traditionnelle process and require four months of bottle slumber before being released to the public. The new location will also serve as the storage space Black Project has never had. No longer will Howat and his crew have to crawl over boxes and bottle in between barrels.

The result of this extra space means that the original Broadway location for Black Project can now house more barrels and expand its ability to brew. Don’t line up just yet – according to Howat.

“We’re still limited by our three-year beer. When we were making it we had a lot fewer barrels – it takes time for all those barrels to come online, it doesn’t happen within one calendar cycle,” he said. 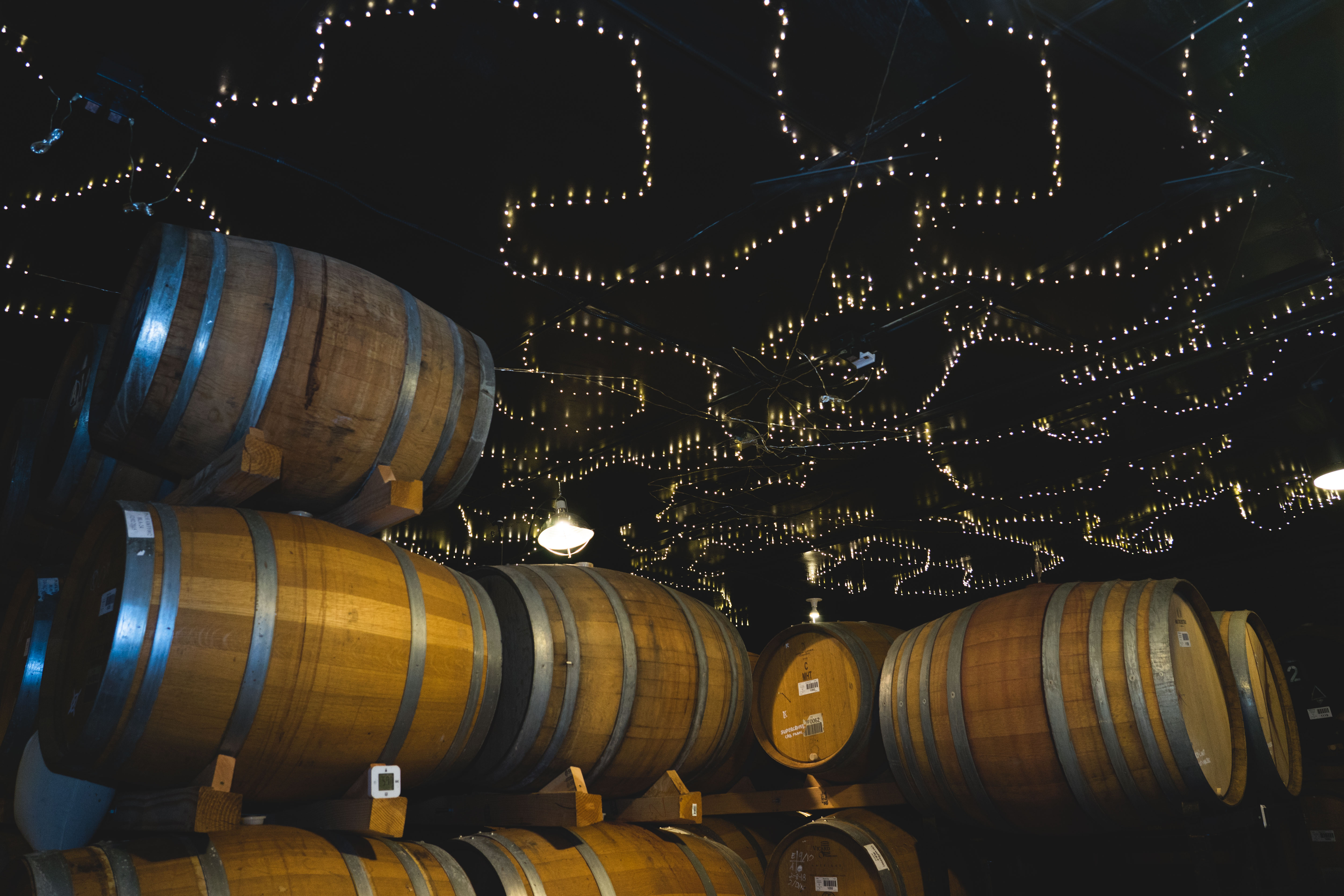 Organic, incremental growth that fits the beer is how Black Project makes its decisions. With the addition of the new location, there has also been growth within the Black Project team. With the exception of one, every member of the Black Project team has started part-time from working behind the bar to processing fruits and worked their way up. Despite what brew day pictures might suggest, the brew day itself is anything but glamorous.

It’s hard and downright dirty for hours on end. The people that embrace it are the ones Howat seeks for his team. People who want to dig in and embrace the culture Black Project has cultivated. A recent addition to the team is the brewer, Skip Schwartz from Wiley Roots brewing will be the first member of the team who has actually brewed outside the walls of Black Project. The team expansion will give Howat more time to do what he does best – focusing on finding the perfect blends for upcoming beers and enables him to shift his focus towards future experimental beers.

Howat puts this staffing increase into perspective. “It used to be just me. Now it’s me plus two full-time people and one part-time person,” he said. A move that was needed. “Beer was getting ready faster than we could put it into bottles.” 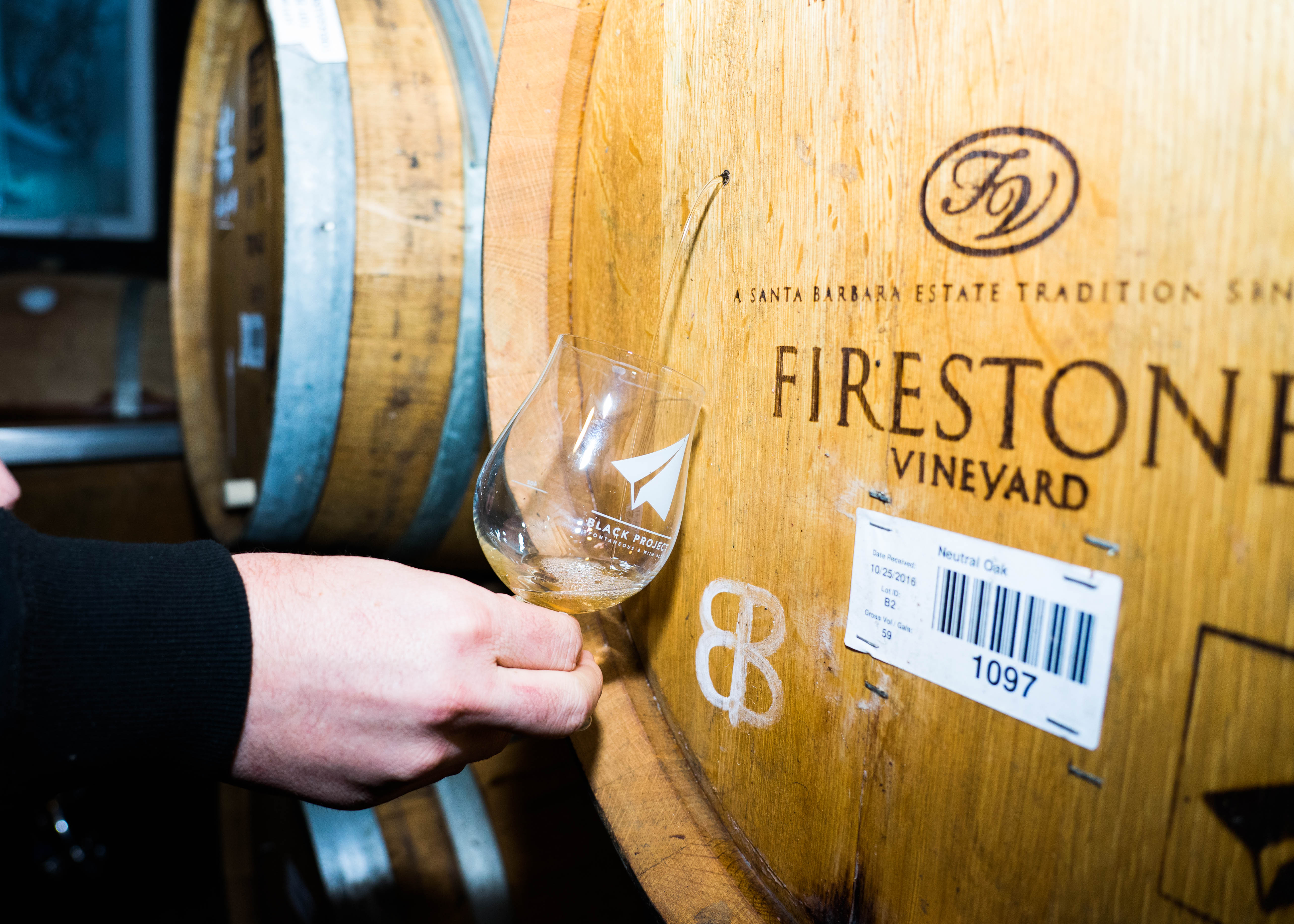 Expansion and growth are a reflection of the beers, but it is also the reflection of the support Black Project receives — not just in the Colorado craft beer scene — but across the country. With that in mind, it’s time to give the people what they want – a glimpse into the beers that are coming. Details may still vary but there are certain things you can expect over the next several months.

The lottery system is here to stay – no system is perfect but this is by far the fairest approach – it also avoids massive line issues and the majority of the bottles are staying local. The smaller format bottles – the 375ML and 500ML bottles are going to be utilized to give greater access to the beer but larger formats will also be released.

On OXCART and CYGNUS, you can expect the smaller format bottles. For those of you lucky enough to win the CYGNUS (Blend B) lottery you might have also noticed the green bottles – this goes back to Methode Traditionnelle. What you might not have noticed was the cork – it’s 100% cork versus cork and binder (glue). An interesting side note: the corks on these beers will have the year on them and when the beer is first packaged there is also a chance the beer may come out passed the cork according to Howat.

The attention to detail expanding past the beer to the packaging is intentional. Howat is, “trying always to put the beer in a package that represents it.”

Moving forward you can expect one beer release a month (maybe more) from Black Project. There will be one more CYGNUS released, MACH LIMIT and SUPERCRUISE are also on the horizon. This year you can expect four blends of OXCART and ROSWELL is anticipated to make its return in July. There will also be the first ever two-pack released that will pair two beers, ATLAS and THOR which according to Howat are sour reds utilizing black currant and plum and is “kind of like ROSWELL.” In addition, you can look forward to Black Project releasing collaborations with Mr. B’s Wine & Spirits along with Finn’s Manor.

In case you’re curious, or perhaps you think you know, the numbers surrounding any and all releases will not be shared. There will be numbers out there but we are here to tell you that Black Project firmly believes in disinformation and there is actually a disinformation campaign within the staff. Black Project keeps those numbers close to the vest and will tell you what exactly they want you to know to throw you off its trail.

The Future and The Lottery 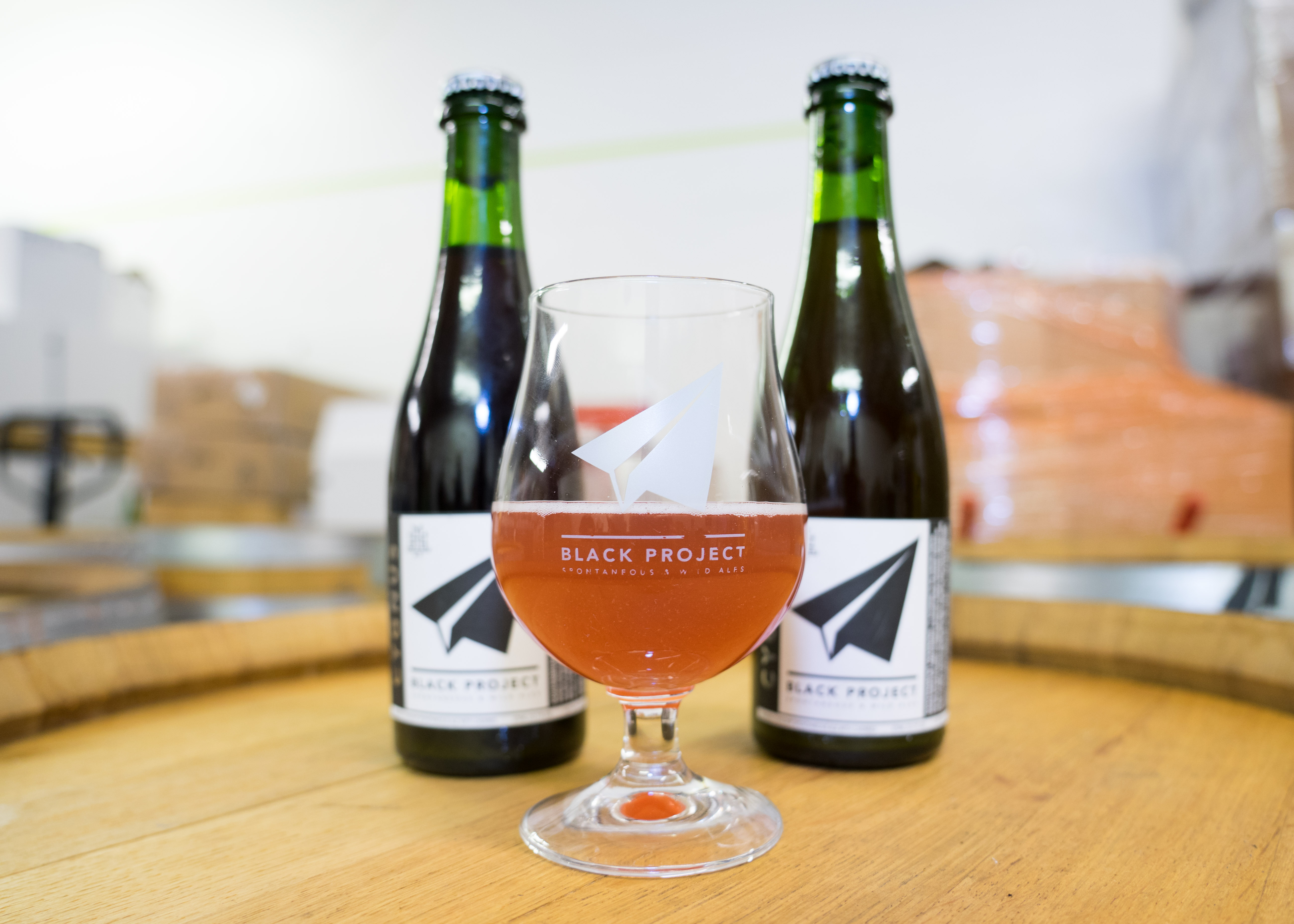 In 2017 there were approximately 350 barrels in use. In 2018 the number is expected to grow to 650 with the plan of reaching the final goal of 1,500- to 2,000 barrels in the next five years. While the growth is on target to double each year, Black Project is not looking to outgrow who it is and what is trying to accomplish. In the next 12 months, the brewery will also start looking for the right property to house the brewhouse and all those barrels. The goal is to find something along the Front Range. Don’t worry, local Denver Black Project fans and agents — the original location is going to be locked in for the next five years.

Not only did Black Project Spontaneous & Wild Ales let us snag an exclusive view into its expansion and future but they are asking us to help announce the latest beer release. Today, February 26, 2018, at 10 a.m. the next lottery is going live its for CYGNUS (Blend A). The lottery is open until Thursday, March 1, 2018, at 10 p.m. You can register for the lottery here.

Howat is able to break it down simply. “CYGNUS B is more fruit forward and CYGNUS A is a little more beer forward but both of them have very good cherry complexity.”

While picking a favorite is always difficult there was something about the CYGNUS (Blend A) that grabbed us – generally, we prefer more fruited beers but the way the cherry showcased the beer was just delectable.

Enter the lottery – you won’t regret it. Black Project may no longer be Denver’s best-kept wild and spontaneous beer secret but its growth is not only great for fans of the beer style but for the Colorado craft beer scene in general – growth and experimentation drive the craft beer culture.