Paul Michel and David Barnes dance a fine line between being subtly humorous and completely misunderstood. That’s what makes their new clothing line, Very Cool Club, so intriguing — the constant uncertainty about just how serious they want to be taken. Very Cool Club is a collaborative effort by Michel, who is also the brains behind Mountain vs Plains art and greeting cards, and longtime friend, Barnes. The Colorado natives met in high school when they were each other’s sister’s dates to the Carbondale High School Sadie Hawkins “Enchanted Sea Creatures” Dance (or so they say).

“Growing up, Paul was a total sweetheart, but probably more than a little misunderstood,” they explained. “And David, well … let’s just say he got stuffed in trash cans a lot in middle school. It didn’t feel great at the time.” The two survived schoolboy trials and tribulations and went on to enjoy a whole new set of questionable experiences as adults, many of which are referenced on Very Cool’s shirts.

We had to figure these two out, so we cornered them to learn exactly what it is they are trying to say, although we get the feeling they were cunningly evasive. 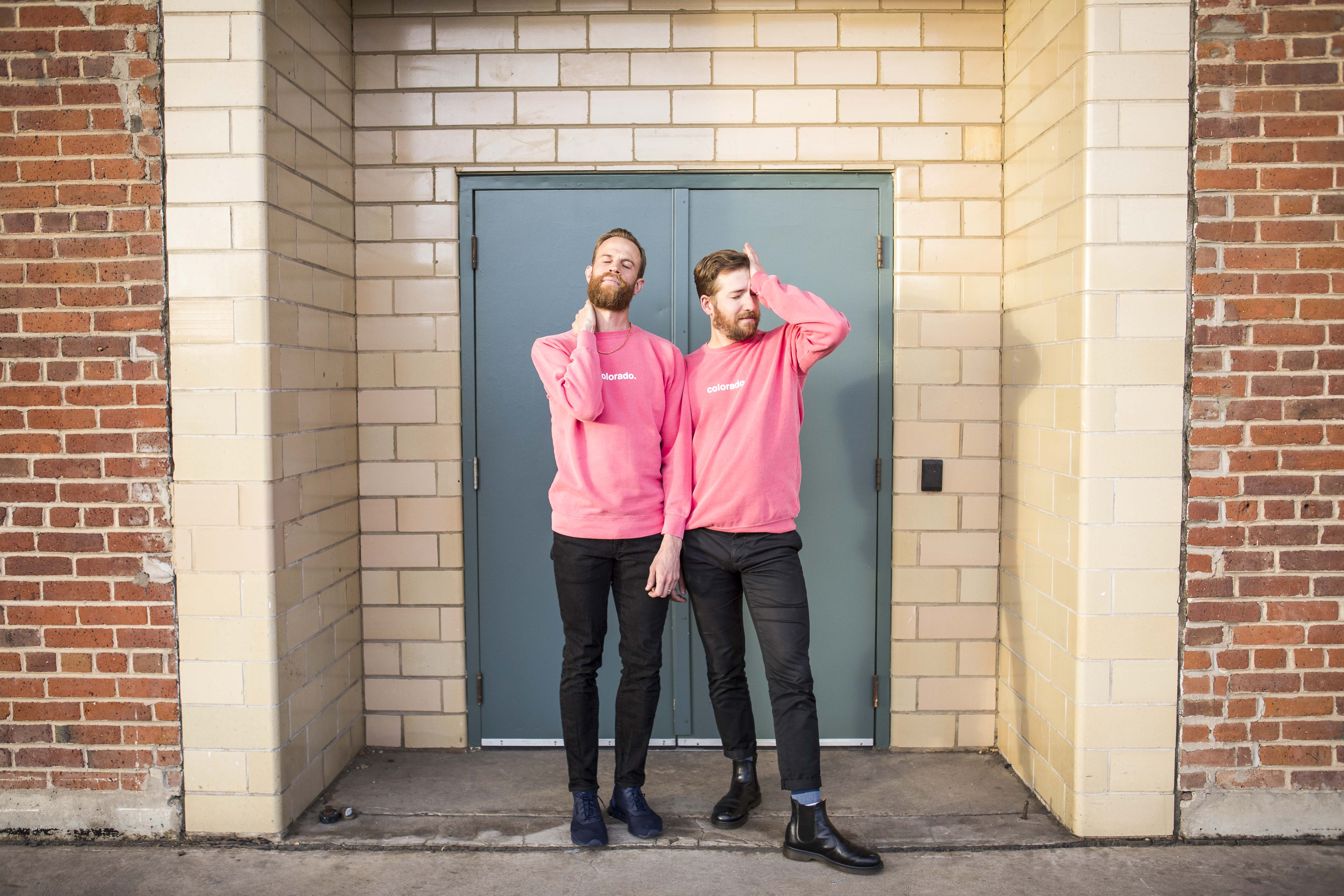 Very Cool Club: We’ve both always been really passionate about fashion. We saw a pretty big hole in the marketplace and figured we’d fill it right up. We decided on Very Cool Club because we thought it captured the ethos well.

VC: Our first run of designs happened over the phone while David drank a bottle of wine at the Ace Hotel in Chicago. Usually, we grab a few cups of frozen yogurt at the mall if we need some juice for the ol’ inspiration tank.

303: How do you decide what makes it onto each shirt?

VC: That can sometimes be the hardest part because there’re only two of us. We usually arm wrestle as the deciding vote.

303: Are there hidden messages to what you put out?

VC: Big Time. Lots of real political stuff in there. We usually like to hide an Easter egg in each shirt.

303: The voice on your apparel seems to be coming from a guy struggling to have an epic life. Is that intentional?

VC: Jesus Christ, that’s a heavy hitting question! But yes, that’s about right. A lot of it is sort of a commentary on the time period that we find ourselves in. We’re all trying to broadcast and project how amazing our lives are when, in fact, life can be incredibly mundane and depressing a lot of the time. Our shirts hope to gently poke fun at that disparity.

303: What have been some of your greatest challenges and successes so far?

VC: We haven’t experienced a single challenge to date, but welcome it gladly. In terms of successes, both of us have been eyeing a couple of new Range Rovers, but we haven’t quite pulled the trigger yet.

303: What would people be surprised to know about you?

VC: Most people view us as total fashion moguls, but in reality, we’re just a couple of normal guys having a complete blast over here.

VC: We’ll keep churning out the red-hot vibes. Keep your eyes peeled for a limited edition Garth Brooks crew neck about to hit the web hard.

All photos by Amanda Piela, unless otherwise stated. 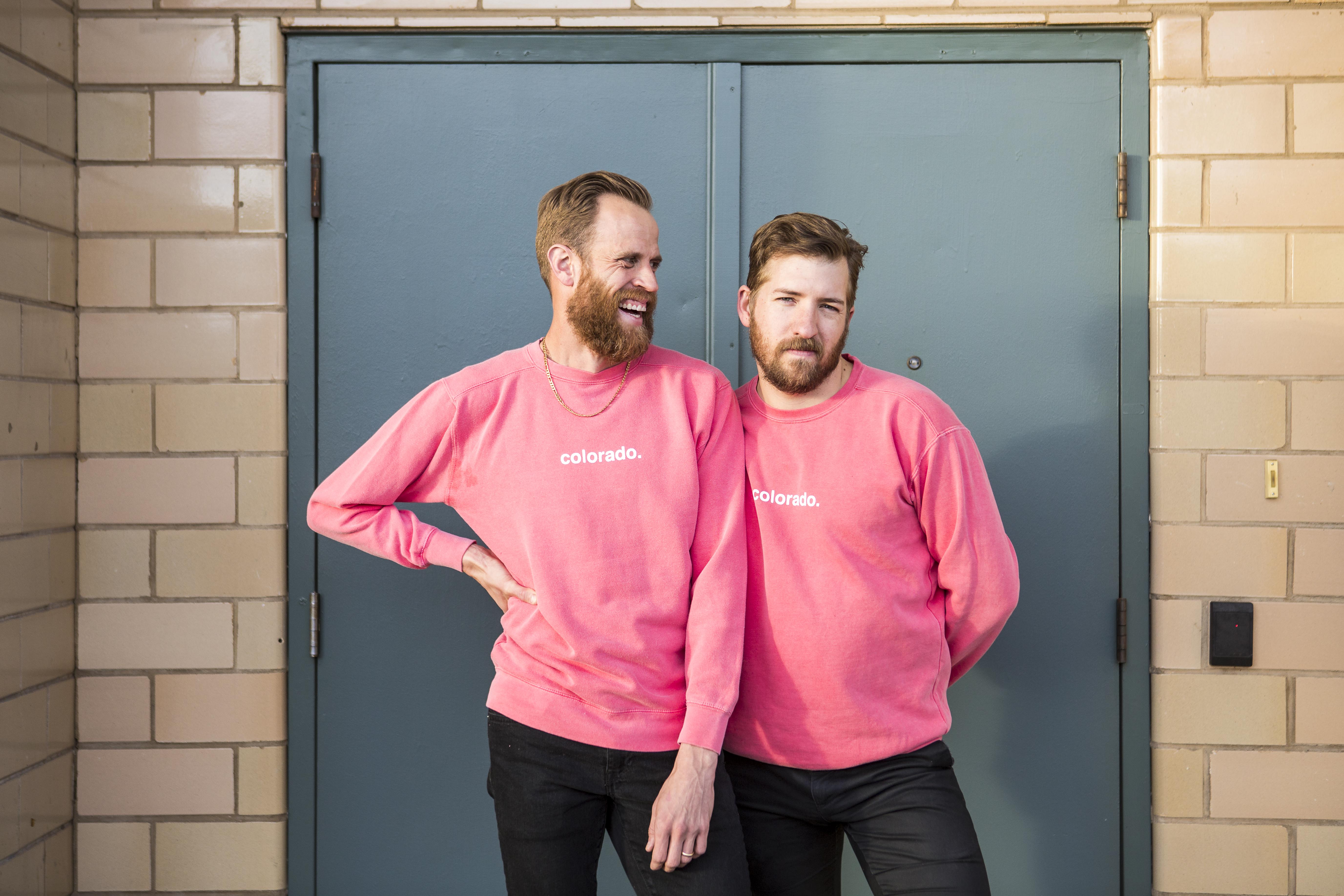