Last night, Lights proved that her only destination is up as she encapsulated on-lookers at Summit Music Hall. Joined with openers DCF and Chase Atlantic, the pink-haired princess (birth name: Valeria Poxleitner) proved that although she is tiny, she is certainly mighty. Hitting Denver as the tenth stop on her “We Were Here Tour,” the artist showed all of her colors in a vulnerable and stunning performance.

Unfortunately, the night started cold as squeaky microphones and a confusing Uncle Sam outfit left the crowd distant towards opener DCF. As he delved deeper into his promising vocals, the singer proved he could warm up an audience that originally gave him the cold shoulder.

For anyone who was still lukewarm in the crowd, openers Chase Atlantic were more than happy to start your fire. With performances of their steamy songs including “Friends,” “Into It” and “Swim” one couldn’t help but feel hot and bothered by the sexy trio hailing from Australia. “I fucking love the energy in this room,” lead vocalist Mitchel Cave announced. “This might just be my favorite show.” 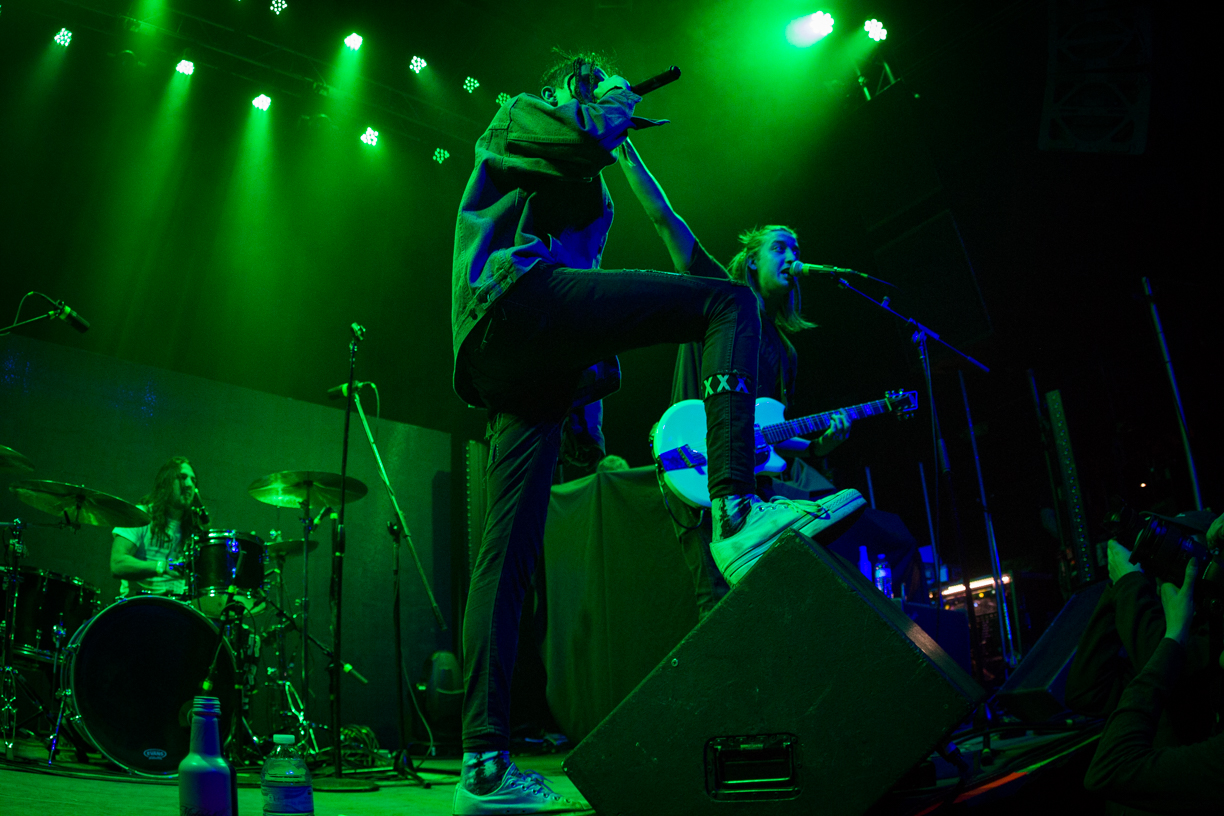 With clearly mutual seductive vibes, ravished audience members held onto every lyric from the band’s latest self-titled album. As the heat in the room proved too much, all three men slowly stripped articles of clothing, earning numerous screams throughout the crowd. “Fuck, you’re amazing,” Cave exclaimed. Ending the night with signs reading, “Get Swabbed, Save a Life,” Chase Atlantic finished their set supporting a noble cause — the fight against blood cancer.

After much anticipation, Lights finally took center stage beginning with the song “New Fears” from her latest album, Skin&Earth. Mimicking just that —fear— the singer’s petite frame was swallowed by the deep blue screens around her, creating a haunting and curious entrance. As light slowly trickled onto the performer, the alluring thirty-year-old, dawning an over-sized rain jacket, socks and sneakers cried out,“Denver, what the hell? It’s been too long!”

Soon after, the set shifted into that of a saturated sunset as the stage flooded with hazy yellow, pink and orange lights. The audience was enlivened, while the singer’s blissful voice wafted throughout the crowded room. “What do you do when a man don’t love you?” Poxleitner belted out from her tiny frame. “He takes the sun from the sky above you” — and as the lyric suggests, the artist continued to invoke the theme of a transitioning night throughout her set, with her thematic sun slowing sinking towards the horizon in the song, “Savage.” 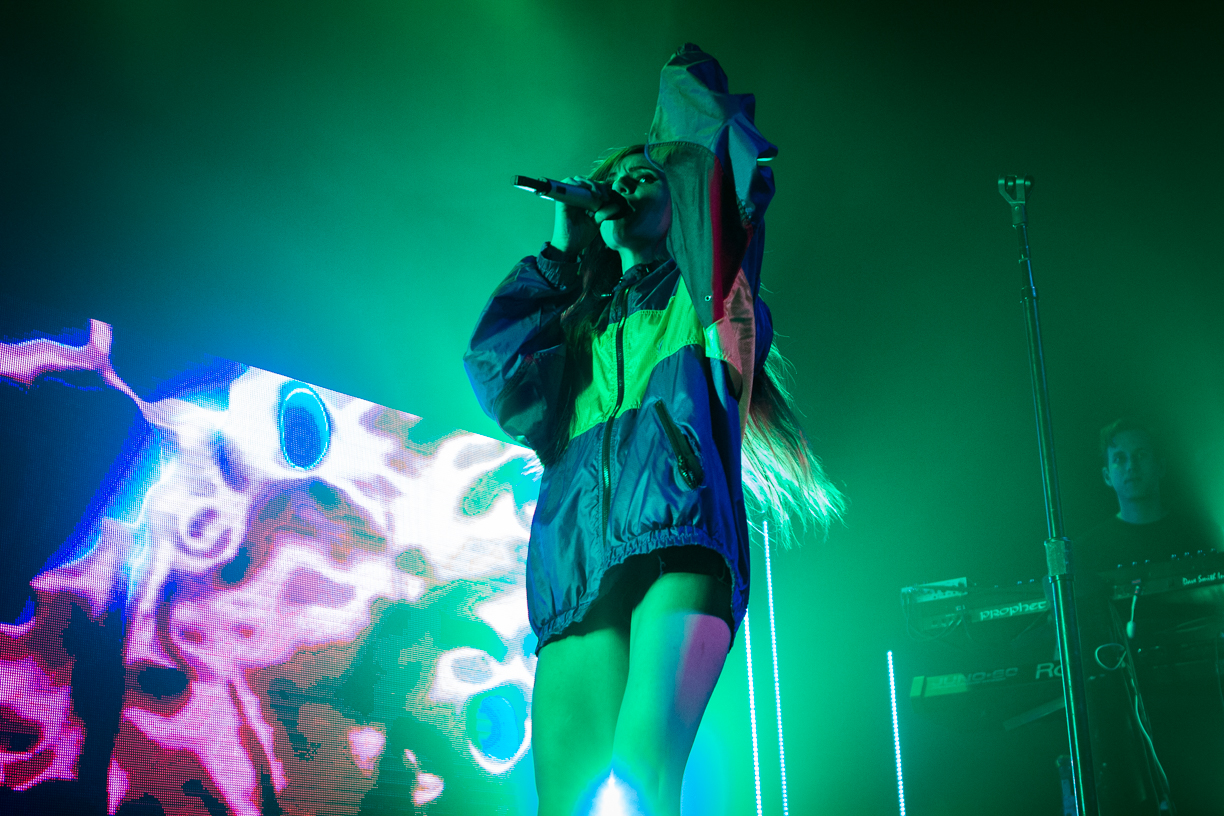 Yet so long as this sun was still seen in the sky, Lights would continue to brighten us all. Following with songs such as “Toes,” “Up We Go” and “Siberia,” the performer continued her upbeat streak. Each song awakened the crowd more than the last. “We first came to Denver back in 2008,” the stunning singer disclosed, finally sitting down for a moment. “Every year, we’ve been coming back stronger and a little more out of breath and a little more connected with you.”

Soon after, images of white, ghost-like masks engulfed the screen above while the room slowly dimmed into darkness. The sun had finally set on our stage as the melody to “Moonshine” snuck through the music hall, confirming the suspicion that we had entered this metaphorical nightfall. “Moonshine, this is my time,” Lights sang out, “Sun goes down and I come alive.” Shrouded by a full-moon above her, the singer reminded us all of her magical dark side and how much she still thrives in this haunting, gloomy state.

As her nighttime theme continued, a piano and candles adorned the shadowed stage. While the artist sat in front of the instrument, the evening took a sleepy turn as Poxleitner drifted us all away with her various lullabies. Covering her slower songs such as “Banner” and “Face Up,” the performer revealed a vulnerability, unexposed until now. Tears rolled down from many of the audience’s fixated eyes as they connected with the singer’s heartfelt message of hope. Although Poxleitner suggests a troubled past, it’s clear the singer cultivates an inspiring light even in her darkest hours. 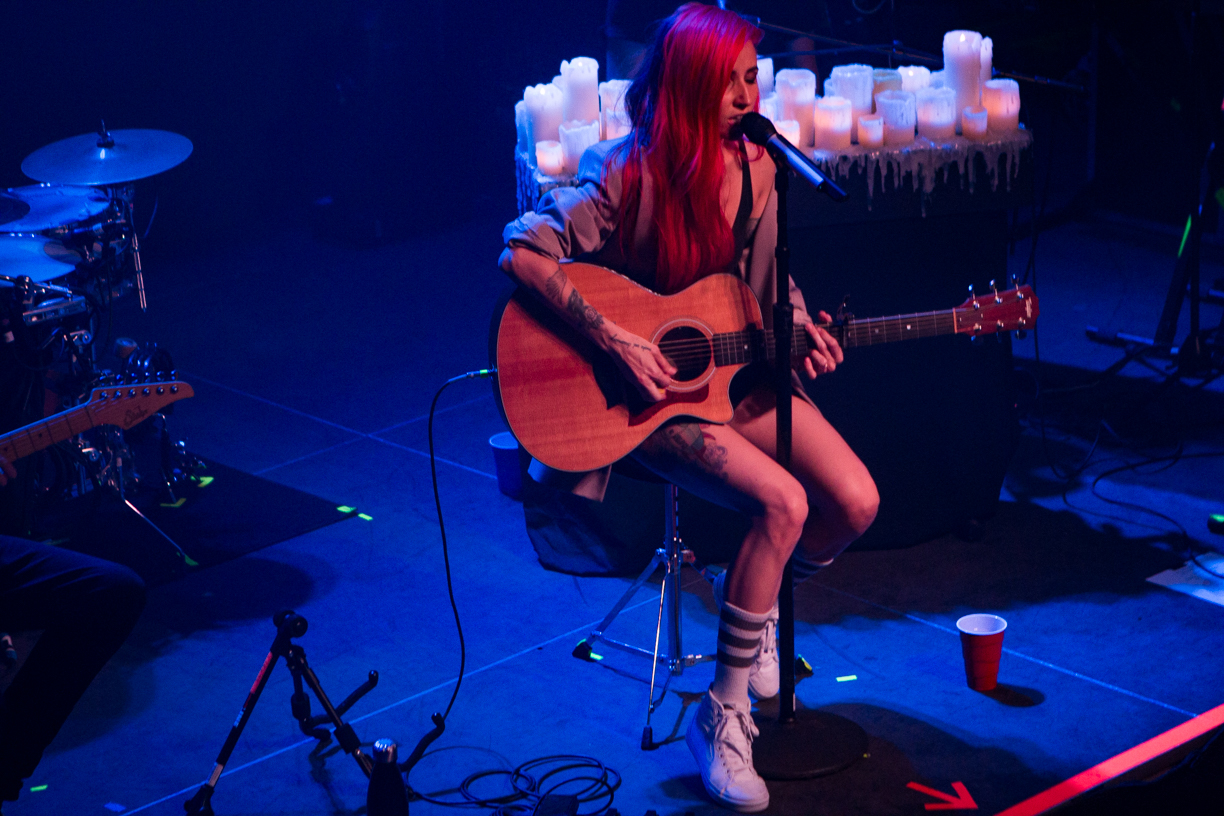 Whether showing us her sunshine through light and playful scenes (at one point, a “pizza” was delivered on set, only to reveal her keyboard hiding inside) or revealing her darkness in sets that can haunt you, Light unveiled all of her numerous shades at her multi-dimensional Denver show. With clear talent strung throughout the spectrum of her emotions, we can only hope the singer will join us again next year to reveal even more of her unique and wonderful colors.

All Photography by Kenneth Coles.