Black Rebel Motorcycle Club’s (BRMC) music is bold. But there’s something about seeing this modern garage rock band perform that takes the vibrancy of their sound heard through headphones and makes it come alive — and their Thursday night show at the Ogden was no exception. BRMC not only met the expectations of a critical crowd — a crowd filled with die-hard fans — but showed us that even in the middle of a snowstorm, they’re hot. 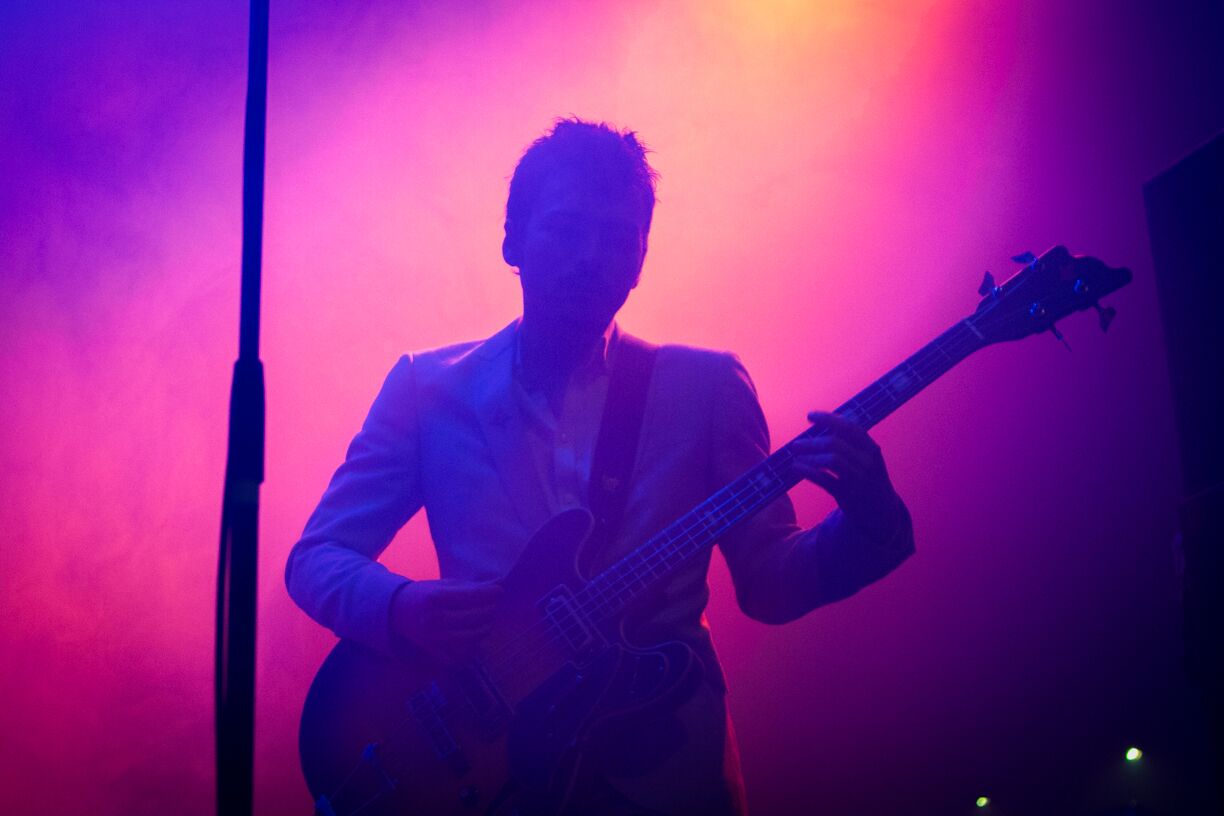 Seattle hailing psychedelic garage rock band, Night Beats, opened the show with a chaotic, forced sound and an underwhelming presence. Within 30 seconds of taking the stage, the threesome filled the Ogden with an aggressive instrumental combination of electric guitar, drums and inaudible vocals that rendered a calm crowd shell-shocked. The combined efforts of lead singer and guitarist Danny “Lee Blackwell,” drummer James Traeger and bassist Jakob Bowden were not enough to make a positive impression. The band attempted to incorporate elements of  R&B, psychedelic rock, English blues rock, folk and soul — as if trying to craft something similar to an Arctic Monkeys feel. But it made for a mess of sound that ultimately, didn’t work. The sound coming from the two guitars was off tempo with the beat of the drum, and that coupled with the indiscernible lyrics made the three-some sound like a high school garage band. And though Night Beats sounded monumentally better playing in our car before the show, the live performance fell short of our expectations. Considering the trio secured an opening slot on BRMC’s tour, the expectations were high. The eight songs they played were indistinguishable from one another and left us wishing we’d chosen a hot bath and glass of wine over braving the snow for the show.

Fortunately, when BRMC hit the stage, they reminded us why Ubering to the Ogden was worth it. When the band came on at 9:30 p.m., nearly one hour after Night Beats, the crowd seemed a bit distracted. But then, Peter Hayes, Robert Levon Been and Leah Shapiro appeared through the green smoke and proceeded to steal back both our attention and our approval. Their appearance, a combination of black leather and edgy hairstyles, gave off a biker sex appeal that perfectly matched their sound. The deep, intoxicating voice of lead singer Hayes served as a calming element in contrast to the bold sounds coming from both Shapiro on the drums and Been on the guitar. The combination left us feeling dead and alive, all at the same time.

Song after song, BRMC resurrected a previously lifeless crowd with rebellious lyrics and calculated instrumentals. As the set ran on and coats came off, the crowd began to move from stillness into a sea of banging heads and jumping bodies. They filled the Ogden with new material and old. From their newest album Wrong Creatures to beloved classics like “Beat The Devil’s Tatoo” off their 2008 B.R.M.C. album, fulfilling the expectations of fans new, and old and reminding all in attendance that BRMC is always worth braving a storm for.