The Best Colorado Stouts To Keep You Warm Until Spring

In Colorado, Stout month has been a tradition for almost 25 years. It all started with the family of Mountain Sun Pubs – who dedicates the tap list to the best and the rarest of the style. In February, beer connoisseurs across the state make the pledge to enjoy a new stout a day, whether at home or at Mountain Sun.

Given the number of amazing Stouts in Colorado, it’s surprisingly easy to find something new each day. This got us thinking why limit soul-warming Stout enjoyment strictly to the month of February? It can be unnecessarily cold in Colorado from January until May any given year.

There are some many delectable stouts out there that we decided to break them down into different categories – this will help those who either love or hate the barrel-aged brews and make it easier for those who just want a good stout right now. Below you will find our list of the best stouts Colorado has to offer from the original style, the barrel-aged and last the stouts that are worth the extra effort of the chase. 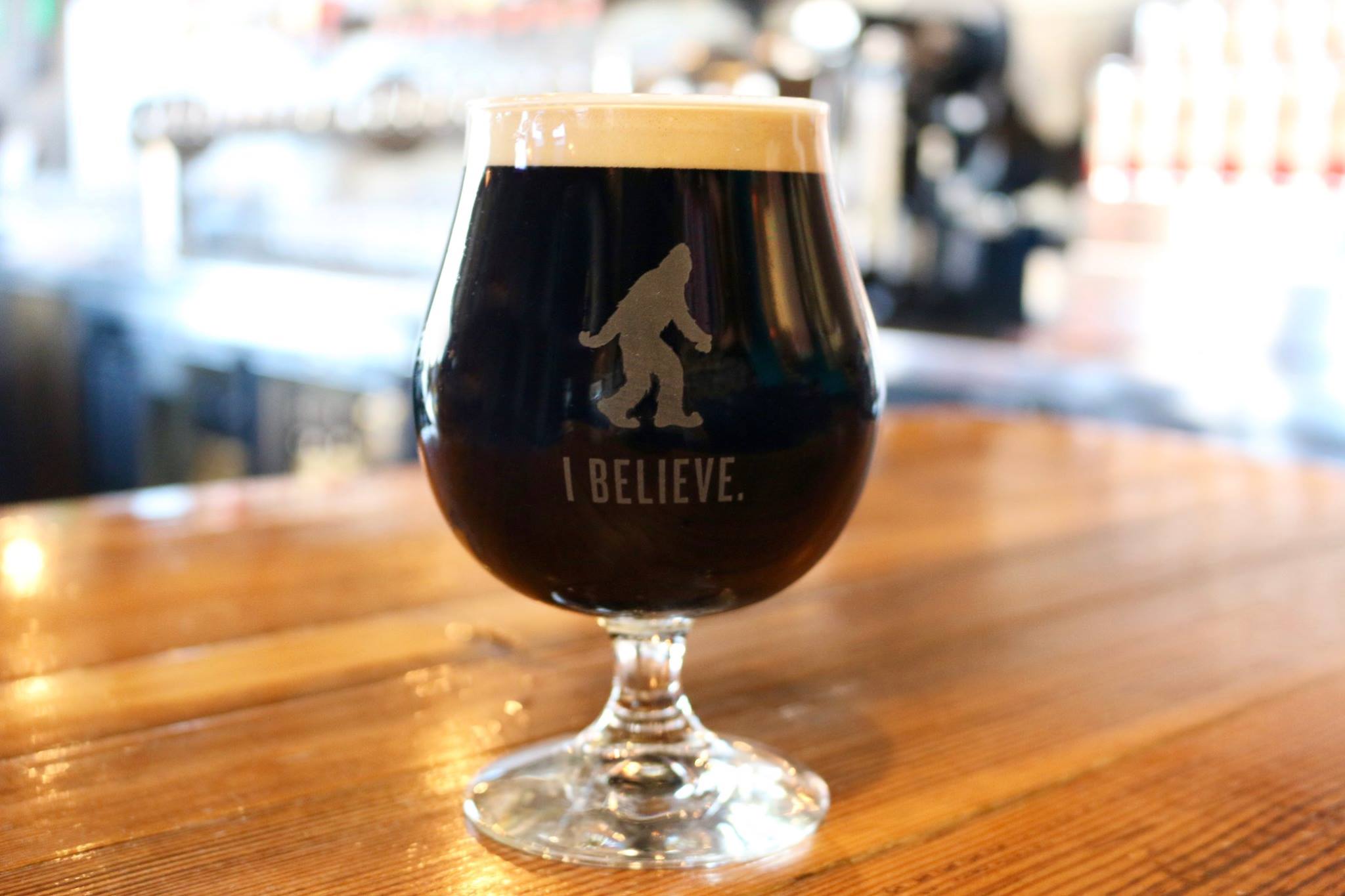 If you are just getting into craft beer or you are just starting to appreciate the style, these are the beers we recommend for you for starters. These beers are excellent examples of the style and in some ways, get overlooked because they have been so consistently good for so long. Let’s first start with the two beers that you should be able to find anywhere in the state. Do you believe in Yetis? Even if you don’t, you should try the Yeti from Great Divide Brewing Company– start with the original which is an imperial stout that hits you with rich caramel and toffee notes after the initial roasty-toasty flavor. Next up would be our favorite beer to pour – the Nitro Milk Stout from Left Hand Brewing Company – to get the best flavor of the beer, you will flip and pour it all at once. This beer is creamy, luscious and gives you hints of chocolate and coffee. It’s an easy drinking stout.

If you want a unique stout experience, Hogshead Brewery is the place to go – you can try the Divine Right Imperial Stout. This stout is brewed based off of Thale’s first recipe to be sent to Catherine the Great – it’s a truly early iteration of the style that will transport you. Bonus – you can also try one of the cask ales while you visit – one of the few places that pour those in Denver.

There is also a Great American Beer Festival-winning stout in our state from 2017 and it can be found at Finkel and Garf Brewing Company up in Boulder. Its Oatmeal Milk Stout took home gold – while it might be a bit of a drive, the roasty-chocolate combination is worth it. The brewery does distribute to liquor stores as well – but plan ahead, it goes fast.

You have decided you truly enjoy stouts, so what is the next move? It’s to the barrel-aged beers, and there is one brewery that is almost synonymous with barrel-aged stouts — Avery Brewing Company. This makes a visit to Avery – although most beers can be found in your local liquor store – a must, but your first visit won’t be your last. Of all the barrel-aged beers, there is one that holds a special place in our heart, and that’s Uncle Jacob’s Stout. This beer is robust but still smooth, and trust us when we say the bourbon will greet you with enthusiasm.

Uncle Jacob’s Stout is perhaps the easiest barrel-aged stout on the list to get – the rest require some attention to particular releases, but even the next beer on our list made it to distribution. Ten Fidy from Oskar Blues Brewery is a solid Stout on its own but it hits a whole new level with the Bourbon edition. The flavors of espresso and chocolate collide with the oak and vanilla of the barrel to create a brew that stands alone.

While there are many other great barrel-aged beers out there – all should be explored and we’ve tried – there are three others that stand out to us. Elevation Beer Company offers perhaps the darkest barrel-aged beer on our list with Oil Man and the barrel-aged Avarice from River North Brewery adds whiskey to its Belgian-style imperial stout. Our last recommendation in this category is an actual legend — The Legend of the Liquid Brain from Bull & Bush Brewery – a beer that elicits the use of the term fudge in its flavor descriptions. 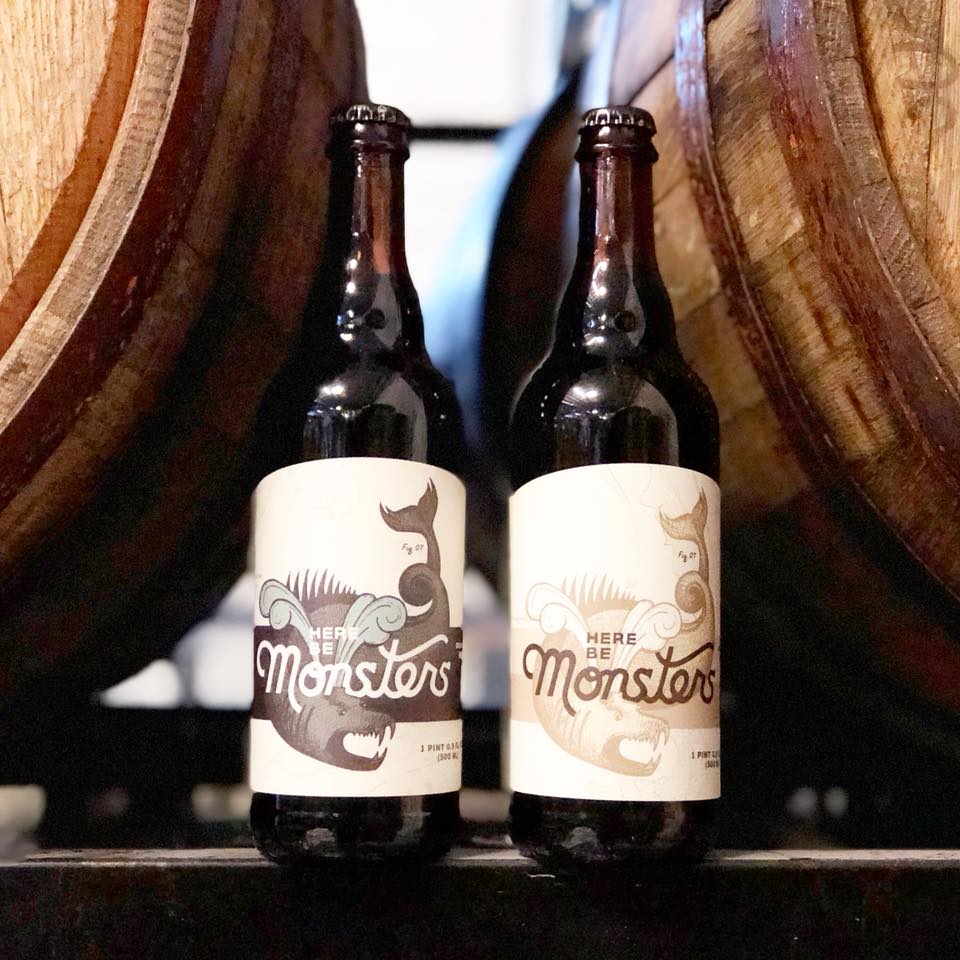 This is it – this is when you know your love and appreciation for the Stout style of beer knows no limits. The following beers aren’t necessarily superior to the others mentioned in this article – beers are, after all, are subjective to individual palates, but these beers have developed an intense following. With very few exceptions, the only way you will get these beers is to show up several hours before the taproom opens to secure it or be lucky enough to win a bottle lottery.

The first beer is the GABF Gold Medal-winning Medianoche from WeldWerks Brewing Company up in Greeley. It’s not just the original Stout, which is aged in bourbon barrels, but also the variations that leave the stout crowd rabid – we’ve been lucky enough to have it a few times, and it’s worth the hype. It’s layered, smooth and downright hypnotizing. Lucky for you – they do more frequently have it available for pours at the brewery, all it requires is a drive to Greeley.

Cerebral Brewing has gathered a following for its Here Be Monsters – an imperial stout aged for 12 months in Woodford Reserve bourbon barrels. To successfully claim a bottle, you will need to be prepared to arrive before or just as the sun is rising on release day even though the brewery won’t open until noon. The original Here Be Monsters is perhaps one of the best barrel-aged Stouts we have ever had – if you manage to claim the vanilla version, don’t hesitate to invite us, we haven’t had it yet.

One other brewery to keep an eye on for hard-to-get Stouts is Powder Keg Brewing Company out of Niwot. We waited in line for Twilight Rendezvous and it simply blew us away. Its most recent release of Barrel-aged Supervoid is leaving a trail of thirsty in more than one-way beer lovers.

Stout month is a good excuse to dive into the style if you haven’t before. But if you look around the state we have award-winning stouts all over the place, and it’s pushing every brewery to do better in the style. Whether it’s an original or one that’s nearly impossible to get – you can pop it open knowing you can expect the best quality.