A couple months ago it seemed as though Passion Pit’s days as a touring band had reached its breaking point. The band’s mastermind, Michael Angelakos had issued a statement bemoaning the music industry — an industry he says, “nearly killed him,” as well as his intention to step away from being a “commercialized artist.” Despite his protest and his highly publicized battle with mental illness, Passion Pit went ahead and curiously announced 2018 tour dates, including the Denver jaunt that took place last night at the Ogden Theatre. The morbid reality of the tour is that its purpose is to help cover Angelakos’ rising mental health costs, meaning he is also consequently forced to be on the road.  While the circumstances surrounding the tour may have been daunting, it may well have been the very same circumstances which made Passion Pit’s Denver stop such a wondrously cathartic experience. 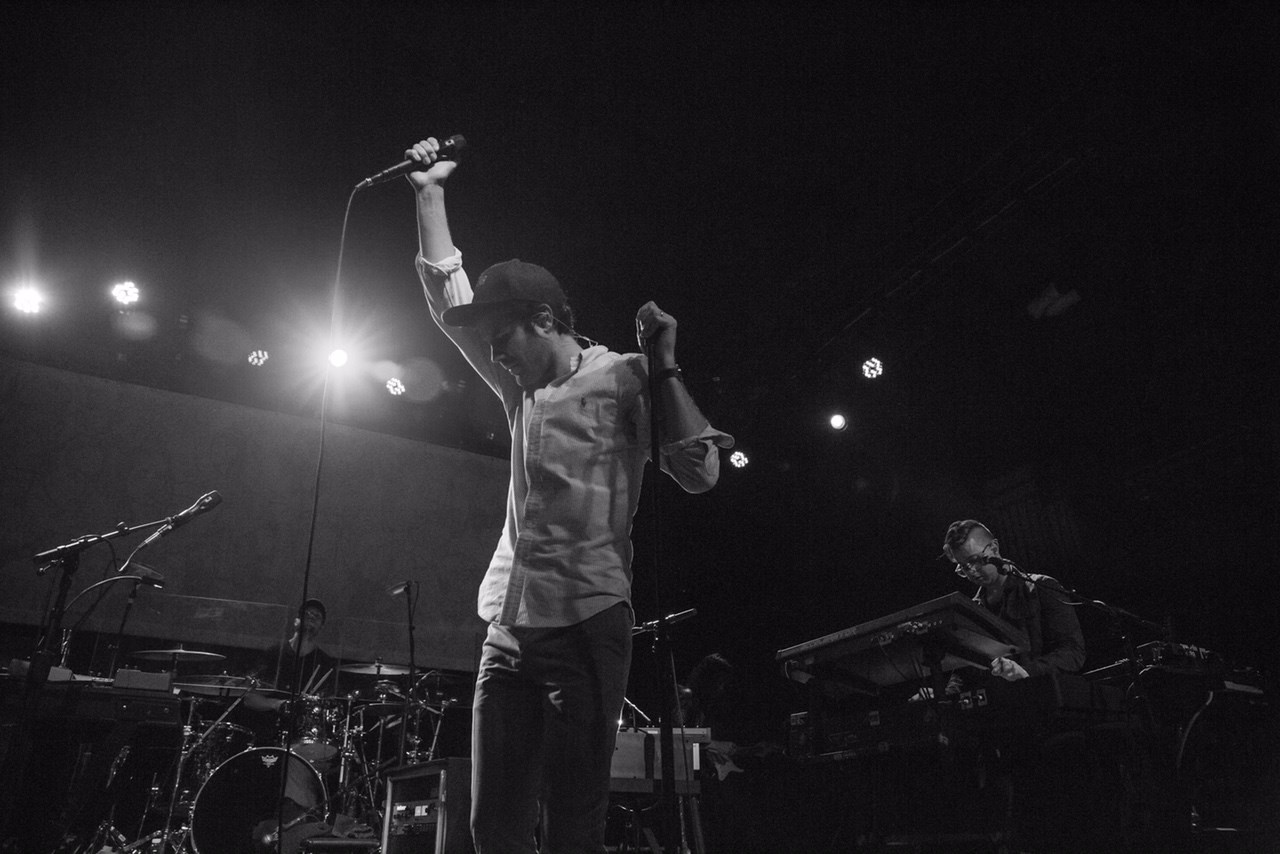 With all the news circulating around Passion Pit, there was a dubious atmosphere radiating from the Ogden Theatre last night – whether the band would actually show, if Angelakos would be able to sustain and what version of Passion Pit we would receive. The speculation was all-consuming but, it made the wait worthwhile when the opening blitz of “I’ll Be Alright” answered our questions. For as uncertain as the headlines made Angelakos and Passion Pit out to be, there wasn’t so much as a hint of ambiguity – it was strictly business as usual if business consisted of thrusting the audience into a shimmering dance party.

The hit-heavy set glimmered with Passion Pit’s telltale ethos and dreamlike ambiance, but also a sense of hope and solidarity. Angelakos led the charge with a flurry of overwhelming emotion wailing with his sharp falsetto, as the audience attempted to sing along with sincerity. The “oh no’s” of “The Reeling” felt cathartic in the song’s portrayal of living with mental illness while the yearning chorus of “All I Want” was reflected in every voice shouting along. Likewise, in screaming out the chorus of “Lifted Up (1985),” it felt as though Angelakos and the audience were connected, lifting and empowering each other through the song’s progression. As willful as we were to relate to the words Angelakos sang on a personal level, it was hard not to empathize and experience those around us as well.

While Passion Pit’s Ogden stop had the potential for disaster, Angelakos instead utilized his music as a means to communicate and heal. As Passion Pit’s music is already uplifting and optimistic, Angelakos embodied and consequently spread that very optimism throughout the theatre as he performed. Seeing the effortless joy radiating from the audience, as well as Angelakos, spoke volumes to the way he approached the circumstance surrounding the tour. While money may have been the motive, the fans and the music are the momenta pushing the tour and Angelakos forward. Who knows, while Angelakos may currently see the tour as a means to an end in aiding his own mental health, it could very well be the end in and of itself.  Just looking around the Ogden Theatre as Passion Pit performed, you could tell that Passion Pit’s music had been an end to those in that very room.