Although a Minneapolis native, the Boulder-based DJ, musician and producer Falcon Punch (real name Avery Henderson) is making a name for himself in the Colorado music scene. He opened for GRiZ at Red Rocks this past fall, he’s sitting on loads of new songs and he’s planning to sprinkle-release in 2018. His self-described genre of nu-disco/funk makes sense when you listen to the subtly-groovy, modern tracks he’s produced as of late — you can’t help but bump around in delight. In preparation for his show with Flamingosis at Fox Theatre in Boulder on January 19, 303 Magazine talked with Falcon Punch about his plans for the year and more. 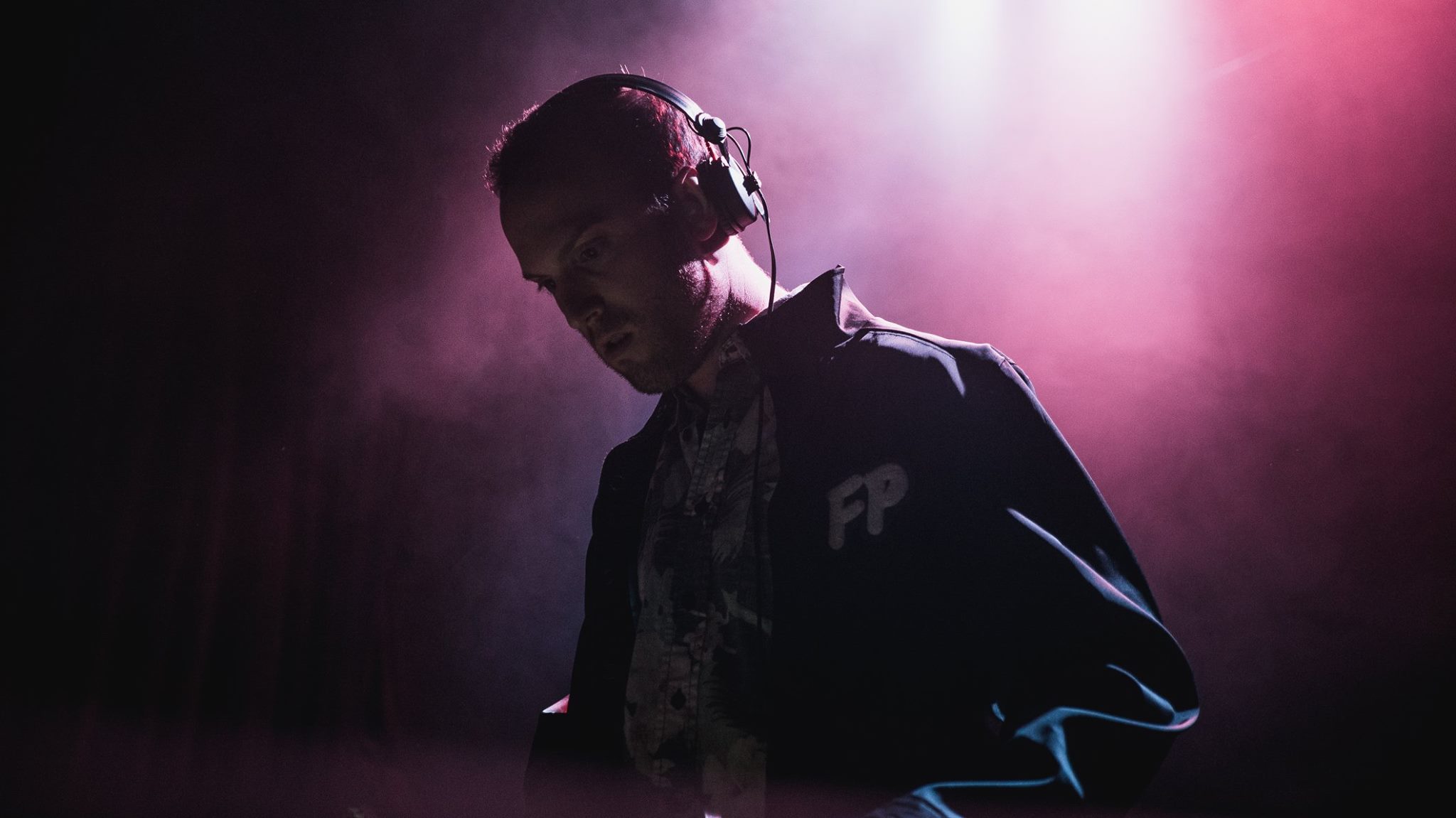 303 Magazine: Tell us about how you got started making music.

Falcon Punch (FP): My family encouraged a very musical environment at home so I played the bass guitar and guitar. During that time when I was at home, probably like 10 years old, my dad started collecting guitars and building guitars as well and slowly converting our basement into a recording studio for our own enjoyment. So I did the classic terrible blink-182 knockoff-style high school band and then went out to college in L.A. and while I was there I started being exposed to a lot more electronic music. I got really into more disco/house/funk-influenced as a genre. I went to study abroad in Amsterdam my junior year of college and while I was there I had my laptop with Ableton on it and one of my friends was like you should try and go at [a song]. I found the sample of a track and I put together an edit of it that I really liked and it was way better than I would have imagined it would have done as the first public release, and I thought maybe there’s something here.

FP: Actually what would be two years prior to that show in September, I got to open for GRiZ at Red Rocks in a very small capacity. I was a tweener DJ that played in between other artists when they’re taking down one artist and putting up another. Then around March, I got an e-mail while I was in the middle of a meeting at work and I had to excuse myself from the meeting where I could go and get excited in the bathroom and then come back again. Everyone was so nice and it was actually the first time my dad ever saw me play which was pretty cool. It was just a really special experience to be able to do it. I’m so grateful that they gave me the chance to do it. 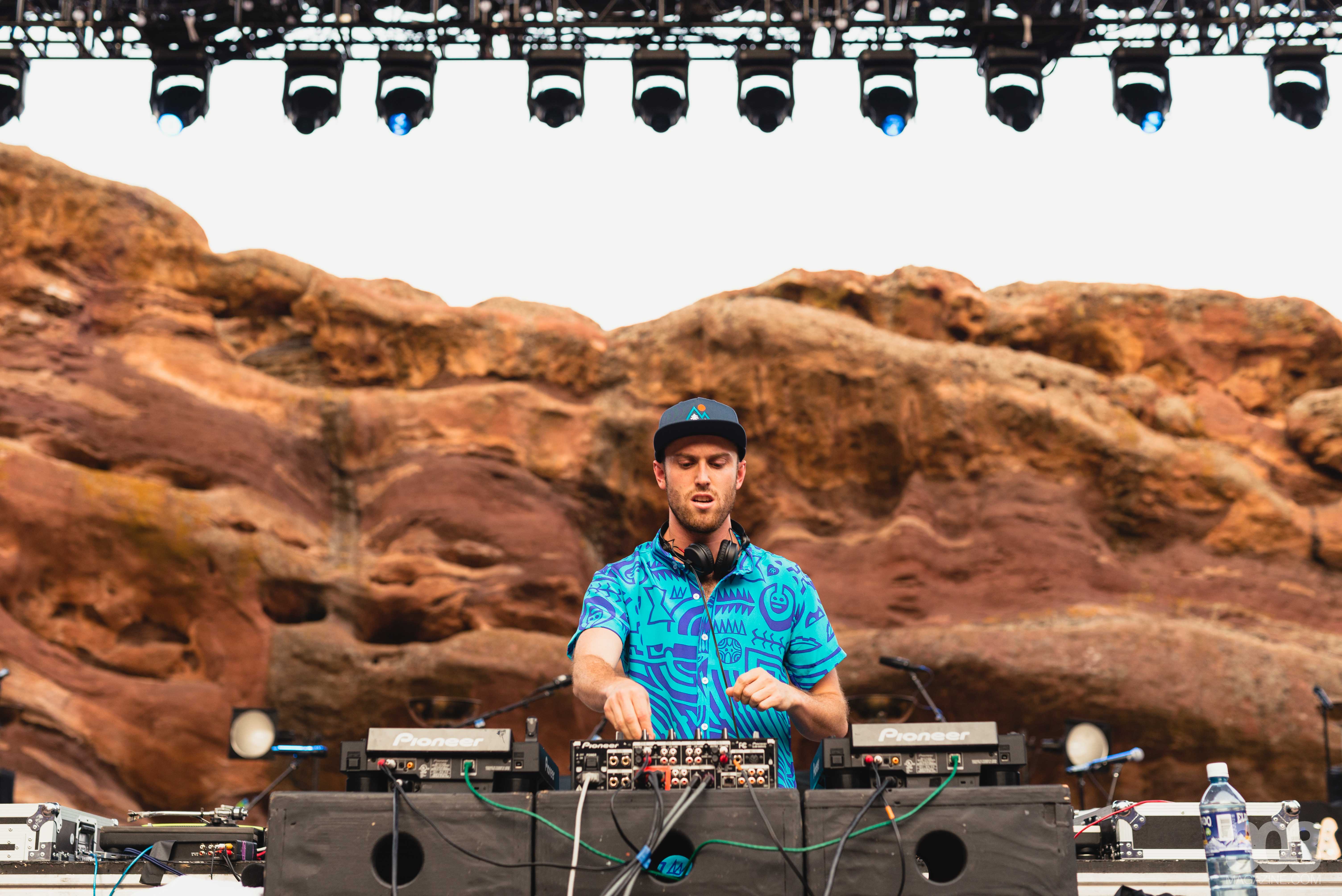 303: How do you feel about the Denver and Boulder music scenes?

FP: It’s been a great place to grow. If I was given the same trajectory starting out in L.A. or New York it would be so much harder to get on the bill for opening for a larger tour that comes by or to be able to have a good relationship with some of the key promoters. I moved out here in 2012 and I was one of the DJs that played weekly. Other people got exposure to just who I was in the area I would get booked for other shows in town. Now it’s just been a great scene to grow as a musician and to have a local following and support. I also like the really interesting music scene for Colorado in general and that there’s this confluence of house-driven electronic music and jam music, both electronically based and not. You get a very diverse fan base out here that’s clearly different than what your fan base everywhere else is.

303: What’s the story behind your stage name Falcon Punch?

FP: That’s a funny reference from the Super Smash Brothers game. I feel like it’s not the most authentic reference because I’m not a core gamer but at the same time, in retrospect, I love it as the name. It doesn’t really reflect what kind of music I make but it’s what it is now and sometimes we’ll laugh at the reference and it’s funny.

303: Tell me about your plans for 2018 and your upcoming show with Flamingosis.

FP: I’m very optimistic, and this year I’m sitting on a lot of music that I’ve been working on for a while. I feel like I’m really honing it I’m getting close to the sound I really want. For the first time, I can really get closer to actually what I want. This isn’t really what my vision of what I want my sound to sound like.

One of the other big pieces that’s something I really want to do is transition into a live performance [rather] than a DJ. Because right now when I perform I usually play a more house-set and that is very much my sound as a DJ. It is not necessarily my sound as a producer and an artist. That’s the goal, and that obviously requires releasing more music in that style and figuring out the best representation of that life form. That’s my big goal for 2018. The other part is that I’m really excited for this show. It seems like Flamingosis is also in the same vein that I am where he is being very much absorbed into the fan base of a lot of these jam/electronic artists.

For more information on Falcon Punch go here. Find tickets for his show with Flamingosis here.