New Photography Project Wants You to Get to Know Denver Transplants

Zena Ballas grew up in Long Island, New York, in a fast-paced life of continual motion. This busy lifestyle, and a desire for balance, ultimately made her look for a way to unplug. “Photography was something that allowed me to appreciate the pause within a hectic lifestyle, and had given me a strong glimpse of my passion from early on,” said Ballas. “Throughout the 10 years of having my eye fixed to a lens, I’ve developed a knack for writing and storytelling.” When she graduated from college, she decided to travel west to Denver, a slower-paced environment that would feed her creativity.

Seven months later, she is in the midst of a photographic project that documents the roots and lifestyles of people who have recently moved to the city, called Denver Transplants. The project is a series of interviews in which people who have relocated to the city discuss where they came from and their impressions of their new home. The interviews are posted on Facebook and Instagram, (similar to Humans of New York) along with photos of each person taken by Ballas. “This is simply a network I created in order to connect with people who have experienced similar situations or feelings,” she explained. “It makes me feel less alone in a new world of strangers.” We had to know more, so we caught up with Ballas to get the details. 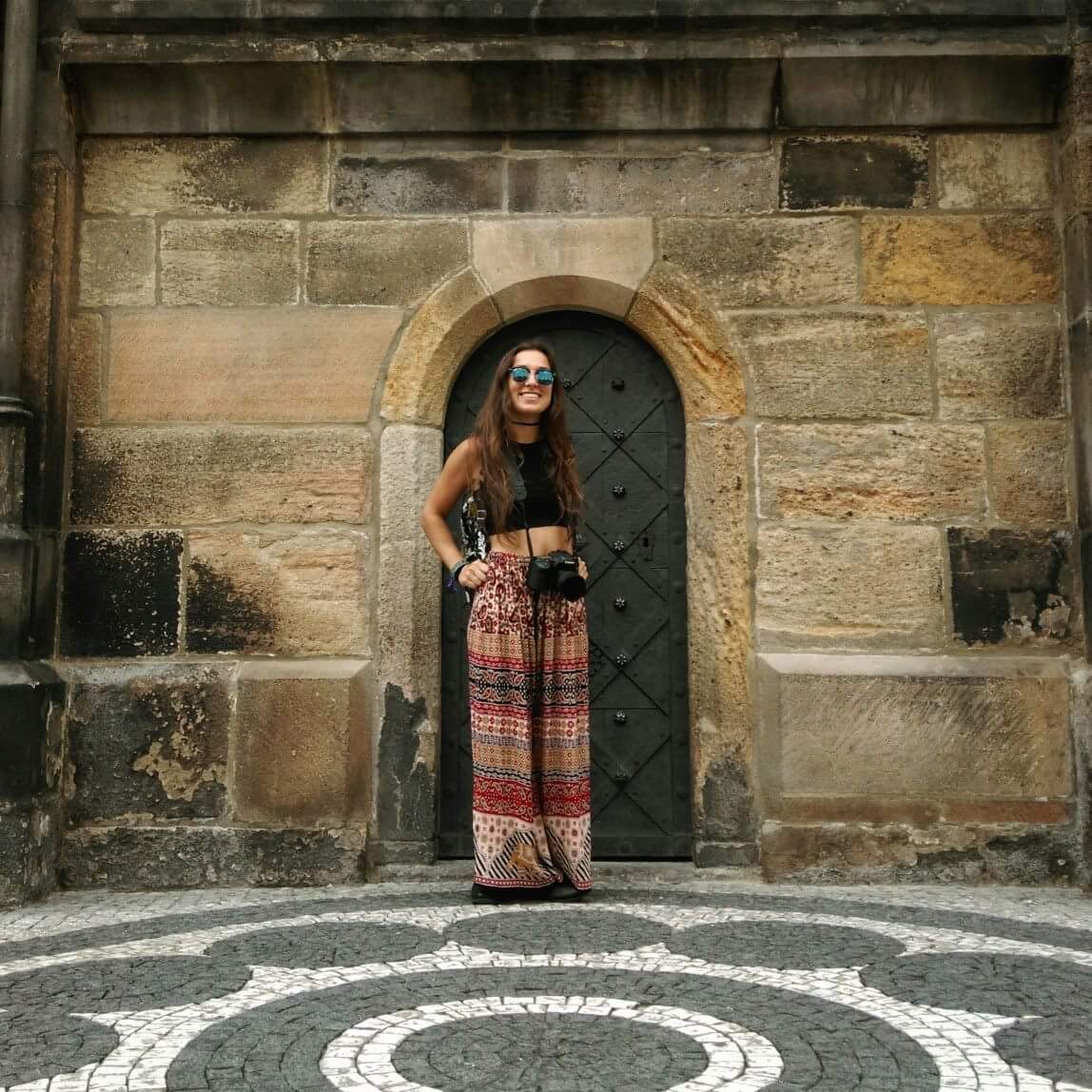 303 Magazine: How do you select people to feature? What is the process?

Zena Ballas: After online promotion and word of mouth, I allow folks who are interested to come to me, no pressure. It’s supposed to be as casual as possible so participants are comfortable. Those who are interested set up a time to meet with me based on the convenience of our schedules, and they must include a plant in their portrait. The plant represents regrowth and development in another place. After chatting with them and taking their photo, they decide what they want to share with the world and email it to me within the next few days.

303: Why did you decide to start this project?

ZB: Human connection is important to me; it is a vital feature of understanding and empathy. I felt compelled to create a platform which explores that exact connection, transition in particular. I figured that this would be a positive outlet to delve into Colorado’s culture and how it has affected people who have moved here, being a transplant myself. With transition and migration comes transformation and regrowth. Since its creation, I have learned more about other places as well as living situations, and the project is evolving into its own community where others can reflect on what we all have in common: growth.

303: How many people have you interviewed so far?

ZB: I have interviewed 13 people so far, and I’m always looking for features. 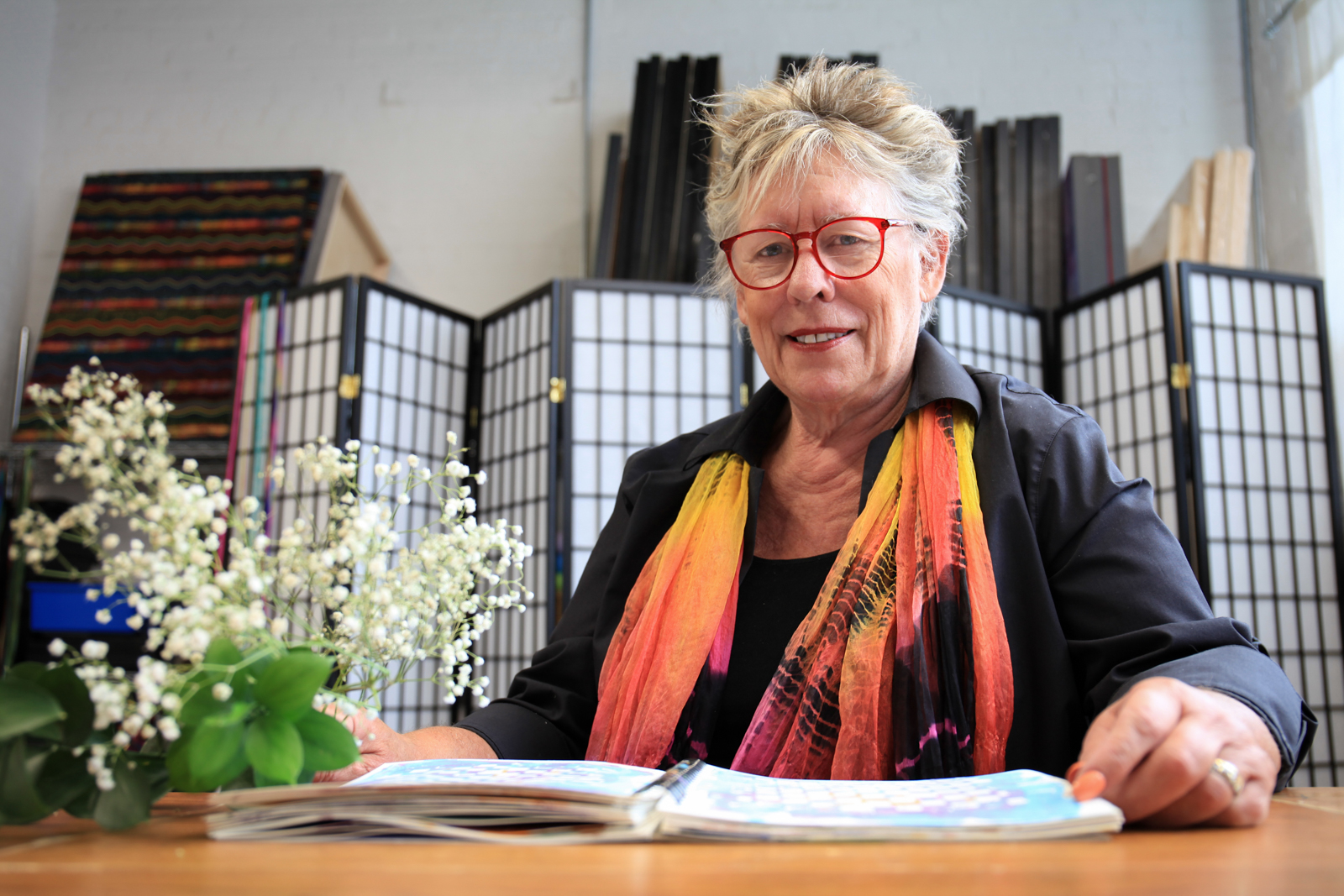 “I transplanted myself from Manhattan to Denver in 1989. To say I went through culture shock would be an understatement. They called this city a ‘cow town’ in those days, and they were right.” – Carol Ann Waugh

303: What have been some of your biggest successes and challenges as a transplant in Denver?

ZB: Transplanting is difficult; you are throwing yourself into a sea of uncertainty and spiraling into the unknown. You are taking risks and facing hardships, all to make a better life for yourself. I feel accomplished and better than I ever have because it has given me the motivation to succeed. It has taught me to push through and remain strong no matter what happens. Life is not all sunshine and rainbows at the start, and it’s certainly not what you expect it to be. When I arrived, I was placed in an extremely grimy apartment cursed with cockroaches. I thought the universe was telling me that I made the worst decision of my entire life. But with every low wave comes a high, and I am now in a completely opposite situation, living my life to the fullest. I’ve learned how to let go, absorb the positive, and move forward. Moving across the states has pushed me out of certain boundaries that were incredibly difficult to escape.

303: How do you think transplants are shaping the city?

ZB: Transplants make up a large part of a rapidly growing city, and they are simply adding change to the ingredients of Denver’s stew. It is evident that traffic is a huge inconvenience here now, but I think the influx of people is also adding new and improved locations to enjoy, for the overall betterment of the city. 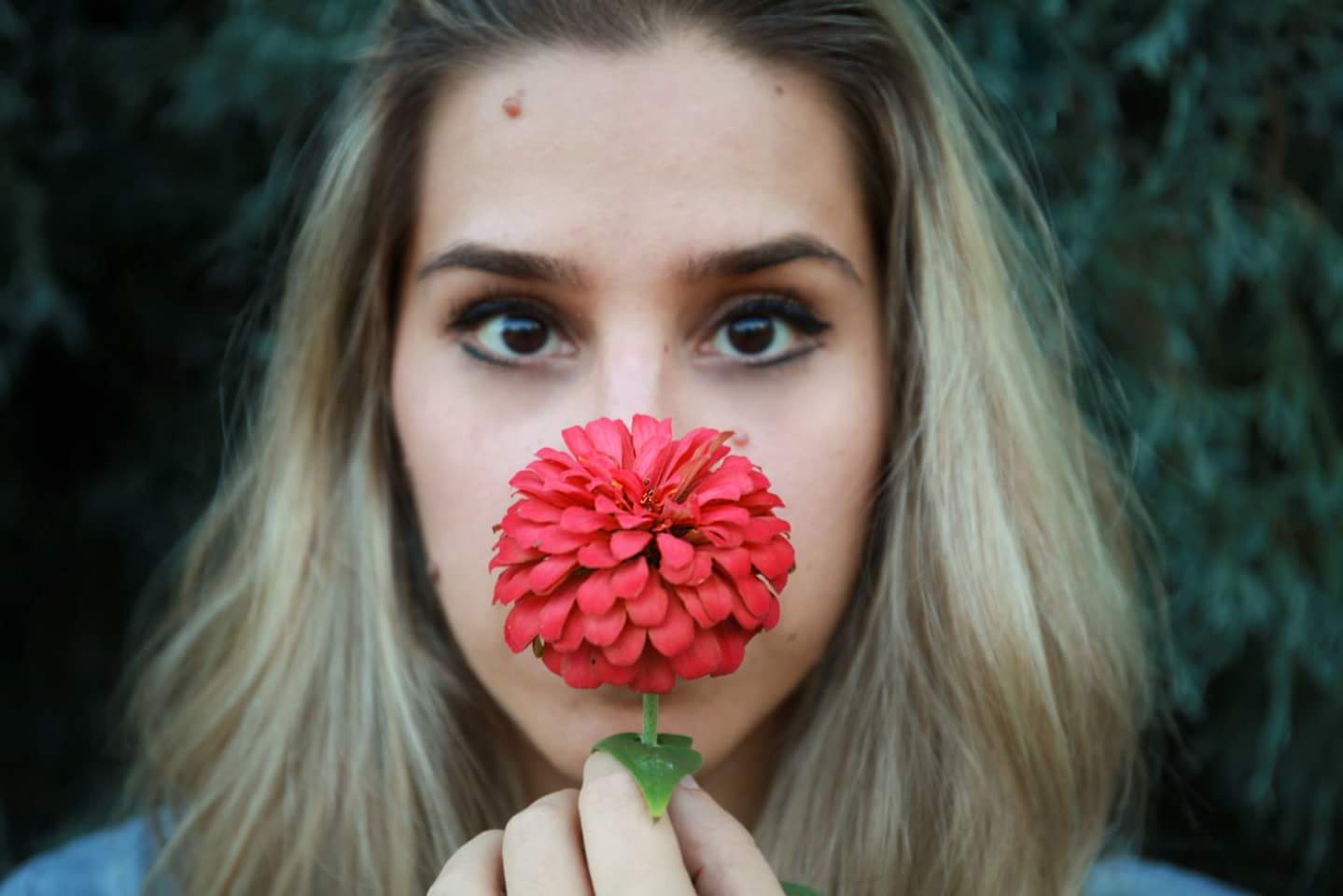 “You learn a lot about yourself when you move to a new city. You find out how strong and intelligent you really are.” – Roxy Khoramdel Cahill

303: What are some differences you’ve noticed between people who have moved here and those who were born and raised here?

ZB: In my opinion, some transplants I have met hold the ability to accept a changing environment, since moving across the country requires the ability to understand change on its own.  However, most natives haven’t lived anywhere else before and this change is all new to them, so I think it’s a matter of switching perspectives on both ends.

303: Why do you think so many people are moving to Denver?

ZB: The sweet balance of city life and mountain air, not to mention the sunshine.

303: What do you find most challenging about this project?

ZB: Searching for interested features. However, the project hasn’t been around too long and it’s getting easier with time as I meet more people who can vouch for my work.

303: What are some of your favorite moments so far?

ZB: There’s nothing like taking the time to get to know someone who you may never have looked twice at on the street. My favorite moments consist of the mysteries behind each person.

303: What is some advice you have for people who have recently relocated to Colorado?

ZB: Embrace change and push through because it takes a few months to truly settle in. 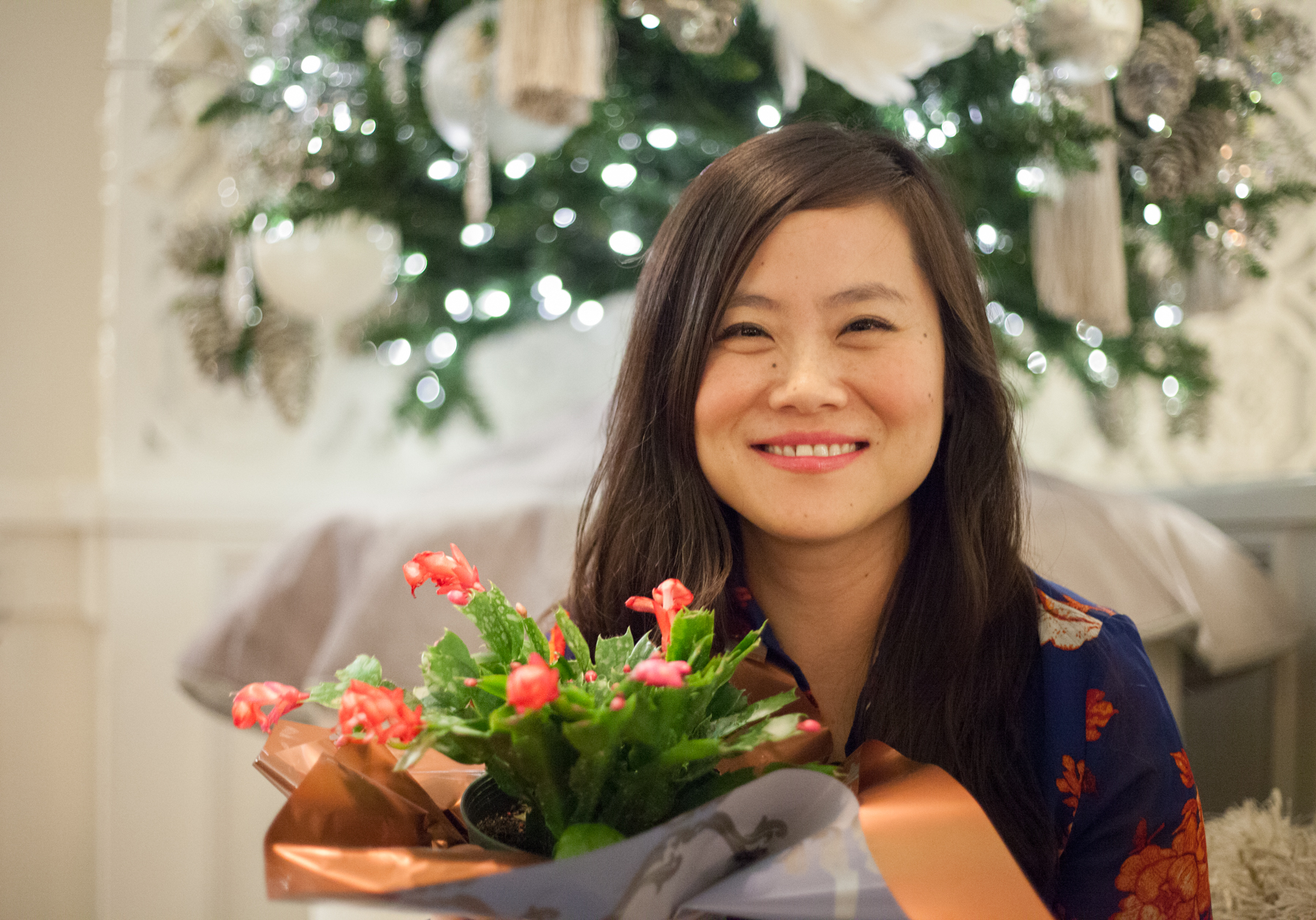 “As a lawyer for a federal government agency, I have been fortunate to be able to live in several places in the United States including Florida, California, and Colorado. Denver has completely won me over and I find it to be a very charming city. People here just seem to be more welcoming and open, or they actually have the capacity for friendship.” – Kristen Baker.

303: What are some of your favorite places around the city?

303: What are your plans for the future?

ZB: To evolve as a storytelling photographer and see how this project evolves as well. It’s a work in progress and I am looking forward to seeing it blossom. 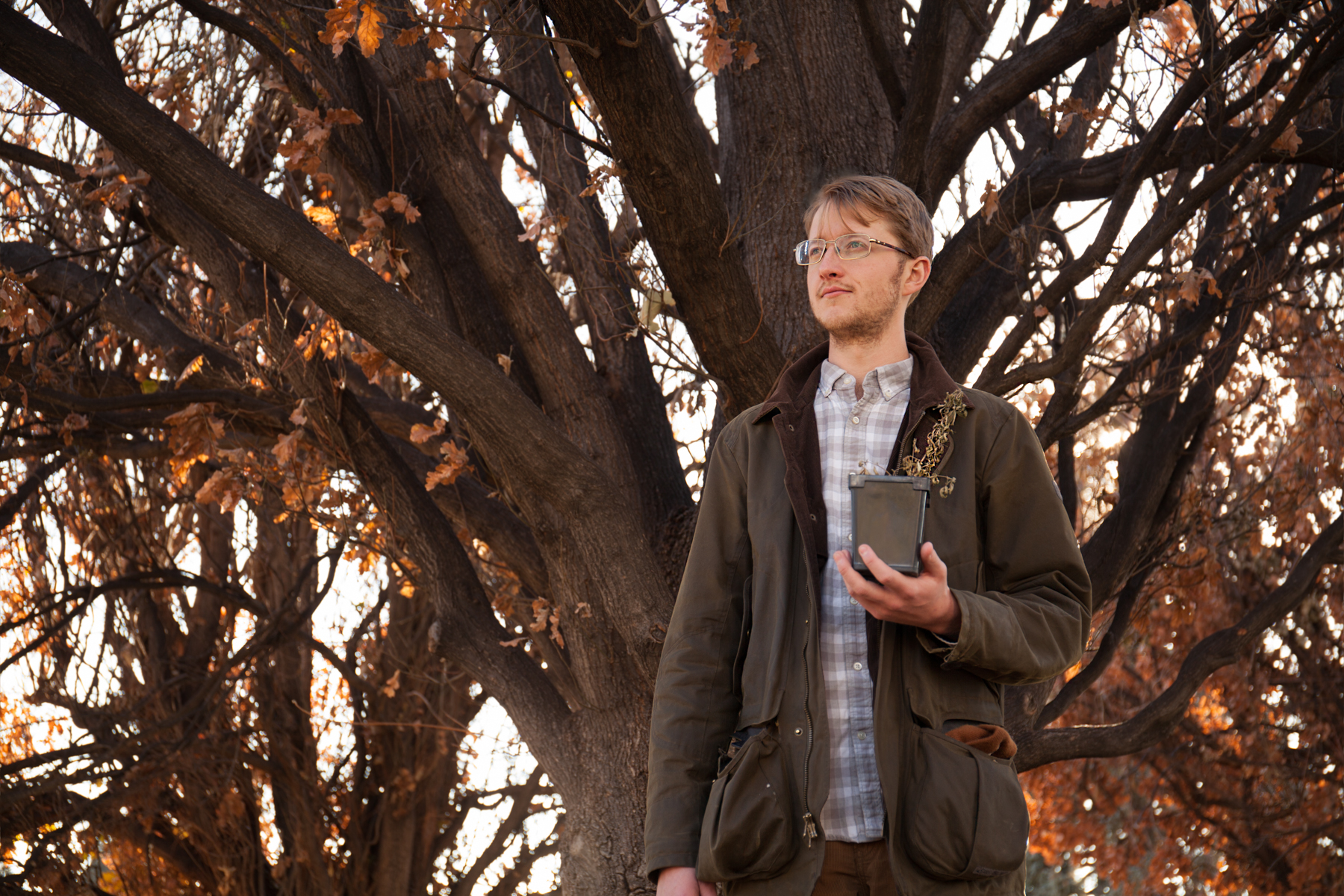 After moving to Denver from Washington D.C., Paul Karolyi started a Podcast called Changing Denver. He is one of many people featured as part of the Denver Transplants project.