What To Expect From The Colorado Craft Beer Scene in 2018

For those of you participating — and for those of you with more self-control than most — dry January is about to come to an end. It’s time to get back out into the world of beer, and what better way to get started than to take a look at what we can expect for 2018?

There are certain trends that can be expected – more breweries will open, hazy IPAs are not going away and beer drinkers are going to need to continue to adjust their palates for the expansion of the sour beer scene. However, we wanted to dig deeper into those big trends and find out how they might play into the Colorado craft beer scene.

We reviewed brewery openings — predominantly in Denver, but in the surrounding areas as well — upcoming beer releases along with beer releases and festivals from last year to come up with what we believe are the biggest trends and expectations for 2018. 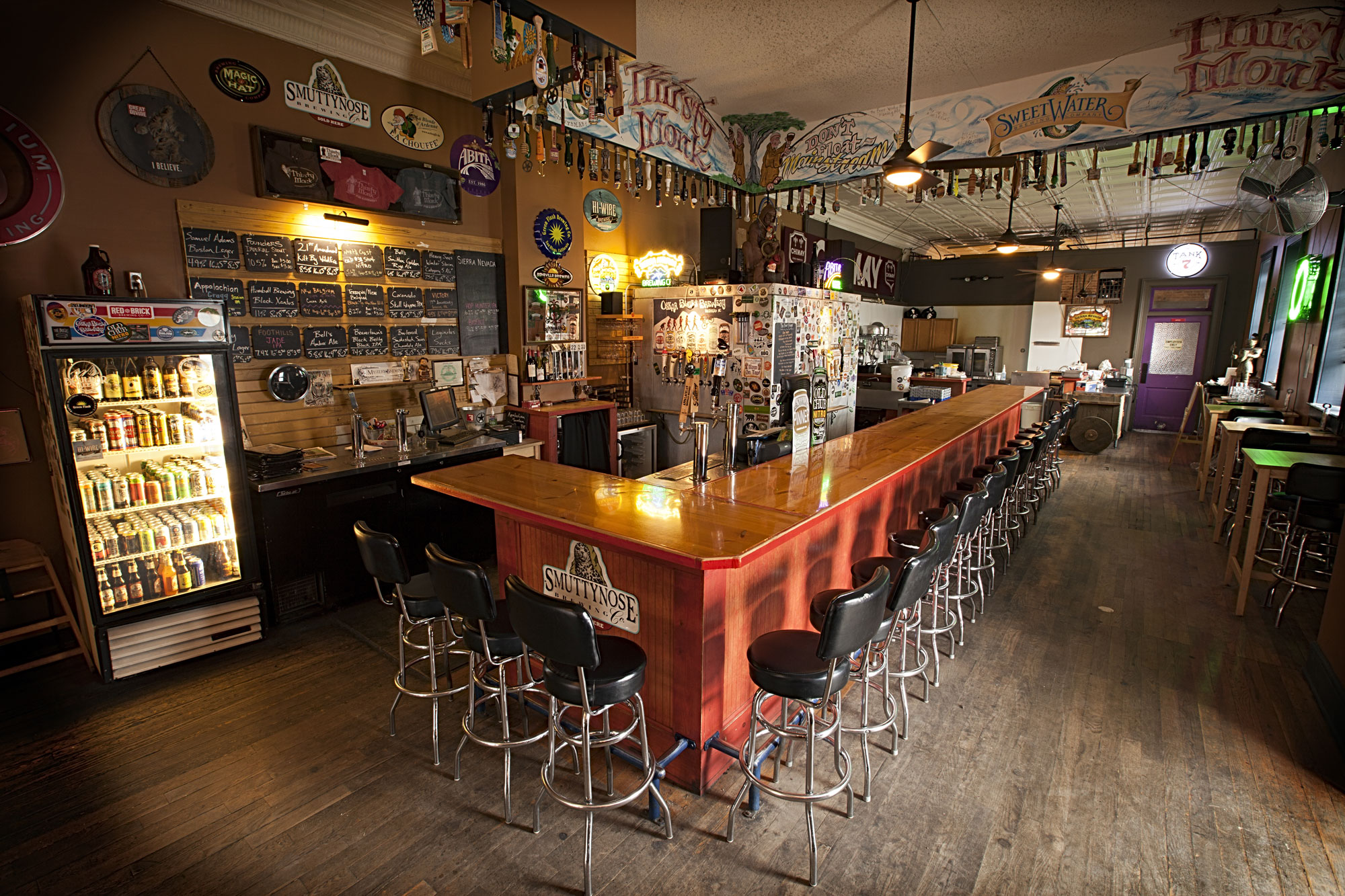 One of the biggest indicators for the upcoming year in beer are the number of new breweries opening and the beers they will brew. In Denver, there are well over 10 new breweries with anticipated openings in 2018 – the thirst for beer continues to grow and it’s attracting more than just new breweries but breweries looking to expand. In RiNo both Odell Brewing Company and New Belgium Brewing Company are going to open locations. These new locations are moving into one of the most competitive beer scenes in Denver and are expected to compete by getting back to more of the brewery’s roots. These two large breweries have gone national but are taking a step back to Colorado with these locations and the type of smaller batch – exploratory beers to be produced. While not on the same scale, it’s important to note that the Thirsty Monk is expanding into Denver. This brewpub — which focuses on classic Belgian styles with Belgian yeasts — got its start in Asheville, and the team decided the Denver market made sense for its next step. Any thoughts about saturation in the market might want to be put on hold with this type of brewery investment on the horizon.

With market saturation removed from the list of possible beer trends, we can look at other openings slated for early to mid-2018 to tell us what the new players in the market are doing to stand out. The Oasis Brewing Company — which will soon open on 3257 N. Lowell Blvd., Denver — is the revival of a brewery from the early 1990s. The brewery will have a distinctive Egyptian style and focus on beers for every drinker such as the Oasis Scarab Red and the Tut Brown Ale. Another brewery that looked overseas for its focus is Liberati Denver which will be opening this summer at 2403 Champa Street and will serve craft Italian grape beers to go along with authentic Italian cuisine. 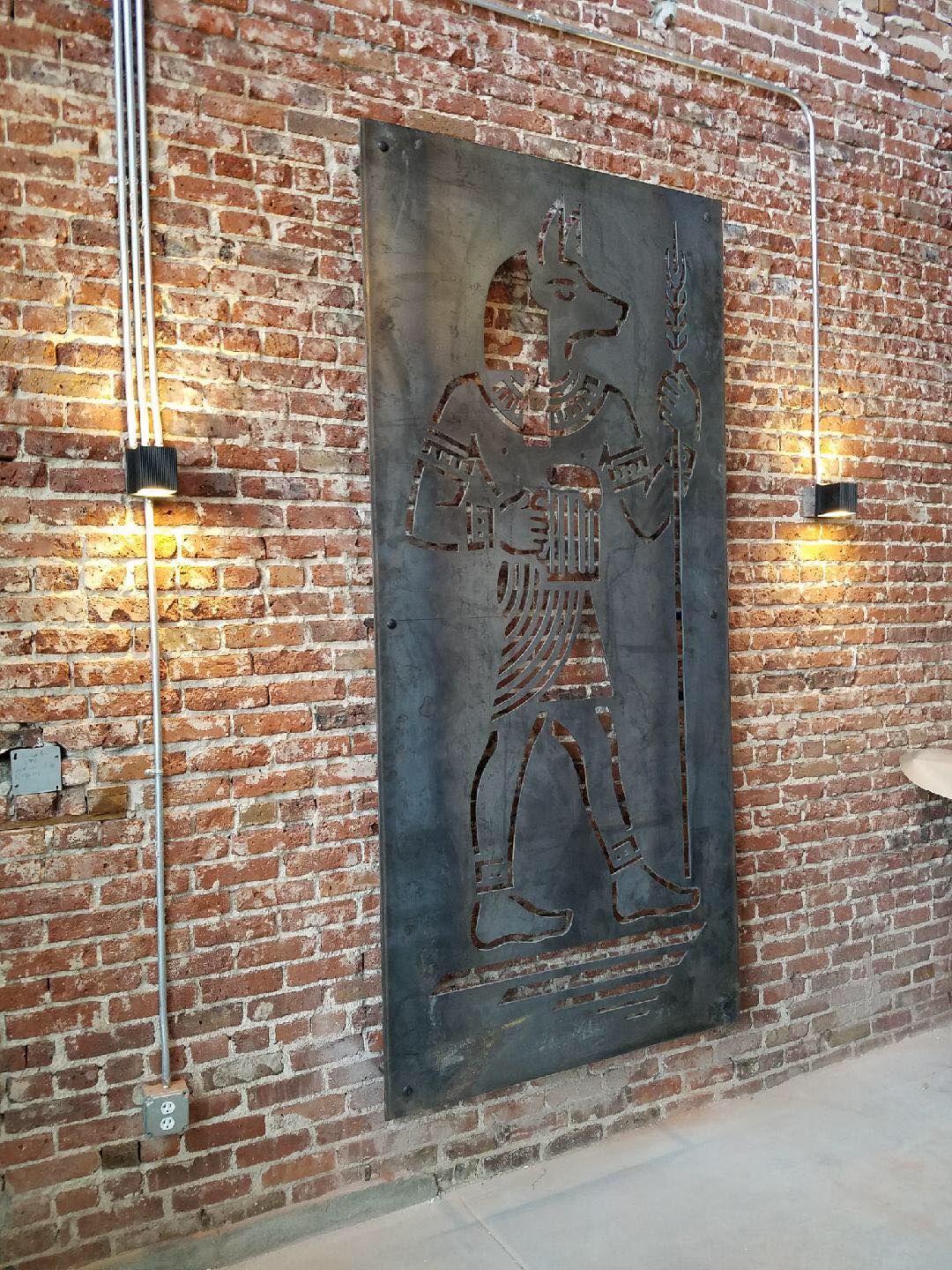 Dos Luces is currently slated to open in April of this year on 1236 South Broadway, and what makes it stand out from the crowd is the selection of its ingredients. Dos Luces refers to itself as “purveyors of Chicha and Pulque” which are traditional brewing styles in countries such as Mexico and Peru. The beers are not made with barley but instead with corn or agave with corn being the predominant grain. All of the beers will, therefore, be gluten-free – only the second such brewery in the state to go that route.

These brewery openings tell us that the Denver is market still expanding, and if you don’t have the big money like Odell and New Belgium to open a new brewery, you truly need to think outside of the box for your theme and even the ingredients. This means that us, the beer drinkers, have a lot of new and unusual brews to look forward to for the coming year. To keep track of all these openings in Denver and for the state be sure to check out the Colorado Brewery List – a great resource for all craft beer drinkers. 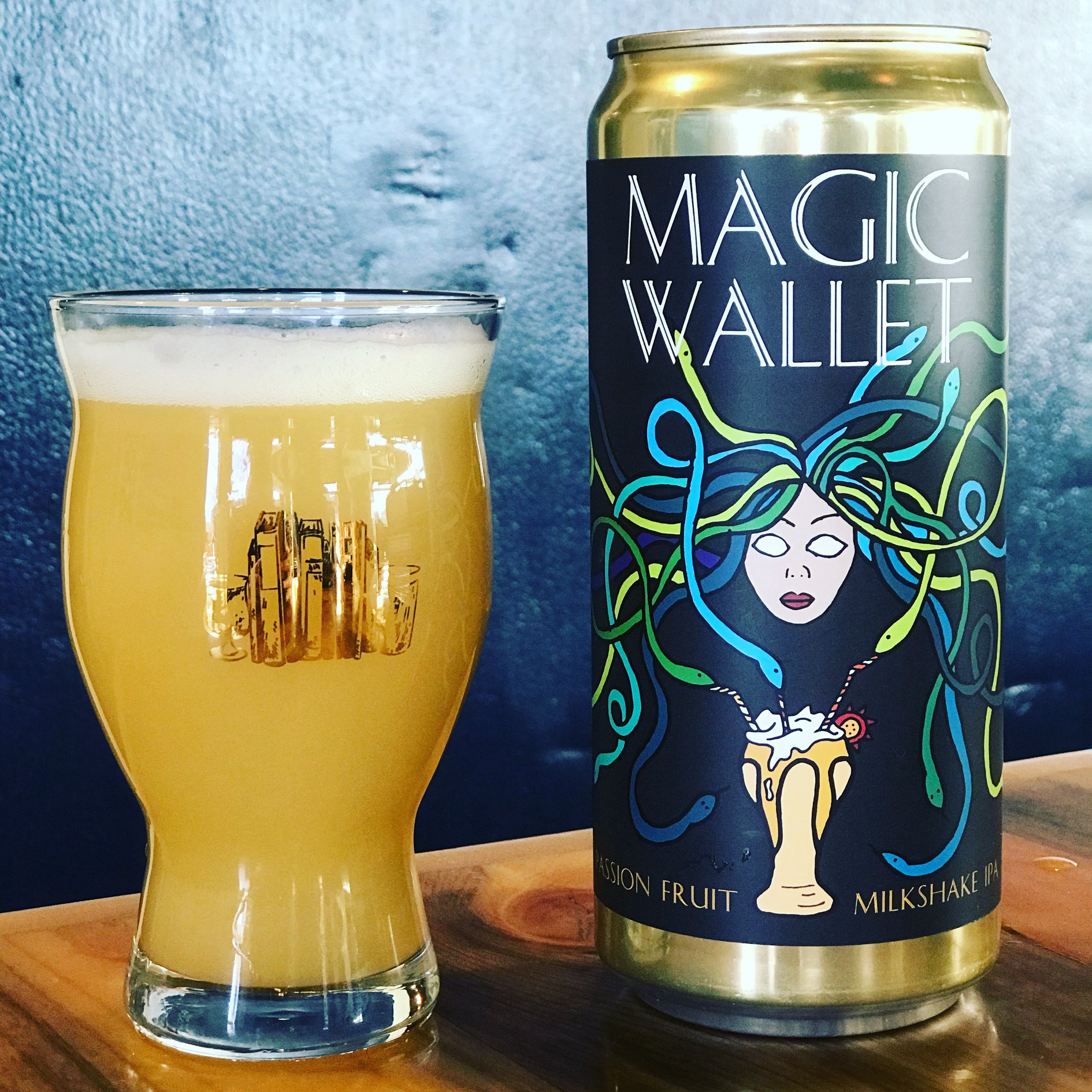 Hazy, New England style, IPAs are not leaving the beer scene anytime soon – it does not matter how many times people argue about it versus the regular IPA. In 2018, however, we think you are going to see something new in the style that isn’t officially a style. The diversification of the Hazy IPA is coming – you could see it coming at the end of last year, and it’s building momentum in the new year. In the last few months, Station 26 Brewing, Fiction Beer Company and Dry Dock Brewing Company to name a few have all released Milkshake IPAs. A Milkshake IPA takes the base of a Hazy IPA and pushes perhaps one step further. What makes it a Milkshake IPA? It’s the addition of even more lactose, vanilla, fruits or a combination of any of the three. The end result is a creamier, milkier and even fruiter version of what we have begun to think of as the traditional if it can be, Hazy IPA. Also don’t be surprised to see more and more breweries rolling out sour IPAs.

Likewise, the sour beer category is due for clarification and expansion. The term sour beer gets floated around a lot, but the consumer is starting to learn that not all sour beers are created equally. Thanks to breweries such as Black Project Spontaneous & Wild Ales the term spontaneous fermentation is becoming more common. With the introduction of the Methode Traditionnelle, the stage is now set for more and more breweries outside of Belgium (and here locally) to experiment with Lambic-inspired style beers. Just as you can expect the brewery in your neighborhood to dabble into sours by kettle souring – you are going to find more trying the spontaneous fermentation process. As the consumer gains knowledge, more and more local breweries are going to take the risks involved with the time and effort to make great sour beers – this will also mean those that have been in this market are going to push their own boundaries when it comes to process, fruiting, etc. In the end, the people who are going to win are us – the sour beer drinkers. 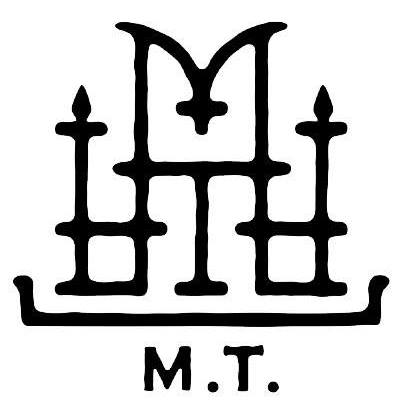 There is also one trend that we would like to see, think we are going to see but in the end, may not happen and that is the re-birth or appreciation for the truly sessionable beers. Beers that hover around five percent ABV and are meant to be enjoyed in mass quantities. With barrel-aged beers pushing ABV limits to the high teens most figured a knee-jerk reaction to the opposite side of the scale was inevitable. Each year we wonder if it will happen and we have been given hope lately with WeldWerks Brewing Company including a Grisette and a Keller Pils to the latest two releases but of which came in under 5 percent. There is hope but the sessionable beer market is so flooded with big beer it’s hard to say if there will ever be a time when the craft beer market goes all in on it.

In the new year, it’s easy to look forward to all upcoming change and growth but we also believe it’s important to say goodbye to a few things. While we can’t be sure, there are a couple of things we do believe are going to take their last breath in 2018. It is our bold prediction that by January of 2019 – the growler, if it’s not already, will be extinct. Crowler machines and 32 ounce crowler cans, along with mobile canning companies are too accessible to even the smallest breweries for our beloved 64 oz. glass jugs to maintain their place in the craft beer world. They had a good run and it was always fun to crush them in a single night but it is time to say goodbye. 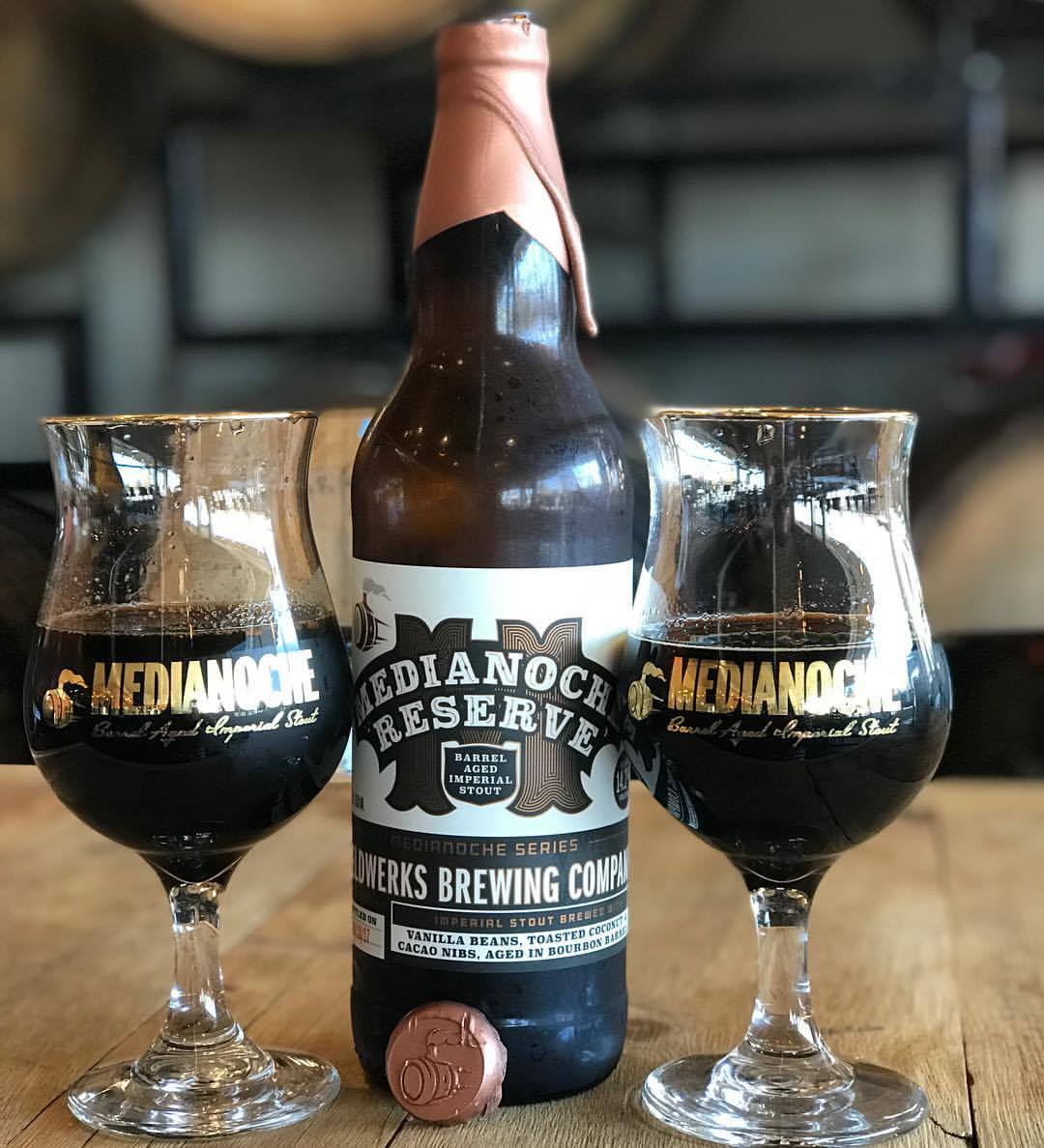 In 2018, we also believe – although we might be alone in this belief – that we are going to say goodbye for a while to coconut. There has been coconut everywhere for the last 12 months – every major beer release whether it was barrel-aged or not was coconut. The most hyped beers last year were coconut. Maybe we are suffering from coconut fatigue, but we can’t imagine we are alone. Don’t get us wrong — we don’t want to say goodbye permanently to coconut, but perhaps so long until 2020.

If this last year in craft beer taught us anything it was to be prepared for change and the unexpected. It’s going to be a year of growth, boundaries getting pushed and will, of course, hold some challenges ahead but at least we will get to drink plenty of tasty brews along the way.