The newest recreation center—and the first one built since 2011 in Denver—opened yesterday to the public after a ribbon cutting ceremony. Located at the corner of East Colfax Avenue and Josephine Street, the $44 million Carla Madison Recreation Center has spent nearly $200,000 on two commissioned art pieces, one inside and one outside the building, with a third piece to be finished (and paid for) this year. That commission is allocated based on a program started in the 1980s, Public Art One Percent where “one percent of the construction budget of any single city capital improvement project with a combined design and construction budget over $1 million must be set aside for the inclusion of art in the new project.”

Denver Arts and Venues is in charge of organizing and securing artists for these pieces. Area C Projects, a Rhode Island duo composed of Erik Carlson and Erica Carpenter, were chosen for the exterior piece titled “Circuit,” which operates partially on the activity of a certain row of workout machines. Thomas Evans (the local street artist and muralist also known as Detour) secured the second spot for an interior mural, where he painted a likeness of Carla Madison— the councilwoman and neighborhood advocate the building is named for. The third piece, not yet begun, will be done by another local artist Kelton Osborn, in the breezeway along Colfax this year. 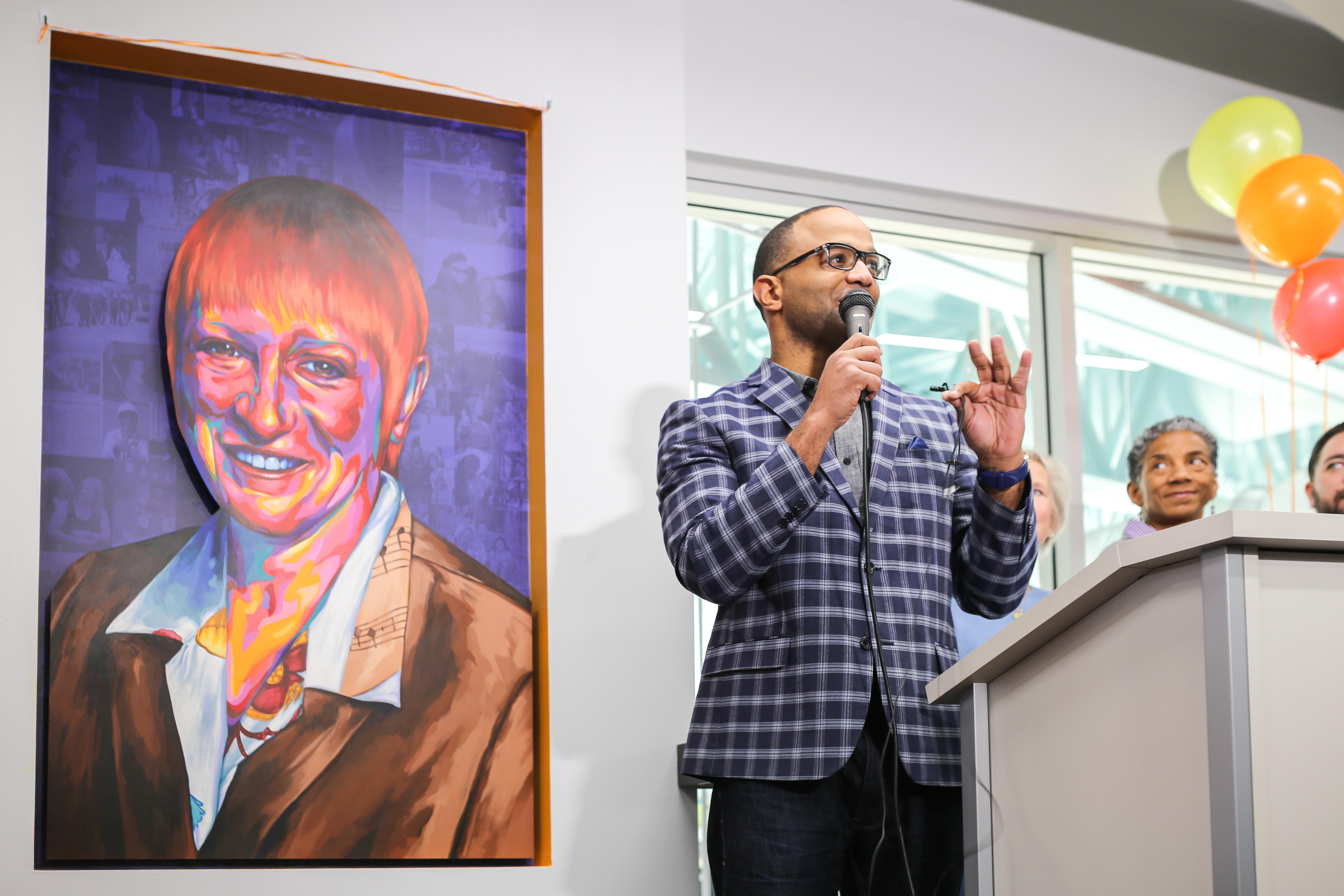 “Carlson and Carpenter were one of the 239 applicants for the exterior piece. We had the call out nationally – specifically for the facade,” Rudi Cerri, Public Art Administrator for Denver Arts and Venues explained, “we wanted it to be something to activate the building, both inside and out, and speak to the history of the area and to Colfax.” In the request, Denver Arts and Venues provided detail about East High School, City Park and Colfax Avenue, repeatedly focusing on the significance of connecting the neighborhood with the recreation center. All mediums and materials were encouraged. 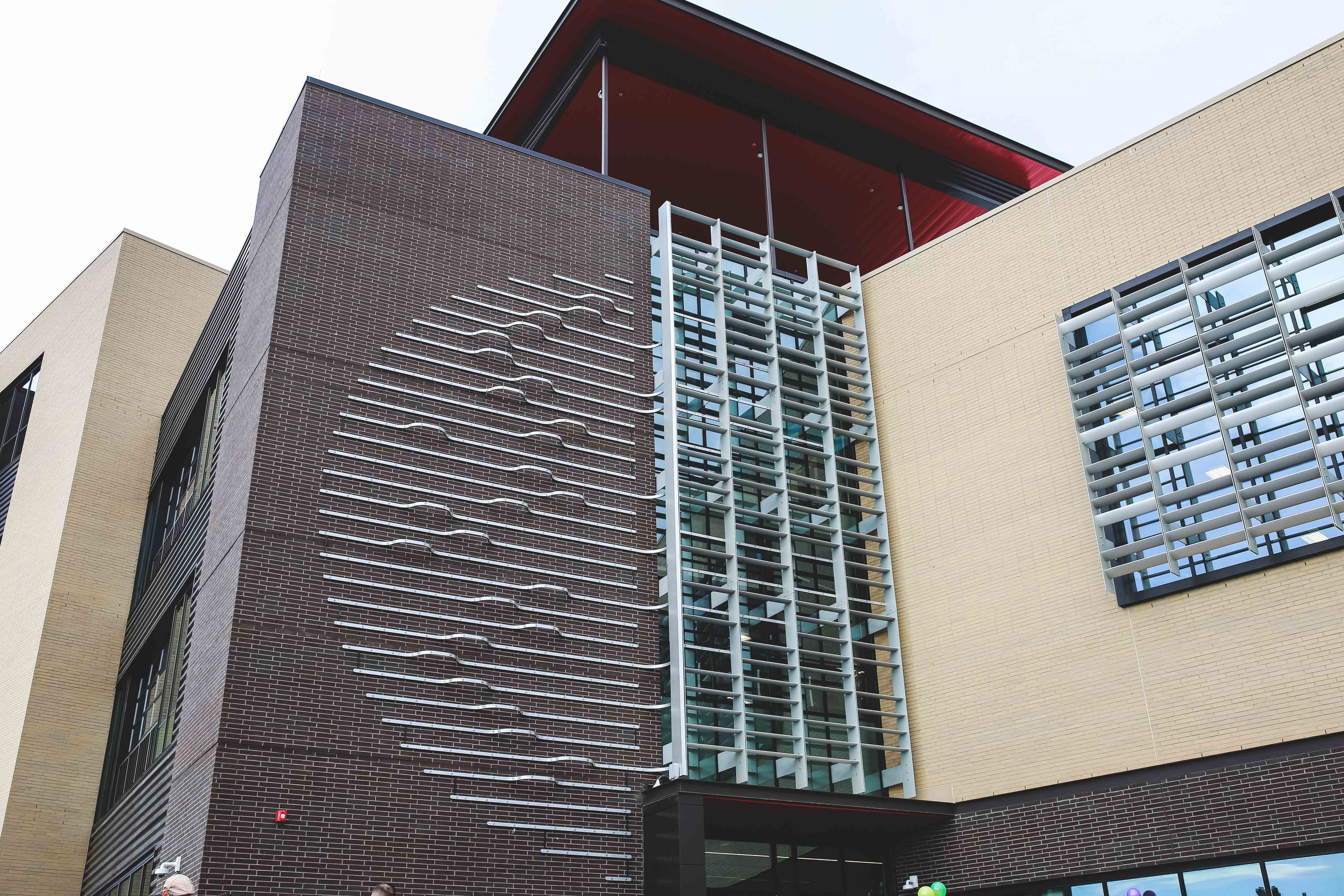 “Circuit” during the day on the Carla Madison Recreation Center

The winning artwork frames the entrance, with over 800 LED lights and steel semi-circular structural elements. It was completed in three phases: 1) installing the structural part onto the building, 2) hooking up all the computer programming to the artwork and to different parts in the building and 3) coordinating animations for the lights. During the day, those LED lights are bright enough to be seen, though dim enough to look like a low-resolution image. Night brings an entirely different perspective, where the motion and movement of the lights will indicate the activity level within the recreation center and specifically on the workout machines that have a perfect view of the artwork. To do this, Area C Projects programmed the machines to directly impact the pattern of the light display and installed motion detectors to monitor capacity throughout the five-story building. 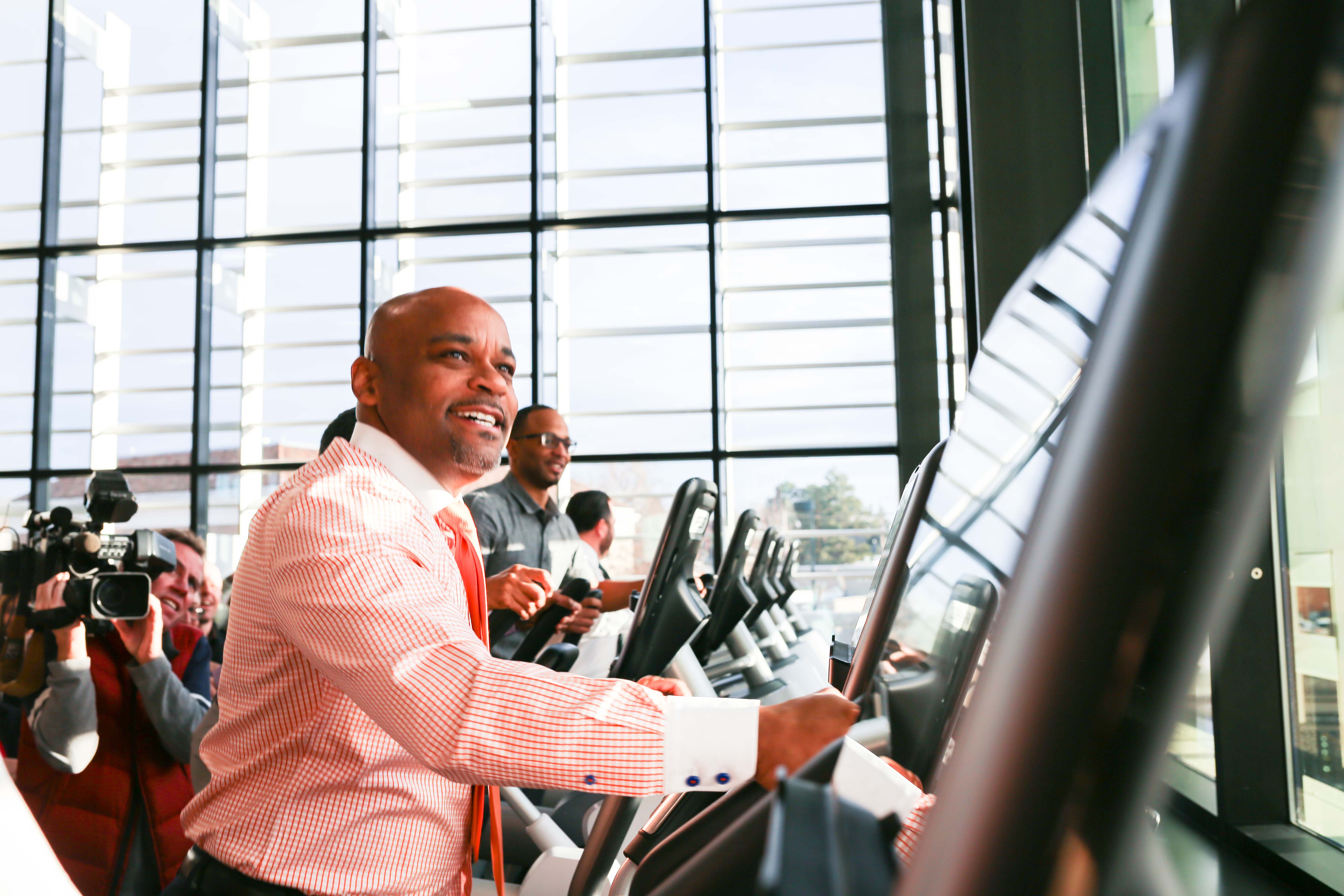 Mayor Hancock exercises on one of the machines that powers “Circuit” on the exterior.

“Whenever it’s appropriate we try to include interactivity in our pieces,” explained Carlson, “we want to make those things intuitive and have a certain subtlety to them. We like having pieces that respond to environments and uses, not something that someone has to figure out how to manipulate or the piece isn’t doing something when someone isn’t doing something with it.” So when no one is using the machines connected to the piece, it will still operate on a coded animation track.

“Circuit” is an homage to “the idea of circuit training and exercise regimes and also the idea of completing a circuit. A circuit is also referring to the individual in relation to the community, and to people making the circuit back to healthy lifestyles,” reported Carlson. He and his wife travel often, installing art pieces around the country, and they are adamant about researching the context of their pieces thoroughly. “We see our strength as seeing what role the site is going to be for people using it. Sometimes it allows us to see a connection that may not be immediately apparent to people living in the community.” 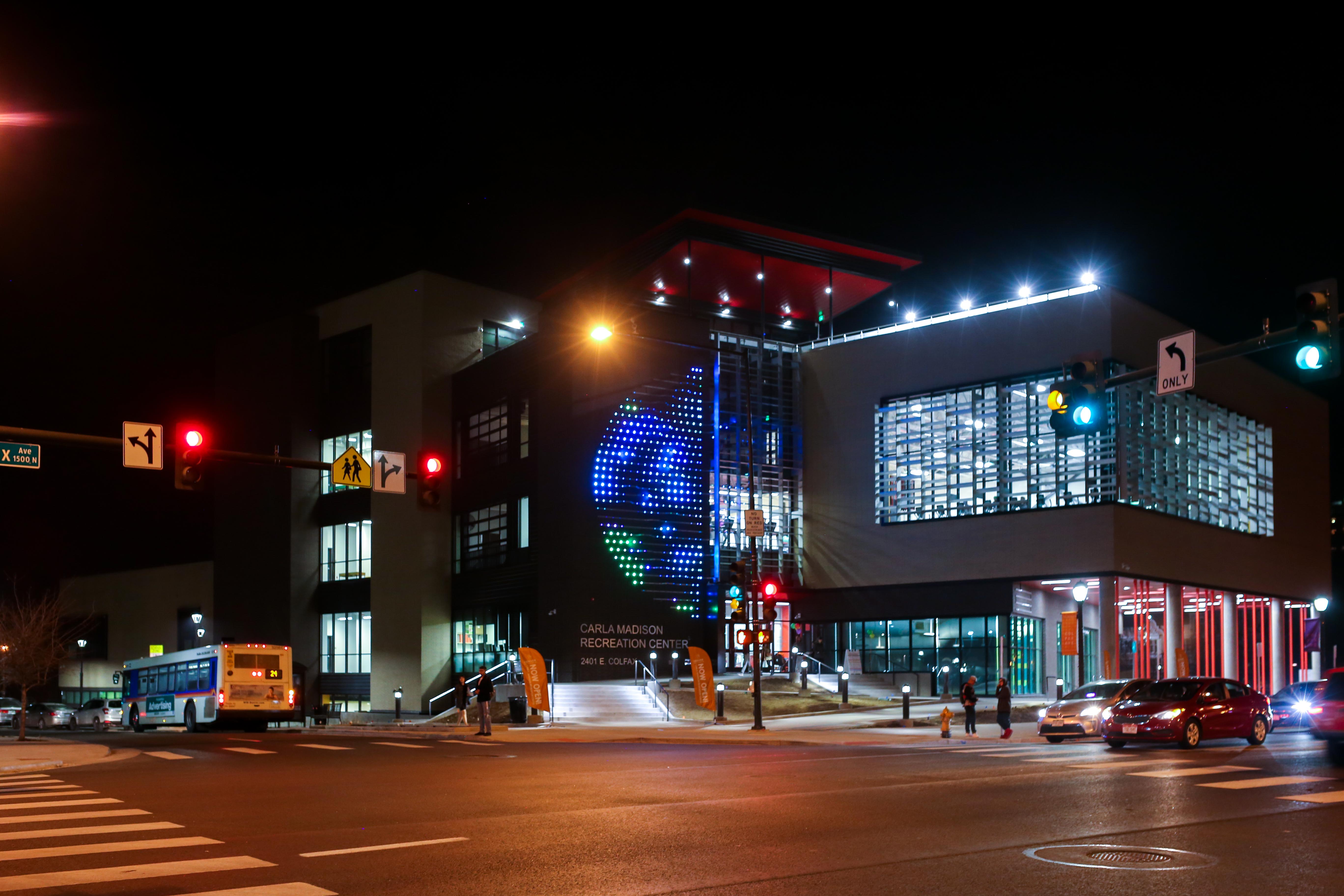 In this case, Carlson and Carpenter highlighted the well-known neon-lit history of Colfax Avenue while also connecting the participants inside the recreation center to the people outside. It is not any wonder they were awarded the commission because they delivered precisely what Denver Arts and Venues asked for. The married team are no strangers to Denver, either. Carlson’s first public art piece was completed in Denver many years ago and Area C Projects have worked with RTD and the Denver Public Library on public artwork in the past. “This recreation center piece is a big deal for us, it’s very important. We are honored to be chosen to do this piece because we sense how important this is for the city and the people who will use it.”