While Great American Beer Festival may be the crown jewel of the brewing world, if we had to choose only one beer festival to attend in Colorado — Big Beers, Belgians and Barleywines in Breckenridge would most likely be our choice. Why? Well, Big Beers is sort of like if GABF was shrunk down into a super potent collection of the top brewers in the US and put in a much more scenic (and education driven) atmosphere. Brewers at Big Beers agree.

“The collection of brewers [at Big Beers] is one of the best in the world,” said Jeffrey Stuffings, founder of Jester King Brewery. His Austin brewery, which forewent GABF this year, would normally have a line 50 people deep. But, at Big Beers, Stuffings was pouring (like most brewers and owners) and readily available to chat. He admitted the location is one reason why so many big names attend.

“Perhaps the uniqueness of the location tends to bring out the owners and head brewers. It almost becomes a bit of a family reunion ski trip party,” said Stuffings. 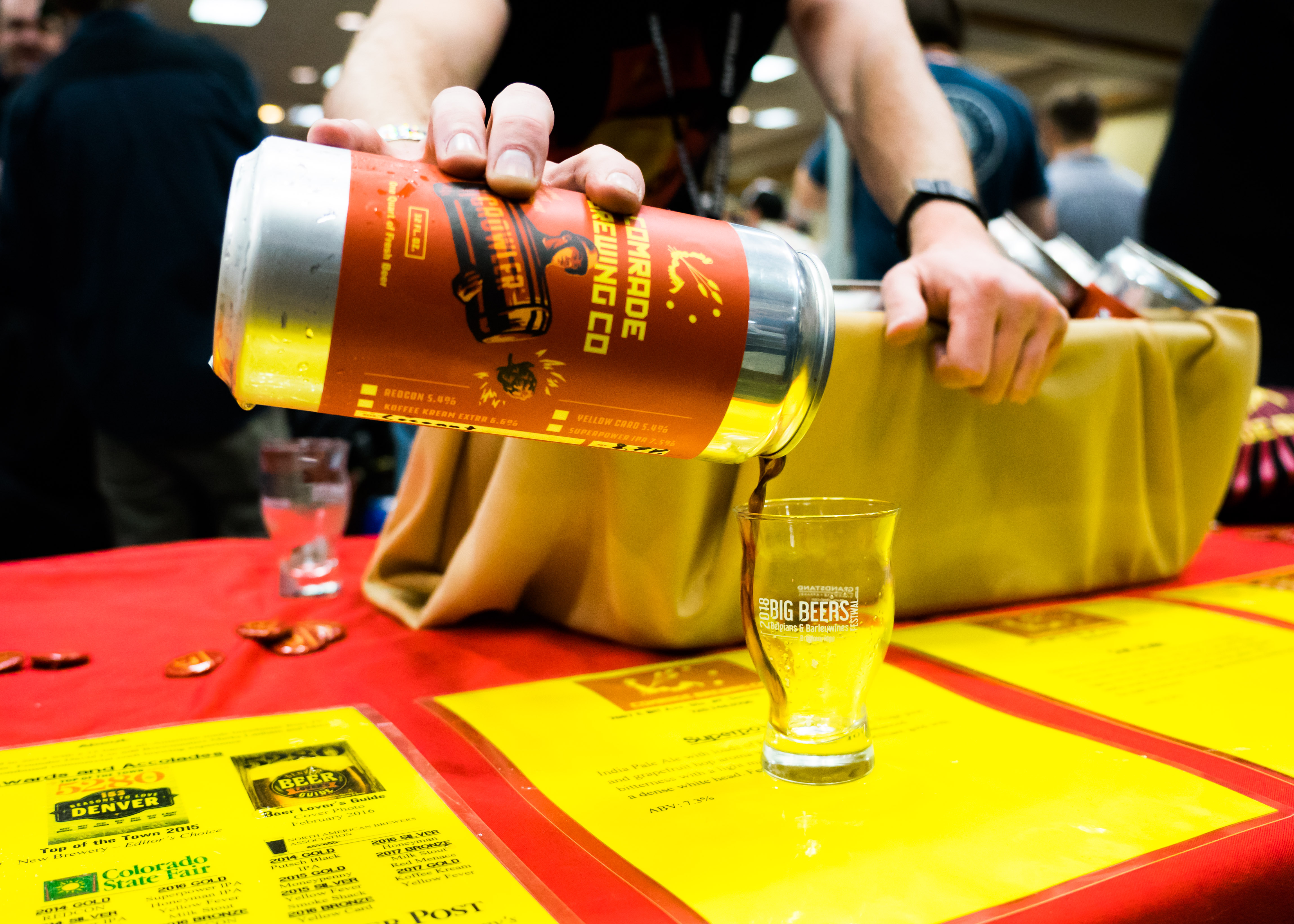 However, that doesn’t mean the brewers are just here to vacation. They bring their A-game. Which means it’s not a mad dash to get your hands on some of the rare stuff since it’s nearly at every turn. Fremont Brewing’s Tyler Busey agreed that Big Beers motivates brewers to bring their best.

“[The] focus on the deeper side of the craft is incredible. At breweries, we are running a business and so we need to support our core beers IPAs and pales and etc. [At Big Beers], this is all pure art. Brewing splits and art science but most of this is pure art,” said Busey.

At this year’s festival — which returned to Breckenridge once again after many previous years at Vail Resort — the turn out was even more exciting than usual. Denver’s Black Project Spontaneous & Wild Ales was a prime example, which resurrected one of its more legendary beers just for the festival. Cat Sabbath is a 23 percent “super stout” which is slowly fermented in a bourbon barrel and has to be continuously fed malt in order to keep the yeast alive.

“The idea was to make port-like stout to do an imperial style stout but take it all the way to the extreme,” said owner and head brewer James Howat. “It’s purposely flat and purposely extra sweet to cover up the alcohol.”

Black Project even brought a vanilla redefinition of Cat Sabbath for a super smooth and sweet sip that nails the similarities to a port.

Amalgam Brewing, another Colorado brewery, also brought some rare goodies for the festival. The offshoot of Niwot’s Powder Keg is quickly gaining recognition for their superior sours. Without a tap room, Amalgam’s stuff can be really tricky to track down, making its showing at Big Beers especially exciting. This year, the team brought their hand-picked series, which is a beer that very few people have tried. This included their Handpicked: Danube Cherry and the Freeform solera golden sour with muscat grapes. For the cherry beer, brewer Philip hand-picked the cherries from the western slope whereas for the freeform, the grapes were pulled from the backyard of Small Batch Liquors off Tennyson.

“We only have 60 bottles of that beer,” said co-owner Eric Schmidt of Freeform.

The list of big beers (both in ABV and status) goes on. Among the top was Jester King’s three-year blend of SPON which combined a blend of “three different vintages  —2014, 2015, and 2016 — for a 100 percent spontaneously fermented beer inspired by authentic Belgian Lambic.” Fremont lived up to its claim that breweries bring the best to Big Beers. Among the list was a huge showing of Bourbon barrel-aged beers including Coffee Cinnamon B-Bomb (and a regular B-Bomb), Brew 2000 Barleywine, Barrel-Aged Unicorn Tears, and its iconic The Rusty Nail. From the west coast, Modern Times impressed with its solid line up of barrel aged sours like the Batch 1500 with black currants which still has a great funk although it is delicately curbed by a hint of caramel from the barrel. 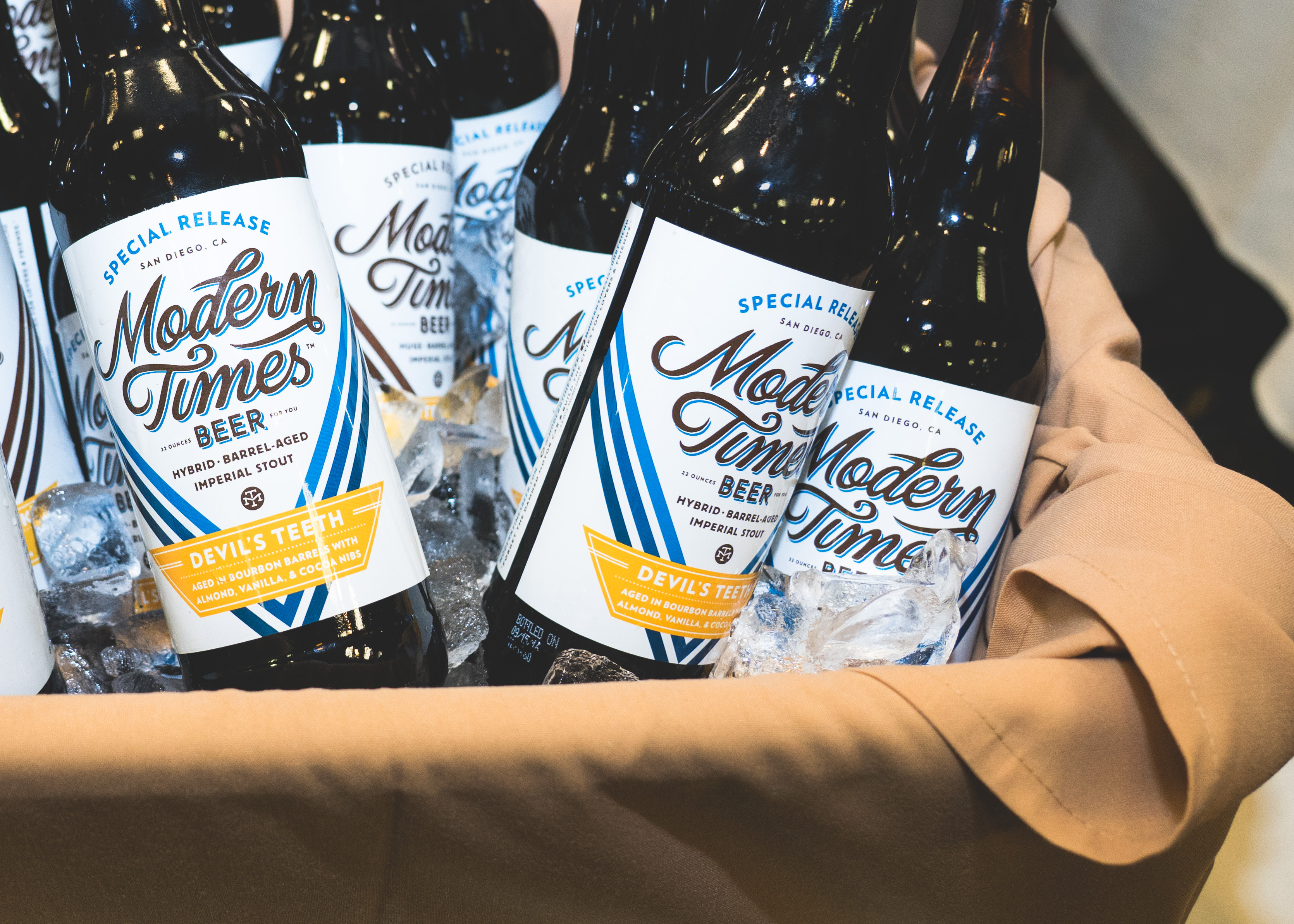 Candy-themed beers or “pastry stouts” continues to be a big trend with many brewers. Fortunately, at Big Beers, most of them pulled it off. No one had the buzz around sweet-tooth beers quiet like Weldwerks Brewing which showed up with three renditions of its cult-favorite Medianoche including single barrel s’mores, cherry truffle and rum double barrel. Overall, the Greely brewery brought 11 different beers for a really enthusiastic pouring. However, when it came to candy-themed beers, Perrin may have brought the best with its malted milk ball imperial porter. Instead of dumping a ton of Whoppers in the beer, the Minnesota brewery deconstructed the candy by brewing with lactose, vanilla and cocoa nibs which is then aged in Woodford Reserve Bourbon barrel for nine months. The result was distinctly nostalgic but lacked any hints of artificial sweetness the actual candy may have produced.

This year’s festival, now in its 18th year, proved it’s only getting better with age too. The pour list grew by over 100 beers this year ( it was 540 beers) and nearly every addition was something worth trying. However, if you really want to know why Big Beers is special, you don’t have to look much further than its founder, Laura Lodge. Lodge along with her brother Bill, first started the festival as a way to educate.

“The festival was created in response to the consumer education void about specialty beers in 2000,” she said.

But over the years, the passion and dedication Lodge has given to the festival is felt in every inch of it.

“I think the celebrational-feel of the event by everyone involved makes it special,” she said. “There are a few select events around the country that have this energy going with all of the attendees and the brewers, and I think that makes them really stand out as an exceptional experience.”

And while the festival is clearly gaining popularity (it was packed wall-to-wall on two floors), it still feels as special as ever. Next year, if you’re only planning on attending one beer festival, Big Beers should be on top of your list.