For the sold-out 21 Savage show on Tuesday night, the doors to The Ogden Theatre opened at 8 p.m. to a sea of college-aged kids, clouds of marijuana in the air and a preacher at the entrance spouting Bible verses at concert-goers. But despite all of the built up energy and excitement in the audience, 21 Savage delivered a short set that left concert-goers wanting more once the show ended. 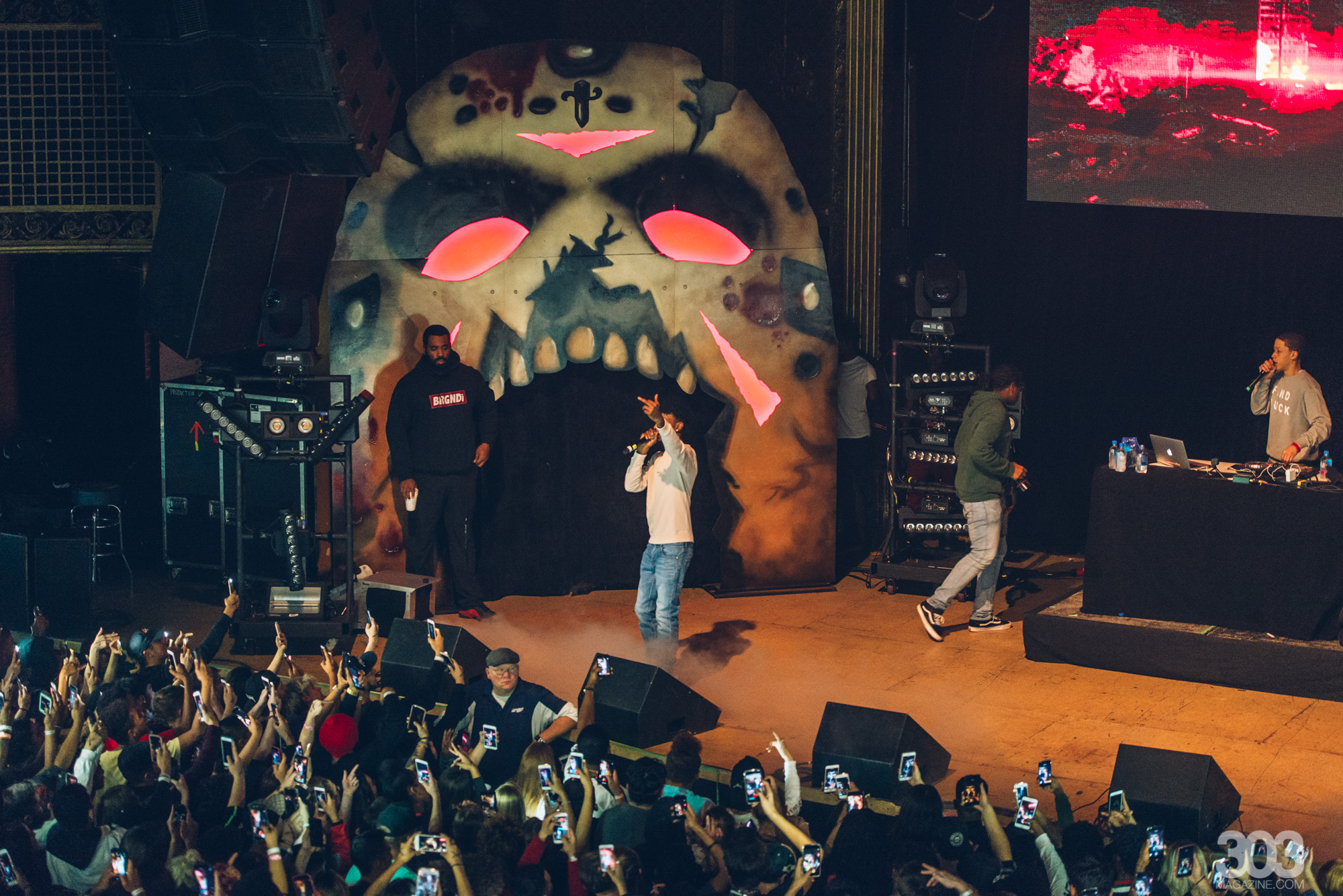 In typical rapper fashion, the show started later than its intended start time of 9 p.m. No one graced the stage until around 9:35 p.m. — and the crowd was getting angsty, waiting for the show to start. To the surprise of many, NBA Youngboy was no longer opening, which drove audience members to start a chant wondering where the opener was. Instead of NBA Youngboy opening, there was a short DJ set, followed by a local Denver rapper alongside some Slaughter Gang members who got the audience ready for 21 Savage. When 21 Savage took the stage around 10:30 p.m., the crowd was ready to keep the energy and party going. 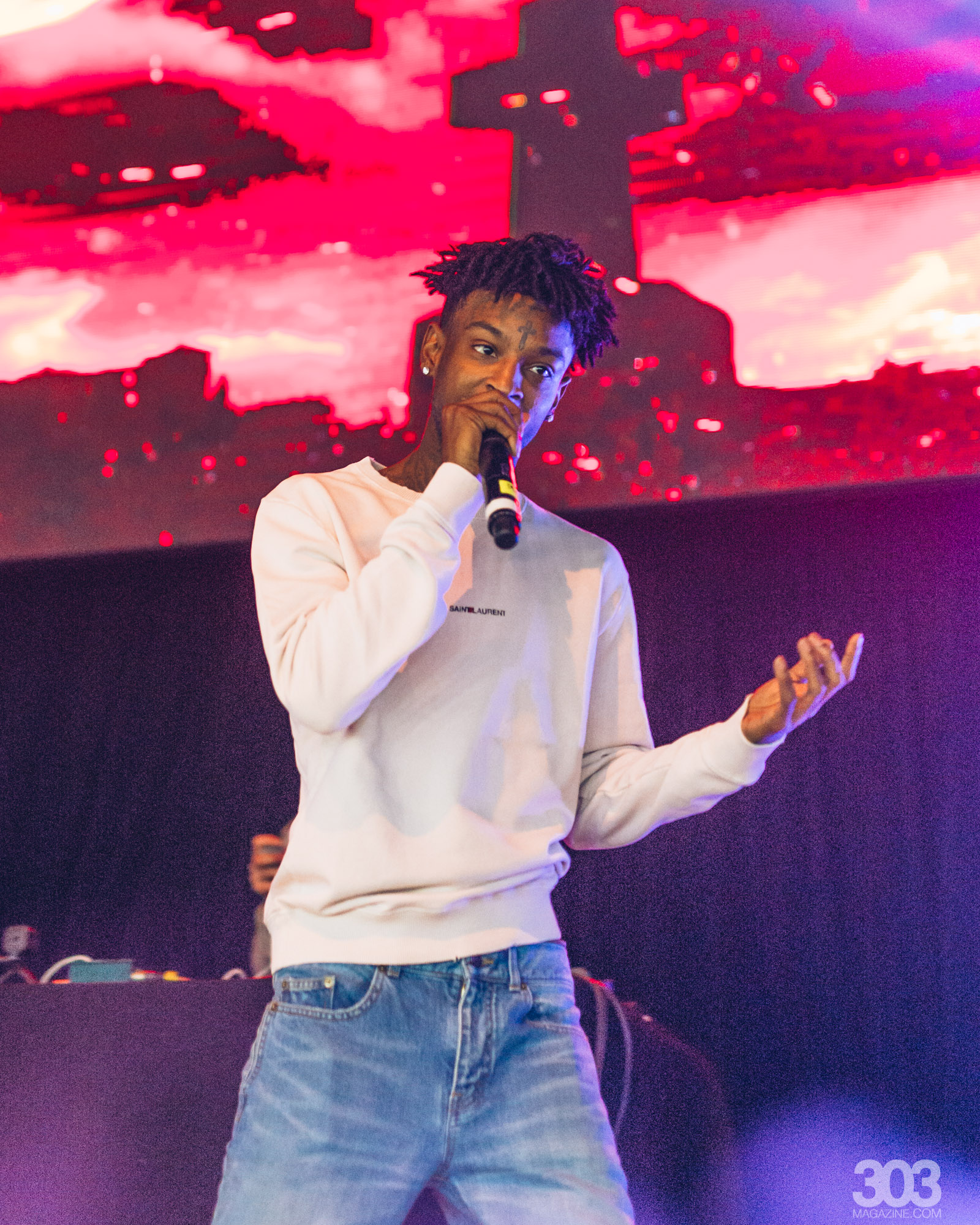 Atlanta rapper 21 Savage isn’t known for having an intense or extravagant stage presence, but he is known for rapping on songs that will get you hyped where ever you are. The 25-year-old rapper showed off his catchy trap style while keeping the audience turned up with songs off of the Issa Album like, “Money Convo,” and “Numb.” Throughout the concert, 21 Savage stuck to rapping and interacted with the audience only to comment on the altitude – like most artists do when they’re set to play in the Mile High – and to point out the fogginess from all of the blunts being passed around. He even posted on social about not being able to breathe in Denver after Tuesday’s show here. 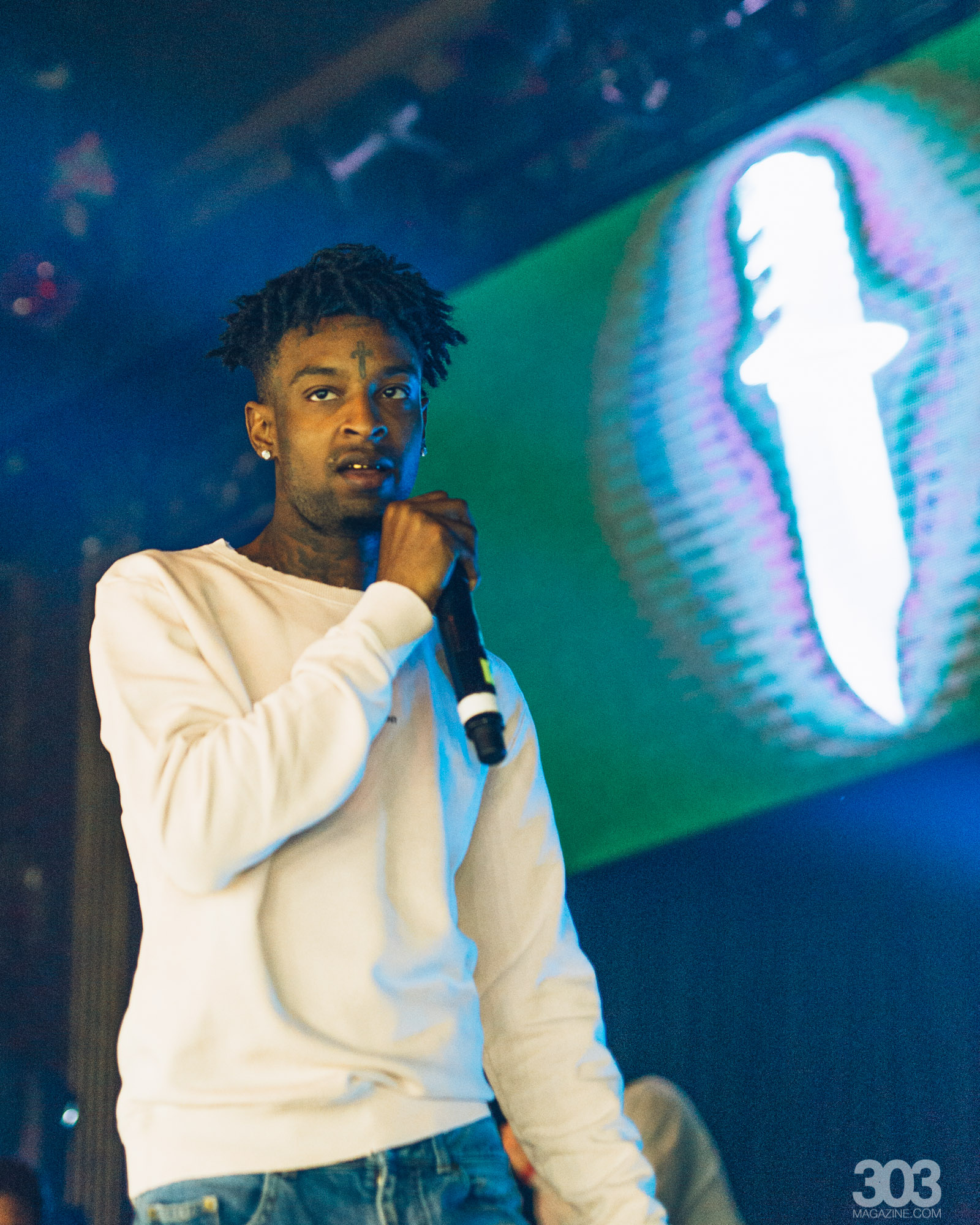 When it came to the last song, the rapper finished with his biggest solo hit to date “Bank Account” and the crowd was in full on “savage mode.” The whole audience was jumping and screaming the bit, “I got one, two, three, four, five, six, seven, eight M’s in my bank account,” when it would roll around during the chorus. So when the rapper just left the stage with no encore, no closing and not even an outro everyone in the audience seemed confused. Still amped from the rappers most famous song, people chanted for an encore until the lights came on and security started kicking people out. Either dumbfounded, stoned, drunk or just in awe people in the crowd asked around wondering if he would come back, complained about the short set and eventually found themselves in the sea of people leaving the venue. Although 21 Savage’s set may have only felt like it lasted 21 minutes, the rapper definitely lived up to his name, brand and persona. He slaughtered the audience with his chart toppers and let everyone know just how savage he is by finishing the concert with no warning.

All photography by Alden Bonecutter. Check out the full 21 Savage gallery here.