Coffee at The Point is a staple for the Five Points community where residents can meet, drink, work or just eat on a daily basis. Owner Ryan Cobbins opened his doors seven years ago and is well-known for donating his space to the public.

“Ryan has built a culture of diversity, kindness, and community that is all too rare today,” said Camdon Wright, organizer of a monthly game writers group at Coffee at The Point.

This is important to Cobbins because he wants to ensure his community is represented. 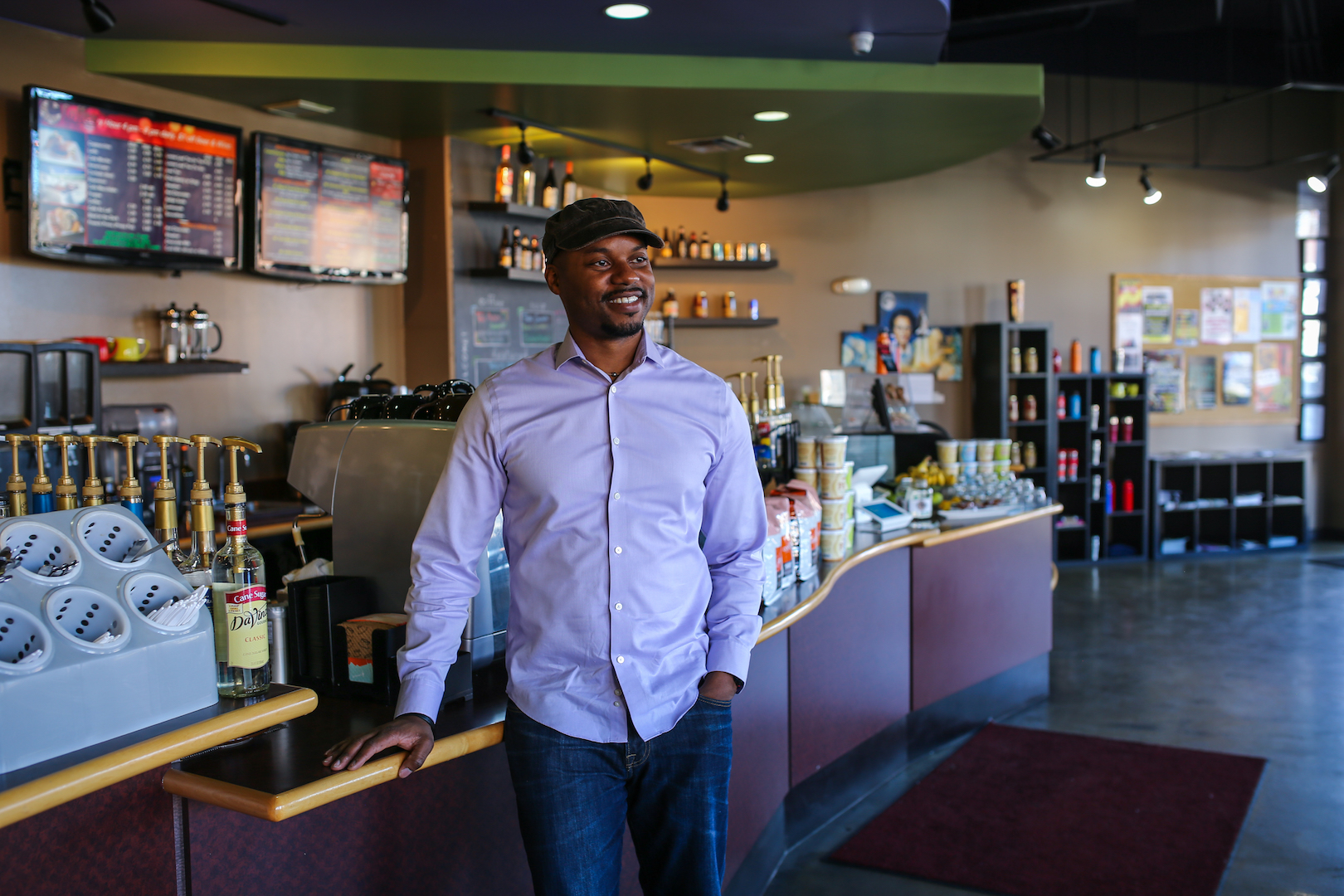 The community’s love for the café was recently reciprocated when a Community Crowdfunding Campaign raised $25,000 for a new espresso machine.

“We’ve got buttons that are falling off,” Cobbins stated. “It [was] an all or nothing campaign, we’re a dollar short and all of that money goes back to whoever gave it.”

Despite the remainder of work to be done, Cobbins highlighted the importance of recognizing the seven years Coffee at The Point has been open.

“Making those seven years is a pretty huge milestone,” he said, referencing the gentrification history of Five Points and the large number of businesses that have closed after just three years in the area . “Being in a revitalizing neighborhood where businesses come and go… it’s important to provide a consistent place for folks in the community to go,” he said.

Cobbins, who is not quick to cast judgment, urges people to find empathy within the debate.

“We all make mistakes.  This world needs more empathy on both sides of the fence in order for all of us to progress forward,” he said. 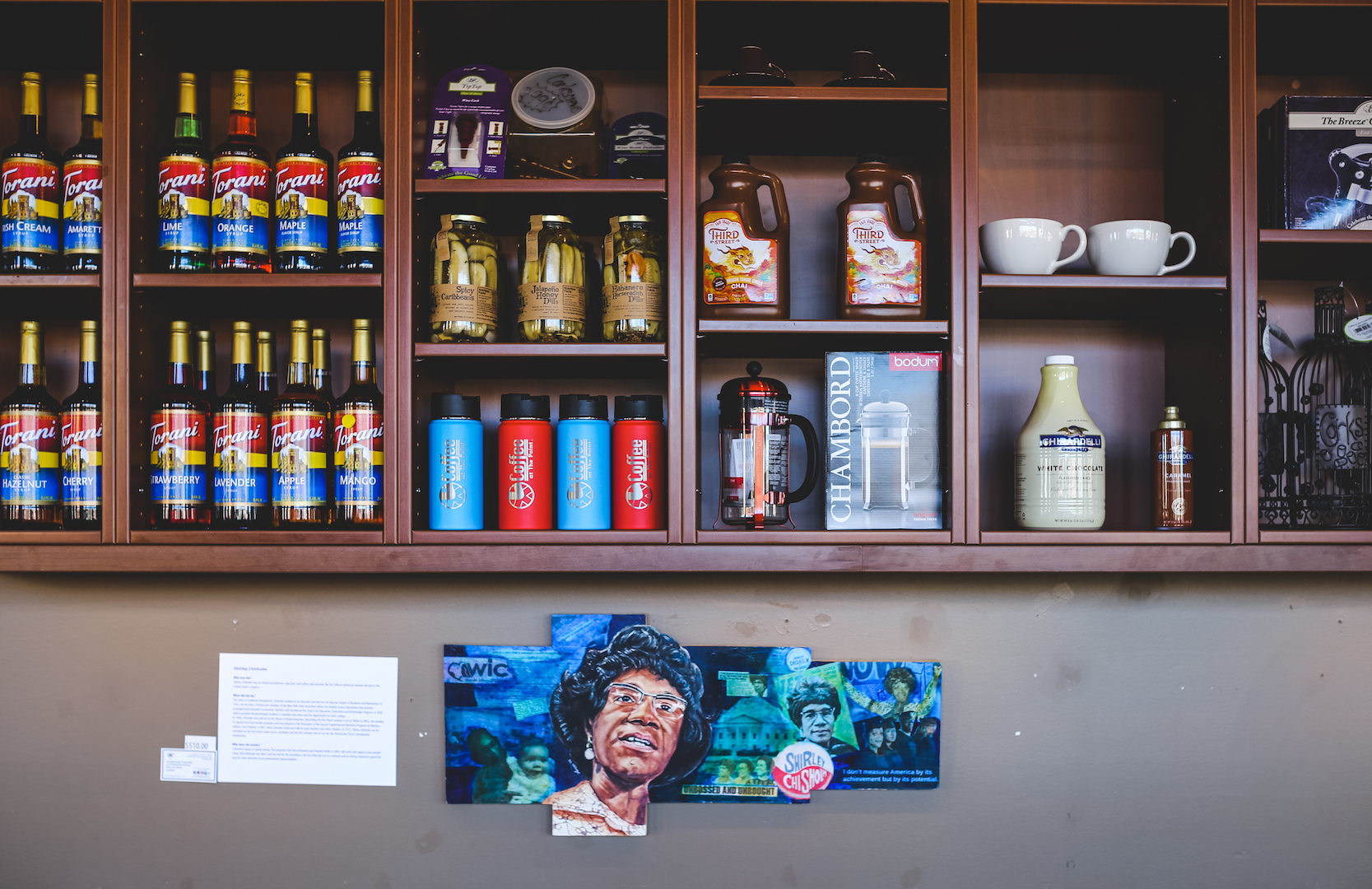 While much of the neighborhood’s response to gentrification has been negative, Cobbins realizes he stands apart.

“My take is different because what I have experienced is — yeah, there are folks that are now migrating outside of the city just like they are coming in, but if you’re struggling and someone is offering you cash for your property with one comma or two commas in it, some folks take that cash, and you see that all over Denver.”

Even so – being a business owner – Cobbins knows that change can be extremely difficult.

“The other piece is that change is never easy for anybody,” he explained. “I own Coffee at The Point and if someone were to come in and slowly start taking away my authority I would feel some sorta way. I can understand that.”

In spite of the change, Cobbins tries to celebrate the historic arts culture of the Five Points neighborhood. Aside from his events, he also has numerous canvases displaying works from local artists such as Adri Norris, Brigitte Thompson, Shirley Chisel and more.

Cobbins wants Coffee at The Point to remain a staple in the neighborhood and continue to improve its service toward the Five Points community while also providing a space for his children to recognize as their own as they grow up.

“Our main vision is to make sure that we are sustainable as Coffee at The Point and continue to get better,” he said. “That will be important for the neighborhood. We want to continue for another seven years.”

Coffee at The Point is located at 710 East 26th Avenue, Denver.

All photography by Danielle Webster. Additional writing by Brittany Werges. 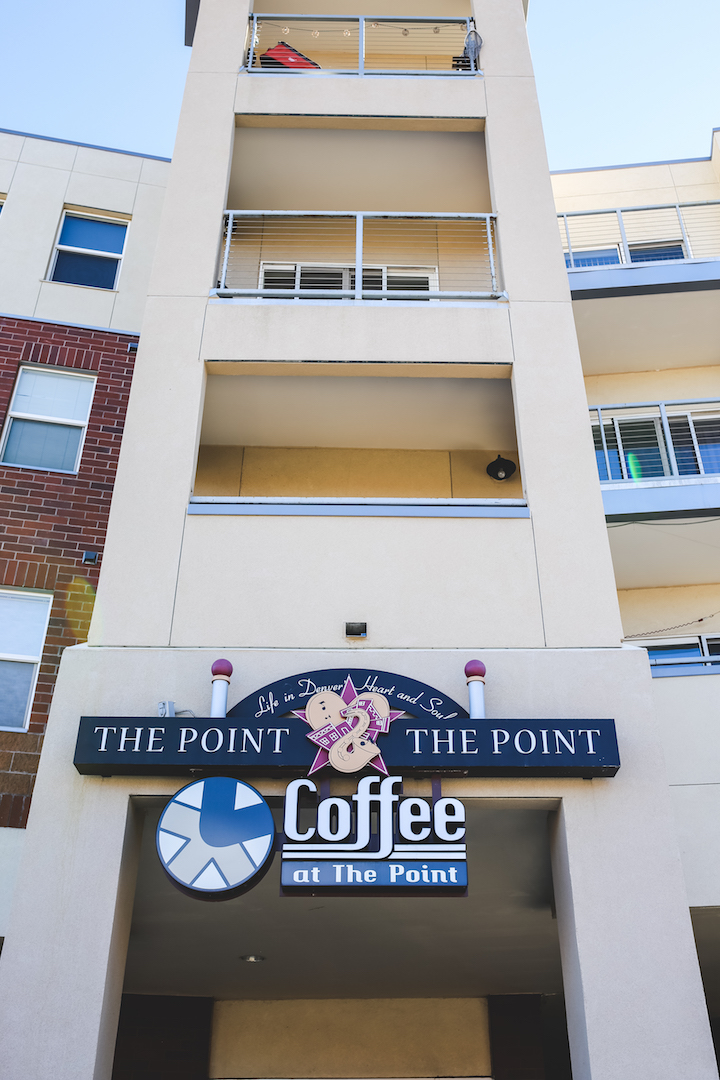