Here’s Why Denver Band Paper Bird are Breaking Up

At the beginning of November, Paper Bird announced their final leg of shows — their “Farewell Shows.” After recording music and touring as a band for over a decade, the decision came as a shock to many, whether they’ve known Paper Bird for a majority of the ride or to new fans converted from the band’s most recent album produced by John Oates. A handful of reasons contributed to the band breaking up, however, drummer Mark Anderson claims that during the recording of their self-titled last album there was a sense that it would be their final. “I don’t think it was ever explicitly stated,” he said, “but I think that there were some [things] hinting at this kind of stuff.” We spoke with the Denver group about what exactly contributed to this transition before their farewell tour next month.

For over a decade, Paper Bird has been comprised of a group of friends (and even family) who simply love making music together. But after 11 years of recording and touring as a group the band was ready to grow musically, separately. This was something that former member of the band Esmé Patterson left to do a few years ago. Her sister Genevieve Patterson also left the band last year to move to Los Angeles.

But despite some of these departures, the band says this break up didn’t begin with any drama or dissent. Mark, the youngest member of the band, spent most of his early adulthood with Paper Bird — he started with the group when he was 19. The now 28-year-old has spent a third of his life with the band — growing it as a business, creating music, traveling on the road and even having to form relationships and mature into an adult along the way. “I think we just all sort of felt this feeling of, where are we in this?,” he said,  “Where is our actual identity? I think we just all felt this pull to explore something else as adults now.”

“This is the longest break from gigs I’ve had in 20 years. It’s fun — it’s nice and refreshing.” – Summeril 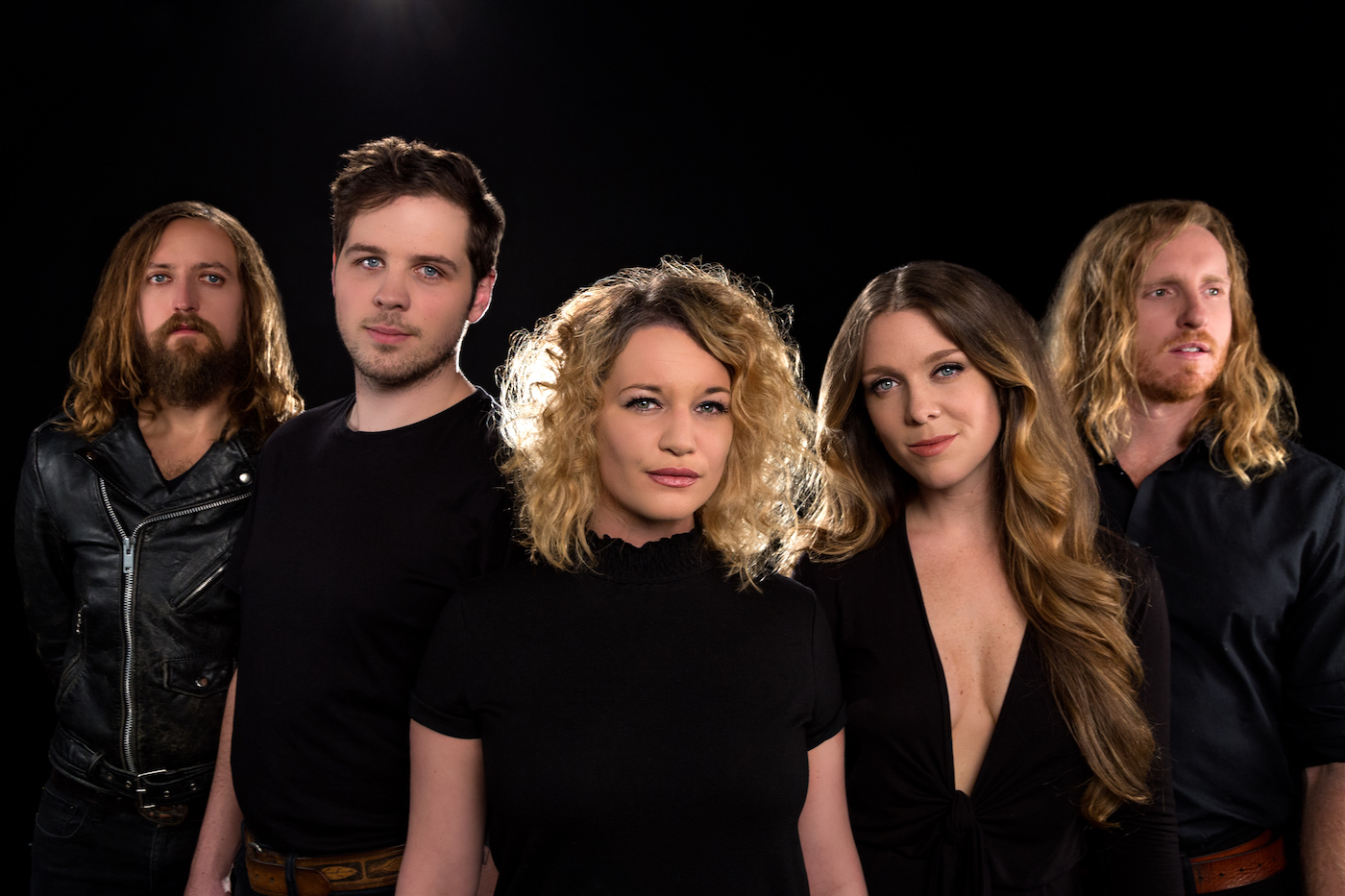 Vocalist and newest member of Paper Bird, Carleigh Aikins echoed similar sentiments saying that maybe it’s time for the band to explore other things. “Even a name can hold a lot of energy and history in it that I think all of us want to let go of and see what we can create beyond that.” Aikins continued, “The work we do [Paper Bird] is representative of all of our influences and I’m looking forward to showing what’s been in my head and my vision for myself and my voice.”

Sarah Anderson, vocalist and trumpet player for Paper Bird, says the band started to feel stuck in the “Paper Bird way.” She claims that this feeling, tinged with the urge of wanting to grow as individuals could have led to Paper Bird becoming something the group never intended. Sarah explained,

“We’ve put a ton of pressure on ourselves to be something, to do the right thing and I think we just hit a wall. We were like, wow, we’re forcing this. This isn’t just flowing in the way that it used to. I think in life that just happens. We’ve been at it for 11 years and I honestly think in a lot of ways we grew out of it, which sounds funny but that’s how it feels. Instead of forcing it, it was like, I think it’s just time to let this go.”

Something that has grown frustrating for the band is a decade of touring. Mark weighed in on the matter saying, “Touring is great but after 10 years of it, it’s hard to get in a van for four weeks. I think that is a big reason why the band is ending — the way we were making money was like grinding our teeth in the pavement.” This issue, after time, began to weigh on Paper Bird’s physical and emotional health. He continued, “People in the band are getting married and have families and it’s just starting to really wear on [us].” Mark claims Paper Bird was like a machine with booking and touring. Summeril echoed similar sentiments saying, “We’re all a little older now and the lure of just being on the road nonstop is more challenging than rewarding.“

Another factor that contributed to the band’s break up involves their relationship to the Denver music scene in comparison to the national scene. Mark explained that it got to a point where Paper Bird would only play in Denver maybe once a year and they went from being a local band to a touring national act. But why? Mark explained that it’s not about the music scene in Denver, rather about the lack of a strong industry. “It makes more sense to build a market in a place like Nashville or New York or L.A. than it does to raise money to continue to try and grow in Denver.” The fact of the matter is, Paper Bird began to grow followings in cities across the country, and they kind of had to. “I felt really frustrated — I always I loved playing Denver. There’s such a gratifying and supportive nature to it but as a business, it didn’t make sense.” Summeril expanded, “We’ve got some debts we’ve got to pay before everything’s said and done.” Though the band has had to tour relentlessly to make a decent profit, that wasn’t their goal. “We did some really cool stuff over the years and amazing experiences and while we didn’t pan out to be rich and famous, I don’t know if that’s what any of us wanted anyway,” said Summeril. 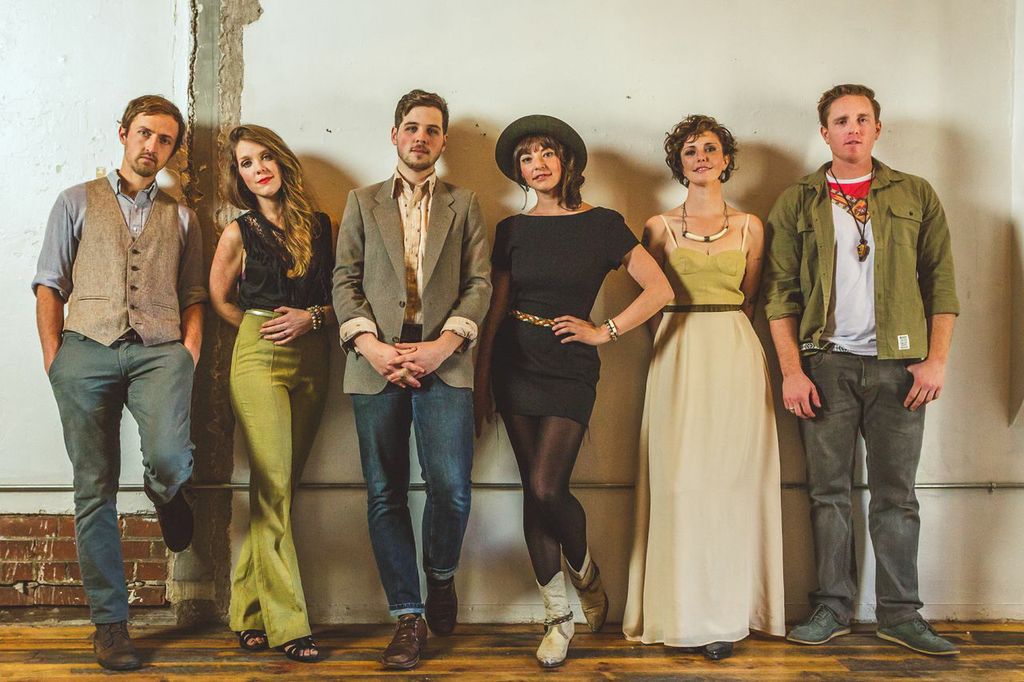 Another member of Paper Bird, guitarist Paul DeHaven, is working on his first full-length solo album, King of Gold, which pulls some inspiration from his experience with the band and their tooth-and-nail grasp on getting by. He said, “It may be more of a generational thing — at least for a lot of the artistic types I know. You know, we’re in our 30s and still living hand-to-mouth and trying to get by — feeling just a little discouraged by the system.” DeHaven continued, claiming that through his new album, he wants to turn his bitterness into something beautiful. “At the end of the day, everything we do has a certain amount of our own vanity and ego in it and desire to find a place in this world. The goal is to find those moments and places where it doesn’t feel futile.”

“It feels like a big deal because I’ve never really gone out on my own.” – Sarah Anderson

King of Gold will feature a few songs with Paper Bird drummer Mark, who has musical aspirations of his own. Mark has never been only in Paper Bird, rather he plays with a few other bands and artists including Bad Licks and Kyle Emmerson, and he runs his own production studio. Without Paper Bird, he’s excited to really dive into his other projects and spend more time growing them. In addition, Mark, Sarah and DeHaven have a collaborative project in the works we’ll be hearing much more about soon.

Aikins will be focusing on musical aspirations in her home of Canada including with a band called The Junction who have a had a lot of success in the country. She will also work on her own solo material as well as joining forces with musician Brant Jackson on something that has more of an R&B feel than what Paper Bird produced.

Summeril is the one member of the band that may take a break from music and step away from the field. “I’m honored to be a musician and be in a band since I was 13 years old,” he said, “[Now,] I’m just trying to figure out what I want to do. I’ll always be involved in music but I don’t know if I want that to be my main thing anymore.” Summeril is thinking about taking some time to travel with his girlfriend —but to Peru, not the kind of travel he experienced with Paper Bird. He’s also a writer. Summeril is working on a book of short stories. He’s also considering venturing out into some business opportunities, like making food products from bugs. “At the core of it, we ran a small business for the last 10 years,” Summeril said, “I was always super involved with the business side of things. I think that spark is still in me.”

We’re now less than two weeks away from the kickoff of Paper Bird’s farewell tour — and it’s starting to sink in for the band. Summeril said, “I’m excited about the change and what’s coming but I’m also a little terrified. I don’t have it figured out — I don’t know what I’m going to do next.” But he’s optimistic. Mark, on the other hand, is already diving into his other projects and is excited to work on things from the ground up again. The band in its entirety is looking forward to maintaining their close friendships and working together on future projects. But this may not be the last we will be seeing of Paper Bird — just because the band is breaking up doesn’t mean it’s a finite decision. Summeril said that they’re not ruling out the possibility of making another record in a few years. 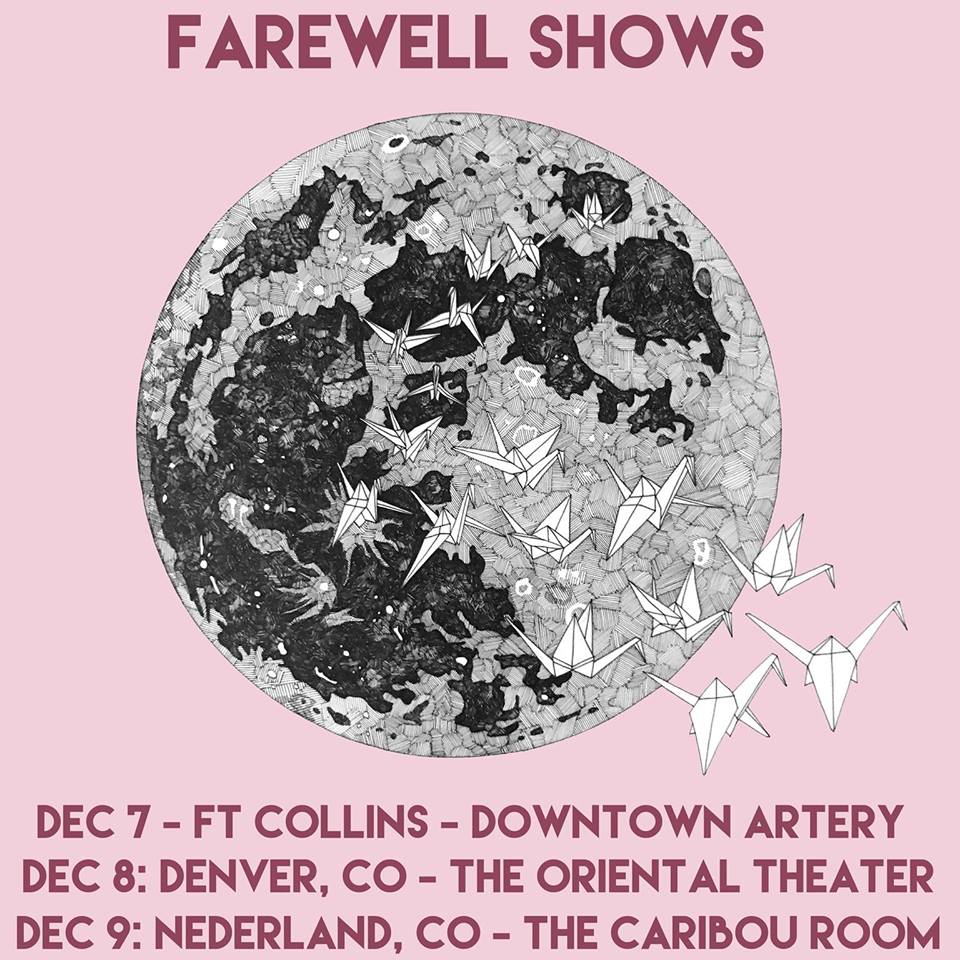