Film festivals might seem like a thing of the past, with the proliferation of streaming services and binge-watching anything at any time. But the organizers of the Denver Film Festival (DFF) have picked up on that, bringing with the 40th anniversary a saturated schedule of screenings, some of which might be hard to find online, spotlights on two countries, Colorado filmmakers and special programming like their virtual reality place (VRP.)

The 40th Anniversary is kind of a big deal, not only because DFF is one of the oldest film festivals in the country that is still operating, but because it allows the Denver Film Society and moviegoers to look back at the wealth of cinematic delights that have been shown and appreciated in the Mile High City.

“Back in 1978 when we launched this festival, Jimmy Carter was the president and the country was poised to adopt the metric system,”  executive director Andrew Rogers said before the screening of the opening night film, Lady Bird in the Ellie Caulkins Opera House. He continued, “A lot has changed since then… One thing that hasn’t changed in four decades is the commitment that the Denver Film Society has for this community. Our effort to bring the best films and filmmakers to the community has been supported more than we could have imagined.”

Last year DFF opened with La La Land—a film that later almost won the Oscar for Best Film (hopefully we don’t need to relive that embarrassing “almost”) — and hosted Emma Stone and Damien Chazelle on the Red Carpet before the screening. This year, though no big name celebrities were in attendance, the opening film Lady Bird charmed the audience in Ellie Caulkins with impressive performances by Saoirse Ronana (The Lovely Bones, Hanna) and her character’s infuriating but strong-willed mother played by Laurie Metcalf. Directed by first time filmmaker but long time actress Greta Gerwig, Lady Bird transports viewers to their own high school experiences but focuses more on familial relationships than the petty drama in the hallways. This was only the second time in DFF history that the opening night film was female directed.

Though Lady Bird follows the normal plot line of any coming-of-age film, it stands apart in a few ways. The most obvious is that the main character, Christine “Lady Bird” McPherson does not fill the typical role of either outcast or popular girl. She might live on the poorer side of town and pine after big houses and nice cars that her richer peers have, but it never shows her being bullied for it. The other way it stands apart from coming-of-age films, and really most other films, is that it passes the Bechdel Test. This test was named after Alison Bechdel, the author of Fun Home, a graphic novel, and has three rules: “1) [a film or book] has to have at least two women in it, who (2) talk to each other, about (3) something besides a man.”

Perhaps it’s the trend in filmmaking right now, but nearly all of the Red Carpet screenings are focused on a female character. Molly’s Game, I, Tonya, and Three Billboards Outside of Ebbing, Missouri, feature stunning performances by Jessica Chastain, Margot Robbie, and a personal favorite, Frances McDormand. These will be films that will garner buzz after the festival and will be in big theaters across the country, though seeing them at the festival will put you ahead of the crowd. 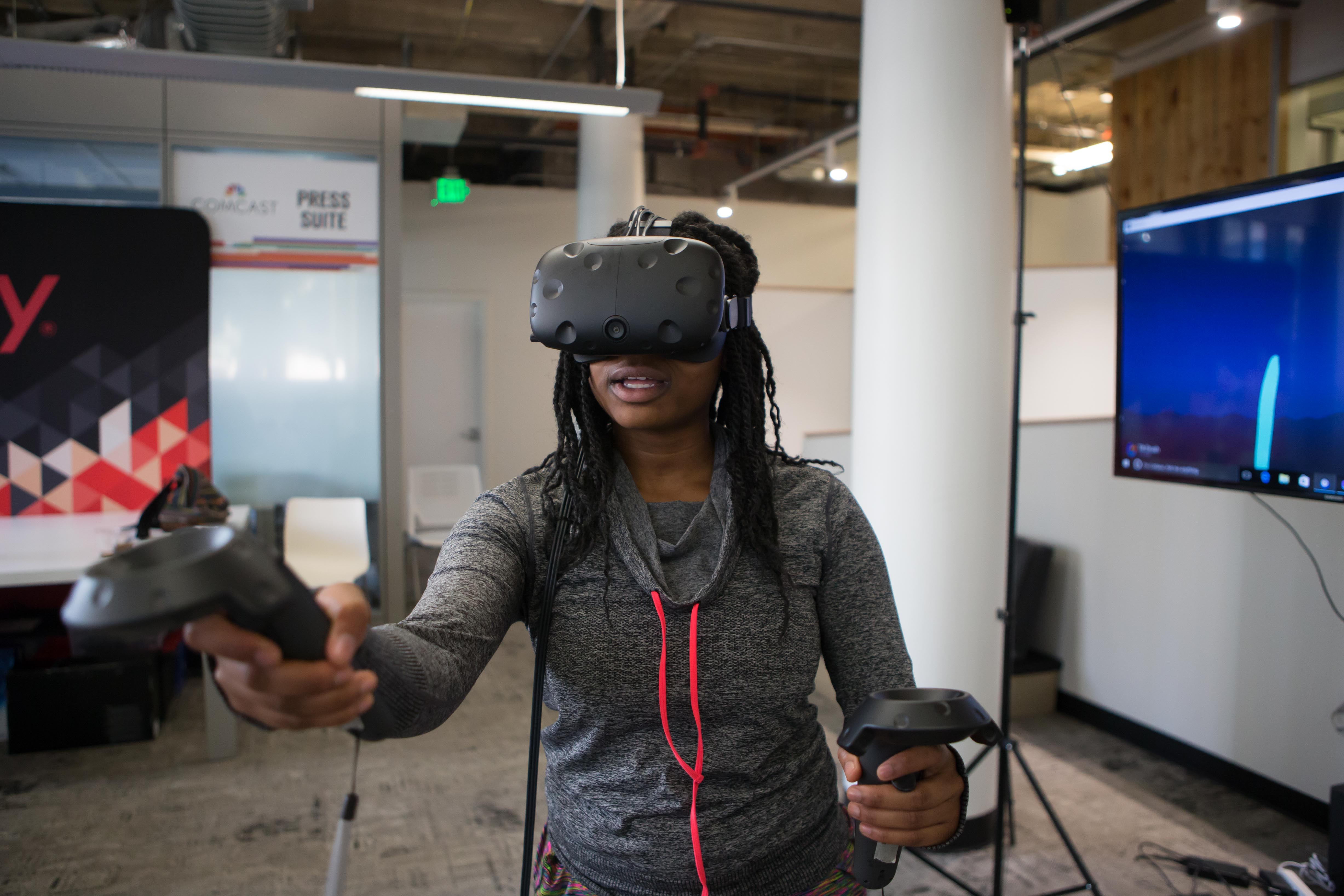 As the directors of the festival agree, it’s not enough to just screen films anymore. That’s why they’ve amped up their special programming and also their parties. Last year, the Virtual Reality Place only happened for a few days of the festival, but this year the second floor of the McNichols Building will be dedicated to virtual reality every day— 3 – 8 p.m. on weekdays and 12 -8 p.m. on weekends. Instead of a few headsets, the VRP will feature a curated program of situations, games, and other VR experiences from a variety of directors and organizations. There will also be live performances with some screenings, like Hidden Frequencies on November 5 and the Eyeslicer Roadshow on November 2.

If you let it be, DFF can be a “window to the world,” as festival director Britta Erickson commented. With over 200 films, including shorts that are not likely to be shown anywhere else, there’s reason enough to stop by for at least a few in the next two weeks. For a full schedule and list of films, visit the Denver Film Festival website.