What The Funk Showcased The Best In Barrels

What The Funk Invitational – which is lovingly referred to as WTF is one of the premier beer events associated with the week of the Great American Beer Festival. Depending on who you ask some might even suggest it’s just as important as the main event. While that may feel like blasphemy it’s not – it’s a reflection of the hard work and belief of our local brewery Crooked Stave Artisan Project who is behind the event.

The festival focuses on a specific type of beer – all things barrel-aged and limited. Many if not all of these beers will not be available at any other event during GABF and may be difficult to get directly from the breweries when they release. The event which is kept small also allows for beer enthusiasts to mingle with the brewers behind those beers – by making this event fully interactive it creates an intimate beer experience.

Walking in you know, we knew we were in for a great night when we saw the specialty bottle releases in addition to the main pour list. Throughout the night they were popping bottles of Cantillon, Drie Fonteinen and Tilquin Quetsche – Belgian beers that are nearly impossible to get in the United States. These breweries are the standard when it comes to sour beer styles such as the Kriek and Gueze. And while not all the beers at WTF were funky in the sour sense, it gave beer drinkers a chance to compare our best sour beers in the US to what is considered to be the best sour beers in the world. 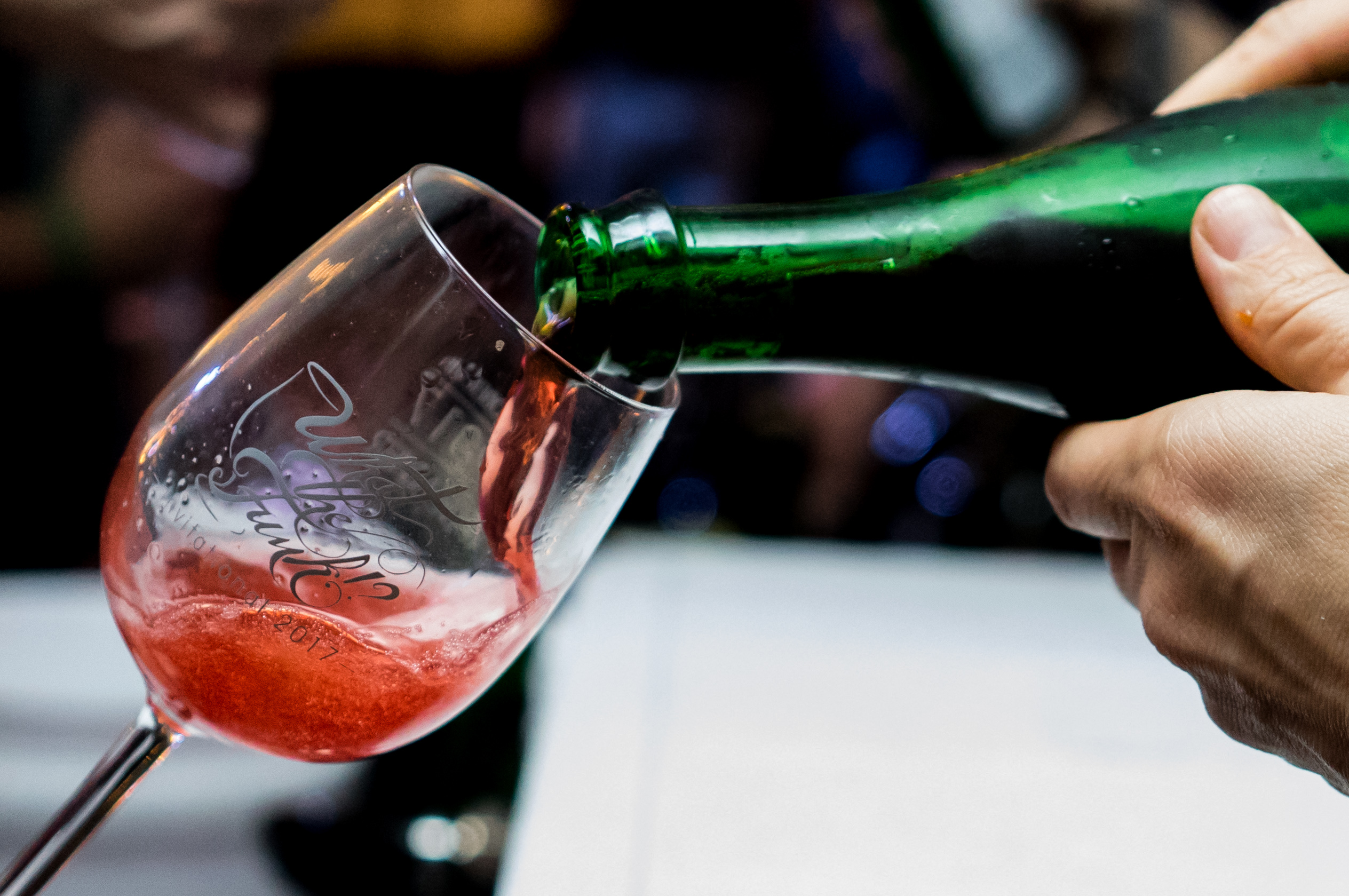 Starting with the Cantillon Gueze it only felt right to keep the funky sour party going by exploring what other breweries were doing with their barrel-aged sour beers. This may not be what you think of when you hear the term barrel-aged. The majority of these sours sit in either oak barrels (the type of wood may vary) or even larger sized barrels called Foeders where they ferment over time which creates the funky flavor. The fruit (if desired) is then added to these beers – the amount of time it ages on fruit varies – before we get the final sometimes pucker-worthy final product.

The immense time and effort put into these beers are why they are often rare and yet some of the very best of these were found at WTF. The local Colorado sour beers that stood out were Supreme Clientele from Casey Brewing and Blending it was tart and bursting with a combination berry flavors such as raspberry and blackberry – the mix of berries was unique just to this beer. To showcase the spectrum of what a sour can be Amalgam Brewing dry hopped its sour beer Composition #1 with Citra and Mosaic hops – juicier hops that created a beer that could appeal both to the sour beer drinker and the IPA fan.

Crooked Stave as the host of the event cracked open its beer cellar to allow people to taste a bit of its history. From 2012 the Nightmare on Brett Port was a powerful beer. This dark sour ale was aged in port barrels. By mixing the properties of a strong, typically sweet wine barrel with the sour ale it created a silky-smooth balance that has aged nicely over the last five years.

While we have immense pride in our Colorado sour beer scene there is a lot of great things going on around the country. Jester King brought three distinct beers to WTF but it was Atrial Rubicite with the raspberry punch that left a lasting impact. From The Rare Barrel The Hyper Paradise was tart and burst with mangoes and passionfruit – it tasted like you were on a Caribbean vacation.

There was one sour, however, that ventured off the path of the expected. The Plum Gose from Two Roads Brewing was made differently. The souring vessel for this particular beer actually used to be an old milk truck. The beer was kettle soured (not in a barrel) with Italian plums which hit you on the first sip but then finished with the salty bite you can expect from a traditional gose.

While the majority of beers at WTF were showcasing what a barrel can do for a sour style beer it would be remiss of us not to talk about what a good Bourbon barrel can do for a beer. Fremont Brewing in collaboration with Perennial Artisan Ales brought Unicorn Tears – an oatmeal milk stout aged in Bourbon barrels with cherries. It was dark, luscious and might perhaps have made a unicorn cry.

The other beer that featured Bourbon barrels was the Medianoche Reserve from WeldWerks Brewing Company. Unsurprisingly, it had the longest line of the night. This beer which starts as the regular Medianoche which is aged in those barrels for 17 months is then enhanced with vanilla beans, cacao nibs and toasted coconut. The Bourbon barrel augments the base stout while the vanilla and coconut linger on the tongue.

The What The Funk Invitation is quickly finding itself at the peak of what a beer festival can and should be. It brings in the best and the unusual and allows for the entire beer community to come together to discuss and experience. It is also doing good for the world around it – all the proceeds from this event go to Water For People which is an international non-profit that works to bring safe water and sanitation to four million people across nine countries.