Review – The Wild Party Delivers on the Promise of Its Name

Skin, gin and sin — that’s what The Wild Party promises moments before you plunge into the new musical from Off-Center, the unconventional arm of Denver Center For The Performing Arts. Also responsible for last year’s hit Sweet & Lucky, the studio delivers on its solicitation by reimagining the Tony-winning play as an immersive production where the audience becomes guests at a 1920s party. But instead of just watching as the debauchery unfolds, show-goers are implanted in the set where they are free to talk, dance and even drink with the actors. 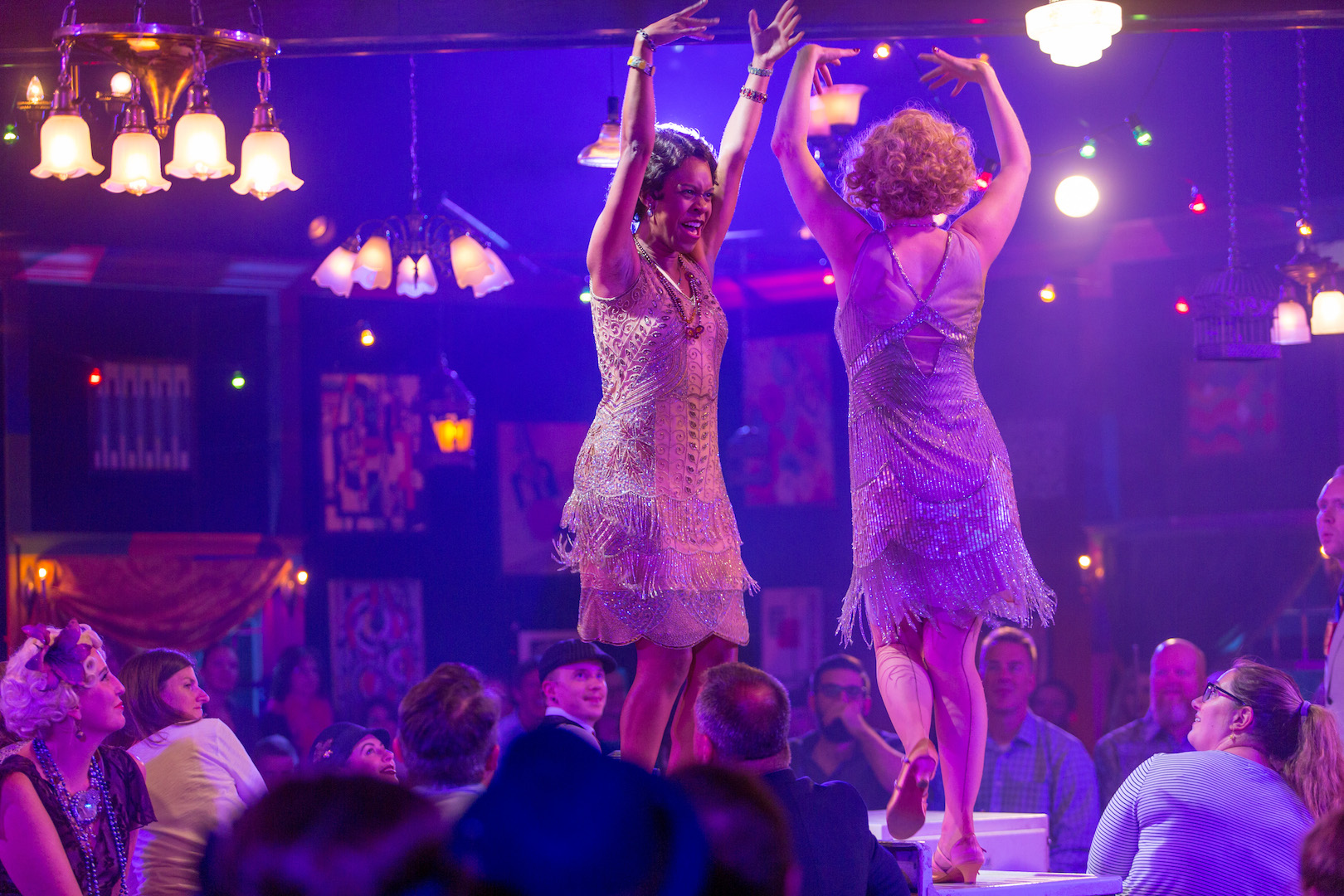 Before you dive straight into the party, the night begins inside the “Stanley Cabaret.” Named after the offsite location of the new Stanley Marketplace, the velvet-clad cocktail bar is rather intimate despite taking place inside a former airplane hangar. This is partially because the audience size is conservative — only 200 attendees can participate in each show. Here, you can grab a drink, check your coat and snag a table. The production is strict about late entry because once the doors close, the show is on.

As the curtains rise, you’re introduced to the main characters and hosts of the party: Queenie, played by Emily Van Fleet, and her literal clown of a boyfriend Burrs, played by Drew Horwitz. The tense relationship between the pair of vaudevillian actors is clear from the outset and is only temporarily diffused by the promise of a party. From there, the audience is invited into Queenie’s apartment, which goes from bohemian abode to makeshift bacchanal as unscrupulous characters arrive. There’s Nadine, a 14-year-old, eager-to-please minor who attends the party to get close to Queenie, a pair of producers — Gold and Goldberg — who constantly bicker about dropping the “berg” from their company name and the aging former Broadway star Delores. Several couples appear and mirror Queenie and Burrs’ dysfunctional relationship, like Oscar and Phil D’Armano and their love triangle with Jackie, the eccentric dancer who swings both ways. The last to arrive is Kate, Queenie’s nemesis and more successful best friend, played by Erin Willis, and her date Mr. Black, played by Laurence Curry. Many side stories develop individually between the ensemble, but the crux of the storyline revolves around the tension between this pair and the hosts — namely the blooming love between Queenie and Black and the consequences of their new romance. 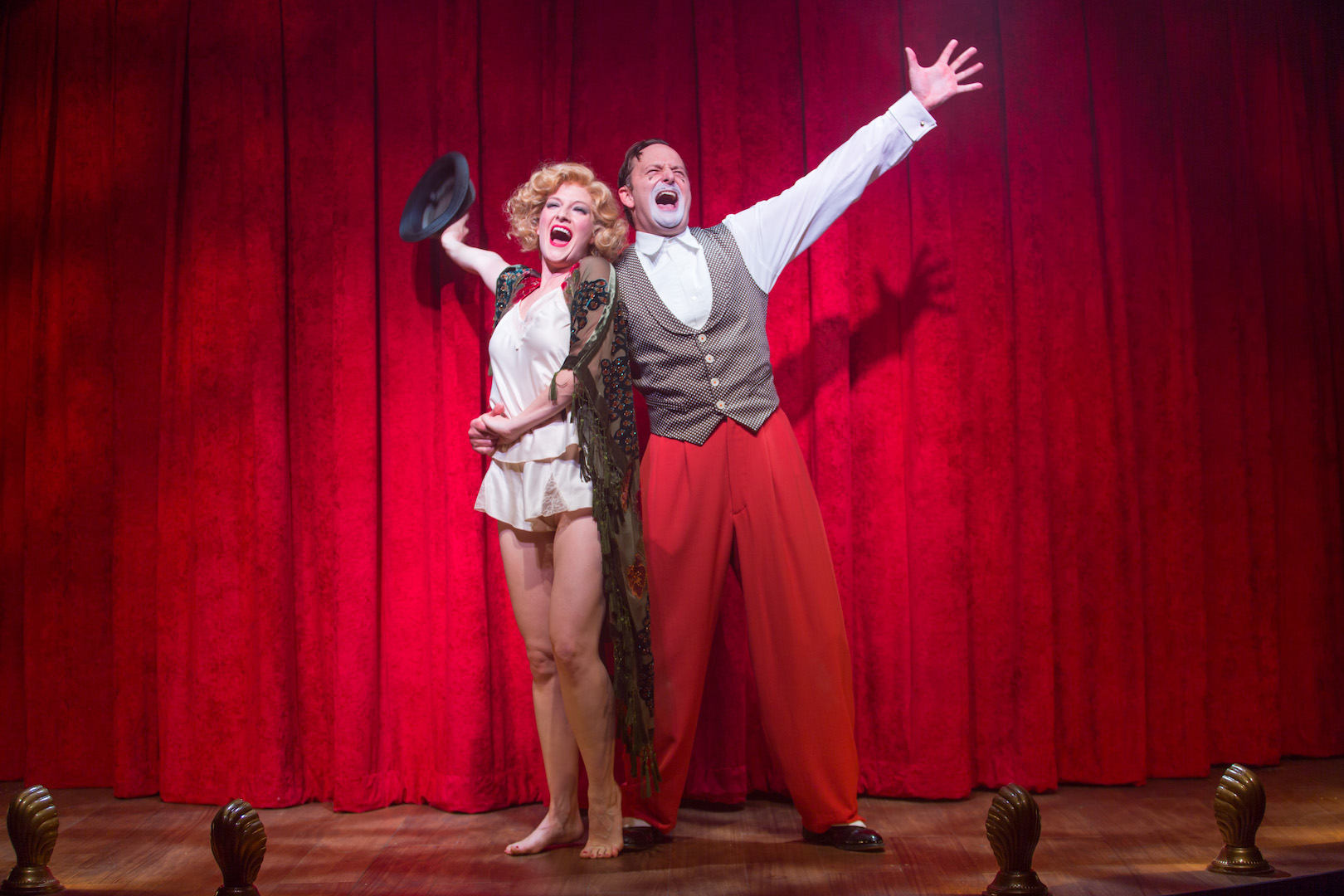 The ensuing play takes place between your seats as actors roam throughout the apartment, picking up props and occasionally stopping to ask you questions. If you’re worried about being put on the spot, it’s good to know the interaction is evenly dispersed between the audience members. But do take the dress code seriously. Half of the enchantment of the event relies on everyone dressing the part as a 1920s party-goer.  But while you should expect to participate, don’t feel like you’ll be pulled on stage to tap dance or sing.

It’s a different story for the cast. For the entire show, the actors have to remain in character as they scream, sing and even cry within inches of the audience. Their unflinching commitment transcends the experience of your average musical. Rather than being immersed in just the storyline, the close encounters with the actors adds a layer of detail you’d never have in a theater seat. You’ll find yourself examining every wrinkle of the eye and curl of the lip as they weave through the plot. But even as the actors break the proverbial “fourth wall,” there’s still a feeling that a thin layer of glass lies between audience and actors. It would be similar to how Scrooge felt when traveling with the Ghost of Christmas Past. This disassociation only increases as the drama unravels. The night goes from a jovial party to lascivious bender to an eventual tragedy. At one point, it felt like watching a slow-motion car wreck — you’re physically there, but you can’t alter the outcome.

By the time the dust settled, the spell of the event lingered. My brain took a while to process the deluge of stimulation and I would recall smaller details of the event well into the night. Half of the joy of an immersive event is the unique memories it creates beyond that of a story — which admittedly wasn’t The Wild Party’s strong suit. But The Wild Party more than makes up for the unsurprising plot by igniting your imagination. The impeccable acting, intricately decorated set and innovative format will envelop you like a gin-soaked fever dream. By the end, you’ll be asking — did that really happen?

The Wild Party is happening now through October 31 at The Stanely Marketplace, 2501 Dallas St, Aurora. For more information and tickets go here.