When you have been a band for as long as the Red Hot Chili Peppers (RHCP), you garner fans at all different places in history. The group, that has been together for 34 years and has surpassed many other alternative rock group in terms of commercial success, has had an unwaveringly popular career since 1991’s Blood Sugar Sex Magik. As they rocked the stage last night at the Pepsi Center, they looked exactly the same as they did in the ’90s — baggy pants, sweaty hair in their faces and a whole lot of wild dancing. However, the ’90s are no more, and our favorite funk rock group is no longer in their 20s. The night marked 55 years for bassist Flea, a number that adds up given their insanely lengthy careers, but seems higher than what you could expect from a slightly insane bassist rocking harder than musicians half his age. 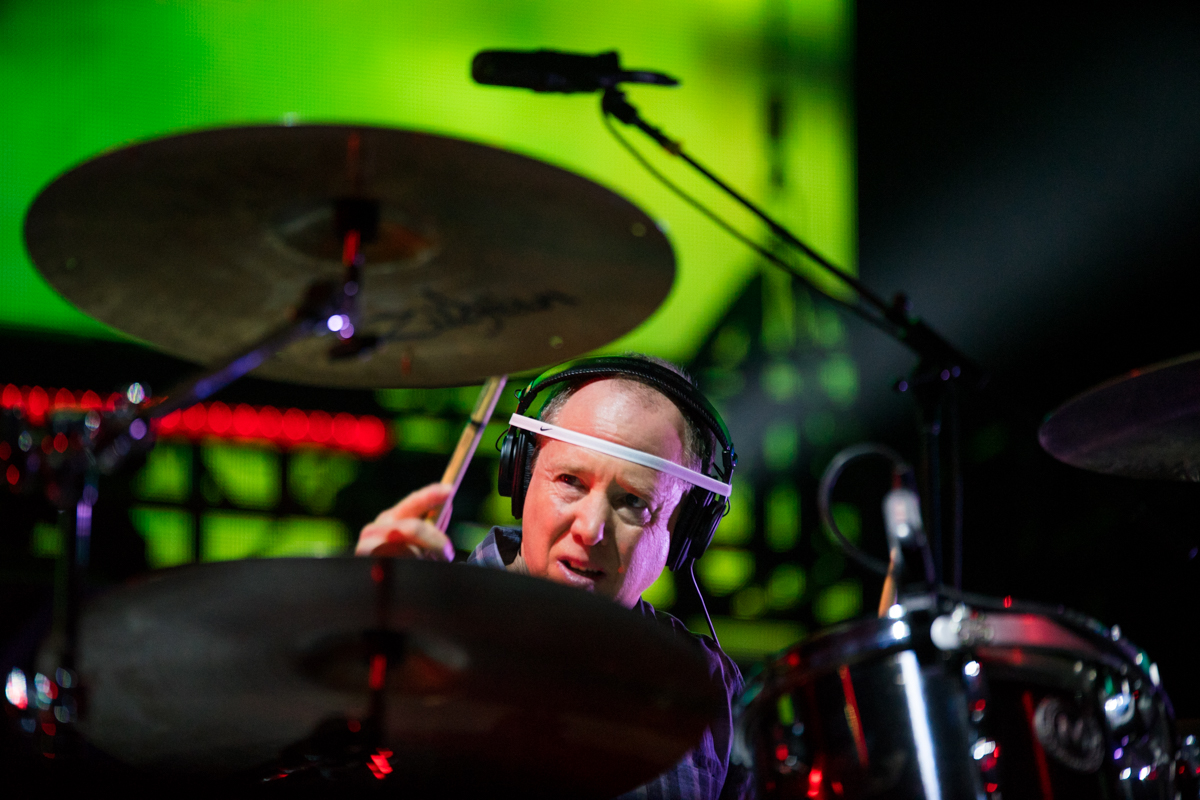 Not to mention, for a band who needs no openers, they brought some hefty support along with them. Jack Irons, former drummer for RHCP as well as Pearl Jam kicked things off, showcasing his many eclectic instrumental talents. Trombone Shorty and Orleans Avenue played second, and of course, could not have been more energetic and lively. While the music was appreciated by those who were there, the enormous venue was not nearly as packed as it could have been. The true excitement of the evening was yet to come with the main attraction. 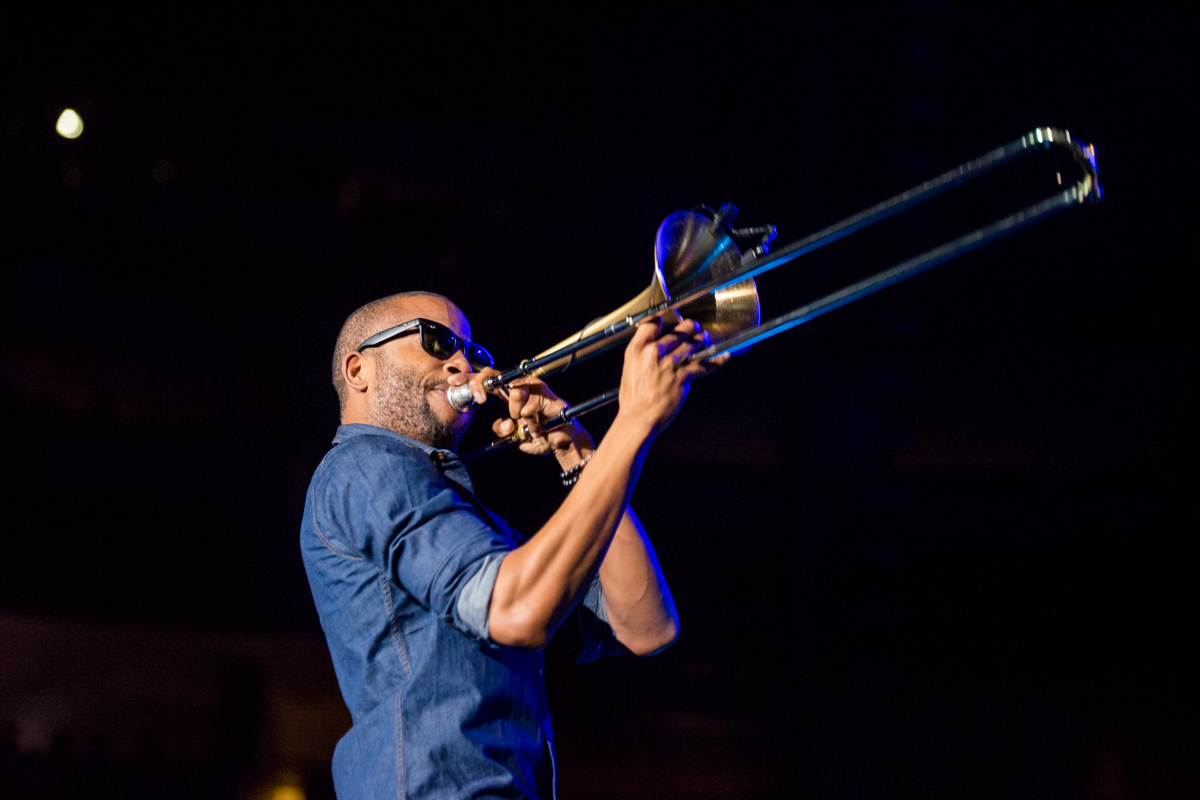 When RHCP decided to make their debut, drummer Chad Smith, bassist Flea and guitarist John Klinghoffer played around for a bit without frontman Anthony Kiedis. When Kiedis joined his bandmates, so did a field of hanging lights above the crowd, shooting down quickly, almost uncomfortably so — which must have made for an interesting experience for those directly under them. The lights blasted on an off in sync with their first lick of the evening, “Can’t Stop.” The quick-moving floating lanterns and Flea’s dance moves were equally impressive, especially when the audience learned what day it was.

The crowd went nuts with the information, though plenty clearly already knew. Countless happy birthday signs flashed through the sea of people in the venue, making the event feel more like a private party for the artist instead of a huge show. The birthday boy introduced the usual suspects and several touring members across the commercial stage, after which he taunted the crowd by wishing well to the Lakers at the Nugget’s expense. The mass booing only ceased as the group dove into the cult-classic track, “Californication.” 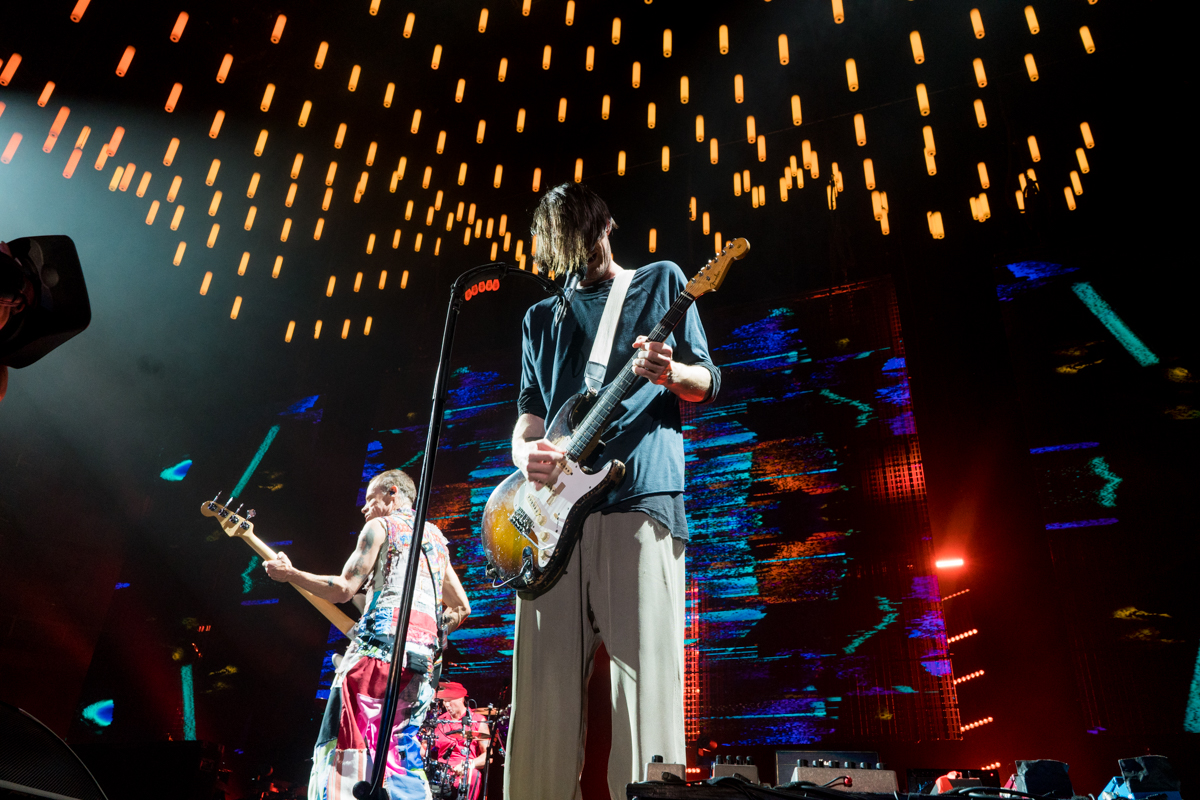 The Red Hot Chili Peppers have made a name for themselves as being one of the most appreciated bands around today, and they are without a doubt one of the only bands where the bassist is as cherished as the lead singer. We can all surmise that future generations will groan at their future inability to see them perform live, which is why we praise the Denver music gods to continue to bless our sweet city with staples like these. “Give It Away,” the final song of the night, sent off the Mile High crowd with as much hype as they walked in with, and the hope that we get a few more birthdays to celebrate with these iconic legends.