On Tuesday night, Red Rocks was reimagined into a wasteland of fire and brimstone as Queens of the Stone Age scorched the stage with their heavy rock ‘n’ roll. The sinister five-piece played host to a night of swelteringly heavy rock music that kept the blood boiling despite dropping temperatures. It was rambunctious, it was reckless but most of all it was “badassery” at its finest. 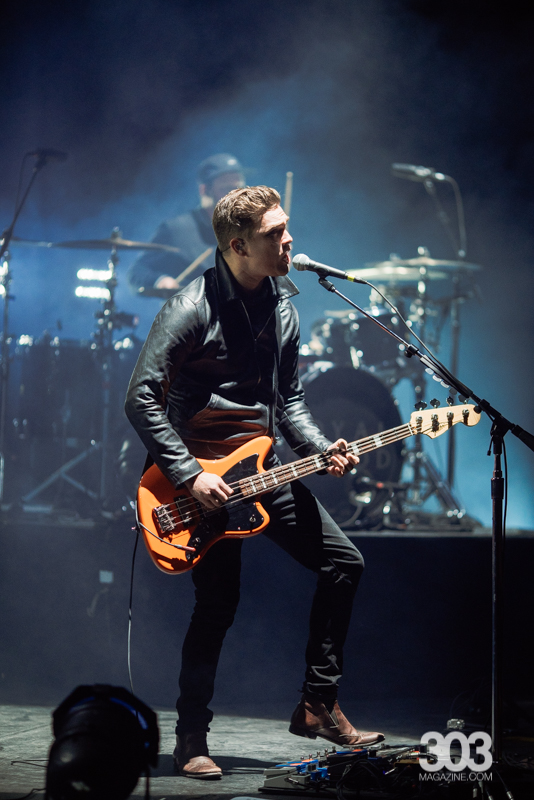 In a stark dearth of light, Royal Blood opened the show with a blisteringly raw performance. With nothing more than a guitar, a drum kit manned by the formidable Ben Thatcher and lead vocalist Mike Kerr’s soaring tenor vocals, the band turned Red Rocks into a riotous affair. For being comprised of only two people, Royal Blood managed to create cascading walls of sound that would knock you on your ass before you even had a chance to right yourself. Their music, heavier than a stack of bricks hitting your chest, knocked the breath out of the audience, rendering fist pumps and headbanging as the only recourse. In fact, some people were headbanging so hard they had trouble standing on the amphitheater’s tiered steps — tossing their body and flailing limbs into the people next to them. Songs like “Lights Out” and “Hook, Line and Sinker” had so much malice injected into their delivery it was difficult not to lose control with the best of them. If not for the brief intermission between Queens of the Stone Age and them, the audience may not have regained their composure following Royal Blood’s onslaught. 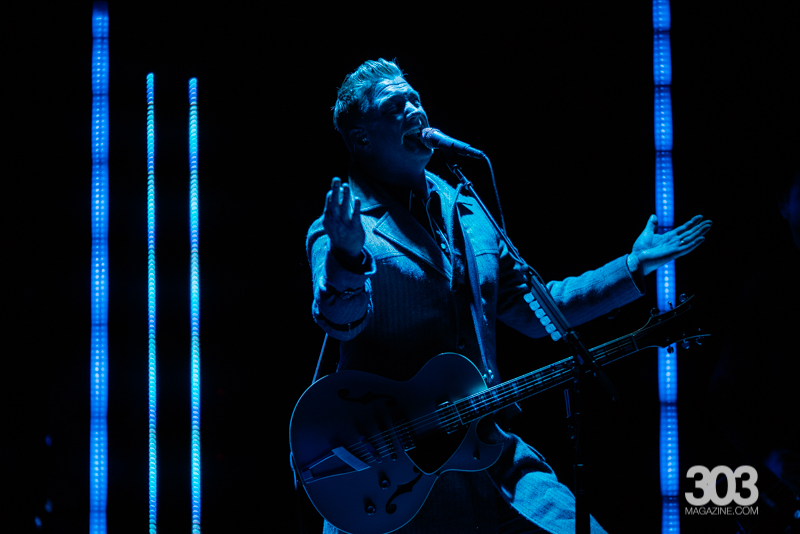 Josh Homme of Queens of the Stone Age

Following a much-needed recovery, Queens of the Stone Age took the stage, launching into the chugging “Feet Don’t Fail Me.” Lead vocalist and guitarist Josh Homme sounded positively seething as his voice traveled across the syncopated rhythms — his guitar growling in its inflections. Dispersed between erect light fixtures that would change along with the beat, the band took on a menacing stance, looking as intimidating as the music sounded. Rolling clouds of luminescent smoke made the band seem as if they were playing on embers, fittingly matching their fiery delivery. The crowd teeming with enthusiasm matched the attitude of the band, rocking out where they stood as the band unleashed its wrath. 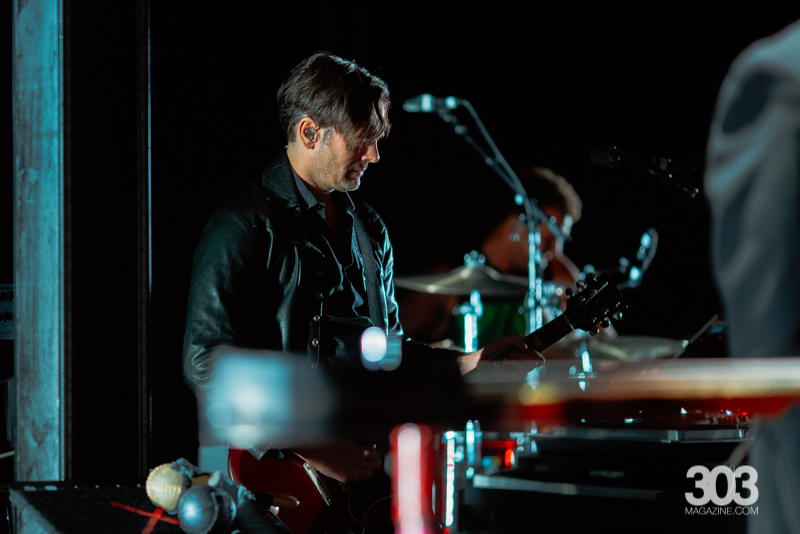 The set primarily comprised of material from this year’s Villains was met with a palpable response. In fact, for an album that is less than two months old, the audience treated it like a modern classic, reciting every word verbatim with apparent gusto. Homme, while maintaining the air of menace kept things playful asking the audience to dance with him on “The Way You Used To Do,” and requesting a drinking partner on “Make It Wit Chu.” Constantly fluctuating between heaviness and their hijacked brand of funk-rock, Queens of the Stone Age pumped new life into the crowd. It was a fiendish display of musicianship that ensnared us in its journey toward its dark depths, scorching our eardrums every step-down. After a particularly vicious “If I Had A Tail,” Red Rocks transformed into a hot and heavy dance party. If we had, in fact, descended far enough to reach the pinnacle of Hell, we were surely dancing with the devil.

Towards the end of the set, Homme took a second to take in the moment. Looking out across all the faces ascending the amphitheater, words began to fail him. When he eventually managed to find his footing  he said, “I don’t want this night to end – I think it’s going to save me.”