On Sunday night, 23-year-old pop culture queen Halsey graced Denver with her “Hopeless Fountain Kingdom Tour” along with PARTYNEXTDOOR and Charli XCX. But the night was way more than just another Pepsi Center show — Halsey (real name Ashley Frangipane) transported thousands of fans into her own ideal world where every type of love and body is safe. Only a few songs into her set, Halsey announced, “Raise your hand if you’re a proud member of the LBGTQ community or a friend of somebody who is. I want you to know two things: This is a safe place for you, and second, this song — from the bottom of my heart — is for you.” For a girl with only a few national hit songs, she can sure command an arena of over 15,000 fans — which is no easy feat.

Charli XCX started the party with a small but powerful set at 7 p.m., wearing what looked like a coat made of tin foil. She looked like the ex-convict version of one of the Bratz dolls, but everyone was diggin’ it — especially as she bounced around singing “I love it,” the song with Icona Pop that brought her to fame. 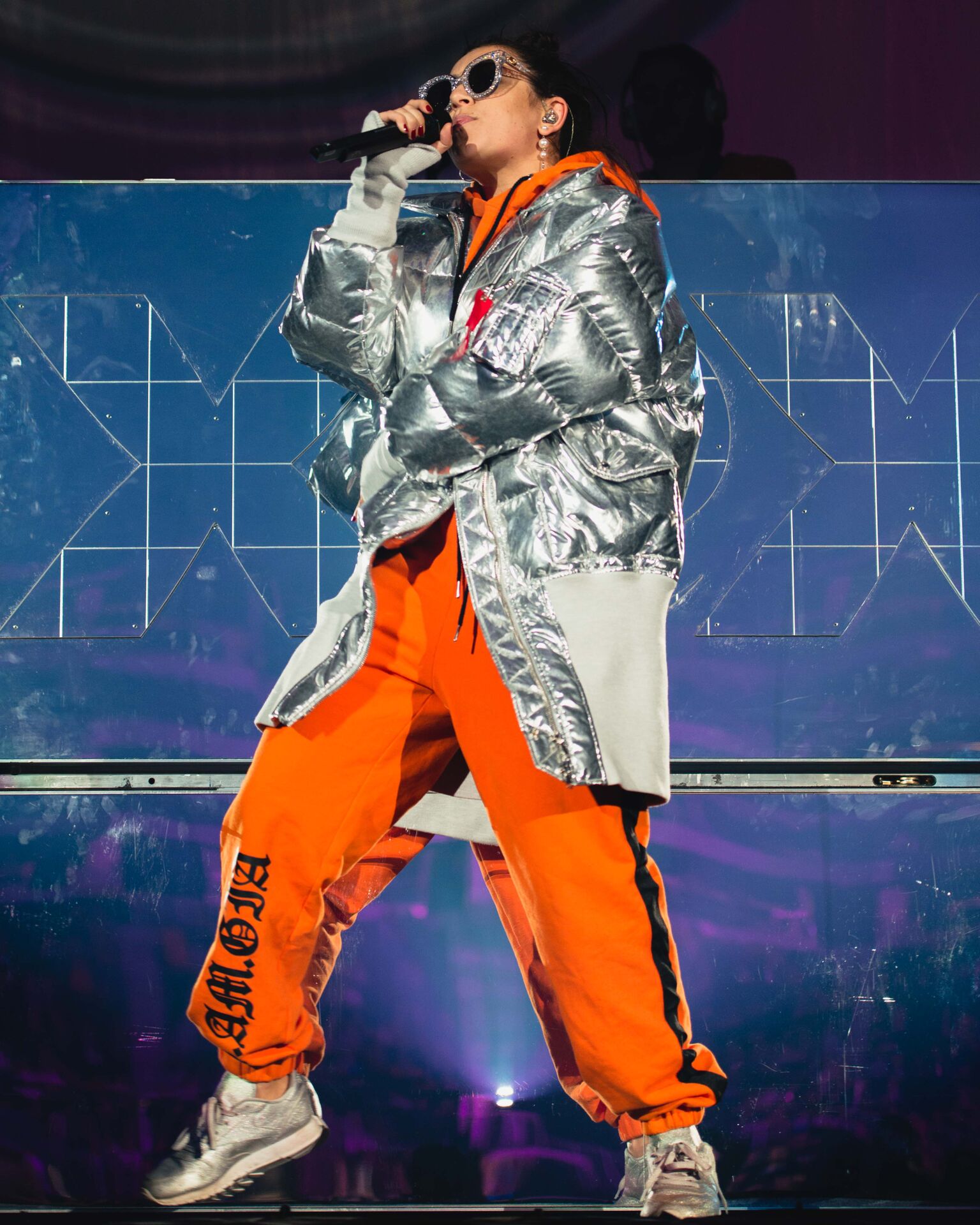 Slowing the pace down a bit, PARTYNEXTDOOR came on stage with a live band to set a sultry R&B vibe. Although his sound is soft, he seemed to walk aimlessly around the stage during his performance, which ultimately led to a disengaged crowd. PARTYNEXTDOOR only managed to resurrect some life back into the crowd when he played his popular song “Freak in You.”

READ — No Signs of Life at PARTYNEXTDOOR 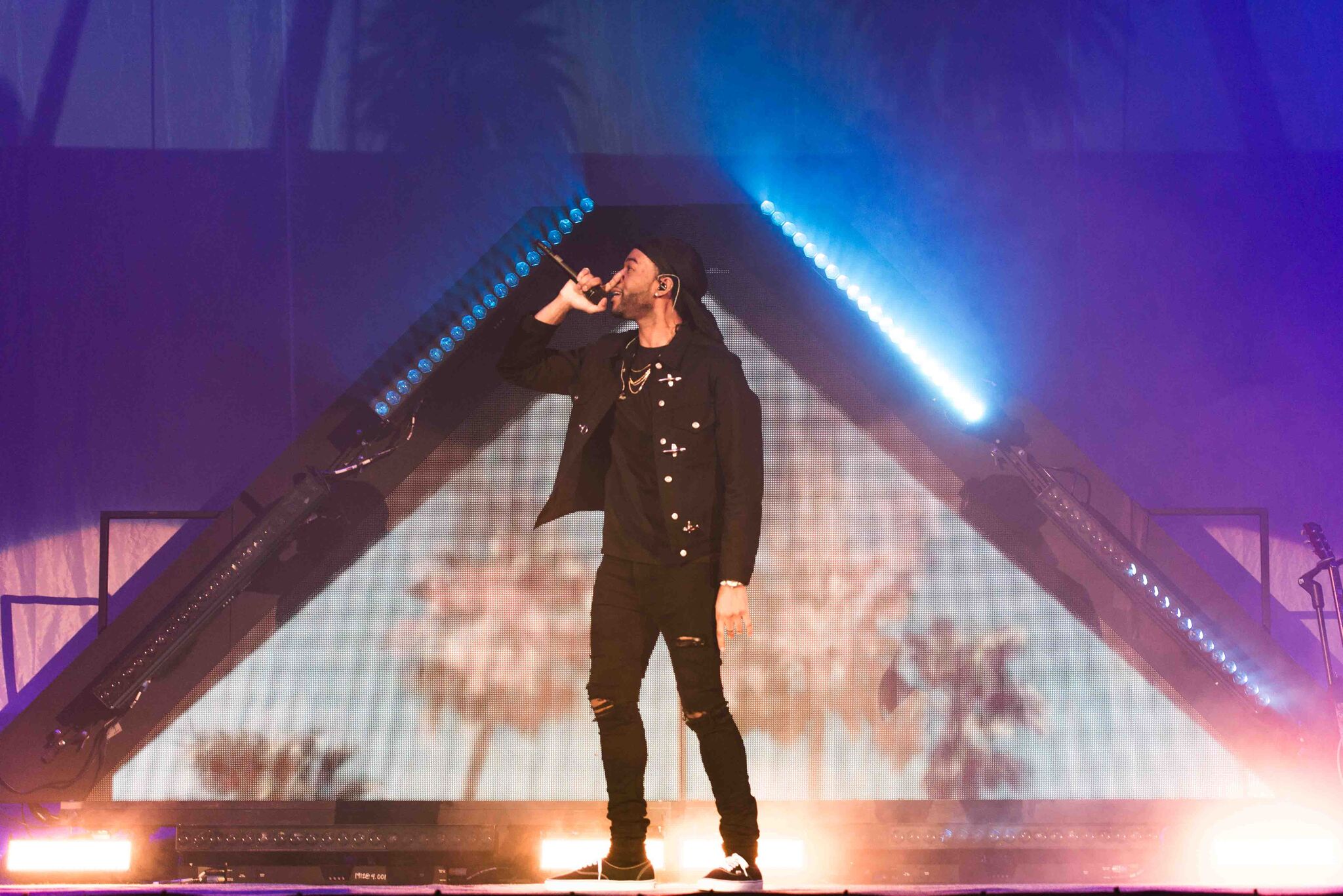 After the openers, dozens of stage-hands rushed the stage to finalize Halsey’s massive platform. As the first few notes of “Eyes Closed” played, the white sheets hiding the stage dropped to reveal a huge three-level staircase equipped with LED lights and screens on each step. Halsey sat crouched on the top step as fog crept around her. By her second song, “Hold Me Down,” Halsey had danced her way down to the foot of the stairs at center stage. Simultaneously, a dancer-antagonist in a white-bandage outfit had joined her to stir up some drama. “Alright Denver, I wanna see what kind of show this is gonna be,” she yelled in between choruses to get the energy up. After playing “Castle,” the lights went out and Halsey ran backstage, signaling a transition in the set. 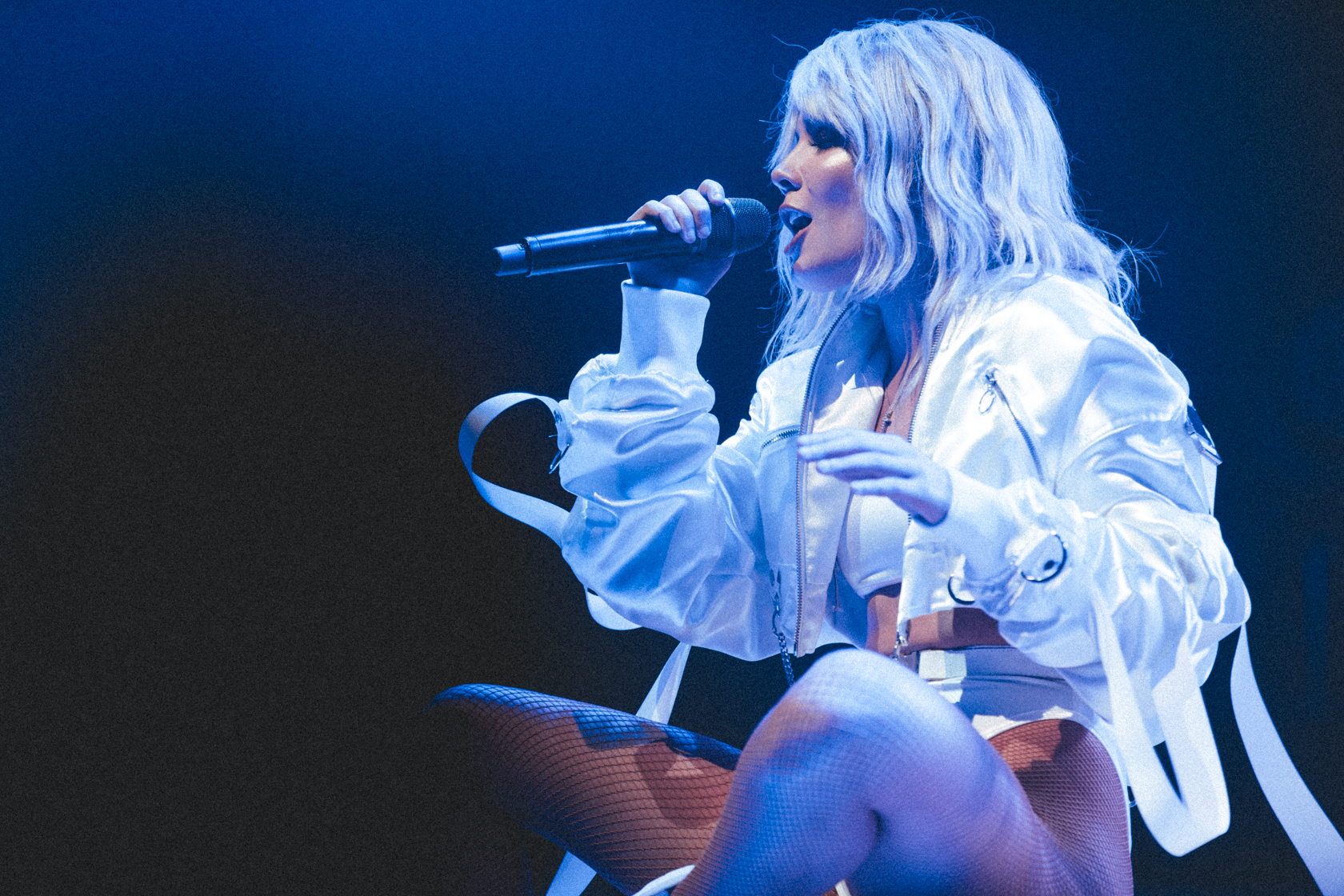 “Denver put your hands up,” Halsey commanded. “If you don’t know already know, I’m gonna show you why you came here tonight,” she stated before starting “Heaven in Hiding.” As she hit the chorus, the entire crowd sang with her — “I can put on a show, I can put on a show,” as cryogenics erupted in bursts of cold air from the stage. The set was incredible, to say the least — a movable light structure hovered over and mimicked the LED staircase stage below. After a costume change into a red leotard and suede over-the-knee boots, Halsey showed that she can portray any emotion in her music as she belted “Walls Could Talk” and then her hit single “Bad At Love” — and that’s when fire bursts shot out of the stage. “Do I have to teach you how to party? I throw a pretty good party, I don’t know if you’ve heard,” Halsey said with a sly grin. “This is technically the biggest party in all of Colorado right now, huh?” She’s beautiful even when she brags. 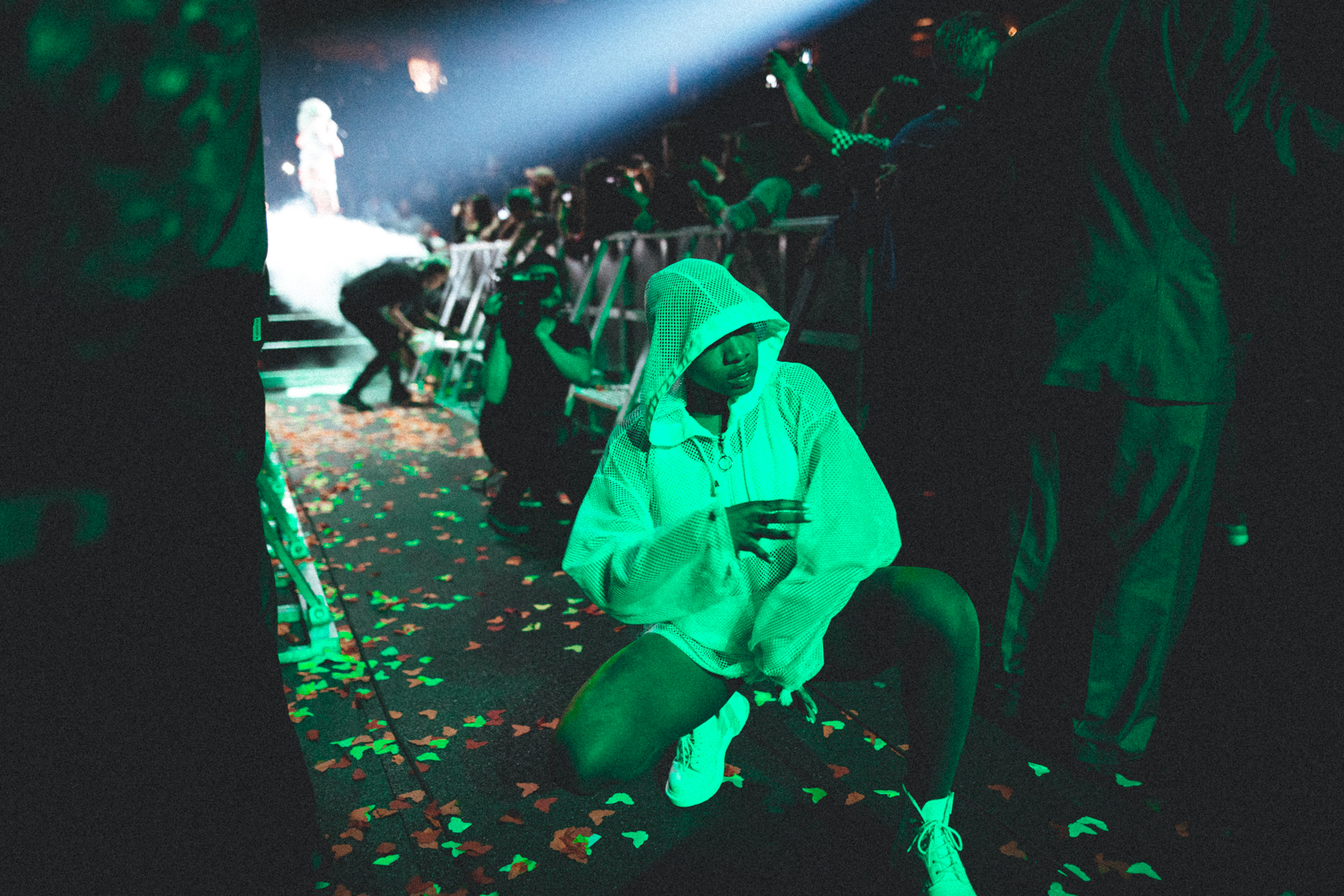 One of Halsey’s most notable characteristics is her ability to transform her look and hairstyle. As seen on her social media, she dressed as Daisy from The Great Gatsby (along with G-Eazy as Gatsby), hence her blonde bob. But just one week earlier, she was rocking jet black hair and on other occasions, she’ll sport a shaved head. No matter her hairstyle, color or length, Halsey’s confidence makes her infectious to watch. She surprised fans by performing an acoustic rendition of her hit song “Closer” with the Chainsmokers. Halsey then continued to play songs from Hopeless Fountain Kingdom — “Don’t Play,” “Angel on Fire” and “Lie,” during which she ran across the stadium floor to perform on a second stage. Rolling Stone wrote that her album was  “going for adult dystopian synth-pop realness,” and that’s exactly what she achieved with her massive show. 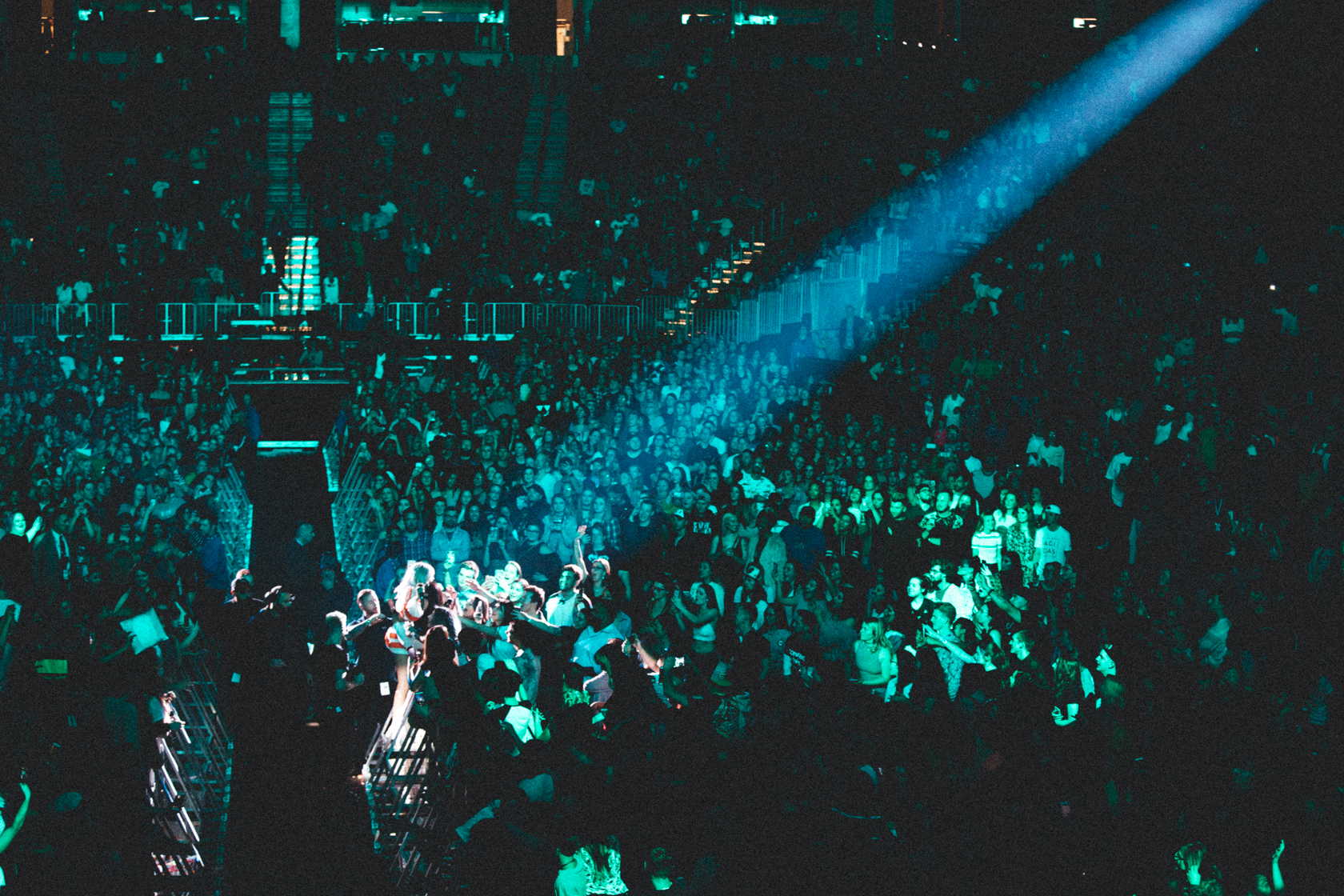 Finally, Halsey gave her fans their current anthem “Now or Never,” which was nothing short of amazing. She then told the crowd, “this is a reminder that you belong to no one but yourself,” which was met with an uproar. For her final song, the storm herself performed her early single, “Hurricane,” from her freshman album Badlands. With a fog creeping its way over the staircase and through the venue, mock lightning bolts struck the crowd below, showing audience members Halsey’s final and darkest moment. While belting out pitch-perfect chords, Halsey reminded the crowd of the power she’s always held long before she ever started selling out stadiums. Although the finale seemed abrupt, confusing many fans as to whether or not it was actually the final song, “Hurricane” seemed fitting as it coincides with her defy-all-expectations attitude.