The state of Colorado is littered with ghost towns. There are over 1,500 registered sites with over 600 still having some remains from their previous occupants. The boom and bust of most of these towns can be attributed to the discovery of gold and silver throughout the State. Check out the map below and a few of the more well-preserved sites around the State. 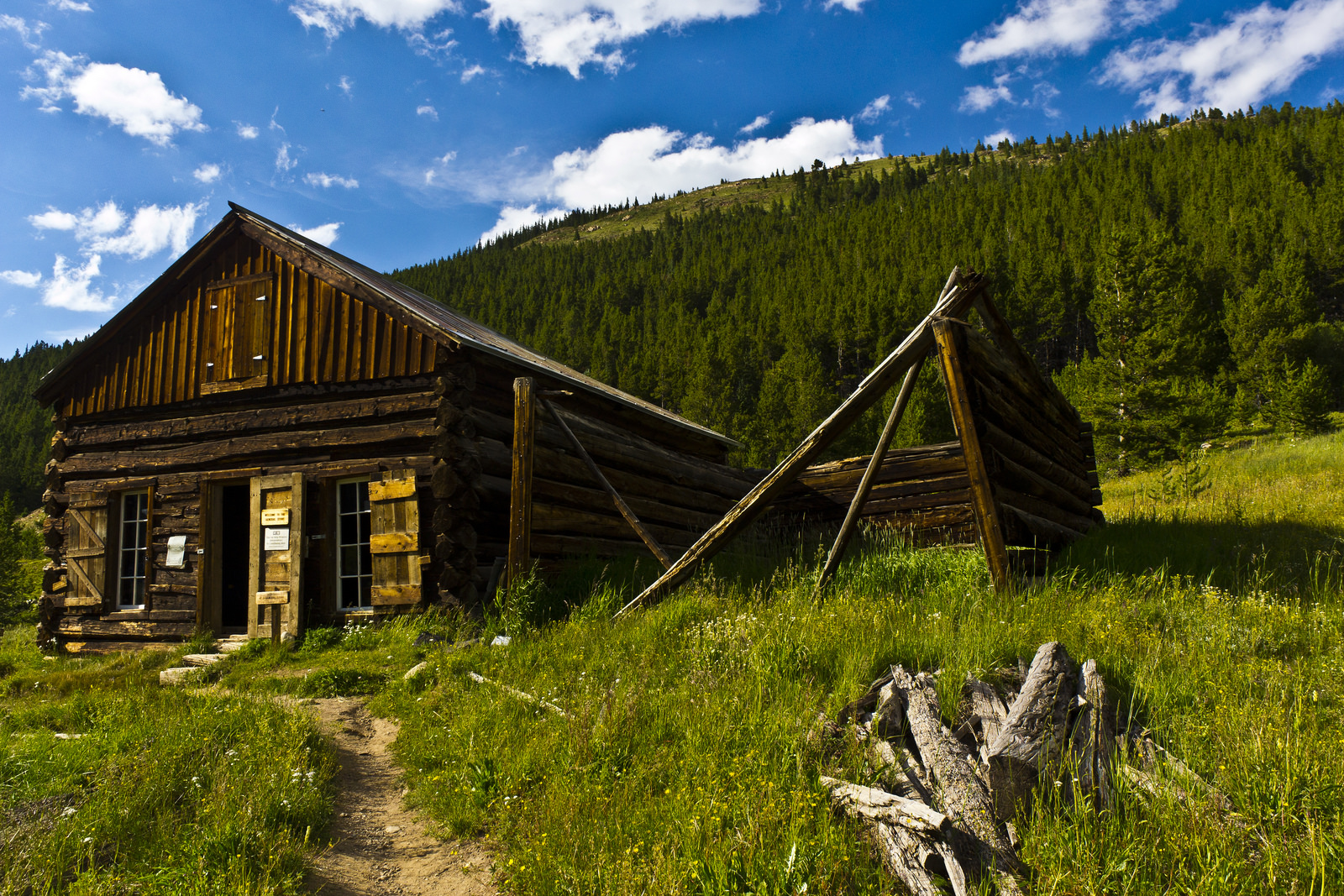 Founded after the discovery of gold in 1880, Independence was home to hundreds of miners and more than 40 businesses. The town was short-lived and after the boom, the majority of the miners moved to Aspen in search of work. The winter of 1899 proved to be the end of the town, with the remaining residences dismantling the majority of building to use the materials to escape the snow. 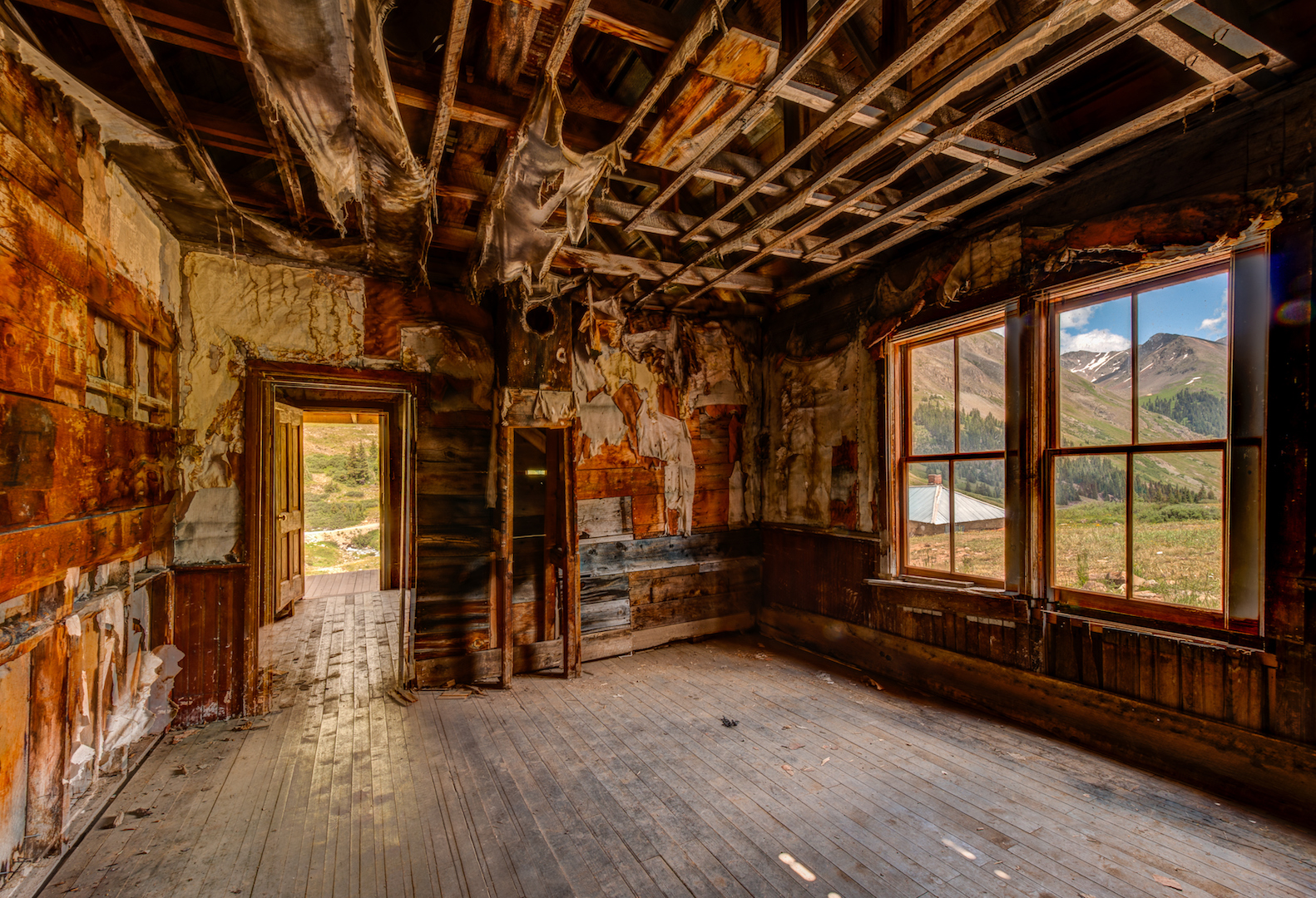 Sitting at just over 11,000 feet, Animas Forks was founded in the late 1870s and currently has nine restored standing buildings on the site. At its peak, Animas Fork had a newspaper and over 400 residents. The town was plagued by harsh winters and avalanches and the residents frequently migrated to Silverton to escape the elements. When the several mines surrounding the town began to decline, the town was abandoned.

You can access Animas Forks from Silverton on CO Road 2. The ghost town is located along the Alpine Loop, a 65-mile system of dirt roads connecting Lake City, Ouray and Silverton. 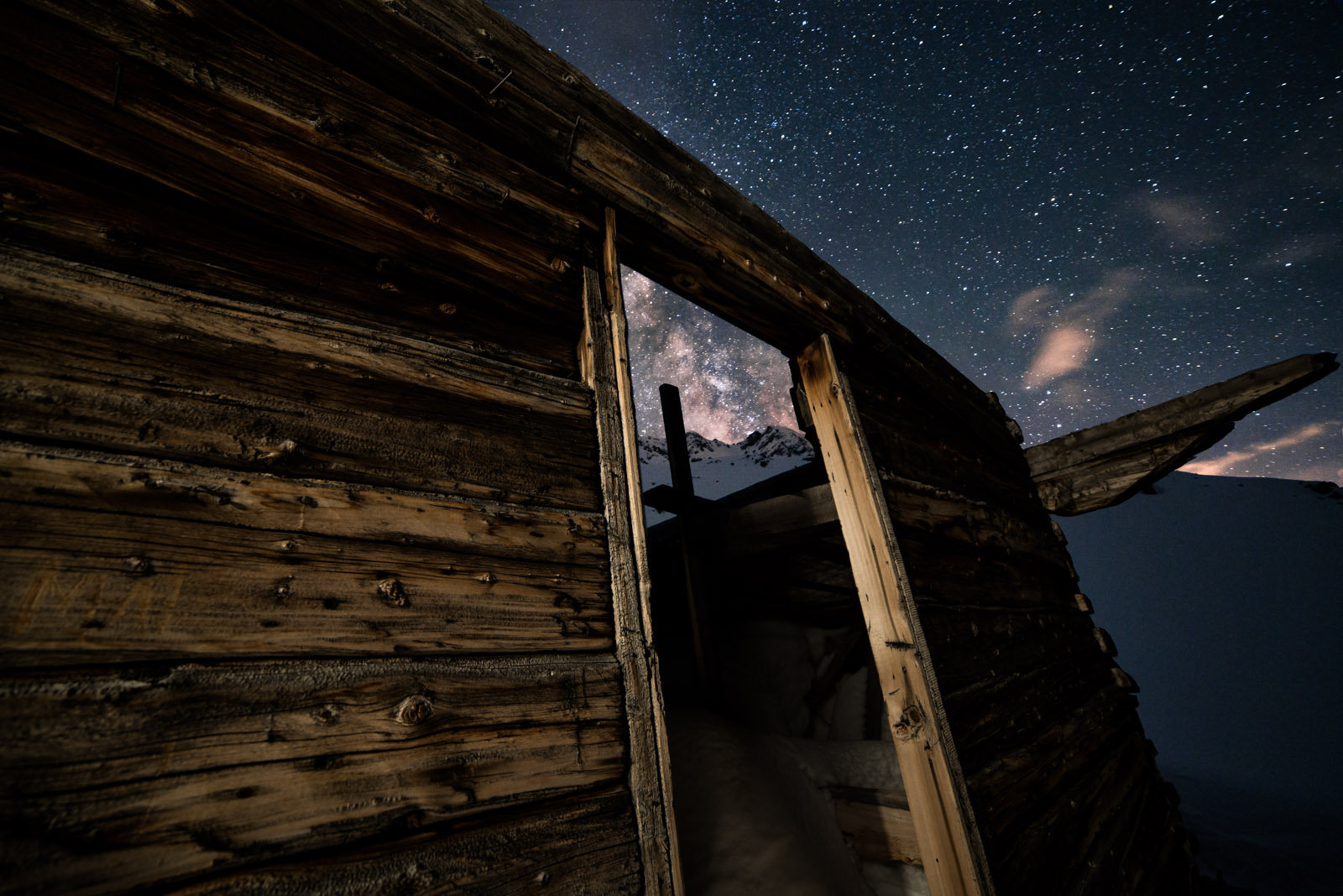 There are plenty of great hikes in Colorado but not all of them lead to as cool of an ending as the one in Mayflower Gulch. Just six miles south of Copper Mountain, a four-mile hike will take you through a valley of old mining cabins and an ore shoot. Boston Mine, which was founded in the late 19th century, was a brief boomtown before nearby Leadville took all the riches. It’s ironic that millions of dollars of gold supposedly still remain in the earth, but buried deep in mining veins. Now the mine is owned by Summit County Open Space & Trails Department that aim to maintain the trails and keep them free of digging. 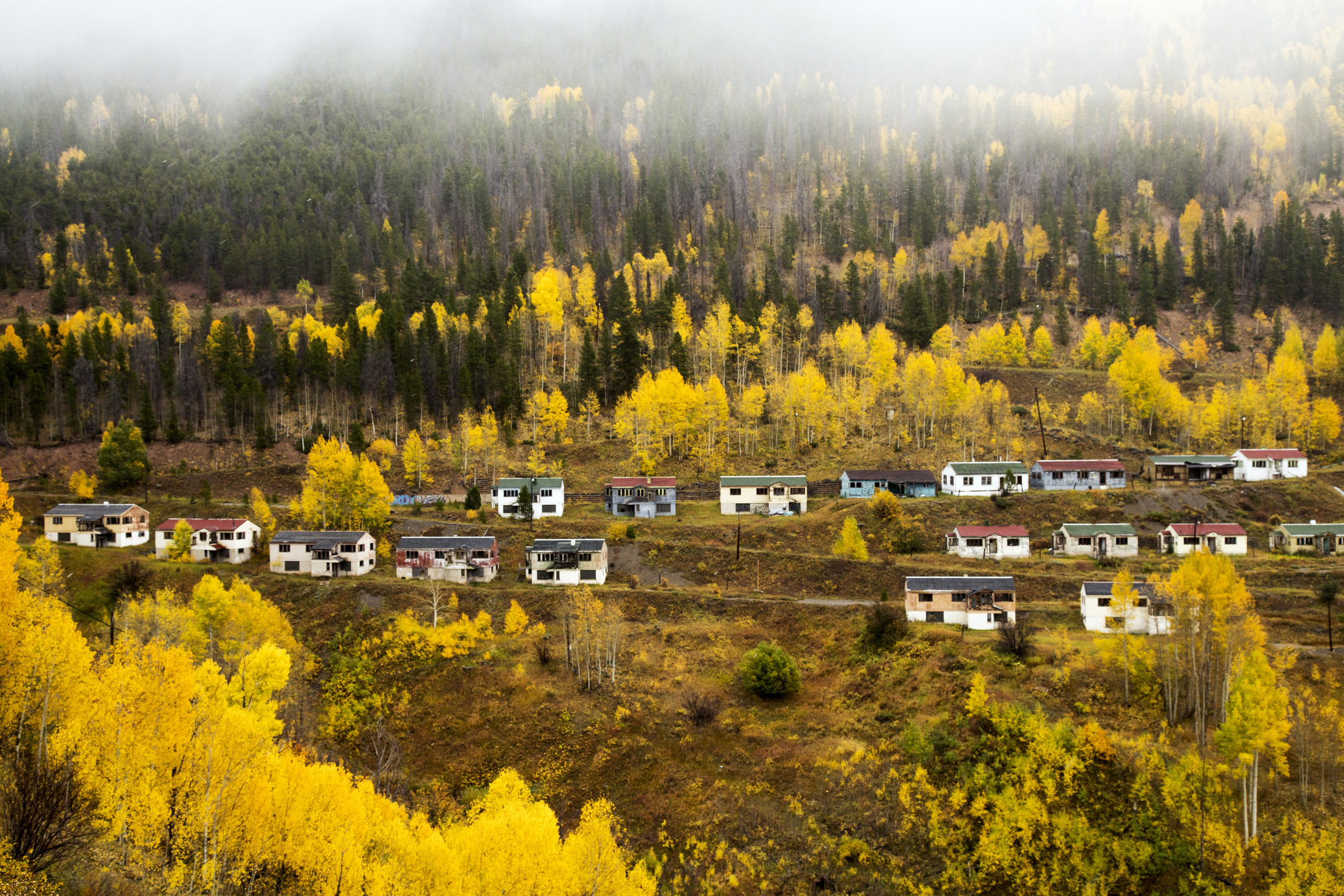 An autumn day at the abandoned Gilman townsite in Eagle County, Colorado via Thinkstock.

Originally a mining camp, this small village was once a bustling town back in the 1880s all the way up to the 1984 — making it one of the newer and most intact ghost towns on our list. The town, which was once rich in gold and silver shut down only after the EPA deemed the town toxic and had to be immediately evacuated. Up until 2000, it was designated a Superfund site until it underwent a huge cleanup in hopes of turning it into a ski resort. But for now, you’ll see a school, boarding house and even offices. But adventure at your own risk, because the town is located on private property and authorities have been said to prosecute.

So while you technically can’t access the site, you can view the town easily from the Highway 24 west of Vail, just follow the road for about 7 miles until you reach Gilman. And if you really want an up-close look, check out this blog that detailed their exploration of the town. 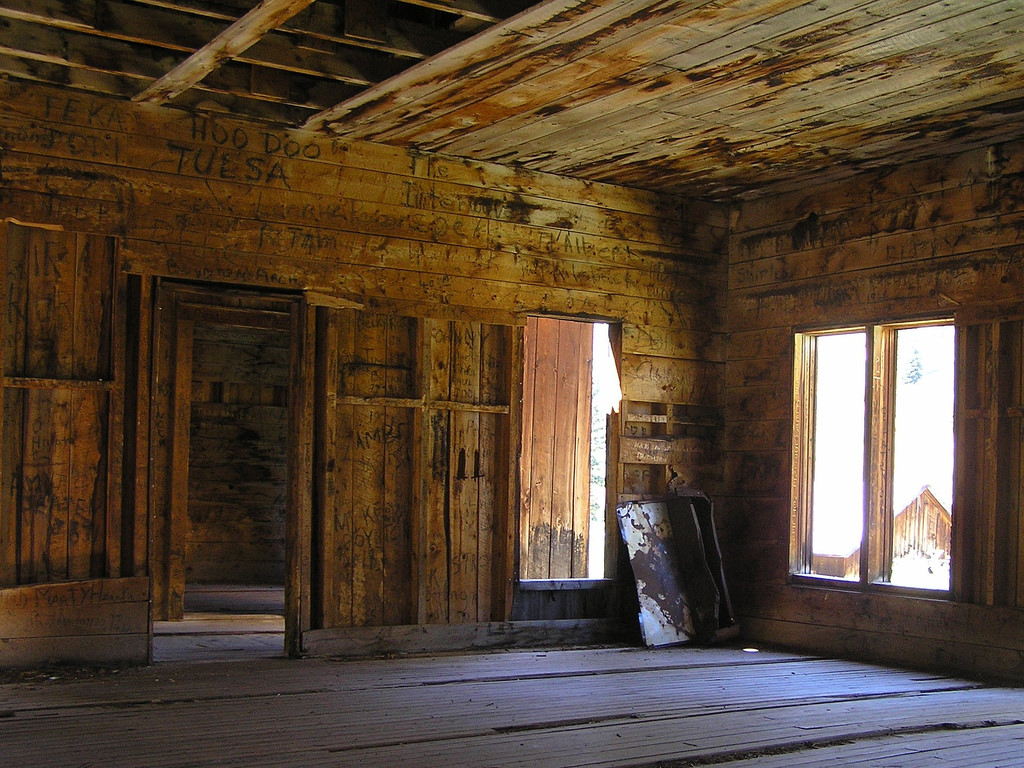 Located south of Lake City, Carson is one of the best-preserved Ghost Towns in Colorado. The site is littered with old machinery, mining equipment and structures. Residing along the Continental Divide Trail, Carson was founded in in the late 1880s just below 12,000 feet. Home to gold and silver miners, the site was eventually abandoned due to the long and harsh winters at the high-elevation.

The trail up to Carson is a seven-mile, out and back trail primarily used by 4×4 vehicles. Heading south out of Lake City to Cinnamon Pass Road you will turn left onto Wager Gulf Road and follow that up to Carson. The road is particularly rough and a high clearance or off-road vehicle is necessary to drive there or you can hike up the seven miles. Carson is located on private property and the owners allow visitors, just be respectful of their space. 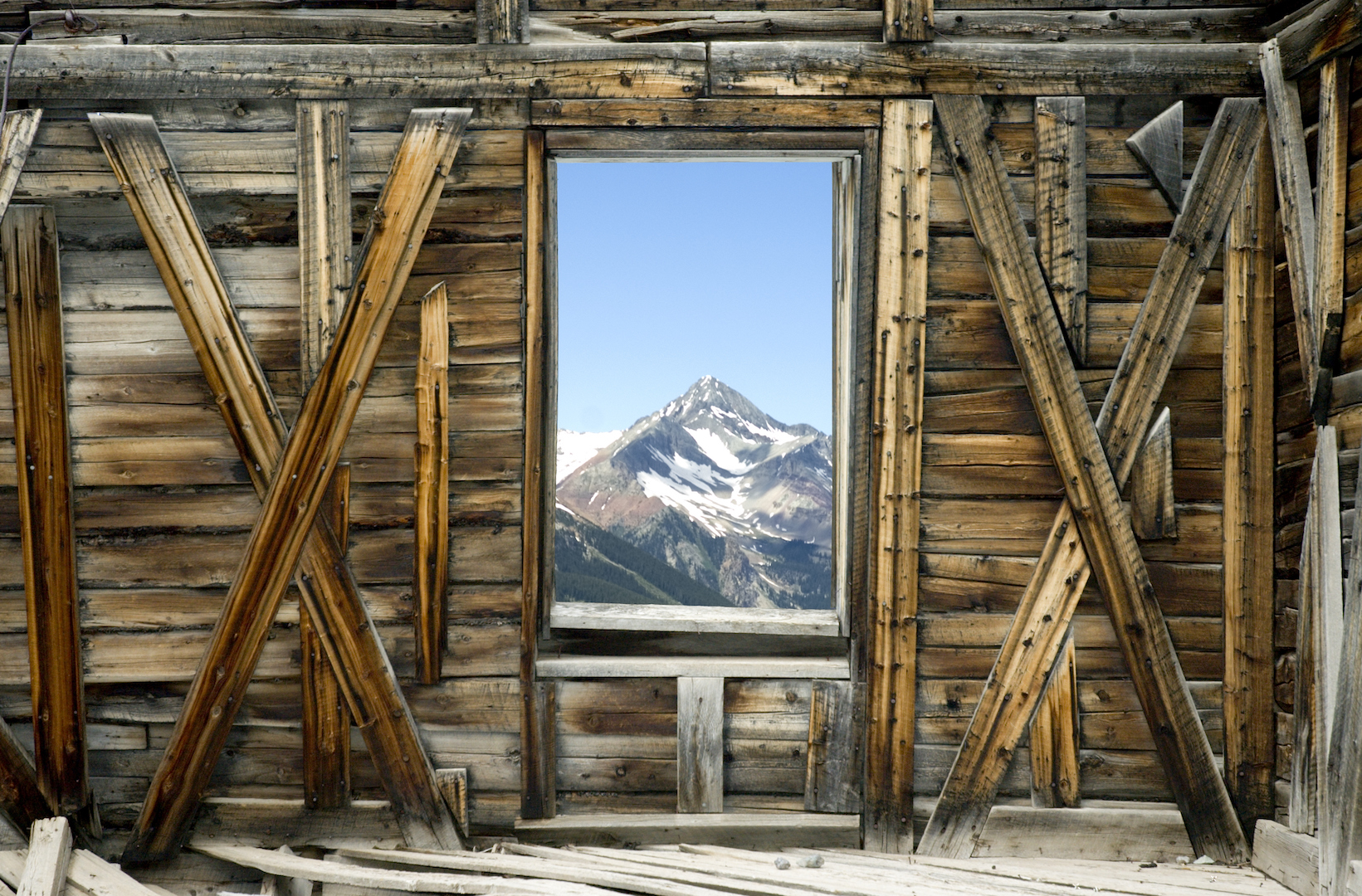 View from old building at Alta mine near Telluride, Colorado with 14000 ft Wilson Peak perfectly framed in the background via Thinkstock.

Not many ghost towns have a more beautiful backdrop than Alta. About 10 miles outside of Telluride, the high alpine town at 11,800 feet gives you an incredible view of the San Juan mountains. Once a mining town that was revitalized briefly after WWII until ravaged by a fire, Alta still has plenty of intact structures. This even includes several two-story buildings like a mine manager’s sprawling house. Make sure you snap a photo at the famous window (shown above) for a picturesque image of the mountains.

To get there, you can either do an easy 10-mile, out-and-back hike or you can drive by taking Alta Lakes Road six miles south of Telluride on Highway 145 to reach the ghost town of Alta. For these roads, you’ll need a 4X4 vehicle. 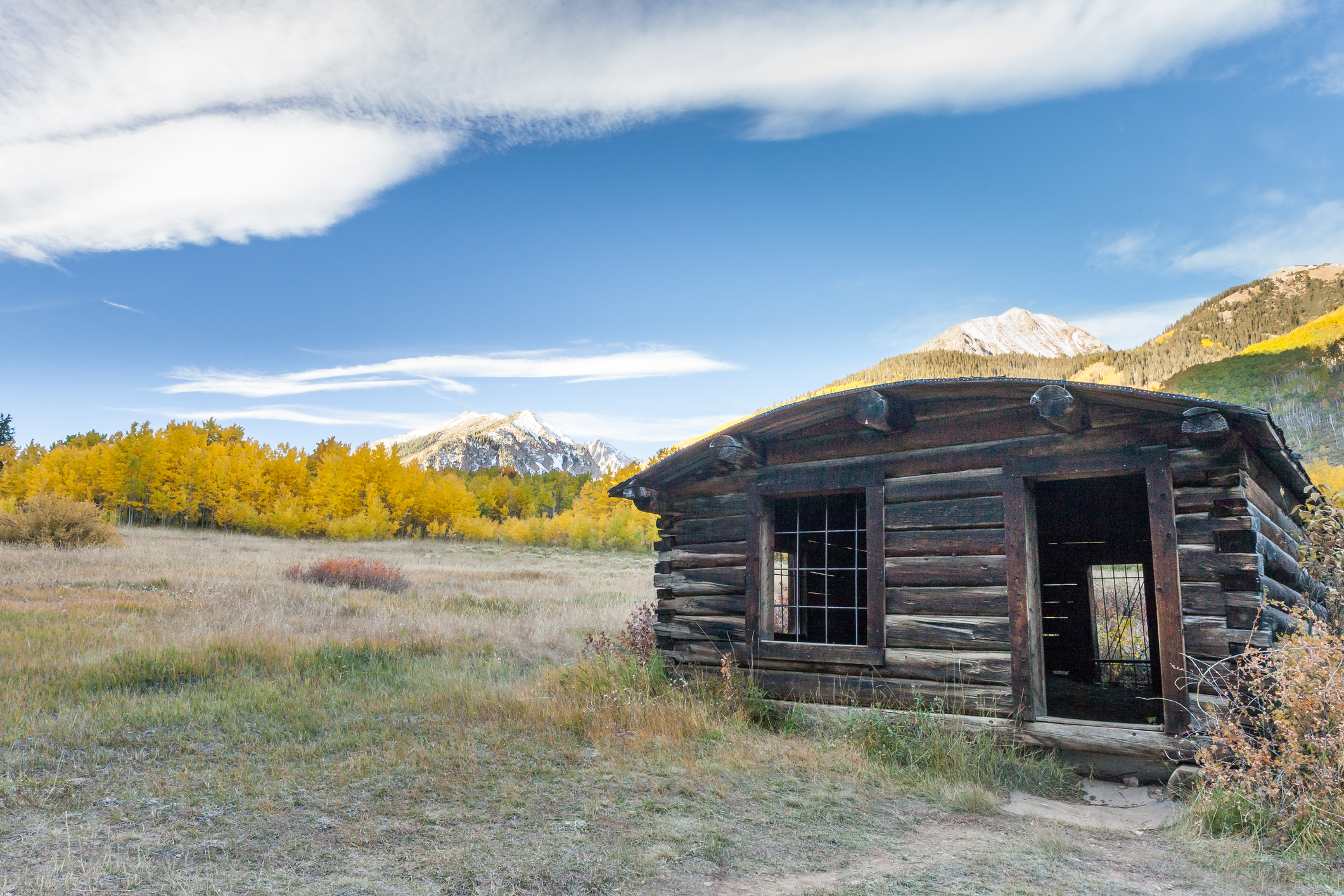 Ashcroft, Colorado Ghost Town in Autumn with Rocky Mountains in the background

Located just 11 miles from Aspen, Ashcroft has a rich history. Like many other towns, it was founded by miners in the 1880s. However, the town quickly went bust in 1885 once the mine was depleted due to shallow deposits. But the history of the town doesn’t end there. In 1930, Ted Ryan and his partner Billy Fiske, captain of America’s gold medal Olympic bobsled team, built the Highland-Bavarian Lodge and planned a European-style ski resort in Ashcroft with an aerial tramway. But according to Aspen Historical Society World War II stopped their plans when Fiske died on the battlefield. Consequentially, Ryan leased Ashcroft to the army for $1 a year and in turn, The 10th Mountain Division used Ashcroft for mountaineering training in 1942. Later the town was featured in a TV series when a resident  Stuart Mace was in a popular 1950s TV series Sergeant Preston of the Yukon. It is said the ghost town was fitted with false fronts to create a Canadian set for the show. But it wasn’t until 1974 when the town became a true ghost town that it is now. Currently, it is preserved by the Aspen Historical Society.

To visit, take a self-guided tour for $5 throughout the winter. It’s a dog free zone so leave your pets at home. 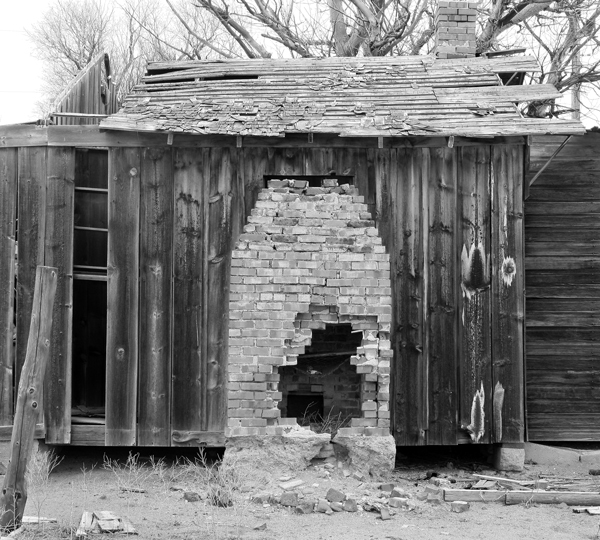 Founded in 1911 and growing to about 700 people by 1921, Dearfield was one of the only all African–American settlements in Colorado. Intended to be an agricultural community the Dust Bowl and Great Depression forced the majority of the residents to relocate. By 1940 there were only a hand-full people remaining in town.

Today you can see the remains of the founder’s home a café and gas station. Dearfield is located on CO 34 about 25 miles east of Greeley. 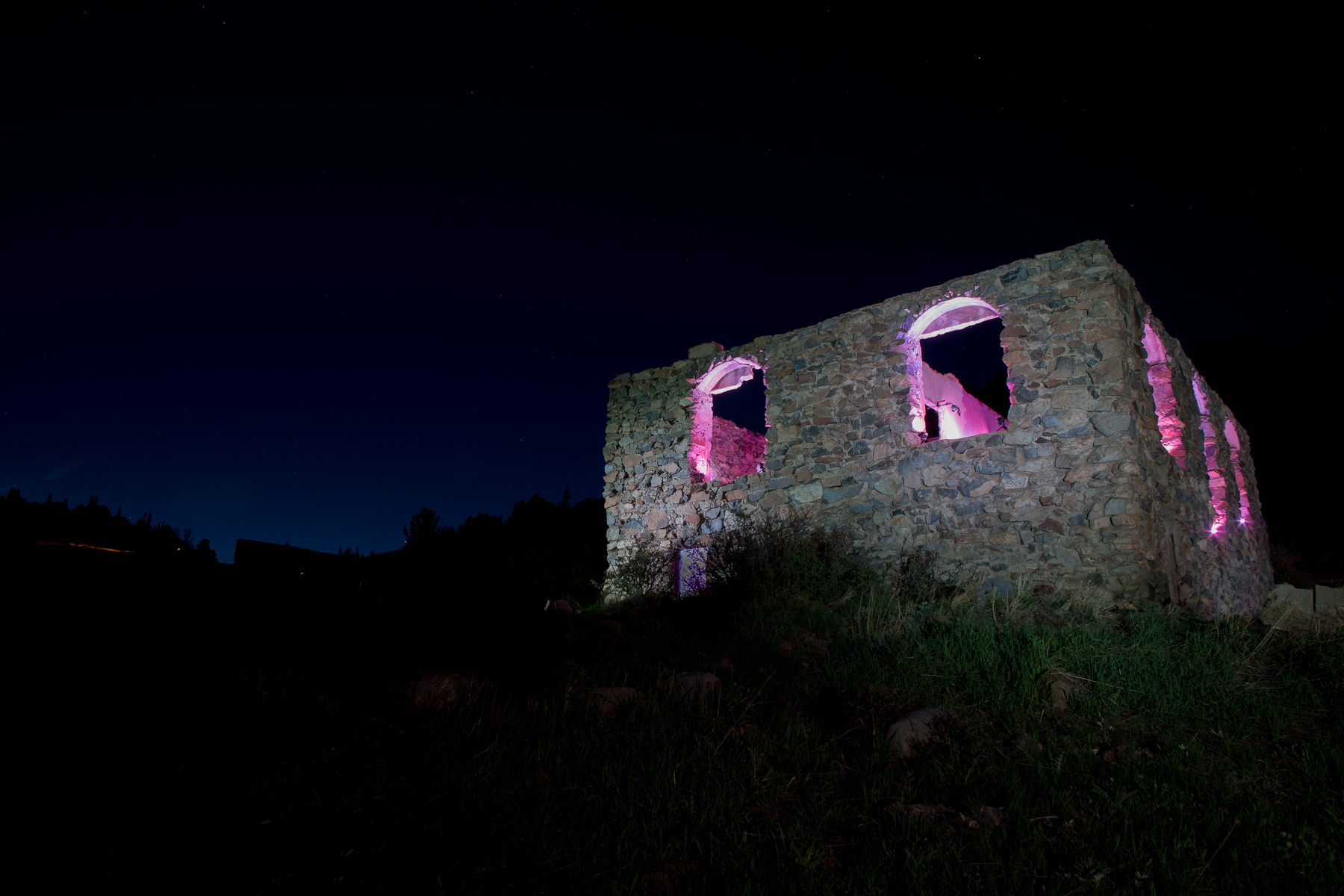 Just five miles out of Nederland, this former mining town was established in the 1870s by a prospector named Conger. Dubbed Caribou, the town was at the forefront of the silver rush and was able to produce $8 million before fires and lack of decent ore lead it to its decline by the 1920s. But before the town went bust it had one church, three saloons, a brewery, a newspaper and housing for the miners. Now only two broken structures remain. Last summer we discovered this place when we tagged along with artists of Knomad Colab as they transformed the place with their brilliant light display. 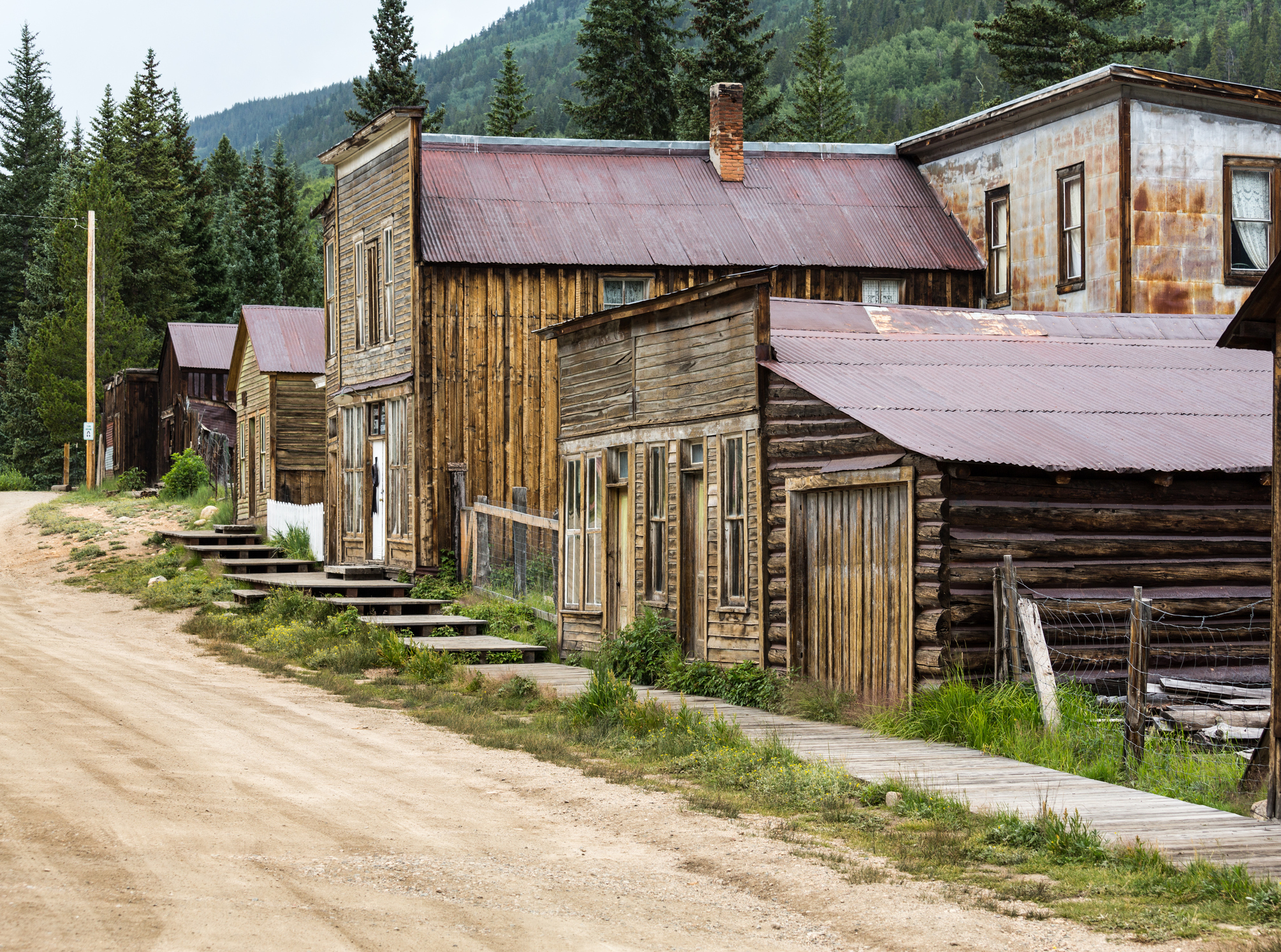 Sitting at just below 10,00 feet St. Elmo was originally named Forest City and had over 2,000 residents at its peak. Founded in the late 1870s as a gold and silver mining town, today it is one of the most preserved ghost towns in Colorado and known for paranormal activity. In the late 1890s, the town had five-hotels, a number of saloons and a telegraph office.

Today you will see preserved houses, stores and buildings. Despite being considered a ghost town there are still several residents living at the site and the general store is open throughout the summer. St. Elmo is located 20 miles southwest of Buena Vista off of CO Road 162. 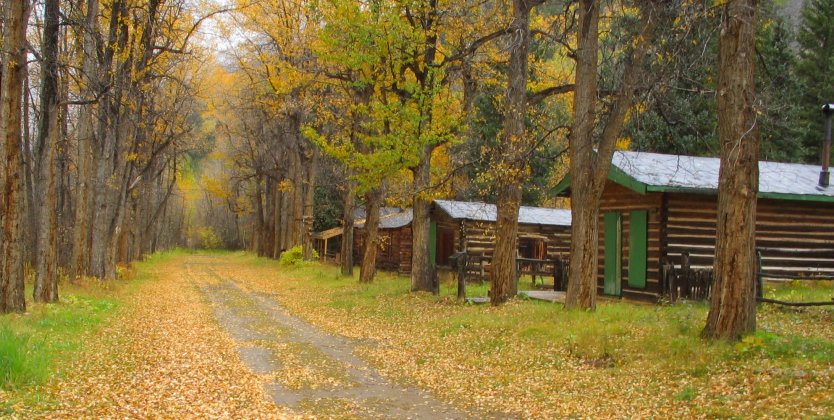 Maintained by the Chaffee County Historical Society, Vicksburg was founded in the late 1860s after the discovery of gold. The town’s main street is lined by trees planted by the early settlers. The trees are kept alive by ditches lining the road diverted off of the Vicksburg Creek. At its peak, Vicksburg had a post-office, general store and several saloons. There are a number of cabins still standing today and visitors can check out a museum maintained by the historical society. Several of the cabins are seasonally occupied by private owners.

Vicksburg is located 27-miles south-west of Leadville on CO Road 390 off of US-24. 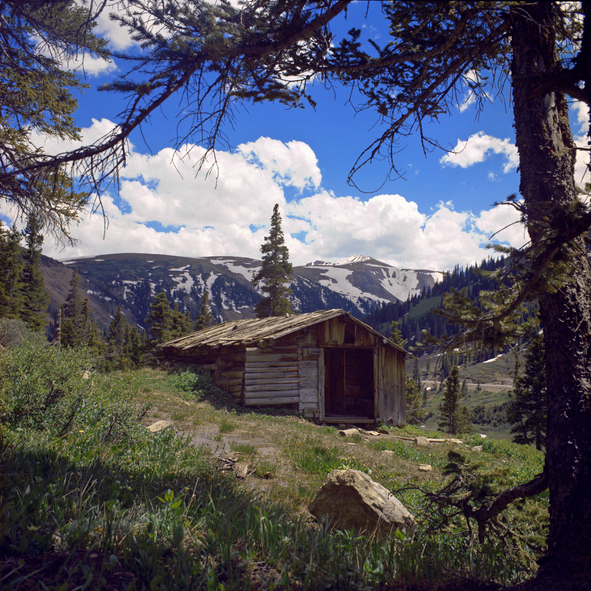 Sitting at just above 8,000 feet Teller City is a fun and spooky campground. The site has several cabins still standing and foundations surrounding the area. It is a good place to explore on foot. The town was founded in the early 1880s after the discovery of silver and reported having almost 30 saloons and hundreds of structures. With declining silver prices the town was abandoned in the late 1890 and a ghost town by the turn of the century.

Teller City can be reached by heading north for about an hour on CO-125 out of Granby. You will take Co Road 21 from 125 to US First Service Road 740 then follow the signs to Teller City Campground. The first portion of the road will be smooth with the last three-miles requiring a 4×4 vehicle.

READ: 13 Creepiest Places to Hike or Camp in Colorado 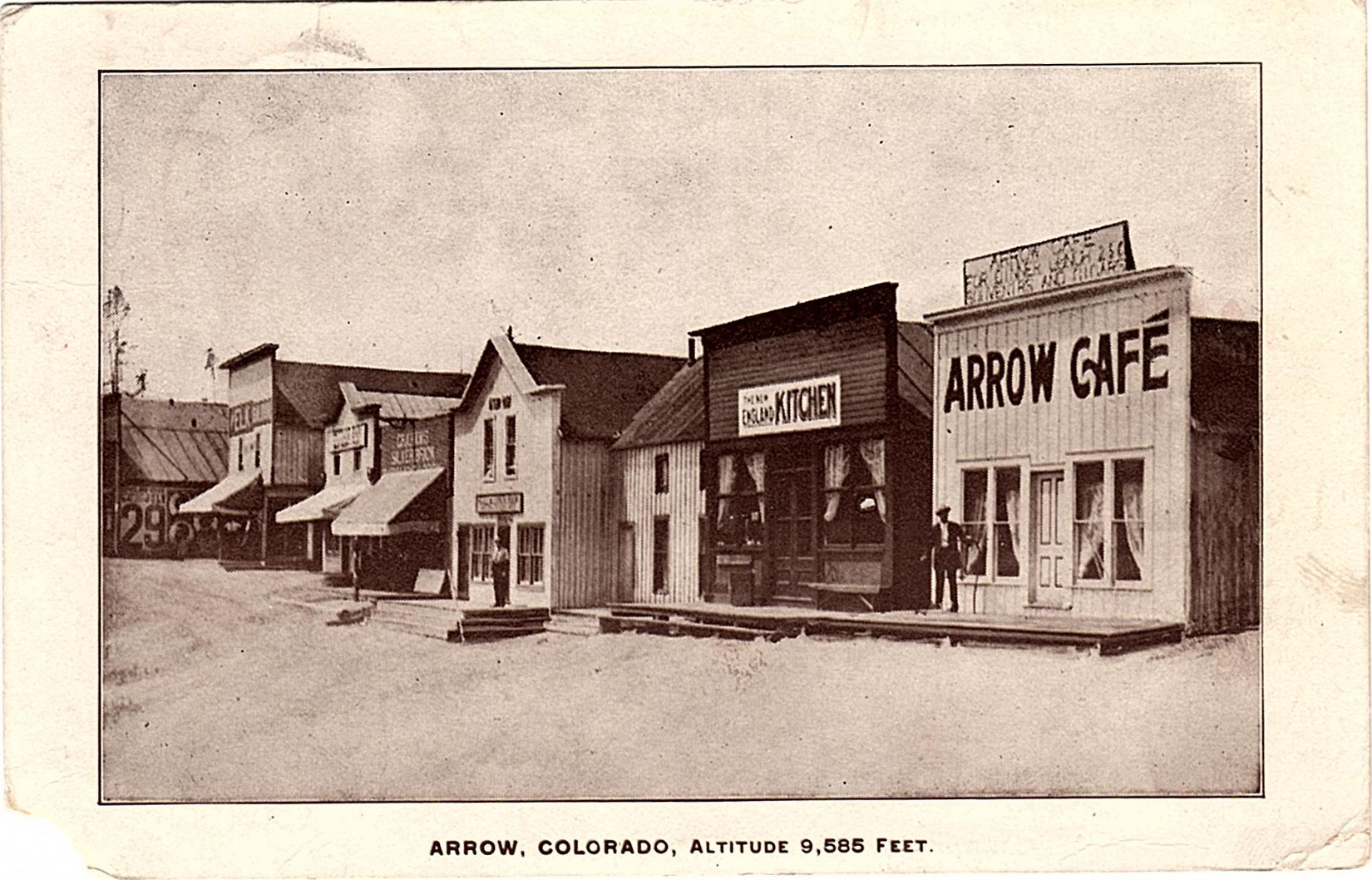 Nestled at the top of Rollins Pass at just under 10,000-feet Arrow, originally called Arrowhead, doesn’t have much left for structures but is a dream come true for metal-detecting and has amazing views of the Winter Park ski area. The only ghost town on our list, not founded as a mining town, Arrow came about as a railroad and lumber camp. By the turn of the century, Arrow had several thousand residents but burned to the ground in 1920. Today you can see old railroad beds, find coins from the time period and see where the town was located.

You can access Arrow via Corona Road off of Rollins Pass. The Arrow site is currently owned by Rendezvous Colorado and you will need to visit their sales office in Frasier to ask for permission to check out the area.