13 Creepiest Places to Hike or Camp in Colorado

If you’ve already seen the colored aspens, but aren’t ready to say “goodbye” to fall-themed excursions outdoors, we have some options for you. Like most western states, Colorado is home to Native American spirits, tales of dead men from the Wild West, abandoned ghost towns and just plain ol’ creepy landscape. If you want to get lost in nature, you sure can when you visit these 13 places on our list, but just be warned—you and your fellow adventurers might not be the only ones there. 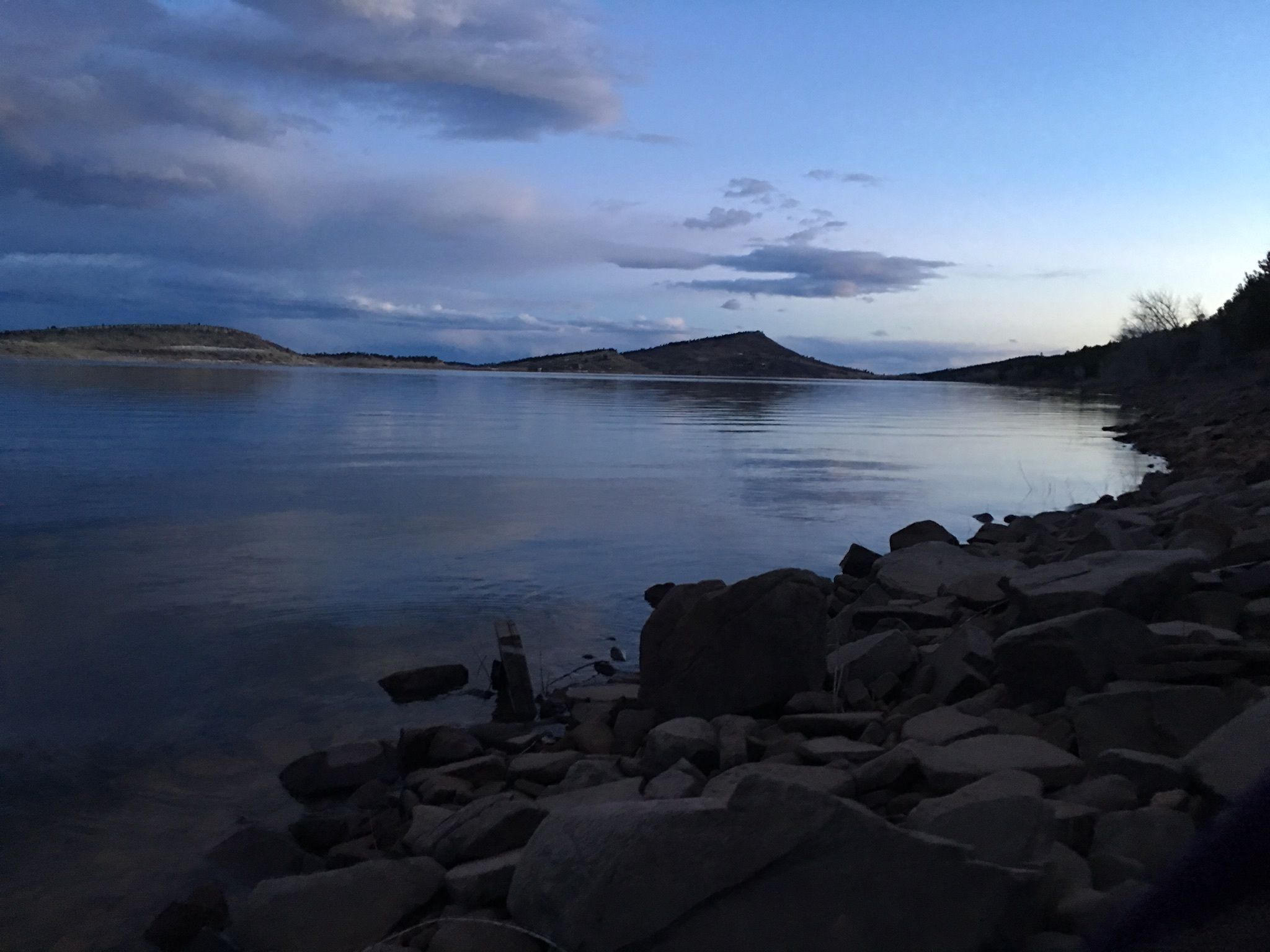 Carter Lake via All Trails

Why it’s terrifying: Did you know this reservoir in Loveland is haunted? We didn’t. Locals say that the area is home to the ghost of “Mr. Bennet,” a settler who was shot and killed more than 100 years ago. Witnesses have seen a man wearing old-fashioned clothes carrying a bag who disappears when you come too close. You might see him if you camp in the area. 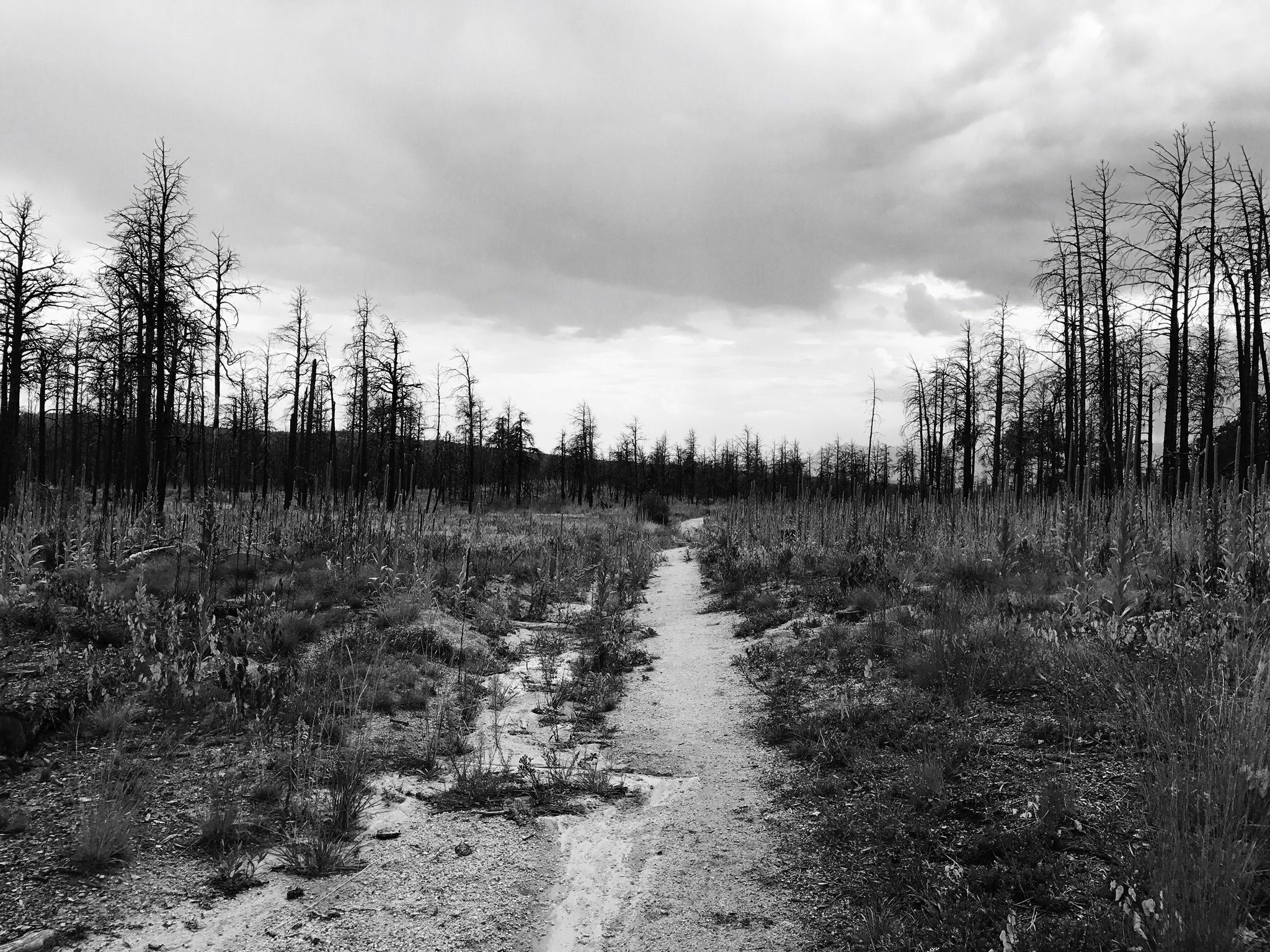 Black Forest via All Trails

Why it’s terrifying: Its name shouldn’t surprise you because this forest is black. Literally. After a fire nearly burned it to the ground in 2013, this neck of woods northeast of Colorado Springs is home to one of the most recorded haunted houses in the US. The myth is that a man named Steve Lee and his family moved into their “dream home” in 1990 only to learn by a psychic investigator that a closet on the second floor was probably a gateway to the afterlife. Scientists, electromagnetic experts, and other paranormal investigators say strong forces are to blame for the creepy “shadow people,” doors slamming on their own, footsteps on the roof, strange music playing, unexplained break-ins, a strong chemical odor, orbs, apparitions and more. And it’s not just the house. Supposedly, a Hopi shaman is adamant that the forest connects our world with the spirit world. 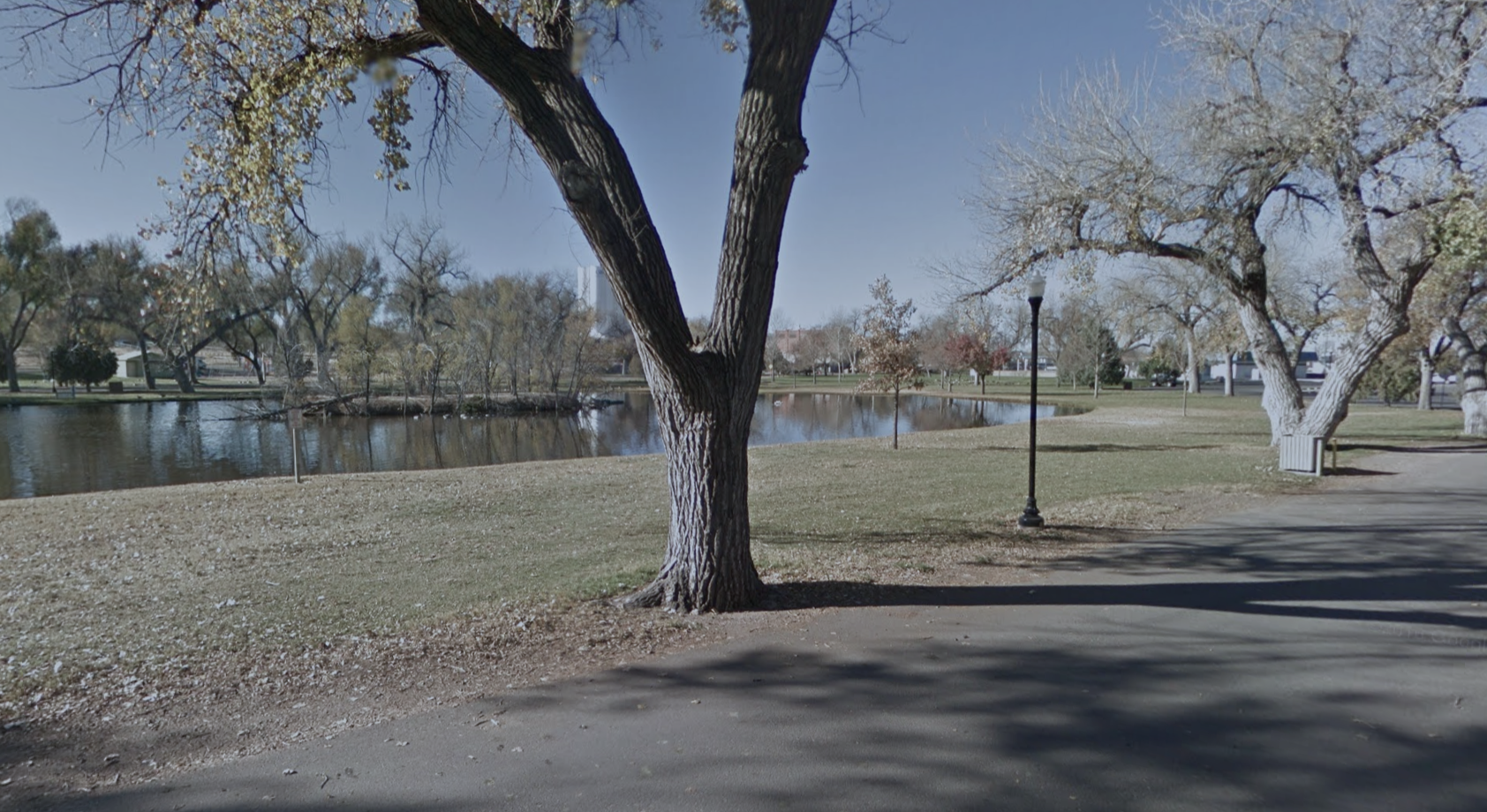 Why it’s terrifying: Even if you take a pretty little walking path in the local Riverside Park, don’t say we didn’t warn you. Residents of Fort Morgan joke about the River Witch, a ghost of a woman who killed herself in the area, after people outcast her for seeming like — well — a witch. Apparently, you can see her appear at night on one of the many nature trails. Fun! 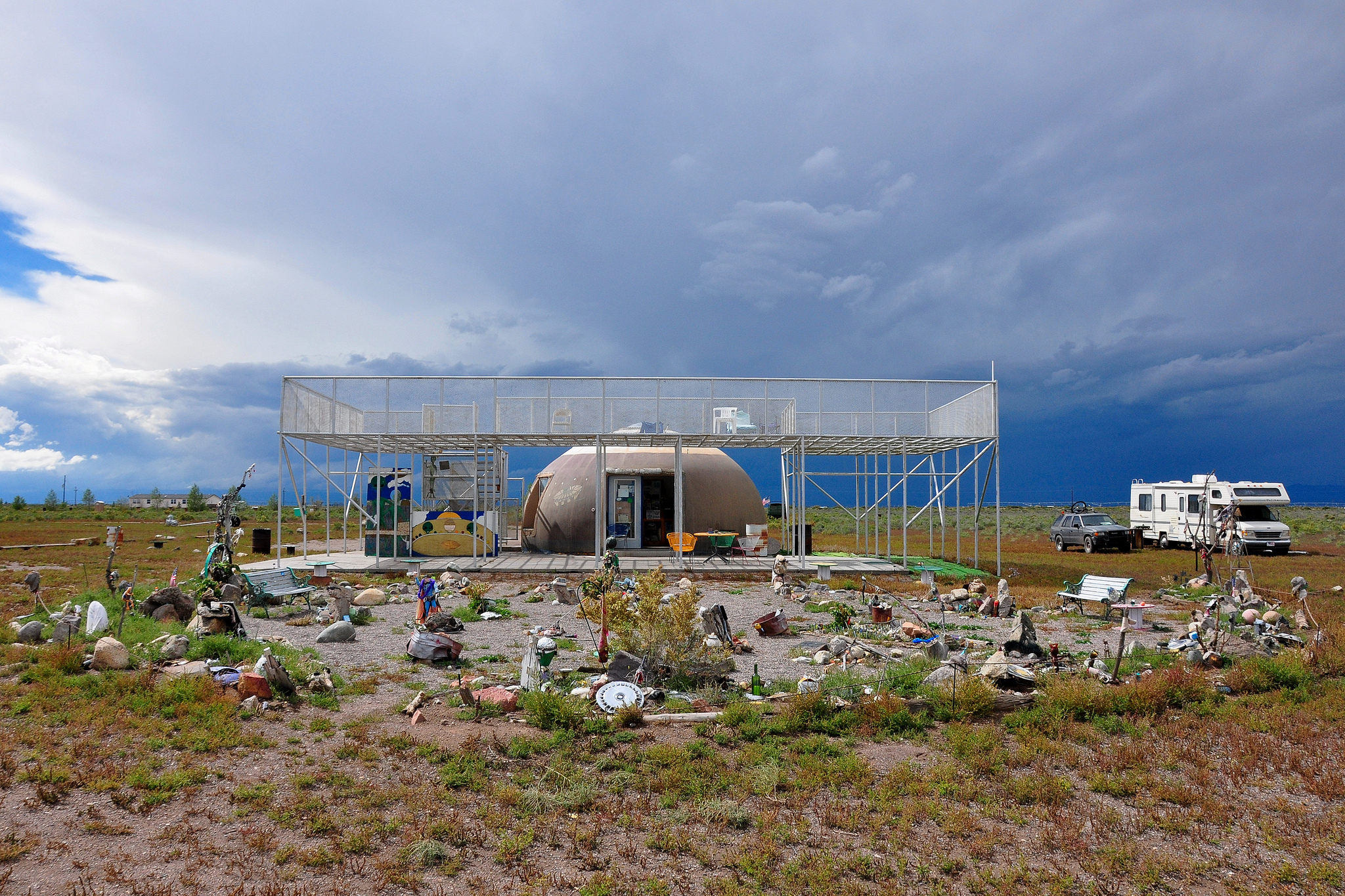 Why it’s terrifying: In May 2000, cattle rancher Judy Messoline created an observation platform, gift shop and campground to gather interest about — you guessed it — UFOs. As a former skeptic, Messoline realized UFO watchers were already visiting her ranch, so she opened it to the public. With a 360-degree view of the San Luis Valley, the UFO Watchtower is home to some pretty extraordinary stories about encounters with extraterrestrials. And let’s just say Messoline sees UFOs in this area — a lot. Camp here at night if you’re brave. 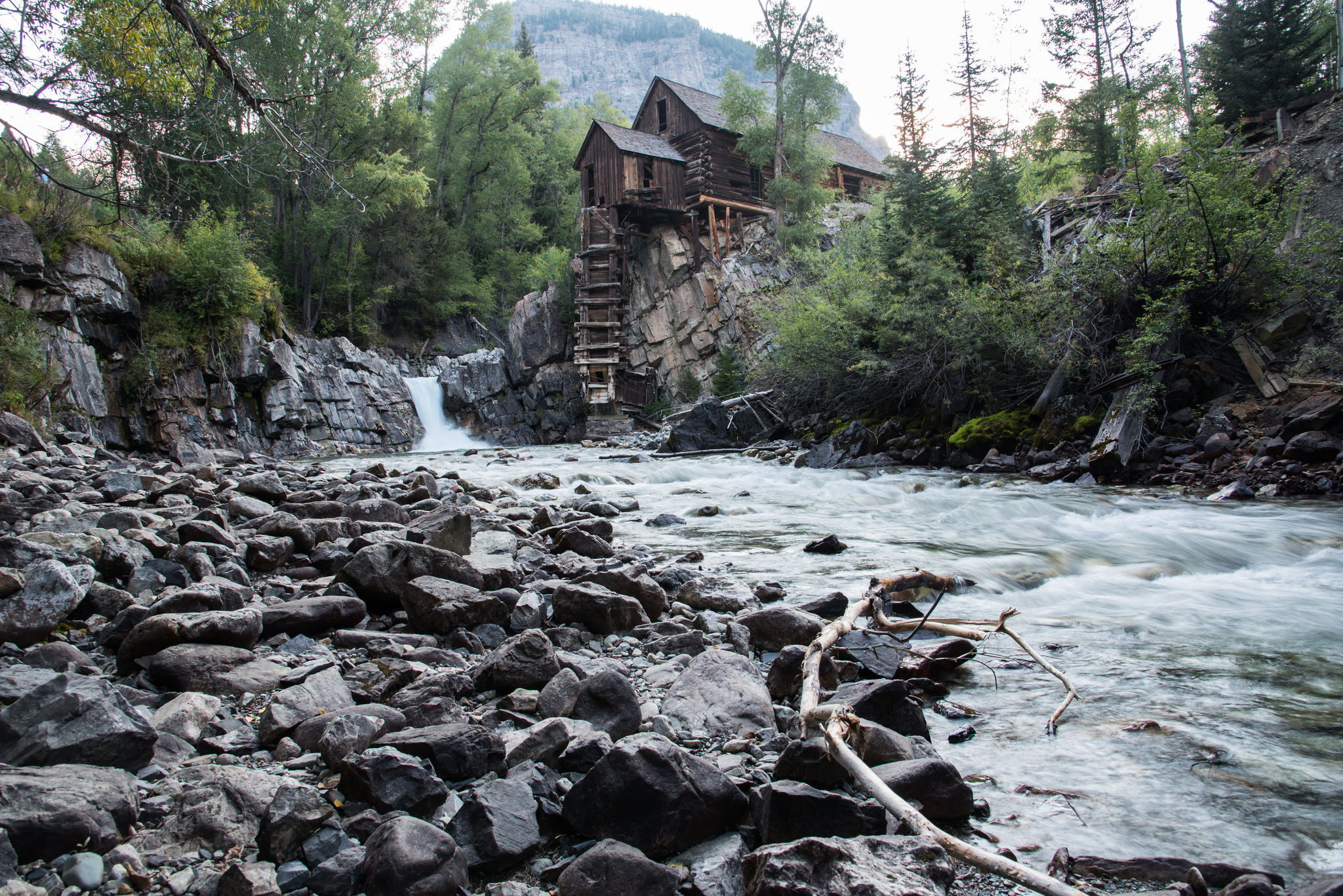 Why it’s terrifying: This old wooden powerhouse on the Crystal River in Marble, Colorado might not be reported as haunted, but it sure gives us the heebie-jeebies. Resurrected in 1892, this old mill was used as a water turbine (originally it had a waterwheel) to generate compressed air used to power machinery or tools for the silver mines. Now it’s left for dead in the wilderness. 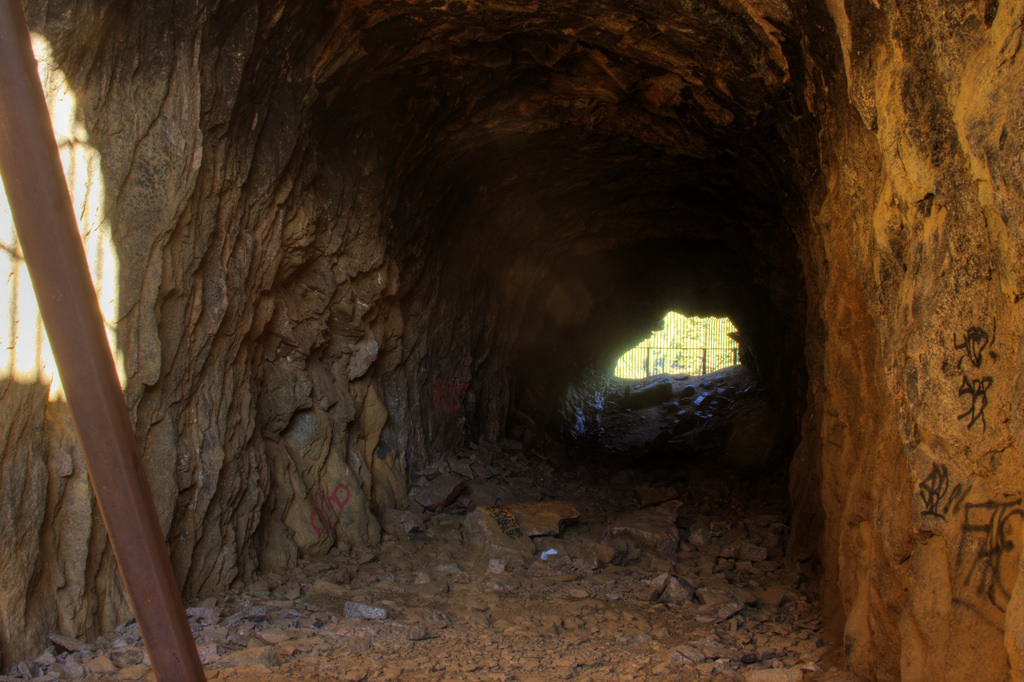 Why it’s terrifying: If you want to risk getting in an accident and wetting your pants because you’re so unbelievably terrified, take a trip to the haunted tunnels of Gold Camp Road. These former tunnels in Colorado Springs used to be for trains, but three were opened for automobiles to the public after the rest closed. Unfortunately, the story is one of the tunnels collapsed on a school bus full of kids and killed them all including the driver. If you stop and turn off your car lights while going through the tunnel, you can see tiny handprints appear on your fogged windows, get scratched or touched by unseen forces, or hear giggling. Hikers can even witness the third tunnel that collapsed which is now blocked off by a welcoming “Keep Out” sign over a black steel fence. Maybe pass on this one. 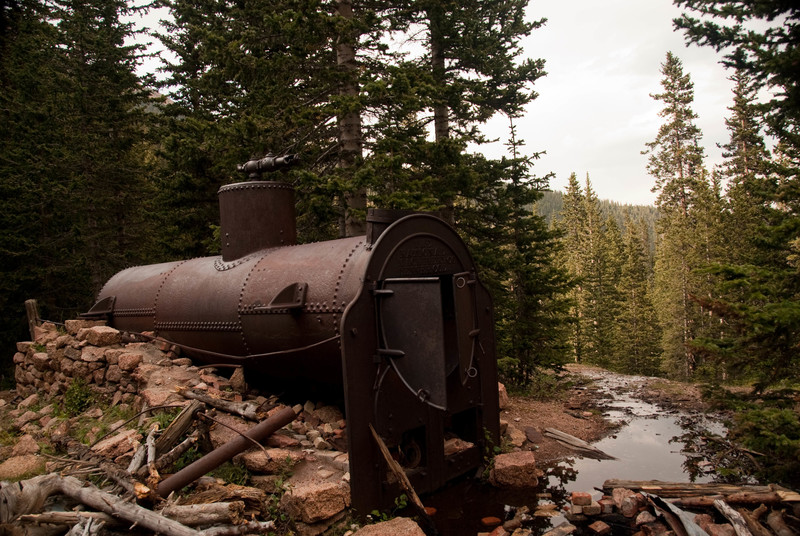 Where: Start at Elk Park trailhead on Pikes Peak Highway in El Paso County
Hike: This 4-mile out and back trail. See here for directions.

Why it’s terrifying: You’ll have to travel for a bit on the Pikes Peak Highway to locate Ghost Town Hollow, but it’s worth it. This former mining camp is a ghostly site that houses Oil Creek Tunnel, a blocked passageway that was once used for mining gold and has been the location for accidental deaths of miners. Old log houses and remnants from its historical past make Ghost Town Hollow downright creepy. 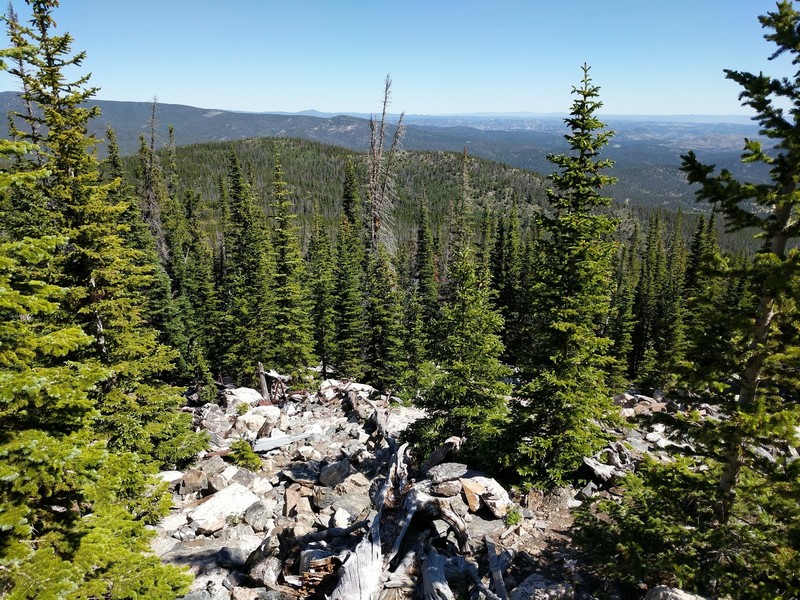 Where: 16321 Pingree Park Rd., Bellvue (address of trailhead)
Hike: This 6.2-mile out and back trail. Rated moderate.

Why it’s terrifying: In the Comanche Peaks Wilderness, you can hike to the site of an Army Flying Fortress bomber that crashed and burned. The crash killed its eight passengers on October 20, 1943 on its journey Denver from Rapid City, South Dakota, This military plane’s memorial grounds are downright spooky and sad. If you do visit, please leave the wreckage untouched.

Why it’s terrifying: As one of the most haunted sites in Colorado, Old Glendale Stagecoach Station is easy to miss — but if you’re in for a scare, make sure you hike to it. Supposedly haunted by a gray lady that appears to resemble Kathleen Cooper, a woman who killed herself after she learned that her fiancé, gold prospector Julian LaSalle, was robbed and killed on his way home. Her ghost is said to haunt the remnants of the former stagecoach station in a wedding dress — waiting for her lover who would never return. 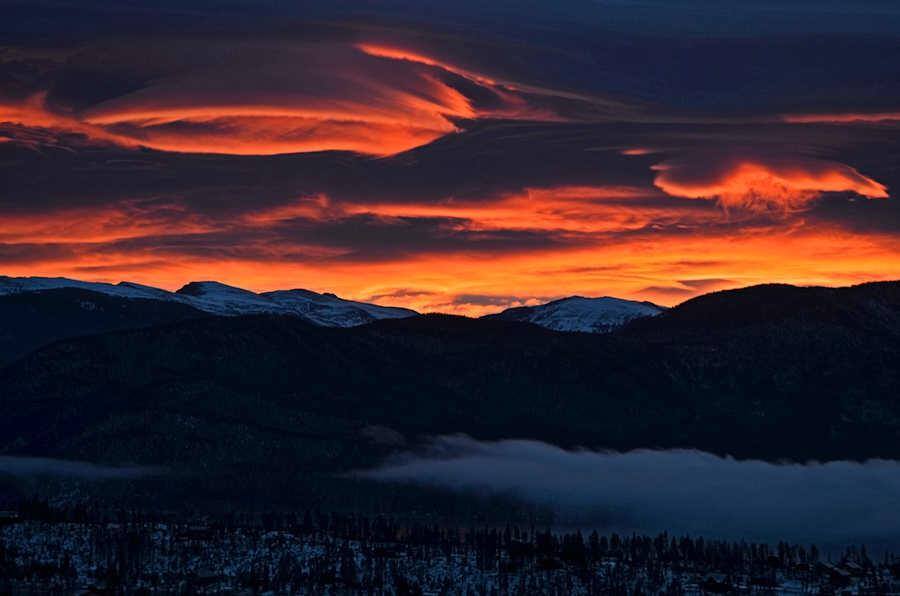 Why it’s terrifying: It doesn’t seem like it, but Grand Lake might actually be the most frightening on our list, and the writer of this article personally had an encounter only last weekend. As a former battle site between the Cheyenne and Ute Native American tribes, the area surrounding Grand Lake is said to be haunted by the spirits of women and children who drowned in the water during a storm after they were placed in rafts in order to stay safe on the lake. During an evening hike, I heard strange whistling on Shadow Mountain Trail even though no one was around. 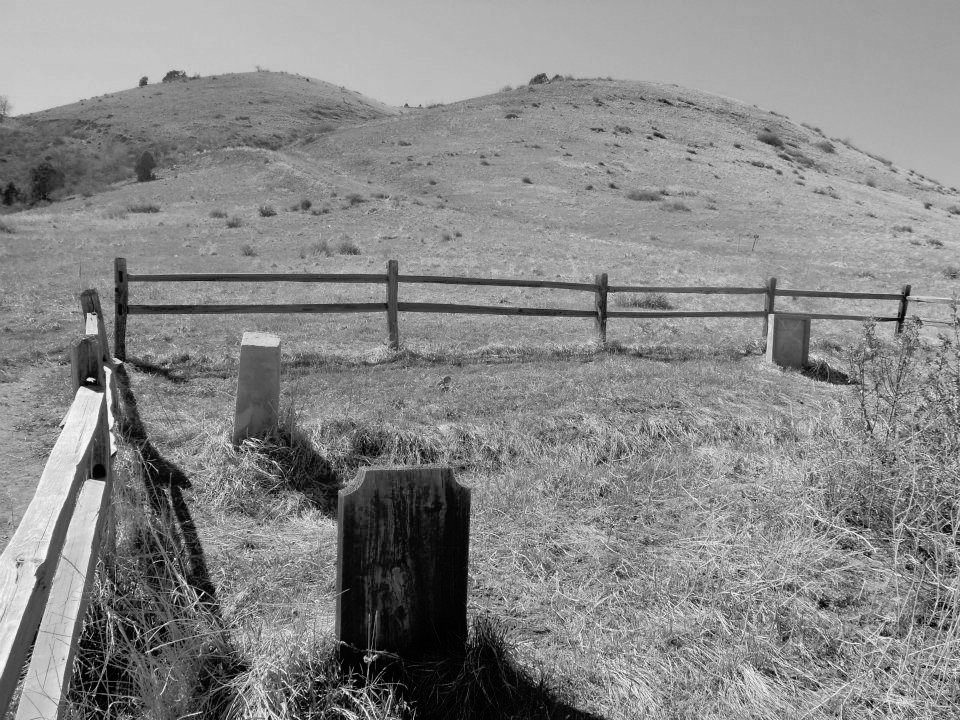 Why it’s terrifying: Nothing is creepier than an unmarked cemetery. Good thing you can hike to one! With only five grave markers, the Mount Vernon Cemetery has one of the oldest known graves in the state dating back to 1860. If coming here at night doesn’t horrify you, we don’t know what does. 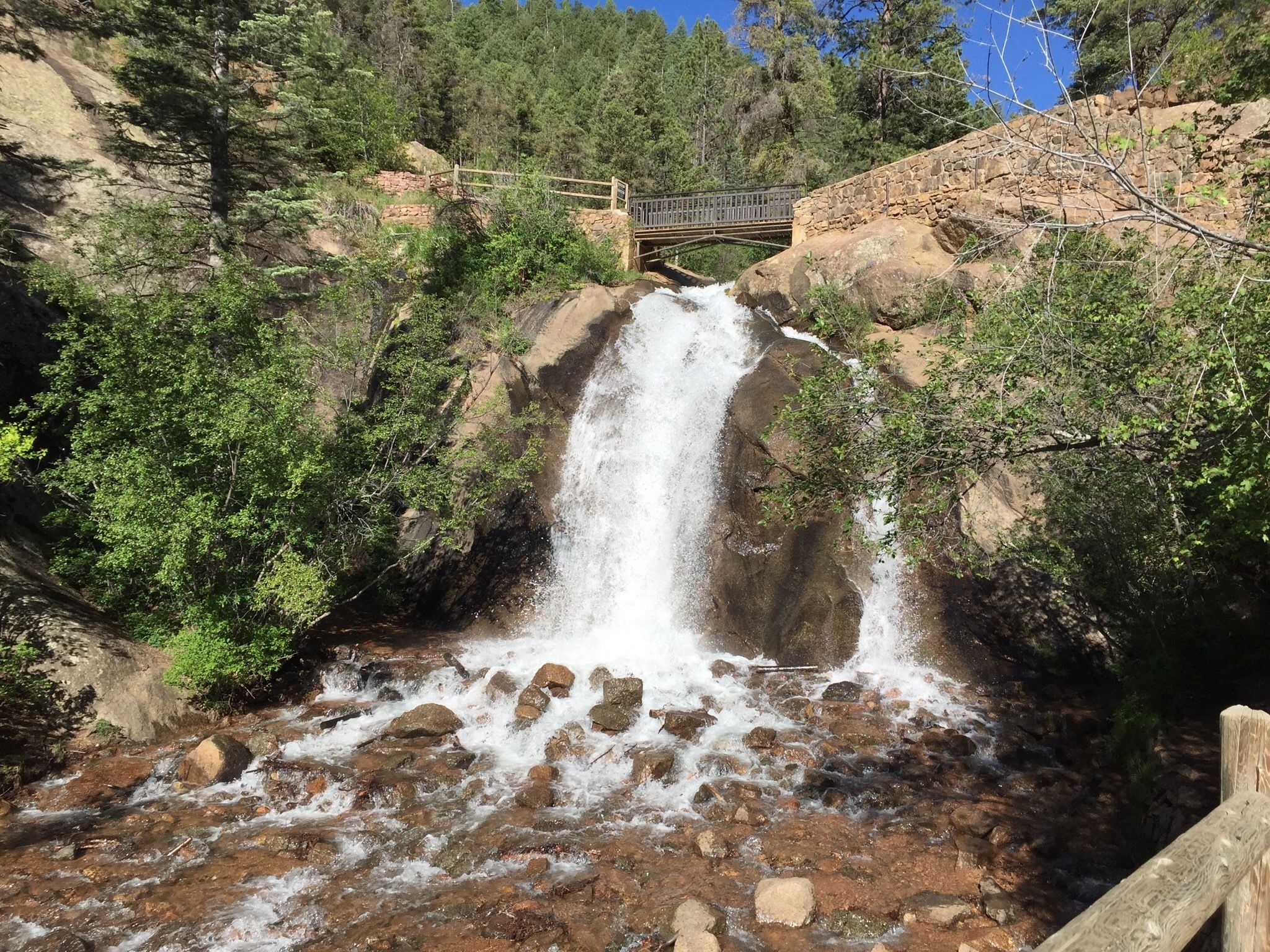 Helen Hunt Falls via All Trails

Where: 3440 North Cheyenne Canyon Rd., Colorado Springs
Hike: This 0.1-mile out and back trail. Rated easy.

Why it’s terrifying: If you don’t really want to exert yourself, but get your blood pumping anyway, take this pain-free hike to Helen Hunt Falls. An invigorating 0.1-mile trek is named after humanitarian activist, Helen Hunt, who is buried in nearby Colorado Springs. Although its hike is easy, this beautifully eerie waterfall has caused the deaths of many tourists who misjudge the power of the water and slippery rocks. If you visit Helen Hunt Falls at night, you can hear strange voices. Just be careful you don’t join them. 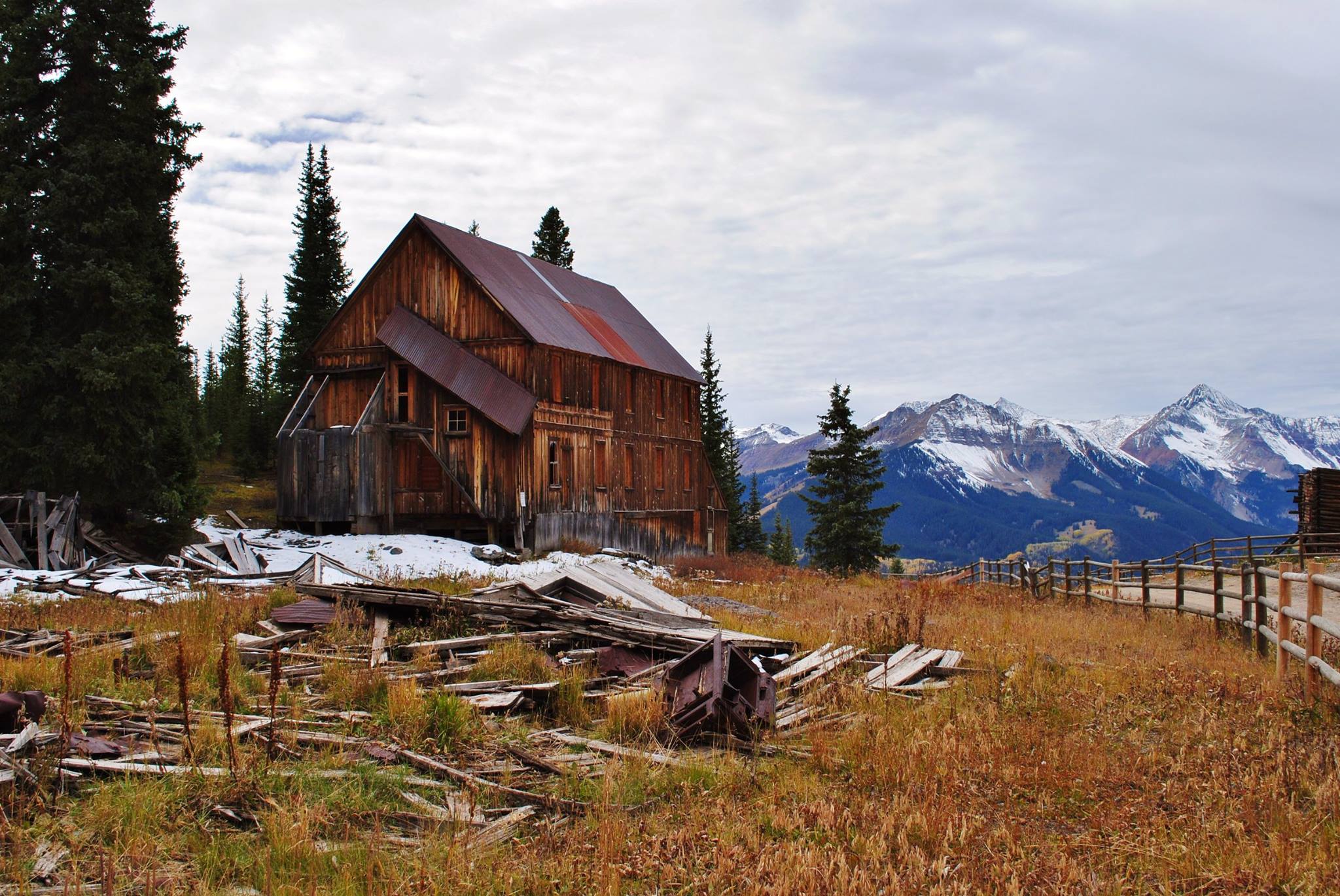 Why it’s terrifying: If you’re going to live in Colorado, make sure you check out a ghost town. On a forest service road near Telluride, the abandoned mining town of Alta Lakes, Colorado is now merely just crumbling buildings. Some of the structures remain, and a visit into the woods near this scenic ghost town will have you feeling spooked by the darkness and eerie quiet.