There is one thing you expect to experience when going to a concert — sound. Blaring beats and melodies that sing to your soul and chatter from the crowd that encompasses the noises that will influence your opinion. Some shows are different than others. Whether the performer has a special connection with the city they are visiting or if the crowd is just feeling extra rowdy that night, certain sounds carry more weight and stick in your mind to make for a more memorable experience. There was plenty of connection and there were plenty of noises that made Amine’s “Tour For You” Denver stop so special. Tuesday night, Cervantes’ Masterpiece Ballroom recruited Amine along with Towkio to assist in making some memorable noise.

Towkio brought a great tempo to open up the show. He opened the show with his song “Clean Up,” a sporadic and melodic tune begging your feet to start dancing. Towkio and his DJ upstaged everyone by beginning to perform a dance called “juking” — a Chicago style of dance in which the participant shuffles their legs and feet at a speed that would rival a tap-dancer. Towkio, the Chicago-native and possible professional ‘juker,’ got the crowd on his side with a wave of ‘oohs’ and ‘ahhs.’ He then got them to scream his name. 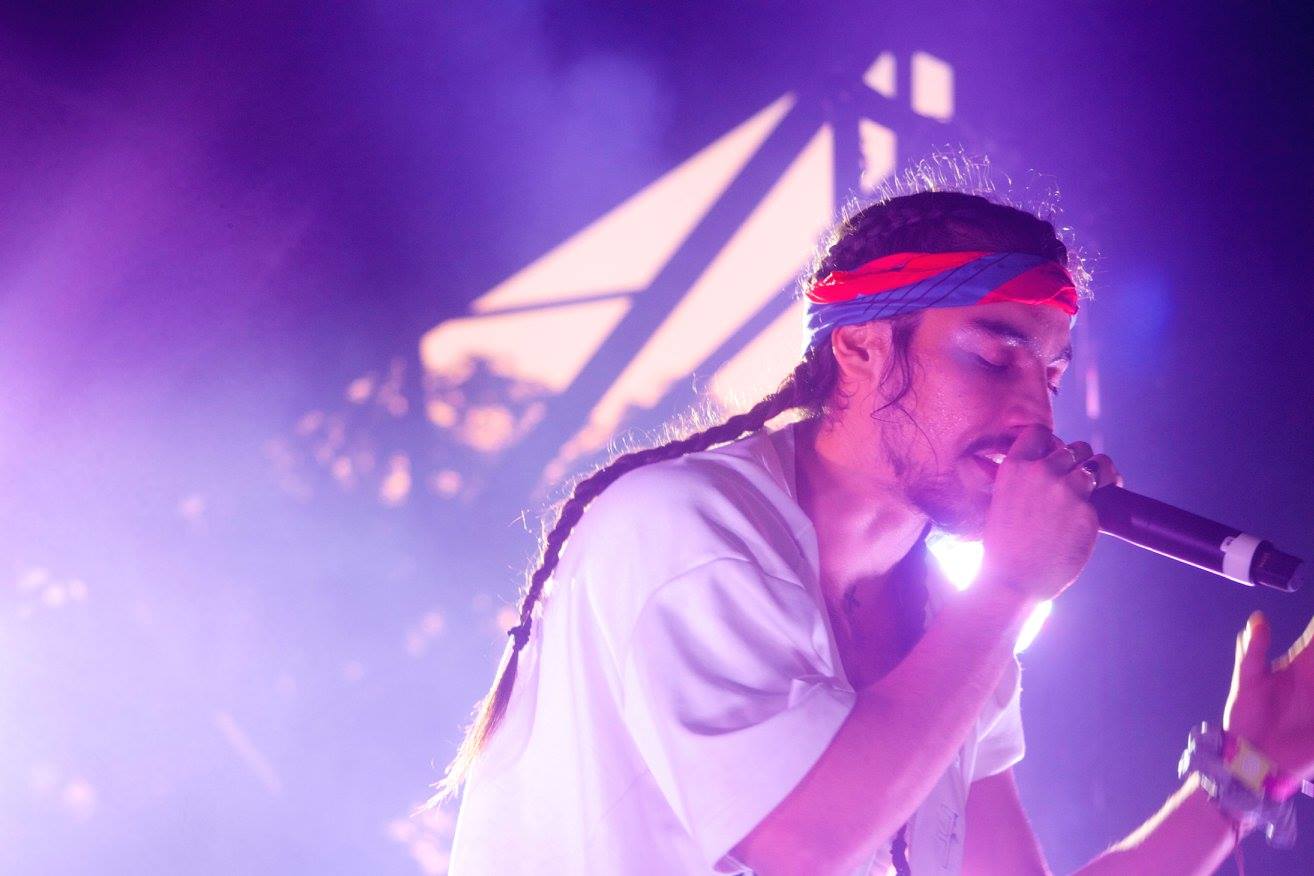 His set continued with high energy warming the crowd as he used every inch of the stage to sing and dance. Towkio had a stage presence that masked the fact that the ballroom became silently packed. Before Towkio performed his song “Drift,” he had the crowd chant ‘drift’ to build momentum.

After a brief intermission, Amine crept onstage to the delight of the crowd. The energy in the room inflated like the “GOOD FOR YOU” sign that was positioned behind Amine and in between his DJ, drummer, keyboard player and guitarist. He started his set off with his song “Baba.” This song immaculately set the tone for the show because of its bounce and catchy hook. Amine was high in energy yet calm in demeanor. His rambunctiousness was rooted in underlying confidence and poise. There were no major slip-ups that you’s think would take place on the third show of a nationwide tour. Although he was jumping up and down for most of his show, he wasn’t sweaty and didn’t show signs of being fatigued. Surprisingly, his concoction of a hairstyle kept its form throughout the entire show. Amine later broke out of his original songs to perform his own rendition of “No Scrubs” by TLC. The crowd caught on to it quickly and began to sing along as all were connected as one.

“Ilililil” is a sound made by Ethiopians and Eritreans in times of celebration and accomplishment. Amine, being the son of Ethiopian immigrants, had an immense amount of Ethiopian support in the crowd — there was even an Ethiopian flag that an audience member hung off of the balcony. While performing “Sundays,” the particular line of “I’m not loud, I’m Ethiopian rowdy” enticed Ethiopians in the crowd to scream the onomatopoeia. 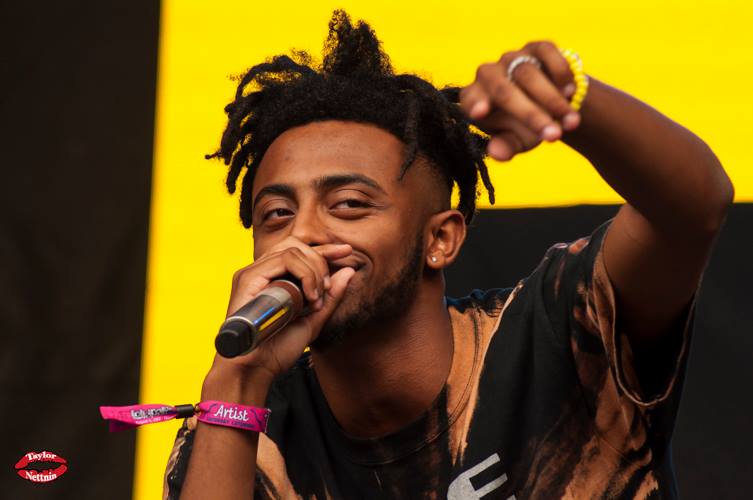 During his set, Amine took a moment to offer fans an opportunity to join him on stage to sign his patched up pants on behalf of his Denver stop. He brought up a young female and two gentlemen dressed as bananas, which are a part of Amine’s aesthetic. He then asked the crowd what should be said on the pants. After sifting through the shouted responses, a crowd member came up with the very Colorado answer of “303, smoke that weed,” which the crowd began to chant ferociously.

Amine concluded the show with his triple-platinum hit “Caroline.” On cue, the stage and ballroom floor transformed into trampoline fabric, creating a bounce that eclipsed any bounce seen previously. This track also created the most defining sound the show offered. For a moment in time, the crowd united into one entity screeching the lyrics of the hook with their last breaths, “LET’S GET GORY, LIKE A TARANTINO MOVIE.” This reiteration of lyrics sparked the realization of the love the audience had for Amine. From memorizing song after song, down to the ad-libs, to random audience members bursting out with one-line jokes that made Amine laugh, it showed that the crowd wanted to connect with Amine. The audience would say that this mission was accomplished — and the onomatopoeias will not be forgotten. Amine stated on his Instagram story that it was “honestly, one of the best shows ever.”