Sawyer Fredericks, Winner of ‘The Voice,’ Talks Not Feeling 18 and Self-Producing Album

Two years after young Sawyer Fredericks’ stunning voice and accelerated musical talent earned him the winning vote on season eight of NBC’s The Voice, the artist is more vibrant, mature and sure of his music than ever before. On September 2, for the second consecutive year, Fredericks performed at The Soiled Dove Underground in Denver. The sold-out show held a collection of loyal Denver fans, chattering about his television take-over and musical ventures since the artist’s victory.

In some ways, Fredericks is just like any other 18-year-old, enjoying friends, family and video games. But when the songwriter opens his mouth, he tells stories of a person far more weathered. The contemporary singer-songwriter’s unique tones and careful release provide an emotional delivery to his storytelling. After winning “The Voice,” Fredericks signed a contract with Republic Records, released a self-titled EP and a full album, A Good Storm, all in 2016. However, for his second album, the 18-year-old artist is taking a new approach – Fredericks is producing his own album. During his stop in Denver as part of his Hide Your Ghost Tour, 303 Magazine sat down with Fredericks to talk about his upcoming album, said to be released later this year.

Fredericks mentioned struggling with his voice for the past few years, something impossible to notice unless he had mentioned it. Even Adam Levine, frontman to Maroon 5, said during The Voice, “Sawyer, the way your voice fills the room is beyond compare.” Because Fredericks was so young when he began singing, the artist’s vocal changed as he got older forced him to re-learn his cherished instrument. As he grew into his new sound, he struggled with no longer being able to play songs he had written years prior.

“I was 13 when [my voice] started to change and it has only slightly started to stop changing now. My voice dropped at least two octaves. When it first dropped, I didn’t want to learn new chords on the guitar so I would tune my guitar down a full step to solve that problem. When my voice got even lower, I couldn’t do that anymore. I wasn’t able to sing songs I wrote when I was younger because they had a lot of falsetto in them. My falsetto completely disappeared and now is only slightly coming back.” – Sawyer Fredericks 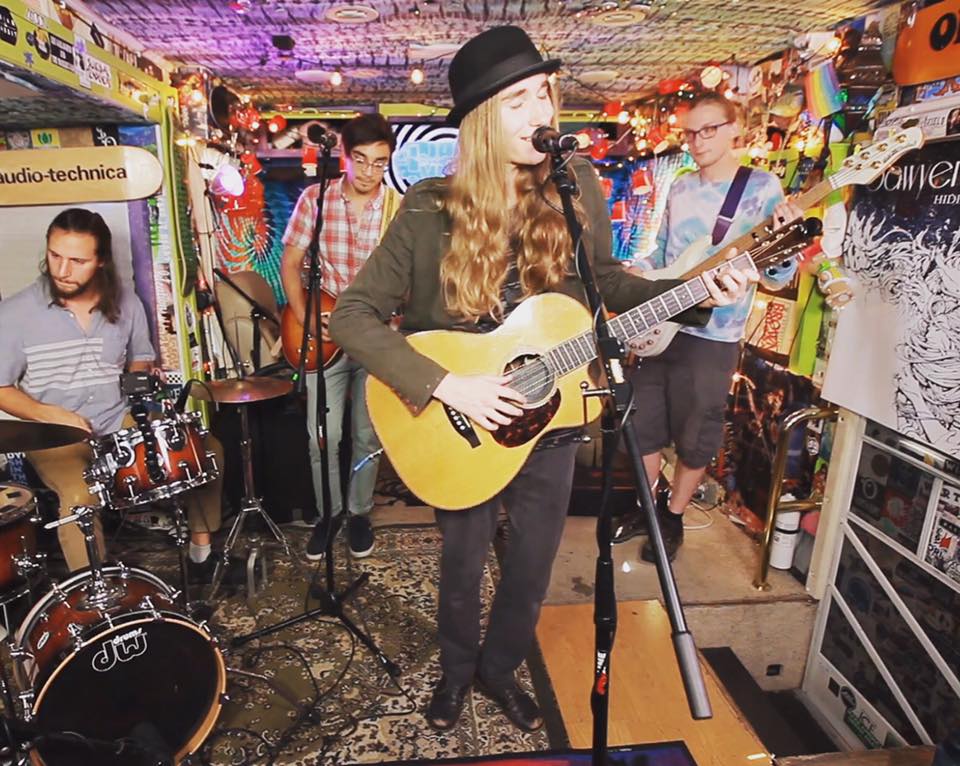 Since entering the spotlight, Fredericks has labeled himself as a simple farm guy who harnesses a stunning voice. When he was eight, Fredericks and his family moved to a farm in upstate New York, which he claims changed his life. Fredericks said that he loves working on the farm and is sad to miss the late summer to early winter seasons while on tour. “We bought an 88-acre farm and my family had never done any of that… It was kind of a wild experience. We have 37 cows now and a lot of pigs. I started singing at farmer’s markets when I was 12 years old. It helped me be more down to earth. It allowed me to experience music as something that I enjoy,” Fredericks said.

His interaction with other talented artists on The Voice opened new musical avenues for Fredericks. His songwriting artistry continued to grow while working with writers on his previous album. “After the show, they had me doing co-writing for the album, and I took a lot in from that. I got to see different kinds of writing styles. At first, I was nervous for the co-writing. When I write music, it is very personal to me and I don’t like writing songs when I am around other people. So that was a little freaky to me, but we got some great songs out of it. But now, with my upcoming album, there is more to the stories,” Fredericks said.

Fredericks’ storytelling is unique from other artists. When he writes music, he creates stories in his head and places himself as a character in the story. He writes the song from the character’s point of view. The co-writing on A Good Storm, though educational, made the artist feel detached from the music in ways. He hinted at some dissatisfaction with pieces of his previous full-length album. “It is not that I am not proud of the songs (on A Good Storm) or that they are bad songs or anything,” Fredericks said. “It is mostly that I feel like they are not true to my music.” But the young artist learned from the experience. With his recent independence from the record label, he is making strides to fit into his own sound again.

“I am very proud of the Hide Your Ghost album. I don’t want to rush this thing. I have written all the songs and produced all of them which is why it will be so different from the A Good Storm album. If you like one song you are going to love all of them. I am independent now so I was able to have all the freedom that I wanted and put myself into the songs…They are more ‘me’… This is my first time doing double tracking and mixing tons of weird sounds. We are really trying to get the songs to feel like you are inside. My listeners can be excited for my music that will truly be mine and that is not going to change at all.”  – Sawyer Fredericks

Fredericks’ excitement for his upcoming music is contagious, his confidence is overflowing and his hair is amazing. At 18, this singer-songwriter is making large strides to prove his artistry. It’s safe to say that this young artist knows who he is and is ready to share it with the world.