Review – San Fermin Forgoes the Frontman at the Bluebird

San Fermin returned to Denver this past Wednesday, September 20 for a lively show at the Bluebird Theater. Some of you may remember the Brooklyn baroque-pop group from last year’s Underground Music Showcase where they tackled a headlining spot on the main stage. Fronted by Yale graduate and tour-de-force orchestral musician Ellis Ludwig-Leone, San Fermin brought their eight-person group to the Bluebird Theater this week, not long after releasing a fresh album and a “b-side” single.

Briana Marela opened the show with a pleasant infusion of vocal harmonies and electronica. The Seattle trio, fronted by Marela, just released a new album last month. Throughout their performance, we were doused with charming love songs. Some of the material grew a bit repetitive by the end of the performance, but the musical talent was never subdued. 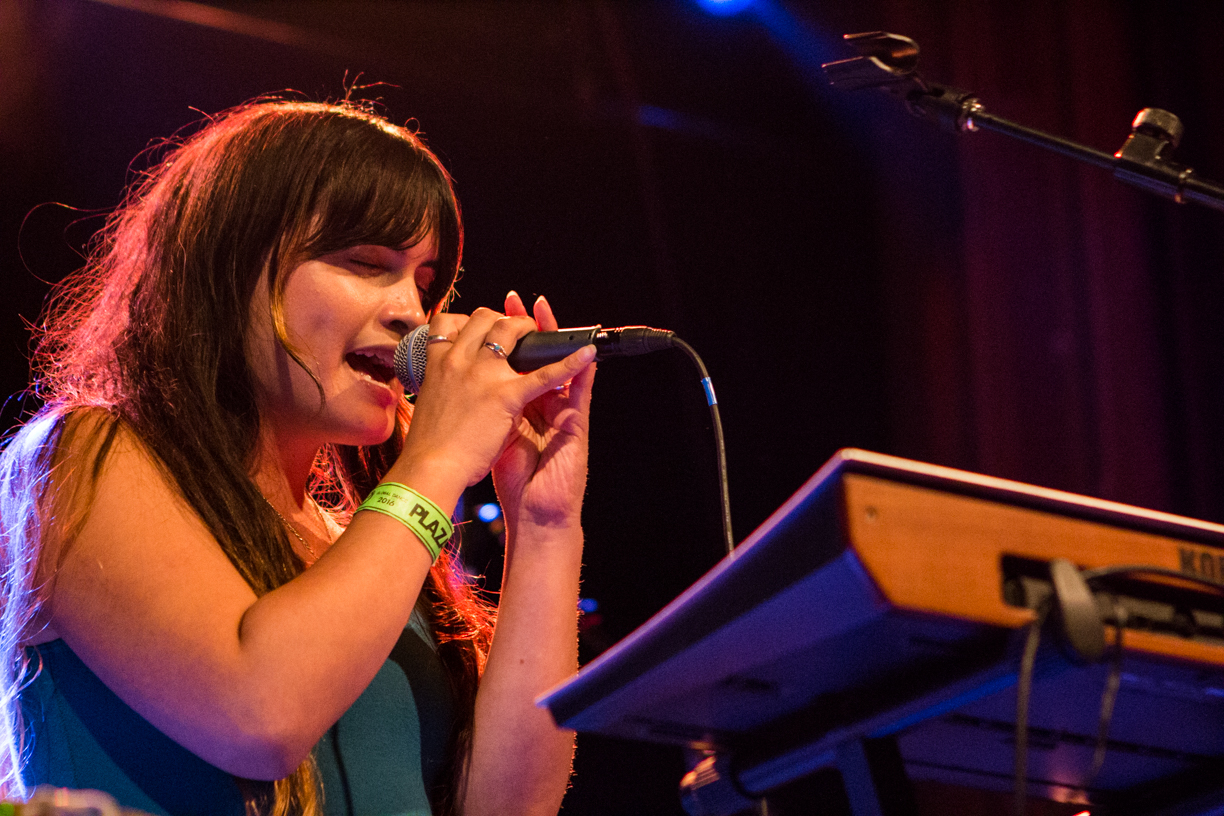 San Fermin took the stage next, diving right in. The airwaves immediately surged with tunes and melodies coming from the band’s violin, saxophone, trumpet and more. Though the group maintained a relentless stage presence, at any point one could close their eyes and simply take it all in – getting swept away by the orchestral waves.

Now, Ludwig-Leone wasn’t your ordinary frontman. Though he makes all of the music, he gives the rest of the band equal forefront on stage. Each performer had an opportunity to shine, sealed with a personal introduction by Ludwig-Leone after each one. Rather than arrogantly fighting for the spotlight with his bandmates, Ludwig-Leone stood to the side of the stage, on keys, enjoying himself and smiling. It wouldn’t surprise me if some audience members didn’t even know Ludwig-Leone is the mastermind behind San Fermin until one of the lead vocalists, Allen Tate, gave him credit towards the end of the show. 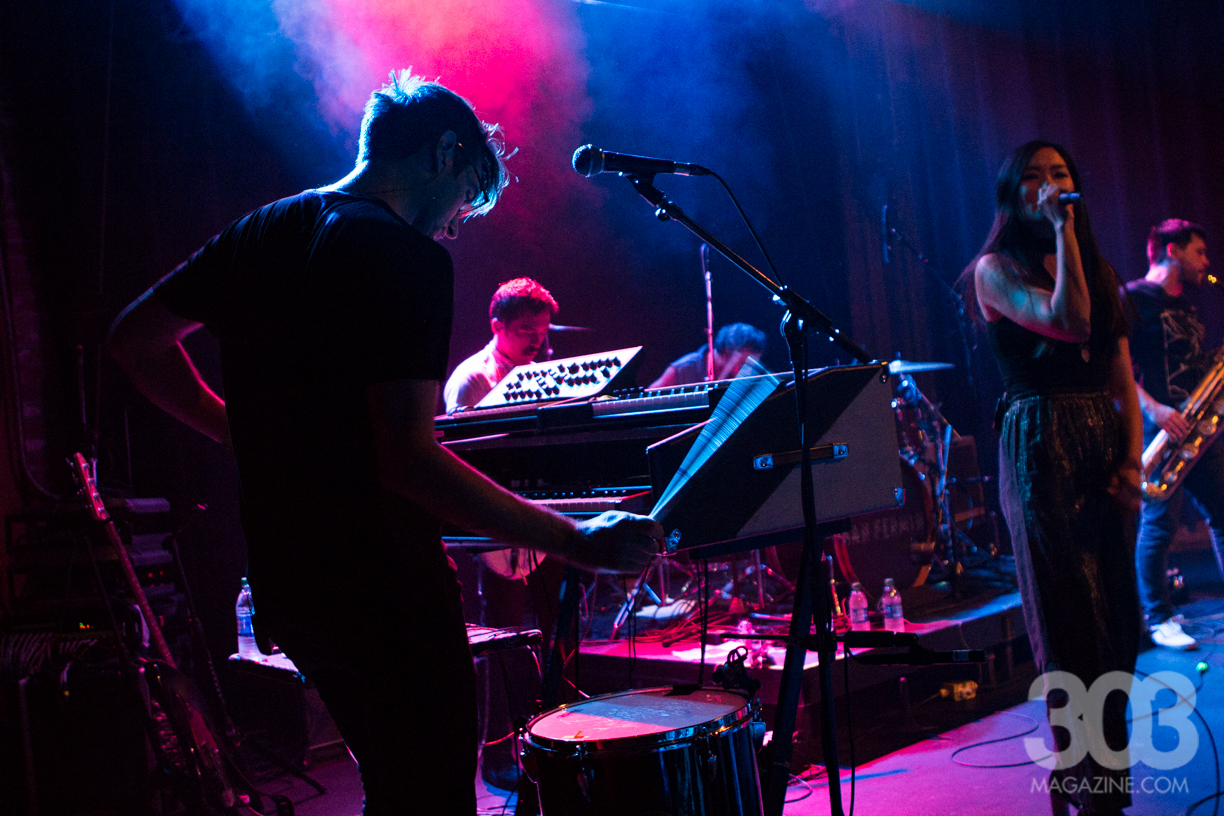 The dynamics of the band were perfect. Not only was everyone taking advantage of their times to shine, but the stage charisma between the musicians was delightful. This is San Fermin’s first tour without Colorado musician Rebekah Durham, but they have a new violinist and backup vocalist, Claire Wellin. Being Wellin’s first tour with San Fermin, you could tell she fully embraced the transition. She would often impeccably operate the violin, all while creating play-off’s between other musicians — approaching them with a smile and never breaking eye contact or maybe even sticking out her tongue to try and make the other musician laugh. Oh, and her backup vocals — they were stellar. At points, Wellin really impressed the crowd with her melodies and was even given a shot at lead-vocals for one song. 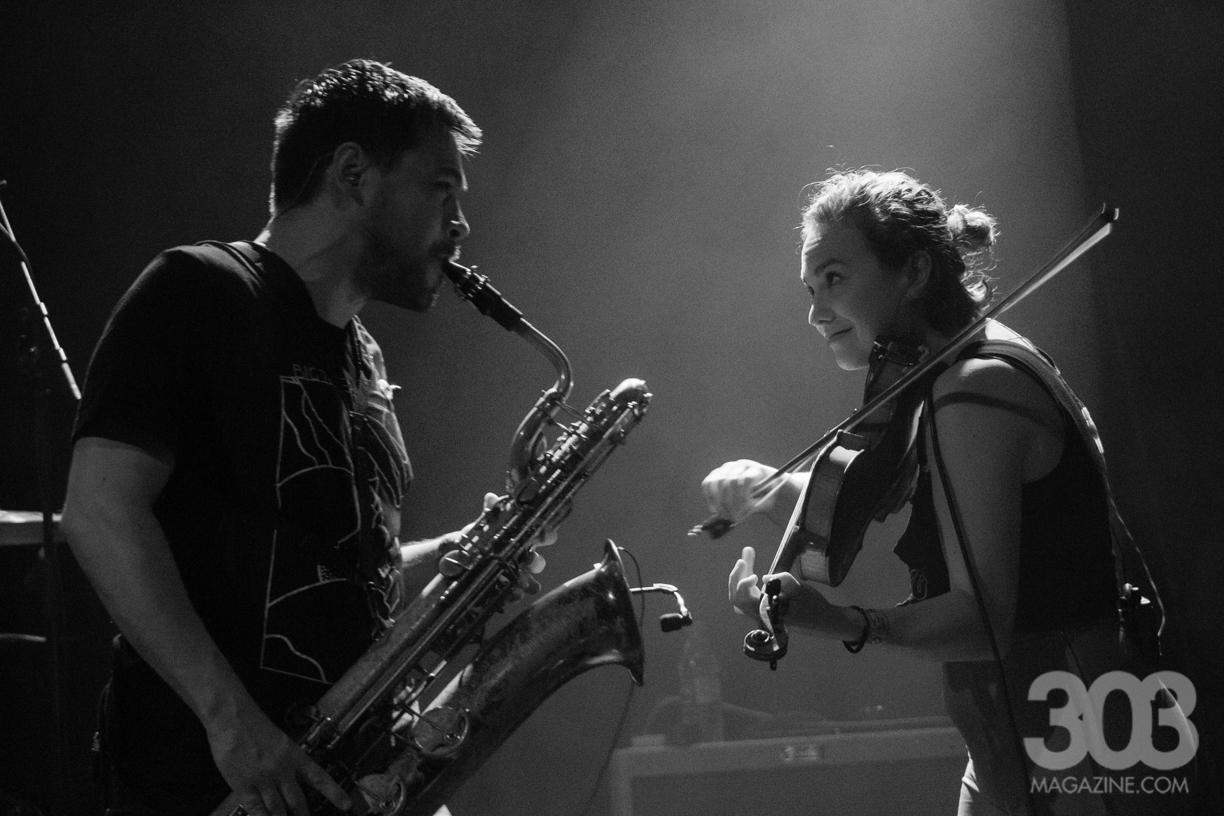 Not only was the spotlight shared at the show, but so were the instruments. Wellin performed a song as lead vocalist, Tate played guitar, drummer Michael Hanf also played guitar and pretty much everyone played the maraca at some point. However, the musician that showed the most instrumental diversity was lead female vocalist Charlene Kaye (also known as KAYE). Not only did she embrace her singing role for San Fermin, she played guitar and drums throughout the night.

This past Wednesday night showed us that all eight Brooklyn performers are talented stars alone. When put together into one entity — San Fermin — that doesn’t change. The group doesn’t need a singular frontman or frontwoman, or Ludwig-Leone at center stage. Nor do they need rules on sticking to one instrument. The artists were allowed to explore their passions and expand their talents on stage, all while never neglecting a kick-ass show. Not only did we leave the Bluebird impressed, but also appreciative of the humbling performance we had just witnessed.

All photography Kenneth Coles. Check out our full gallery here. 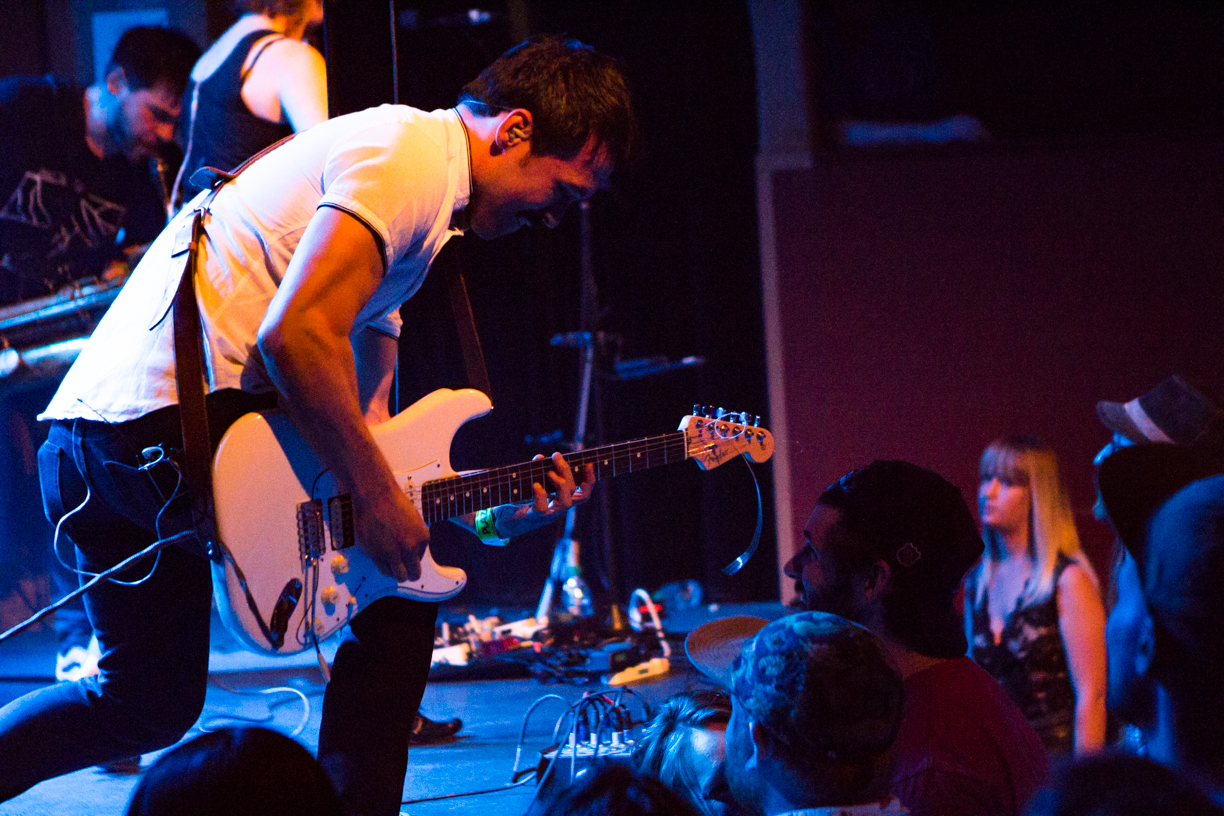