San Fermin is no stranger to Colorado. Last year the Brooklyn baroque-pop band headlined the Underground Music Showcase (UMS), and earlier this year, their previous violinist from Nederland moved back to Colorado to join local bluegrass group Ginny Mules. Nowz Fermin is returning to Denver for a Bluebird Theater show, only months after the release of their third studio album, Belong. Ellis Ludwig-Leone, the mastermind behind San Fermin, is a Yale graduate who was raised in New England. He is now actively progressing his diverse career by writing and composing music in New York City — oh, and propelling San Fermin into stardom. We sat down with Ludwig-Leone to talk about his Colorado ties, San Fermin’s new album and even the musical he’s working on. 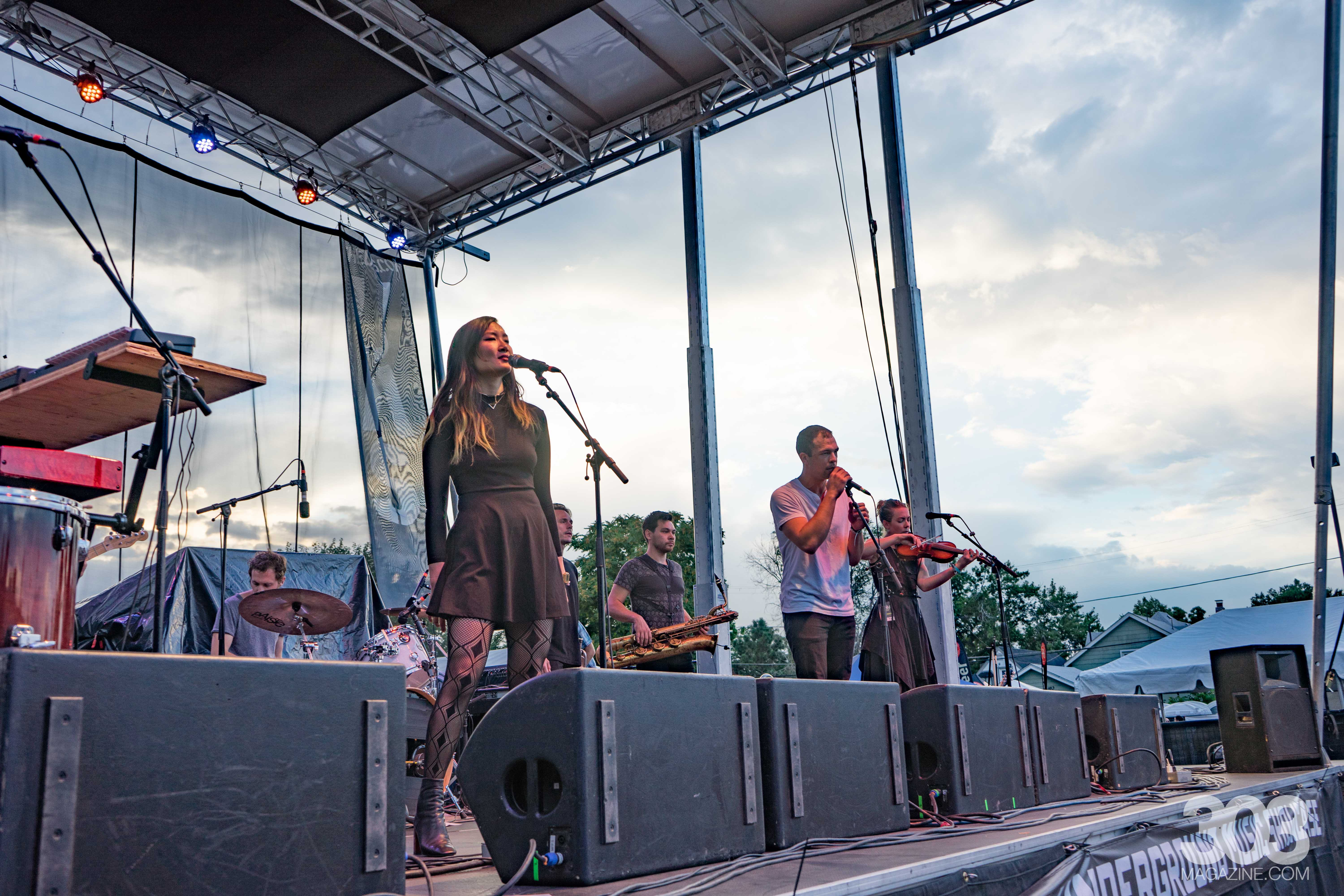 303 Magazine: You’ll be in Colorado for two days. Do you have any plans outside of the shows?

ELL: We have our great friend Rebekah [Durham] who was in the band for three years and lives in Colorado so we’ll hang with her and she’ll probably come to the shows. We’ll maybe go hiking. It’s kind of nice when we don’t have to do much traveling between two shows so we have time to ourselves.

303: We actually interviewed Durham when she left San Fermin and moved back to Colorado. Have you listened to her new Denver group Ginny Mules?

ELL: Yeah! I’ve heard the group – it’s great. It’s so nice to hear her doing bluegrass because when we were on tour she would always warm up with bluegrass. It’s in her blood and I’m glad she’s getting a chance to do it.

303: After Durham left, what changed in terms of the dynamics of the band?

ELL: Well, we’ve been around for four years and she had been with us for the first three so it was a big change. But I think a great [change] for everyone involved. She went back home and is having a good time there and we have a new singer and violinist, Claire Wellin, who is awesome. Everything always changes a bit from tour to tour. It opens up new musical challenges, which has been great all around. 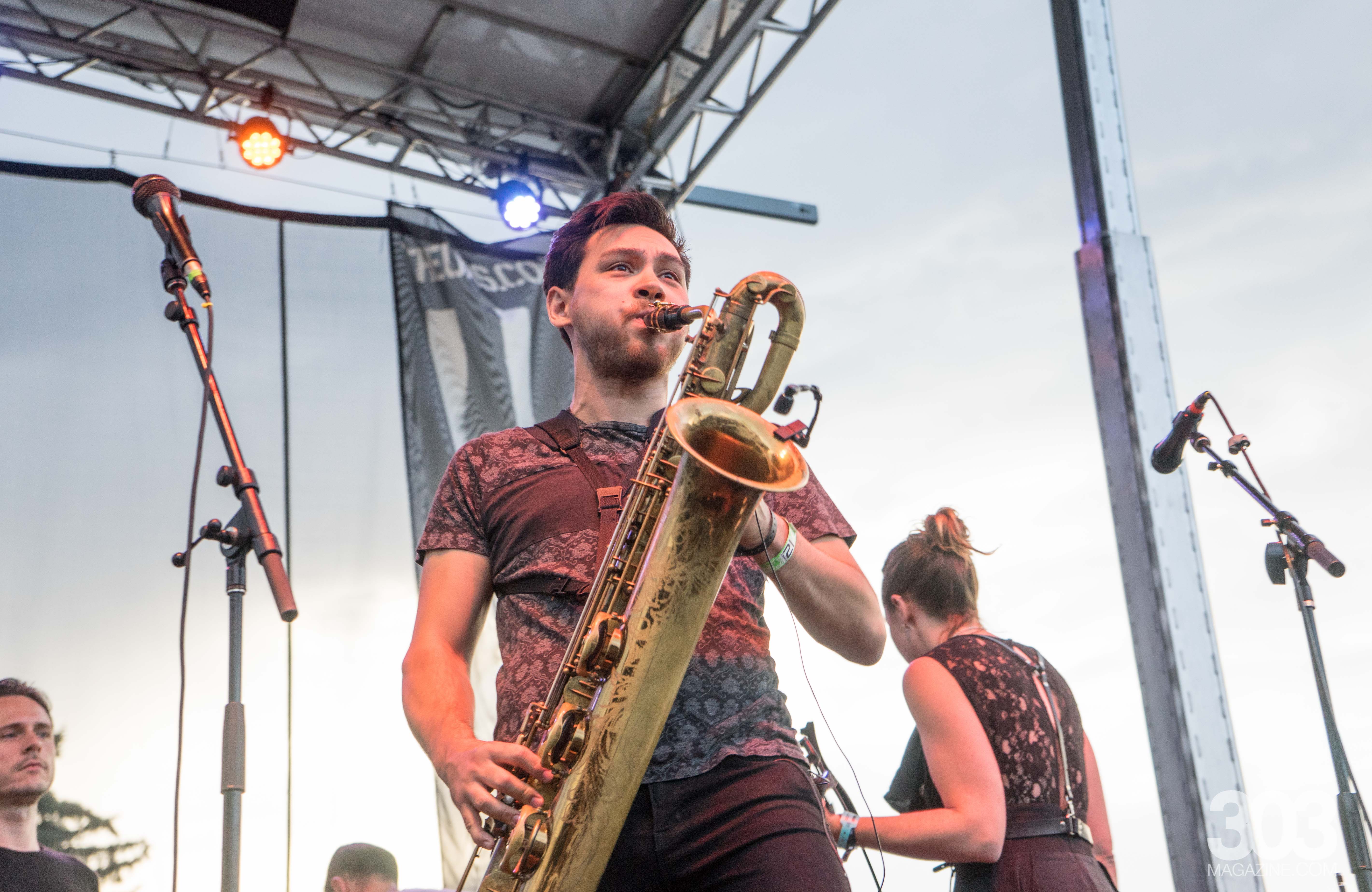 303: You just released “Asleep on the Train,” not long after your third album, Belong. Why so soon?

ELL: It’s a b-side. It’s just one of those songs that didn’t quite make it on the record. But mostly for us, it’s like, ‘Oh, crap, now we have to remember how to play that song’ [laughs].

303: Well the song was a pleasant surprise. Can we expect any more surprises from you soon?

ELL: Yeah, we have another song that I actually just finished writing the other day and we’ll probably record that in the next few months. We’ll have some more stuff coming out down the line but that’s probably it for the next month or so. Maybe in the winter, you’ll hear from us again.

ELL: [laughs] Yeah! The musical has been in development, which has been really fun. We did a big workshop for it this past August. I guess I had never really seen myself in that world and I don’t have much experience doing that kind of thing but it’s opened up a whole ‘nother aspect of the music world.

303: Now that Belong is out, in hindsight, what are you most proud of and what do you wish you had done differently?

ELL: I listened to the record again for the first time, really since it came out, a couple weeks ago. I think in terms of the things that I’m proud of – the first seven songs feel really solid for me. I like that there’s a good flow. I’m pleased with the different textures — it’s like more of a lush landscape with vocal textures and electronic things and I’m glad I made that music. Things I wish we had done [differently] — there are a couple songs on there I guess I would be just as okay if they weren’t included but it’s better to put more on the album than less. I also think that now it’s so different from even a couple years ago when we put out our first record — like in terms of rollout strategy. Now, it’s all about pushing songs to Spotify and stuff. There’s always hindsight 20/20 in terms of like, ‘We could have spent more time on this song.’ For the most part I feel pretty good about it and certainly, there are some fun songs to play live. At this point that’s what I’m concerned about is having to play them hundreds of times [laughs].

303: Well luckily you’ll be in Denver towards the beginning of your tour.

ELL: Yeah, one thing I’m really proud of is that the band has never done it better. I think we’ve got a really solid live show now, which I’m proud to take on tour.

San Fermin will be performing at the Bluebird Theater this Wednesday, September 20. Tickets are available here.