What is Biennial of the Americas and Why You Should Go

For the fourth time, Denver will host the Biennial of the Americas (biennial means every other year) this upcoming week. This international festival brings together over 20 countries through leaders in culture, art and business, to explore and discuss how to improve ties between countries in the Western Hemisphere. Created in 2010 by then-Denver-mayor John Hickenlooper, the event is more focused on the humanities side of business than the economic or political, though the latter two categories are inevitability entrenched. Citizens can experience the innovative approaches to problem-solving and creativity that influential people from all over the Americas have acted upon by attending some of the events the Biennial facilitates in Denver. But also, much of the programming organized behind the Biennial is about walking away with a bigger capacity to embrace, respect and learn from other cultures in the western hemisphere. This year’s Biennial will highlight three main topics: Innovative Americas, Civic Americas and Sustainable Americas. Through the foundation of these topics, thought-leaders will brainstorm ways to drive progress and positive change while strengthening global relationships.

Read: Biennial of the Americas Releases Schedule of Speakers

Don’t expect the Biennial to be a dull business conference. There will be panels that mimic the style of a leadership conference, or perhaps a TED Talk, but the Biennial also highlights local institutions that help forward the thought-leadership in culture and the arts. With dance performances, art exhibitions, lunch sessions with keynote speakers and concerts, the four-day long event will be both exciting and educational. On Wednesday, Thursday and Friday, events are planned to start at 10 a.m. and run throughout the day, and any event that is part of the Biennial — and not organized in collaboration with the event — will take place at one of five locations: Born Hotel, McNichols Building, Ellie Caulkins Opera House, Denver Art Museum and Denver Rock Drill. Some of the other participating venues that will be showcasing collaborations for the Biennials are: Museum of Contemporary Art, RedLine, Museo De Las Americas and the Denver Museum of Nature & Science.

Without having the title of an “influential leader,” anyone can attend and participate in the Biennial. For the 2015 Biennial, there were over 25,000 attendees. Most of the events require a ticket purchase, varying in cost. It might be nearly impossible to see and partake in every event in the festival, so we have outlined a handful of options that should provide a well-rounded experience. For a full schedule of events, visit this page

Mayors of the Americas Symposium 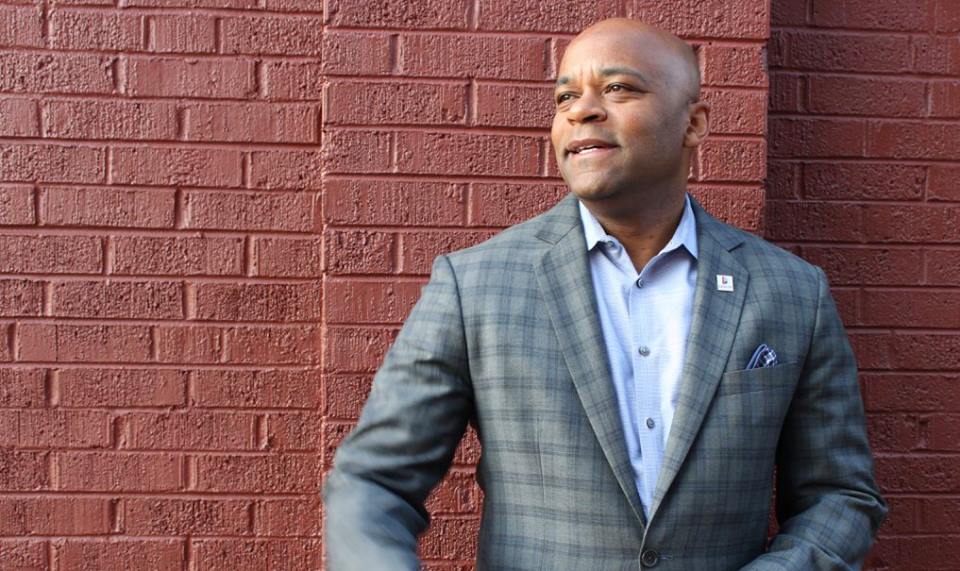 Mayor Hancock. Photo courtesy of Biennial of the Americas on Facebook

The Lowdown: This symposium brings together Denver’s Mayor Hancock and Medellín, Colombia’s Mayor Gutiérrez to discuss — with the help of a moderator — the 21st century challenges urban areas face. Mayors can have a large influence on many issues and often have more immediate responsibility than other elected officials. Some of the topics they often deal with are trade, immigration, culture, arts and urban planning. Especially with the current upheaval of sanctuary cities in the United States, where mayors and other elected officials are having to make very serious decisions that will affect thousands of people, this kind of open-format panel discussion can illuminate the complexity of such situations. What makes this more interesting than any average speech from Mayor Hancock is the addition of the Mayor of Medellín, to witness what issues are shared between cities and what insight or advice each mayor can take back to help improve their respective communities.

The Lowdown: Pedrito Martinez is an Afro-Cuban percussionist, and he and his band will be making a one-night stop in Denver to celebrate the Biennial with a concert presented by DU’s Newman Center for the Performing Arts. The Pedrito Martinez Group received a Grammy nod for their first album in 2013 and just last year their album was named the number one Latin Jazz Album by NPR’s Jazz Critics. An upbeat, rhythmic and contagious sound mixed with Latin-styled vocals, and all topped off by the charismatic presence and leadership of Pedrito Martinez. This is a chance to experience an energetic performance while hearing a style of music that doesn’t frequently find its way to Denver’s venues. 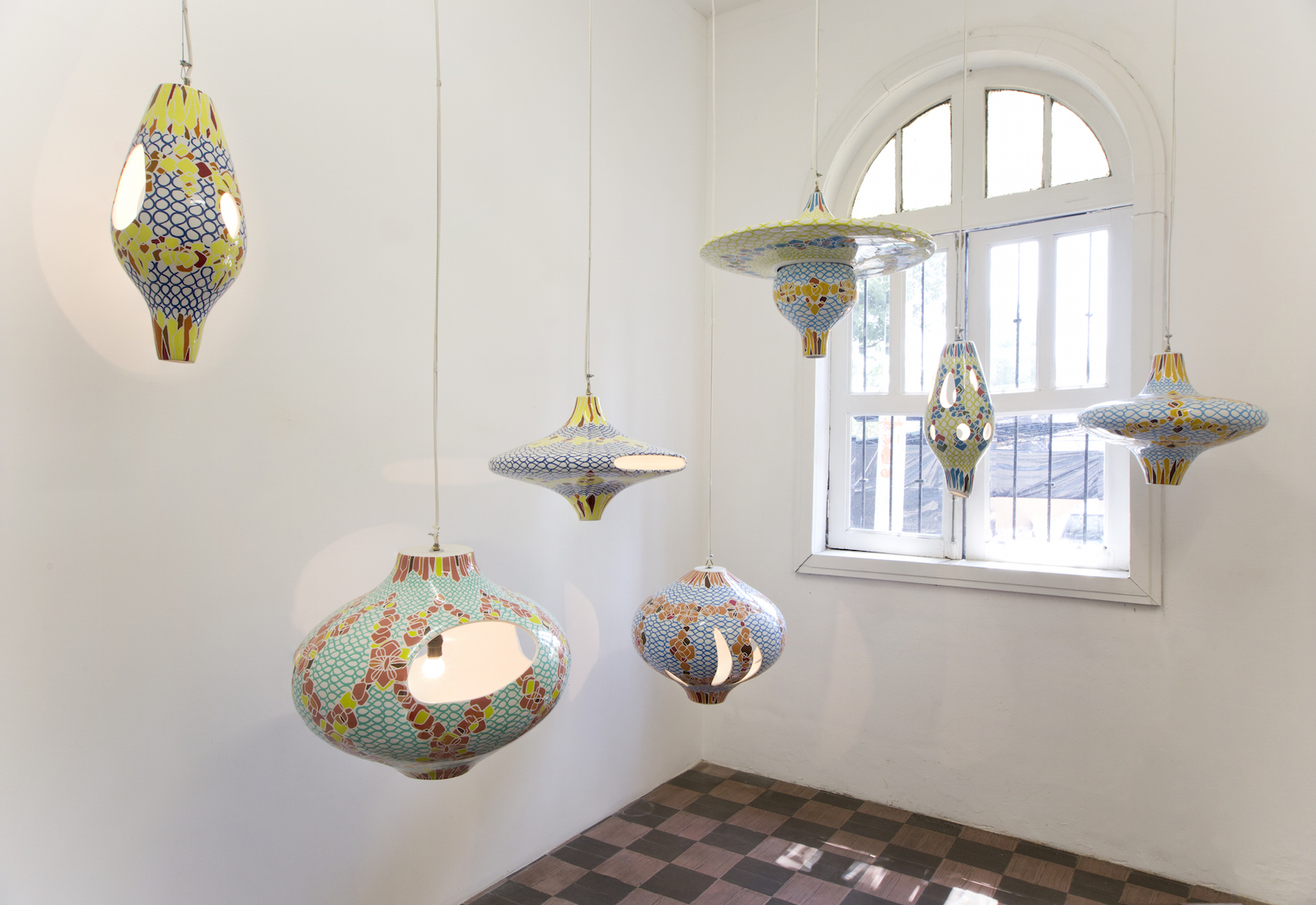 The Lowdown: In conjunction with the Biennial celebration of culture, ideas and art from different regions of the Americas, MCA Denver will exhibit a collection of art from workshops and studios in Jalisco, Mexico. Opening to viewers on Wednesday at 6 p.m. (tickets required), this exhibition will feature over 20 artists who employ traditional, pre-colonial techniques with contemporary flares and practices. Some of the work is a result of collaboration between artists who work with different mediums — potters, jewelry-makers, printmakers, blacksmiths — while other work is historical. The exhibition spans from 1915 to present day, and is the principle art exhibition behind the Biennials of the Americas.

Celebration of Pan-African Culture in the Americas 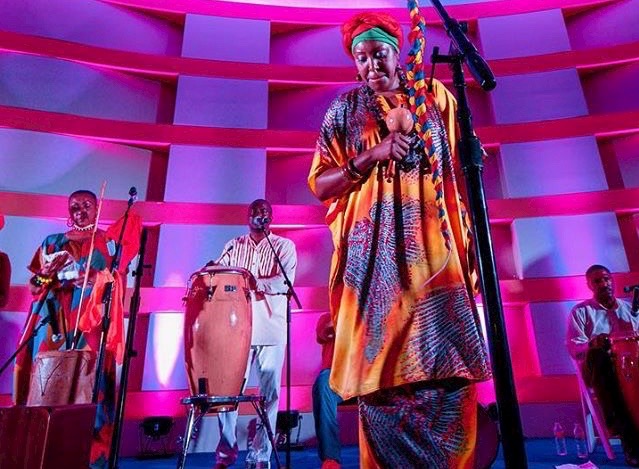 The Lowdown: This is part of the Black Americas Project, which “explores the influence of the African Diaspora in the Americas through arts, civic and cultural engagement through year-round programming offered by an array of experts from across the country in Denver,” according to their website. The goal of this portion of the Biennial is to have members of the community gain a better understanding of the African Diaspora and what it means to them personally, but also what it means to others in the Americas. The concert on Wednesday, as part of the Celebration of Pan-African Culture in the Americas, presents Afro-Venezuelan musician Betsayda Machado and La Parranda El Chavo. These musicians are known for the contagious percussion and soulful voice ensemble. Machado is known as “The Black Voice of Barlovent,” leading a particular music genre in Venezuela. The celebration will also feature El Chingon’s chef David Lopez preparing small appetizers that lead guests on a trip down the coast, from America to Brazil. 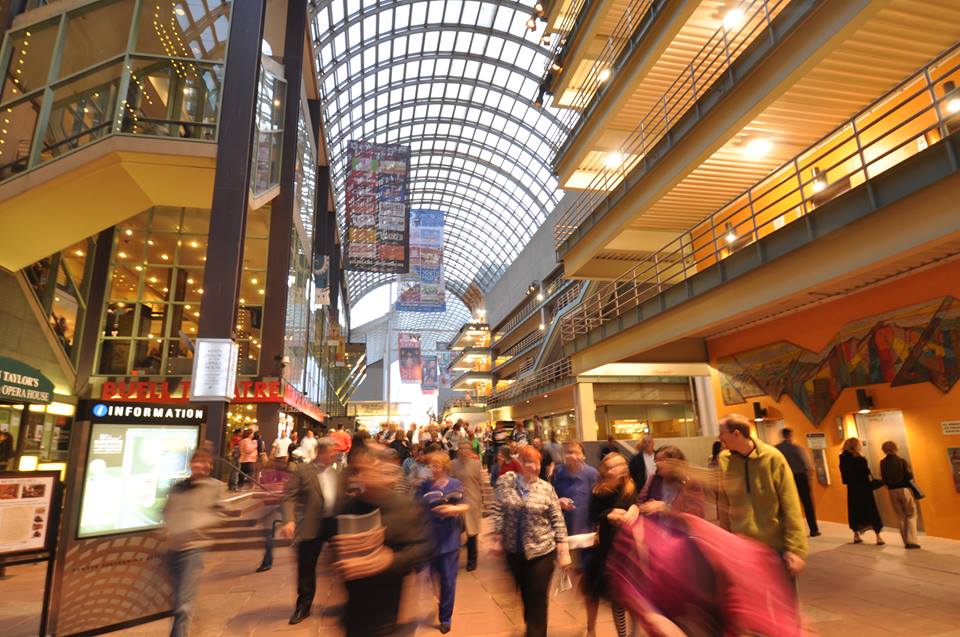 The Lowdown: Much like the Mayors Symposium (described above), this symposium will feature speakers who can have lively discussions, while a moderator applies useful themes and interferes if necessary to keep the talk interesting or diffuse tensions. The Americas Symposium will be the headlining event on Thursday — the day dedicated to civic topics — and will present a star-studded and productive panel of speakers. Split into two sections, the symposium will look at artists making a difference and innovators driving progress. Artists that will be speaking are Pulitzer-Prize winning author Dave Eggers (Heartbreaking Work of Staggering Genius, The Circle), Isaac Slade of the Denver-music group The Fray and metalworker Juan Martinez. Innovators who will be speaking include Reid Hoffman, the CEO and co-founder of LinkedIn, Ashley Bell, the associate director of Peace Corps and Elizabeth Alexander, the director of creativity and free expression at the Ford Foundation. 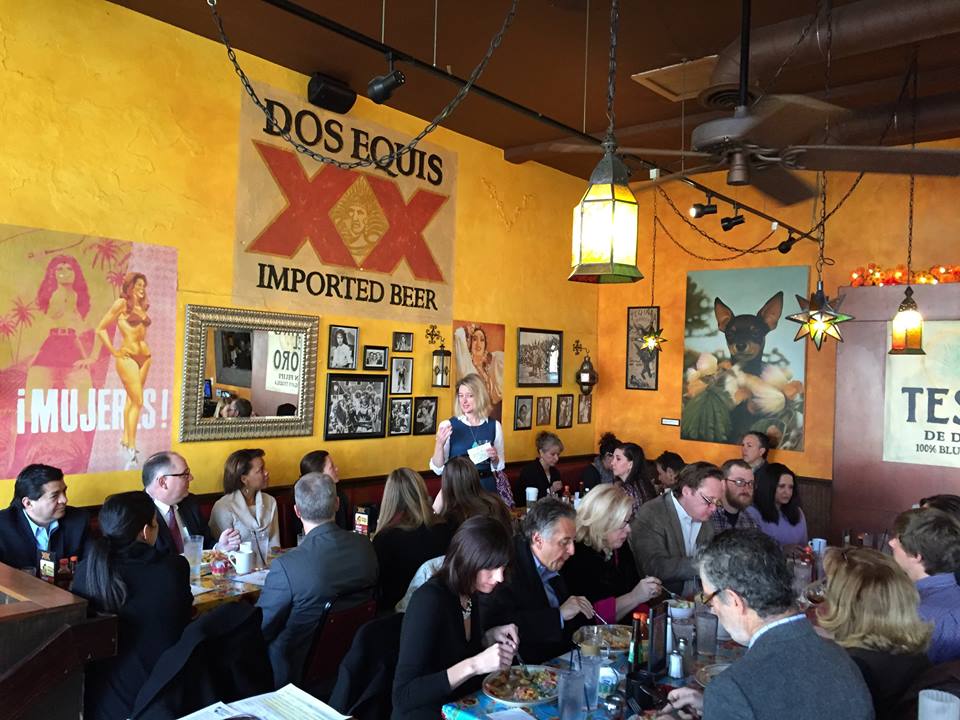 Photo courtesy of Biennial of the Americas on Facebook

The Lowdown: The Lunch & Learn series is a chance for everyday citizens to have an opportunity to feel more comfortable talking to leaders in a particular field. For this Lunch & Learn, sit down with Tom Vilsack — former US Secretary of Agriculture — while discussing water sustainability. Vilsack now works with Colorado State University and Denver Water as a Strategic Adviser of Food & Water Initiatives at the National Western Center and as Global Chair for the International Board of Counselors on Food & Water Initiatives. His expertise and experience proved noteworthy during his eight years as Secretary of Agriculture, as he was the longest serving member of President Barack Obama’s cabinet. Water sustainability is a pressing topic for Coloradans and people living in the western part of the States and would be an even more timely topic to discuss in the wake and midst of forest fires raging on the west coast. 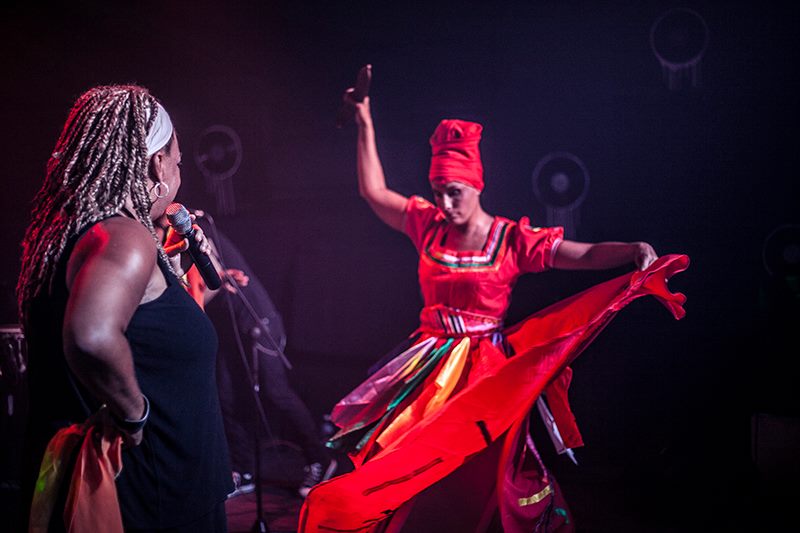 The Lowdown: This will be the first time that Fábrica de Arte Cubana (FAC) will appear in the United States. Fábrica de Arte Cubana is a multi-disciplinary art and entertainment space in Havana, Cuba. The HAVANA NIGHTS concert is created and curated by Equis Alfonso — a Cuban rocker, rapper and filmmaker — and will feature performances and exhibitions of dance, music and visual arts. Along with Alfonso in attendance, there will be performances by Cuba’s Acosta Danza, Denver’s Cleo Robinson Dance group, DJ Jigüe and digital art by Denver’s Supernova. 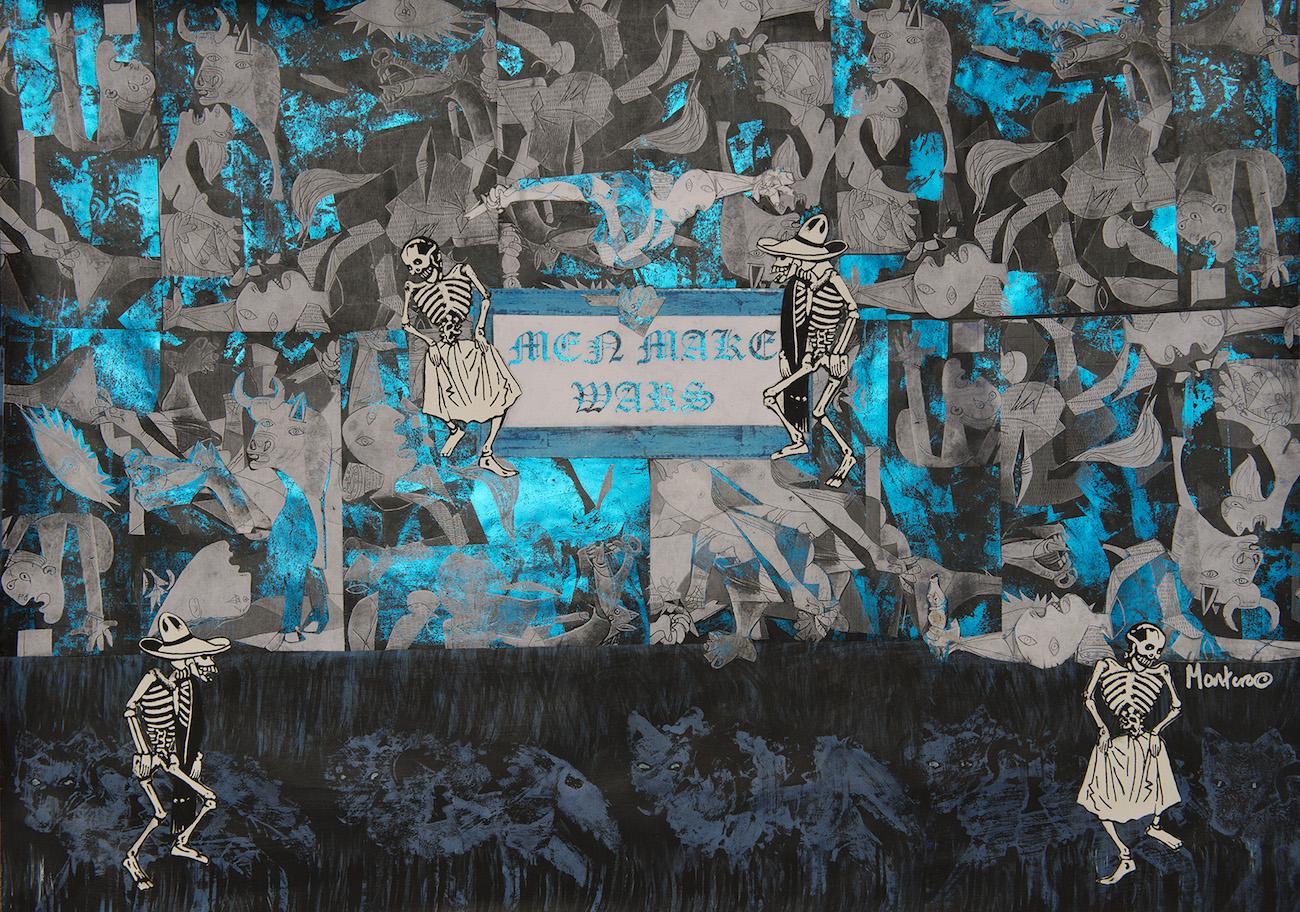 The Lowdown: This art exhibition will showcase work from 14 Chicano (Mexican-American), Argentine, Chilean, Colombian, Mexican and Colorado-based artists who have been affected by immigration and borders. On view from September 15 through October 13, the opening reception on Saturday, September 16 will give viewers the opportunity to visit with the artists and curator, as well as the Consulate General of Canada in Denver. The Consulate General will discuss their role in immigration issues related to North America, in the hopes of framing the art in a political and social justice context. The Art Students League of Denver (ASLD) will present this exhibition, and Rachel Basye, executive director of ASLD said, “[We] provide exhibitions to examine current trends and issues in our local and global community. The artworks featured in Border: Both Sides Now reflect the lived experiences of artists whose family, friends and community members have been impacted by borders. We hope this art inspires conversation and encourages broader understanding of a complex and timely issue.”