It has been a great summer of music in Denver, but a good old fashioned brass party is still in need. Leave it to famed hornist Trombone Shorty to bring it to us. The legendary performer will be blasting Red Rocks with his decades of experience next week on August 16, and it will be a historic event of epic proportions.

We at 303 Magazine got to talk to Trombone Shorty about his latest project and why he is so excited to give the Mile High City everything he has. Having been an opener at the venue several times, this will be the musicians first headlining experience. With his recent release of Parking Lot Symphony, there should be plenty to get down to. 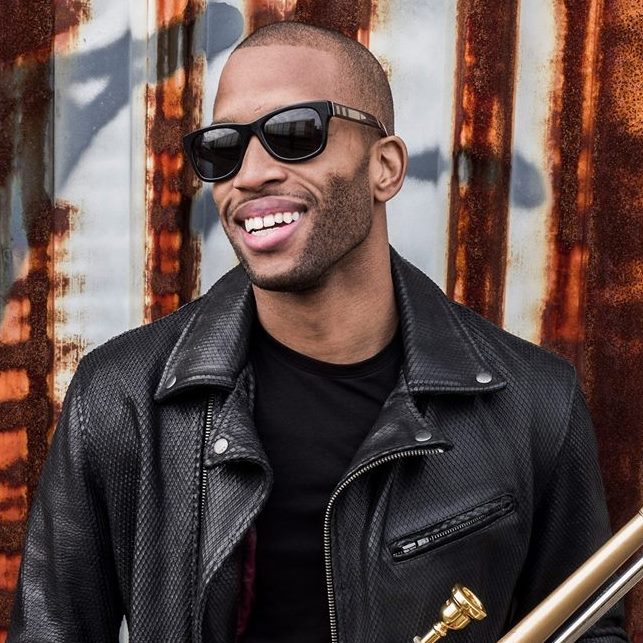 303 Magazine: It’s pretty hot in Denver today, but I am sure it is nothing like Louisiana or anywhere in the South. Where are you and how’s the heat?

Trombone Shorty: I just got in from Europe last night and it is steamin’ hot in New Orleans.

303: Do you think your career would have been different if you hadn’t grown up there?

TS: Absolutely. If it hadn’t been for this city, I don’t think I would have a career in music. Music has been surrounding me for my entire life. As you may know, this might be the only city where the brass instruments are more popular than guitar or drums. The brass is king here. I have been given a great gift by living here.

303: What do you think your life would be like if you had grown up in say… Denver?

TS: I’d probably be into snowboarding of stuff like that. I might be into different music and a different scene. Whenever I get to travel I try to find out things that only happen in certain cities. I try to learn a bit about it and have it influence my music.

TS: The only thing in Denver is that I can’t breathe when I’m playing. I do a have a friend, Joe King from The Fray, and we hang out sometimes. Whenever I’m in town we’ll go sit and talk or go get food and just hang out.

303: You grew up in a musical family and started performing at a shockingly early age. Do you have a specific memory of your family that stands out as being more influential than others?

TS: I have to give all of that credit to my older brother, James Andrews. He had lot of influence from my grandfather Jessie Hill. When I was younger he passed away, so a lot of his influence has come to be from my brother. Every moment of my life especially has been a collective effort from the city and my family that I never went a day without playing music or traveling somewhere. All of those moments have been very special to me.

303: Between growing up in NOLA and your family, do you think you even had a say in where life would take you?

TS: Nope. [Laughs] I didn’t have a choice. I think the city is so magical. When people talk to you — the way they say your name — they have a note to it. Like singing a song. It is so musical.

303: Denver, NOLA, wherever, your career has been very impressive. Your new project Parking Lot Symphony has been greeted with positive reviews. As someone who is known for live performances, what is your process for creating a studio album?

TS: New Orleans musicians play live first and put it on the studio album second. What’s difficult for a lot of us from New Orleans is that we want to transfer that live aspect to the album. What I try to do is capture both sides. I try to put as much raw energy as we can and hope to have it be understood by people who have never seen us live. I’ve spent a lot of time and I’m still studying — the great Quincy Jones, Prince, Stevie Wonder, Nine Inch Nails — and just put myself in different styles of music and work with people outside of New Orleans. I try to learn as much as I can and try to make it work with my music.

303: What is different about playing in Denver in comparison to other cities?

TS: We’ve played all over and I think Denver is a very musical city in a different way than New Orleans. I think we’re creating the music, but people really appreciate music there. They don’t take it for granted and they allow us, as long as they can dance, to take them anywhere on a musical journey. From the first time I ever played a note there, I connected with the audience and it’s been one of my favorite places to play.

TS: You know, I’ve played at the Red Rocks a few times. There was one time we played and at the end of our second song, the power went out. I had my horn players come up to the front of the stage and we played acoustically to a sold out house at Red Rocks for about three minutes. That’s one of my favorite memories there.

303: Your performance at Red Rocks in August is surely going to be a hootenanny, and we are very excited to have you. What are you most excited for about the show?

TS: Well, what I’m really excited about is that we’ve been coming to Colorado for a while, and to finally headline Red Rocks is a big dream come true for us. To be able to be the main act is a goal we have had for several years. It is a big accomplishment.

303: Can you tell us about any tricks up your sleeve or what we can expect?

TS: You know, normally the tricks happen on stage. Other than that, it’s just going to be a big New Orleans party up in Red Rocks. We are coming to deliver it.

Tickets for the August 16 performance can be found here.