We Tried It – Chipotle’s First Queso

For the first time since opening in Colorado in 1993, Chipotle released its own take on queso. The team is market testing it in every Colorado location as well as a few in Southern California and one in New York City.

“We’ve tested different recipes over the years, and the problem was figuring out a way to do it that would be delicious but still in line with our ‘food with integrity’ mission,” Chipotle Communications and PR Manager Quinn Kelsey explained.

The menu development team experimented with different cheeses and starches and arrived on a combination based on pasture-raised cheddar cheese, jalapeno peppers, tomatillos, spices and more. Kelsey explained the real challenge was finding a combination that maintained traditional queso texture while leaving out flavors, colors, gums and preservatives that one would find in most other quesos. They eventually landed on tapioca starch — it helps keep the mixture thin enough for dipping without adding any unwanted preservatives. 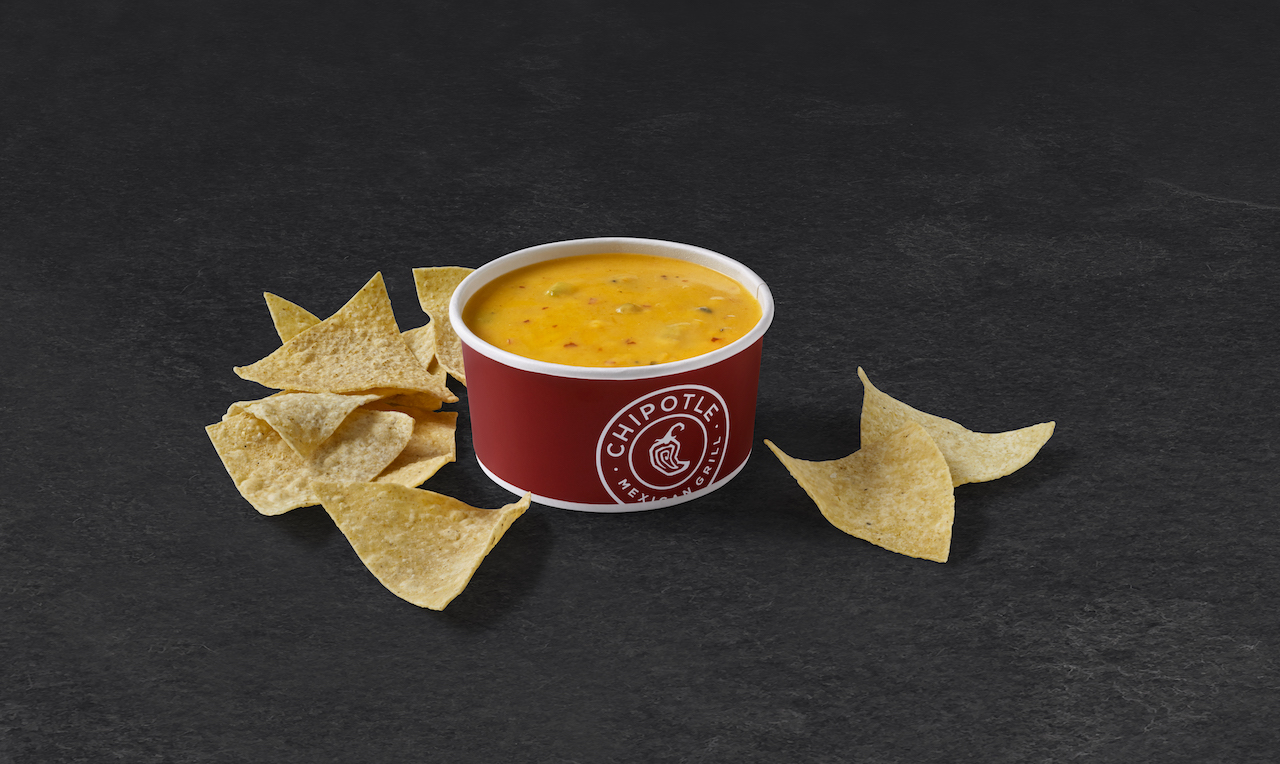 We got our hands on a bowl of the queso yesterday, and Kelsey is right — it definitely has a thicker texture than a traditional queso, with a thickness and taste similar to beer cheese. It has a dark orange hue and solid tang from the cheddar cheese, and a hefty amount of spice for a house queso that comes from the various peppers in the mix.

While it was good with chips, our favorite way to eat it was poured over something else — a bowl, a burrito or tacos. It’s thicker texture makes for a nice topping and binding agent for several menu items.

The queso is $1.25 to add on top of an entree, $2.05 for a 4-ounce side portion, $3.45 for a small order of the 4-ounce queso with chips and $5.25 for a large 8-ounce order with chips. They are market testing the flavor across the state and hope to roll it out nationwide once they’ve gathered enough feedback and perfected the recipe to go the distance.