Review – An Evening with Santana Filled Red Rocks to the Brim

A man who needs no opener, Carlos Santana grabbed Red Rocks by the horns with just himself and his band on Monday night. Hopping onto the stage just after eight, the amphitheatre had fans still flowing in well after the kickoff time. The parking lots had overflowed so rapidly that the staff was forced to create a sixth parking lot. Aside from the Upper North, Lower North, Upper South, Lower South and Lower South 2, vehicles were pushed into a field area below the Box Office. Shuttles ran from various ports all over the park and taxis charged $5 per person to receive a cart to the top.

The Transmogrify Tour brought all the Latin heat to Red Rocks that any Carlos Santana lifetime fan could ever want. “Love Makes the World Go Round” set things off, instantly showcasing the talents of the many musicians on stage. After the long jam collapsed, Santana sauntered up to the mic. “Hello!” he said to the jam-packed venue. “Oh-em-gee!” 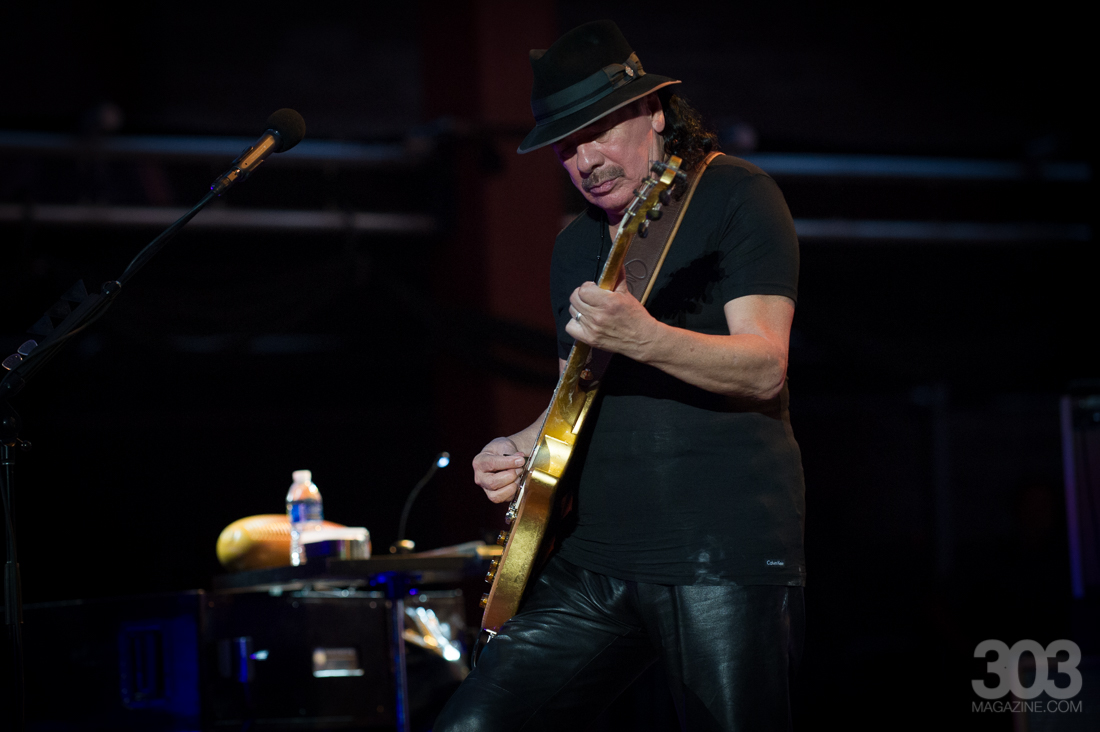 The 1999 hit “Maria” came after and there was not a still body in the house. “Corazón Espinado” was next, which shed light on the impressive amount of Spanish speakers at the show. Halfway through the hit, Santana wandered off stage to allow a young female fan to assist him in his strumming. “Evil Ways” and “A Love Supreme” shook the monoliths next, both to tribal videos projected in the background.

At that time, the man of the night took to the microphone to deliver an inspirational speech that was eagerly greeted by his like-minded fans. Love, politics, religion and philosophy were the theme of his words, complete with him begging the crowd to join him in “illuminating” the good in education and non-violence. It is well known that Santana has long since been a man of charity, and each ticket purchased served a $0.50 donation to his Milagro Foundation, which aims to provide children of the world with access to proper medical and educational outlets. 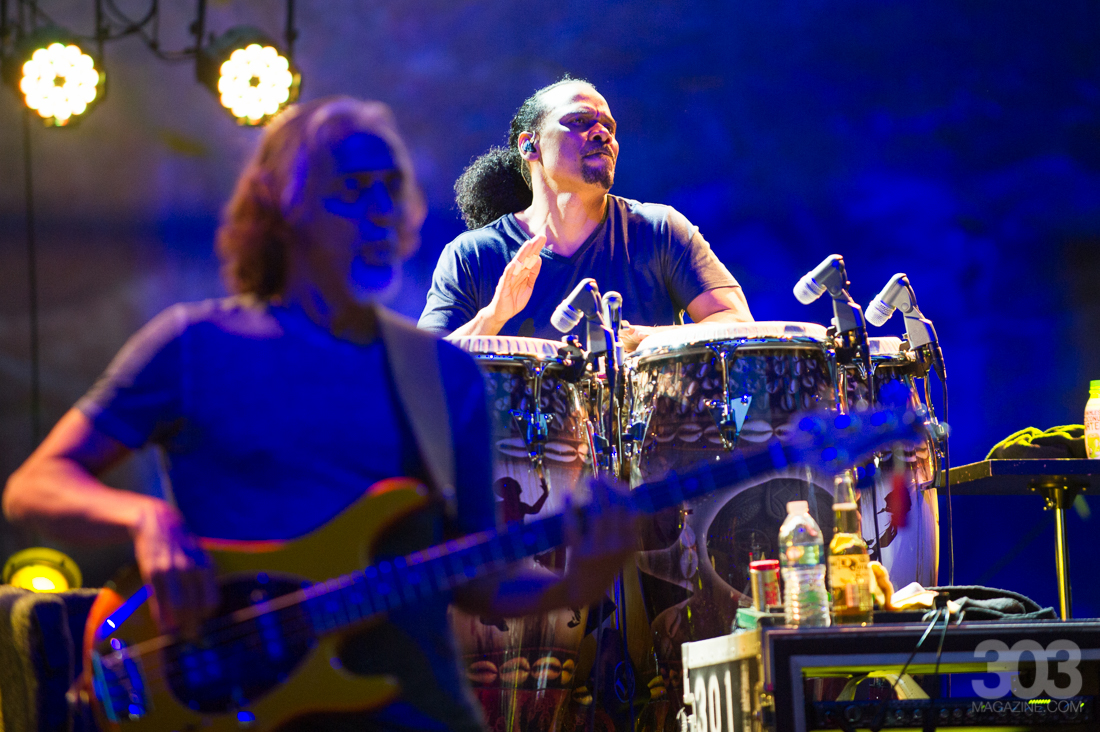 A cover of Stevie Wonder’s “Higher Ground” brought the show back to moving and grooving. “Total Destruction to Your Mind” and “Mona Lisa” were crooned by the eccentric singers before Santana invited a very special guest to the front of the stage: his wife. Now, Cindy was already on stage, seeing as she is one of three drummers in the band. Santana announced that the two have recorded 16 songs together, one of which, “All I Ever Wanted,” they performed. While Cindy’s microphone failed to amplify her voice to its fullest potential, there was no question that it was a voice of talent.

“Black Magic Woman” and “Oye Coma Va” rounded out the set and the group exited the stage, though only for a moment. They returned quickly for a long, rowdy jam, during which Santana gifted a young fan a guitar. Then, all members of the band not performing on drums vacated the scene and the three percussionists took their own solos, ending with Cindy. “Smooth” and a cover of  The Police’s “Roxanne” served as the cherries on top of the spectacular evening with arguably the greatest guitarist alive, at undoubtedly the greatest venue in the world.

All photography by Glenn Ross. Check out our full gallery here. 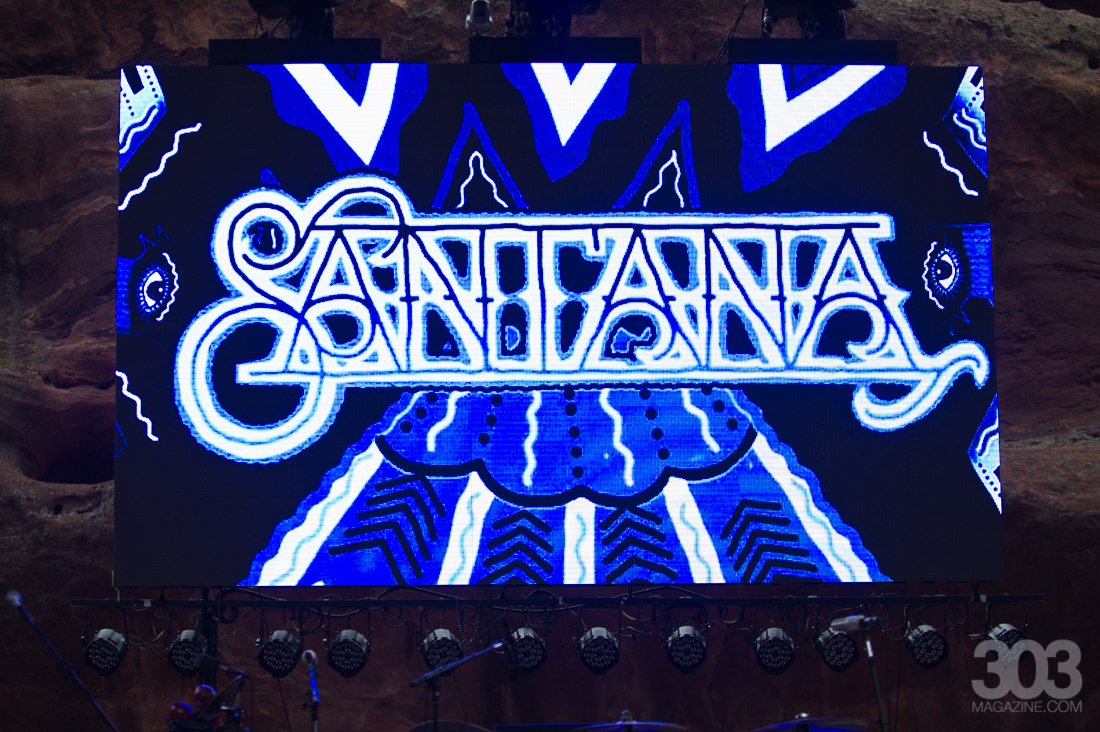