Review – John Mayer Wrote A Book at The Pepsi Center

There are certain concerts you can walk away from knowing that the memories will last. All of your expectations were exceeded, and you would relieve the show in a heartbeat if you could. When John Mayer brought his Search For Everything tour to Denver, he brought with him an extremely memorable show. Mayer took the audience on a melodic story.

The direct support of the evening came from the newly developed Massachusetts pop group, The Night Game. The sonic qualities of arena venues are often times hit-or-miss. Depending on where your seat is or how far up you are, the sound can go from loud and clear to soft and muddy in an instant. Unfortunately for The Night Game, their sound was soft and muddy. Certain elements of the mix stood out too much and buried others. Despite the iffy sound quality, The Night Game delivered some notable songs and catchy hooks. Lead singer Martin Johnson’s vocal abilities were outright fantastic. Johnson’s piercing voice shot right through the mix and was full of passion. All of the vocal work from The Night Game during their set locked in for some impressive moments. Upon wrapping up their set, Johnson spoke very highly of Mayer. 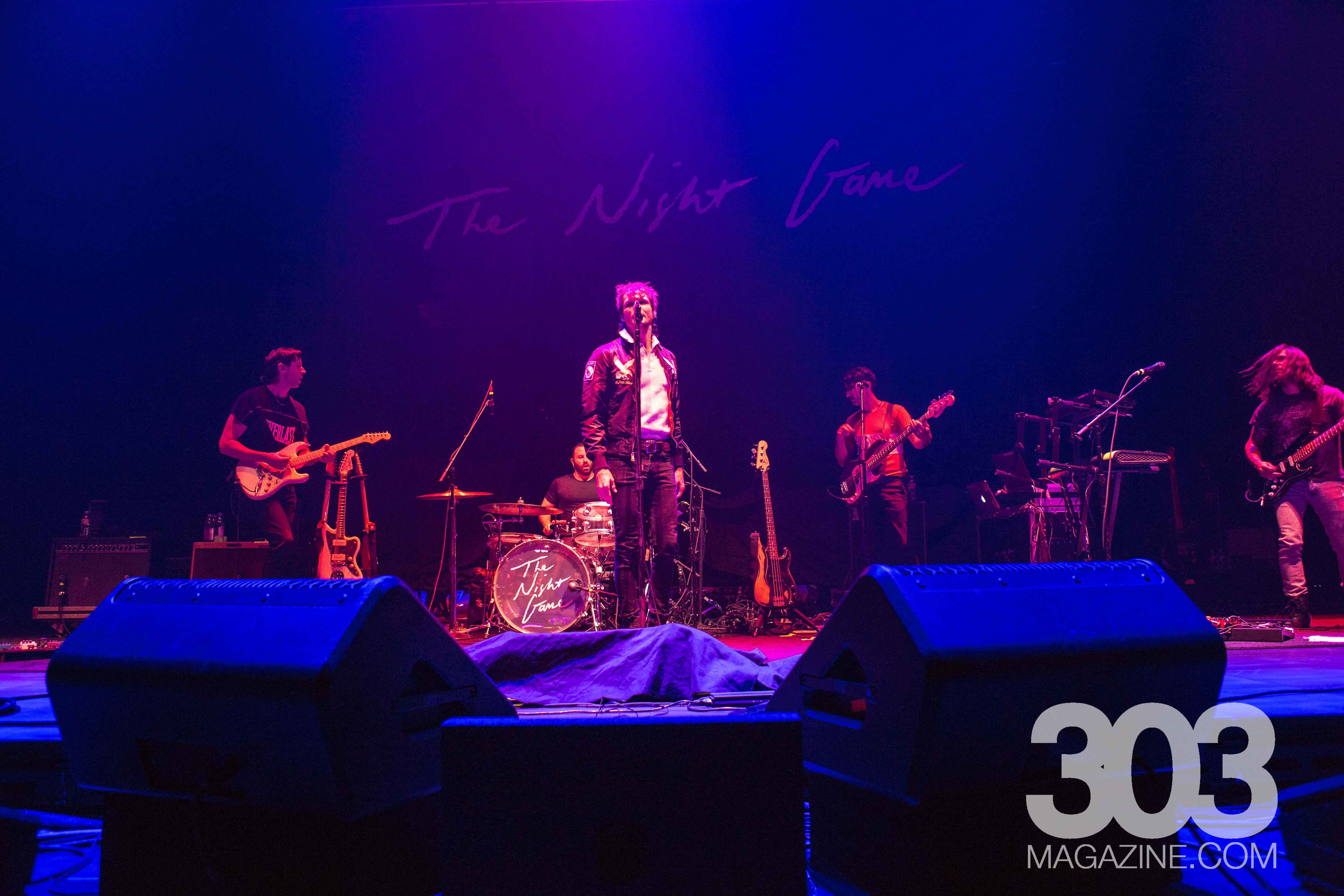 “When you get the chance to open up for a legend like John Mayer, it’s an amazing thing.” –Martin Johnson of The Night Game.

Overall, The Night Game warmed up the audience quite well for the journey ahead. The Pepsi Center cut the lights to let the crowd know it was go time. Only a giant backdrop screen with thin white writing lit the stage. The writing displayed “John Mayer Presents: The Search For Everything Tour” followed by “Chapter One: Full Band.” Mayer and his ensemble hit the stage and had the audience on their feet. The sound was clear, concise, crisp and the energy was contagious. Any great story needs a captivating introduction, and Mayer delivered just that. Mayer’s backing band consisted of incredibly talented musicians who shared a bond on stage. The energy was so high that the drummer kicked a hole through his bass drum head within the first two songs. Seeing an artist connect with the other musicians on stage adds a unique element to any show. The first set included many of Mayer’s tracks from his 2017 release of The Search For Everything along with two songs from his earlier releases. 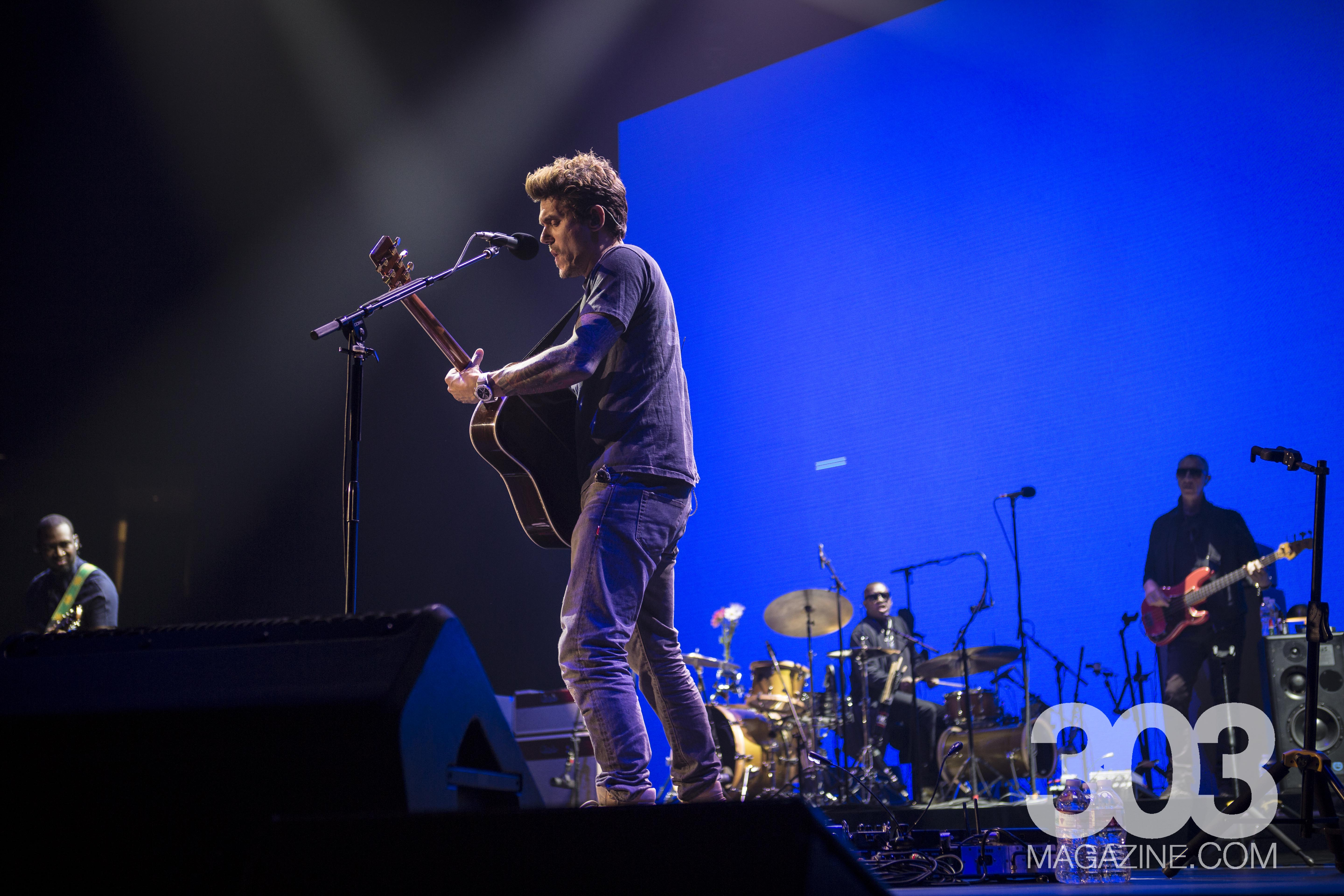 Mayer’s incredible guitar skills can speak for themselves – the dude can solo for hours. His abilities as a solo performer furthered demonstrated his musical diversity. The second set of the night was simple – John Mayer and an acoustic guitar. A prop bridge appeared in the middle of the stage and the giant screen displayed a beautiful backdrop reminiscent of a tranquil garden. Mayer’s banter on stage brought laughter and a sense of comfort to the crowd. It felt like a genuine conversation. Mayer told the story behind one of his most popular tracks, “Your Body Is A Wonderland.”

“I’ve had a weird relationship with this song. I wrote it in earnest and it became a hit, and then it became a punch line and then I forgot about it for awhile, by choice. Something happens to a song that you write. It matures past a certain point, and then it has a certain secondary meaning to it. It’s not just a song about a time and place…it’s a song in a larger time and place about who you were when you were playing it. I think we should all go back to that time to who YOU all were when I was playing it as well.” –John Mayer

Mayer wrapped up his second set with his famous cover of Tom Petty’s “Free Fallin'” and had the crowd singing every word along with him.

This tour holds a special place for Mayer because of the reunion of The John Mayer Trio. Bassist Pino Palladino and legendary drummer Steve Jordan rocked out with Mayer. The trio had an unmatched level of chemistry that could actually be felt. The blues oriented set featured the trio’s hit song “Who Did You Think I Was,” “Good Love Is On The Way” and finished with “Vultures.” It isn’t hard to see that beyond the pop songs, Mayer is a blues guitar player at heart. The trio’s last reunion was in 2015 after a five-year gap. Raw talent and powerful sound came together and made the third chapter in this story a rare experience. 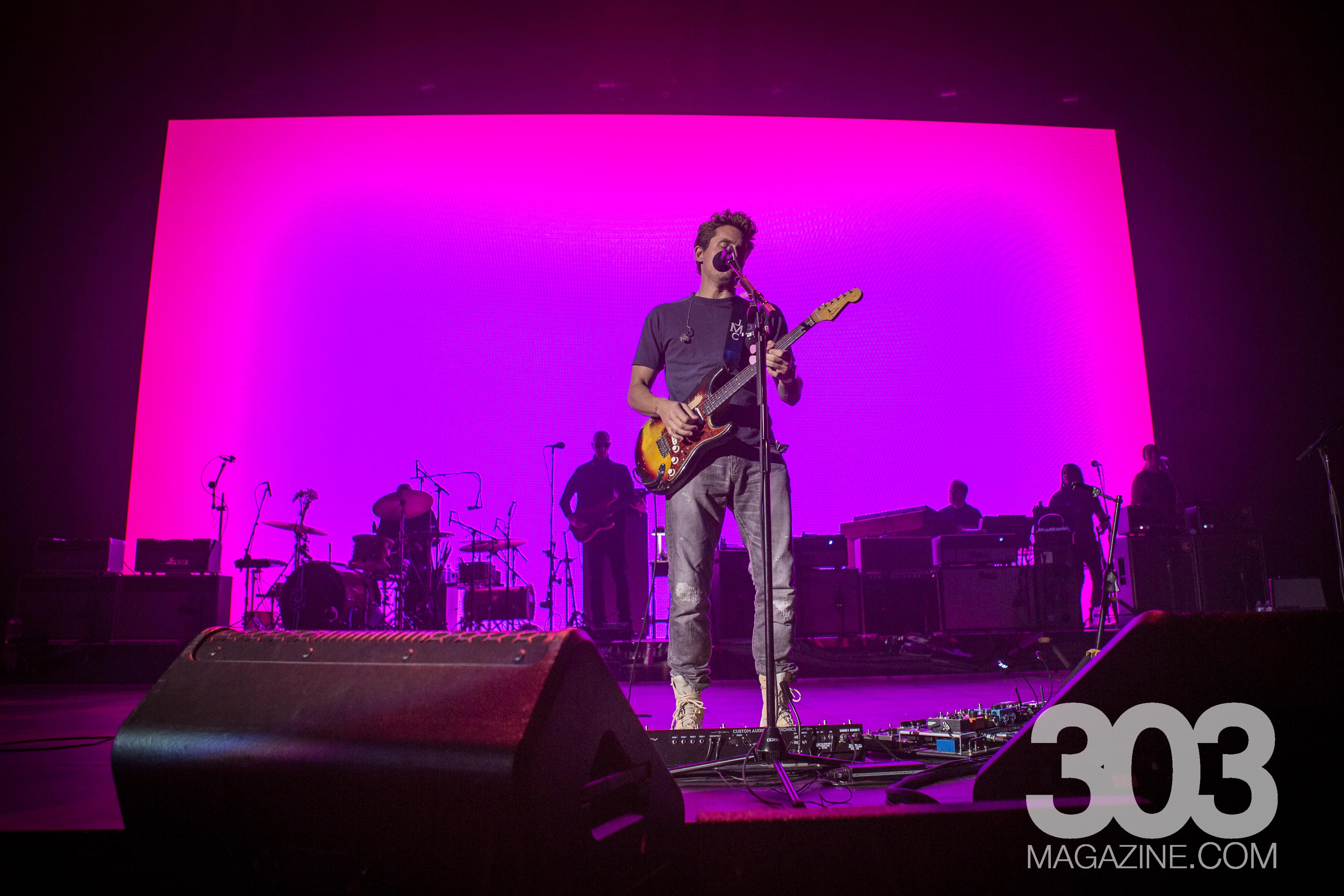 The full band returned to the stage for the home stretch of the show. The energy of the Pepsi Center kept up through the whole performance and showed no signs of slowing down. The fourth chapter in Mayer’s story represented his older songs such as “Slow Dancing In A Burning Room” and “Gravity.” Mayer displayed his ability to match and even exceed the musical quality of his studio recordings while performing live. His unique voice melted the hearts of nearly everyone in the arena during “Gravity.” Mayer took the time to compliment the Mile High City, calling it one of his favorite cities in the country. According to him, this tour stop was his third time in Denver in the last few months. The crowd demanded an encore and Mayer delivered not one but two songs for the hungry crowd.

Just when the audience thought the show was over, the thin white writing appeared on the back drop once more reminding us that an ending had yet to be written. The screen turned white, and Mayer appeared alone with a white piano. The beautiful final song acted as a perfect ending to a lovely story. “You’re Gonna Live Forever In Me” was Mayer’s final sentence in the book he wrote for us that night. 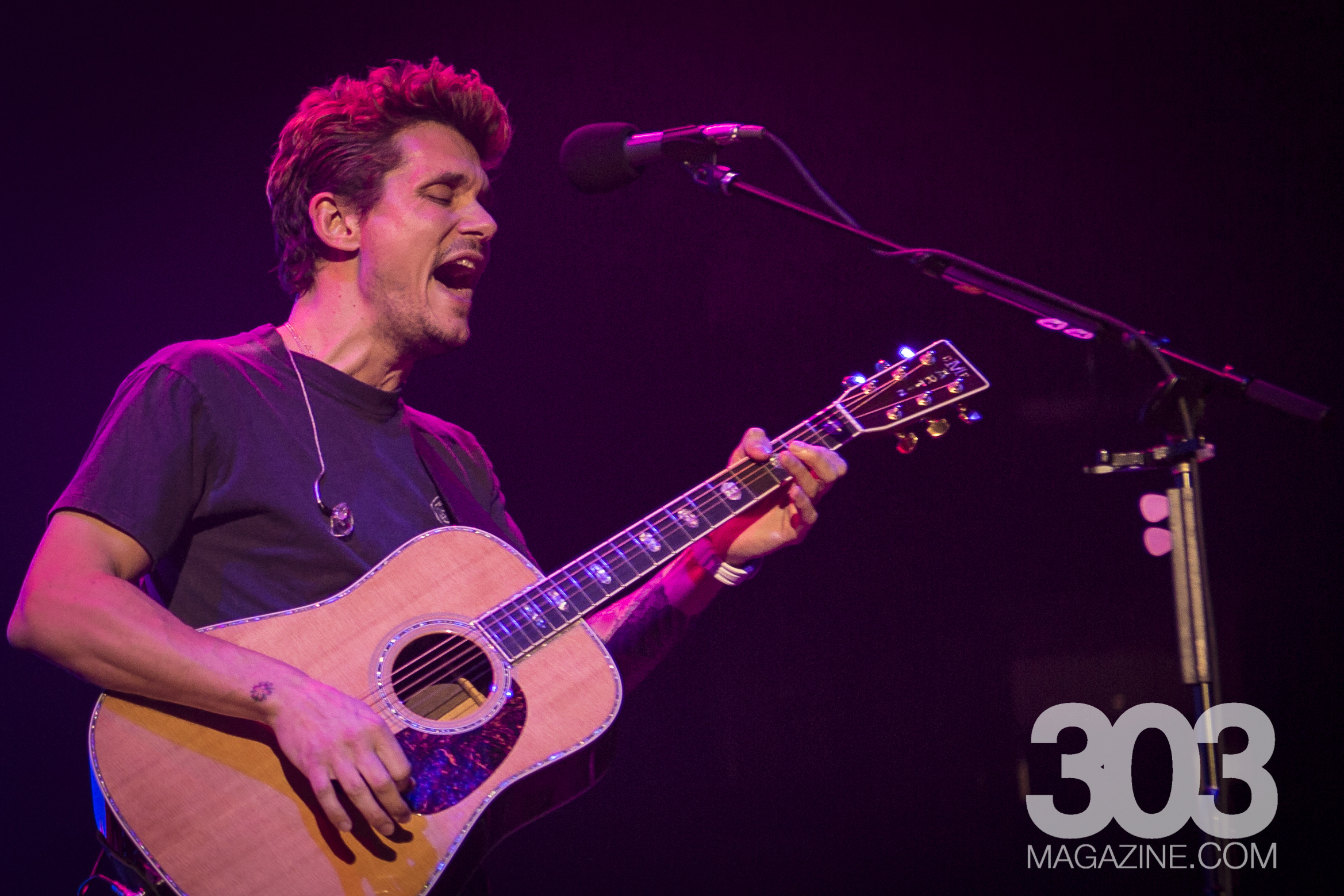