This week, it’s all about the red, white and blue with fireworks, parades plus a couple other fun things Denver has up its sleeve. This includes everything from art galleries, to comedians, to yoga. Catch a mix of pro-wrestlers and comedians at Lucha Libre & Laughs, watch a performance of the history of drag, or see Sonder, a theatrical dance performance. Be sure to try whatever sticks out to you for a fun week and have a happy Independence Day. 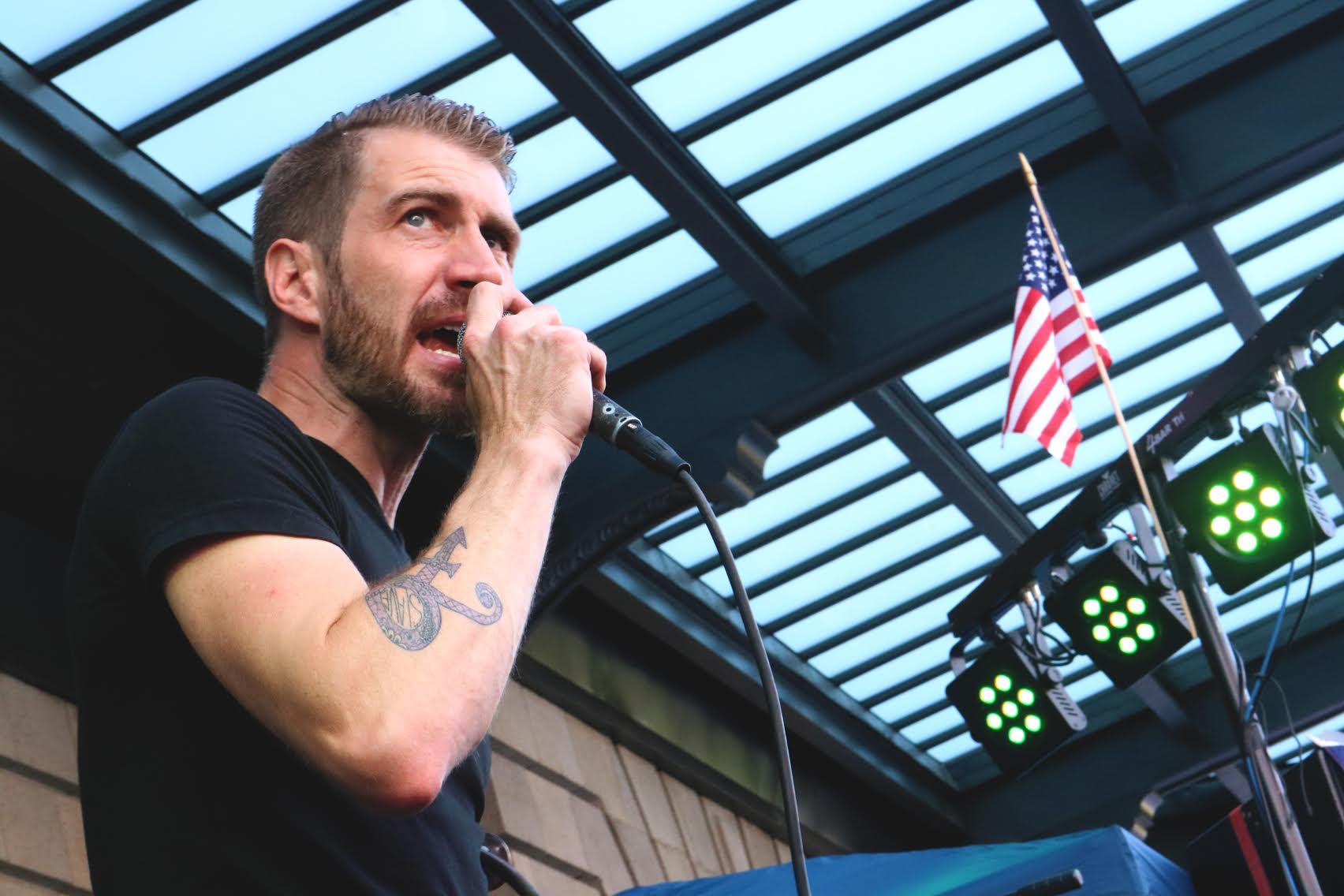 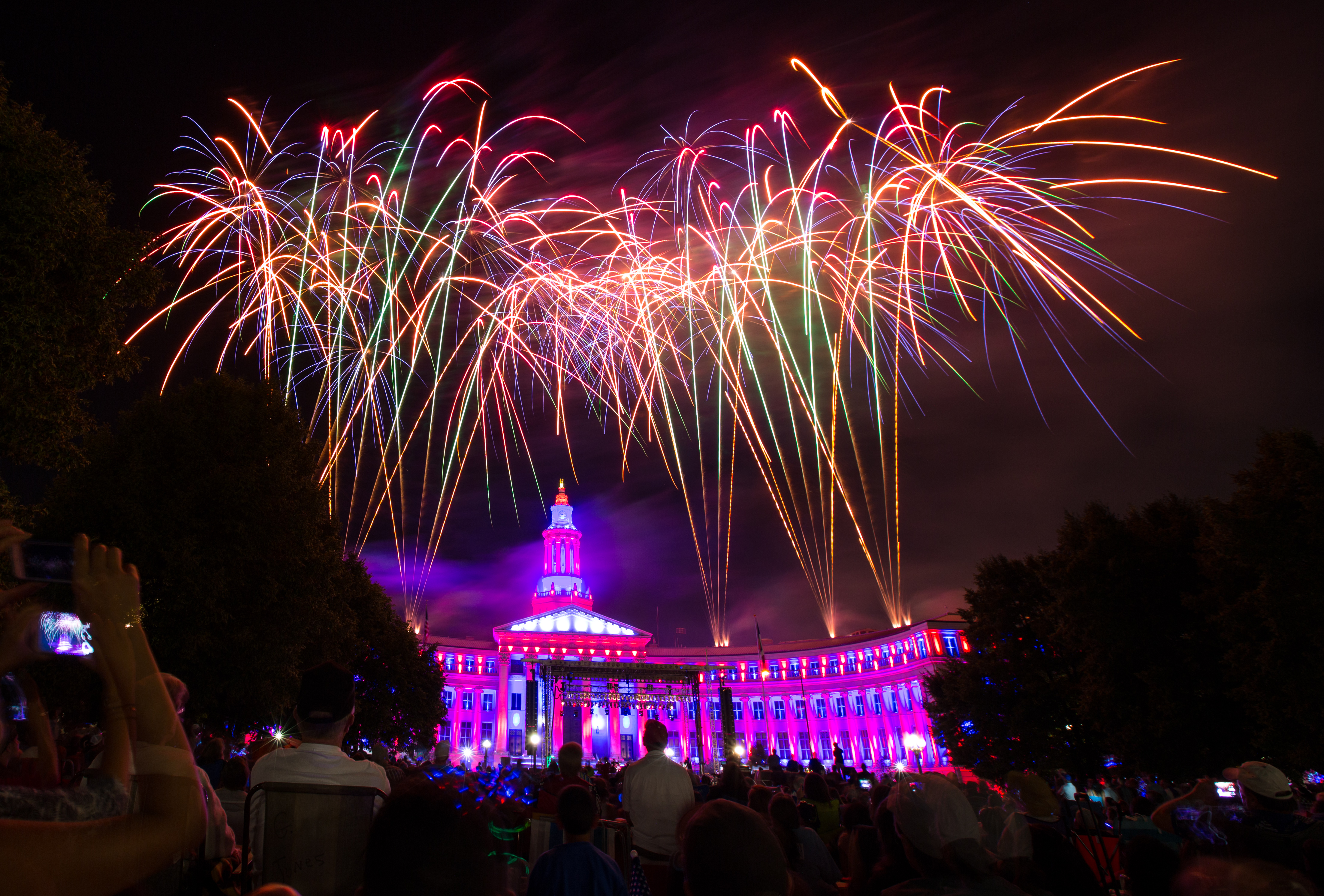 The Lowdown: This annual Fourth of July tradition is not to be missed. Camp out at Civic Center Park or nearby and watch a patriotic concert and light show on the Denver City and County Building. Next up are the fireworks. You can grab something to munch on on-site, or pack your own picnic and watch the show on the grass.

Related: Every Single Fourth of July Fireworks Show We Could Find in Colorado 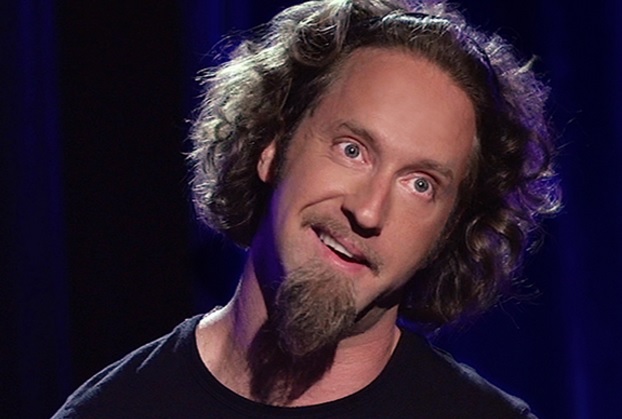 The Lowdown: Josh Blue is known as “the comedian who puts the Cerebral in Cerebral Palsy.” He works his disease to his comedic advantage and has gained national recognition for it, appearing on The Ellen DeGeneres Show and Live with Regis and Kelly after winning NBC’s Last Comic Standing. Check out his most recent work, a Showtime special, Sticky Change. 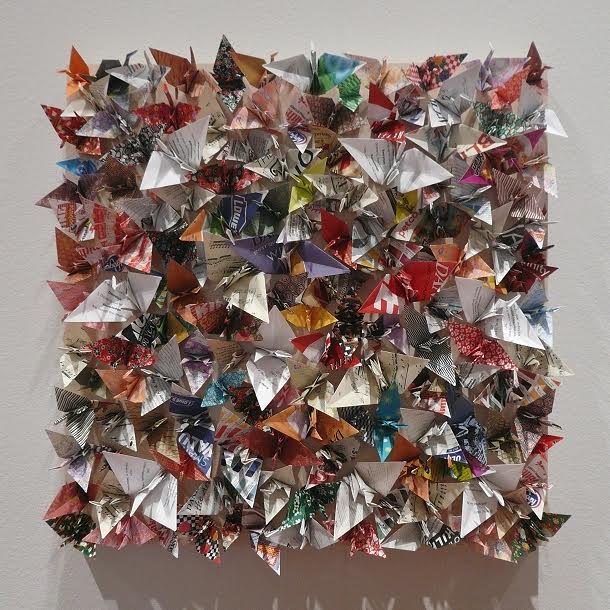 The Lowdown: Joshua Field, Anna Kaye, Margaret Kasahara and Denis Roussel are a passionate group of artists featured in this exhibit. Their work is created through many unique mediums such as origami, collage and x-ray effects. Topics vary from environmental issues and food waste to the human identity and psyche.

Photo courtesy of the The McNichols Project on Facebook. 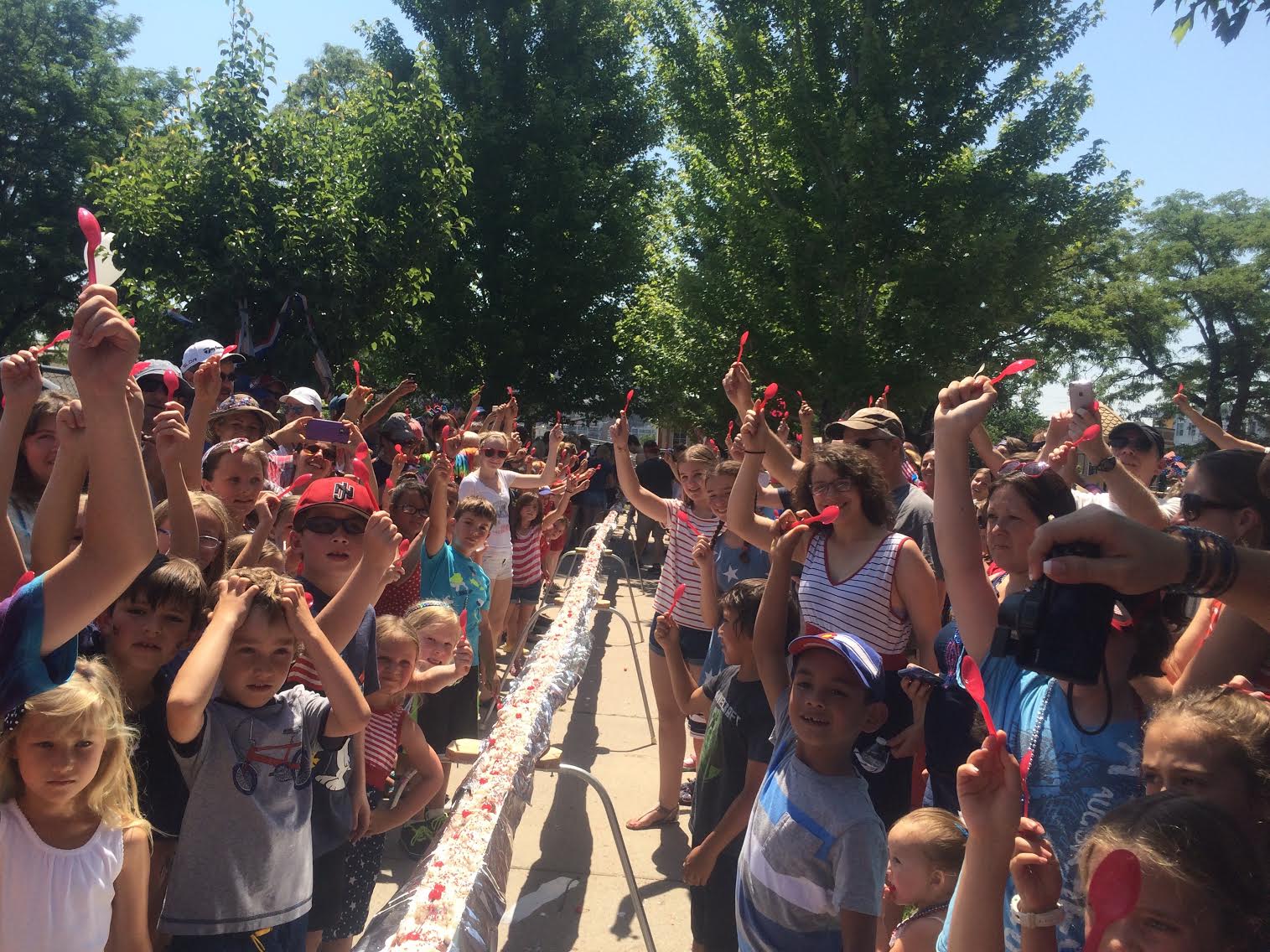 The Lowdown: This holiday event starts off with a bike decorating party, where you might put in some competition for the bike decorating contest. Then comes the parade, which starts at 9:30 a.m. and is led by a vintage fire truck and a Little Man drum line, followed by bands, dancers and more. Get in on the action with face painting, water balloon fights, piñatas and games. Bring a picnic lunch or save your appetite for the 200 foot-long ice cream sundae. 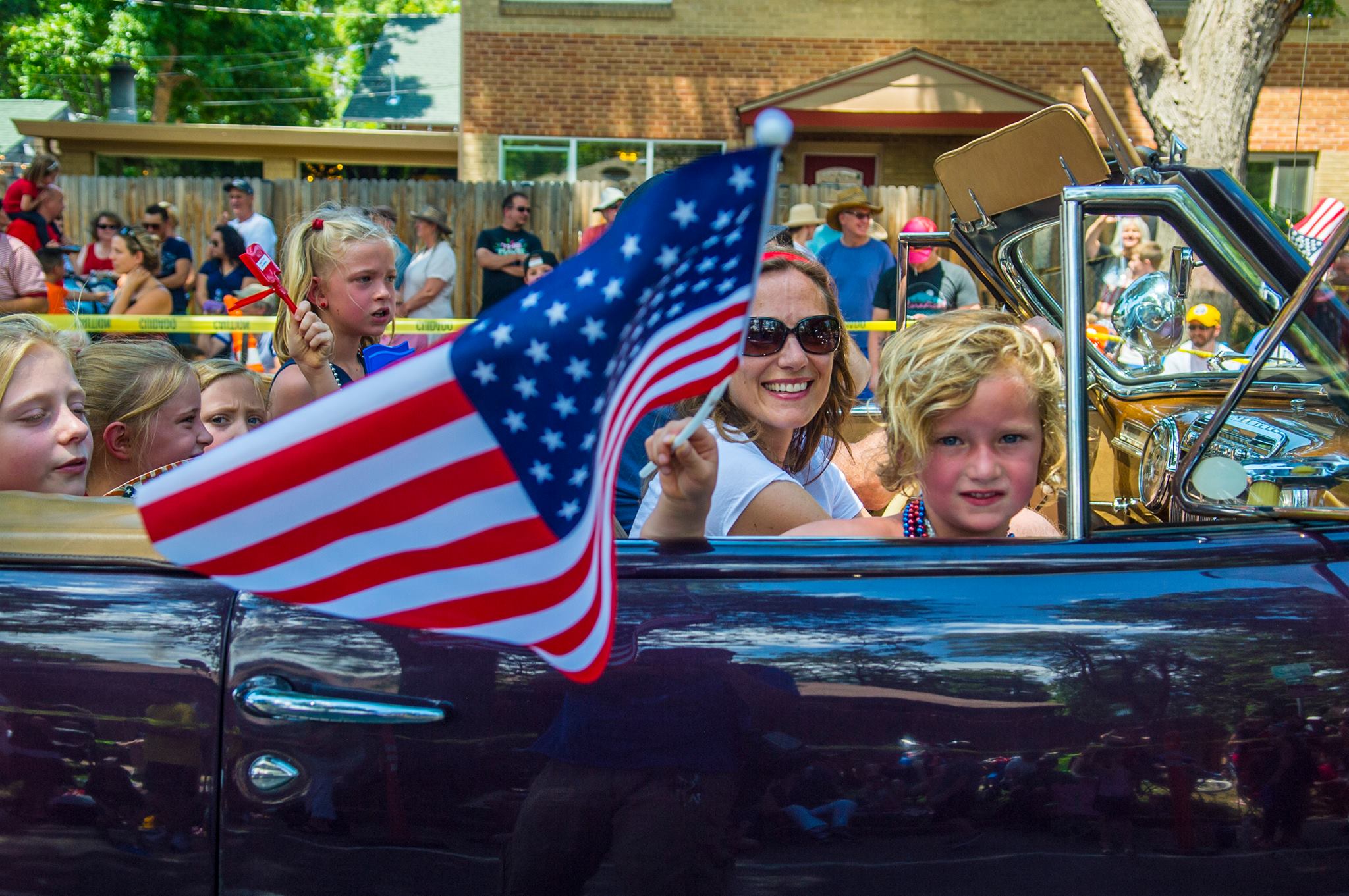 The Lowdown: Be part of this festive Independence Day tradition. Set up your chair along the route and see floats, dancers, costumes and cars march through Park Hill. After the parade, the 2200 block of Kearney will be full of food and activities.

Photo courtesy of the Denver Center for the Performing Arts on Facebook.

The Lowdown: Watch lecturers of unrelated topics team up, but not make any connections. That’s up to you. Each lecturer is given 20 minutes to present their topic and lecture, then the audience is free to ask questions of the individual lectures as well as connections between. See some great speakers present on the things they know most about and make connections between seemingly incompatible subjects.

The Lowdown: Take a summer evening yoga class along the lake! By CO Asana Yoga Collective, your yoga teacher will bend you up, down and sideways into your Wednesday night to the sound of crickets and breeze. 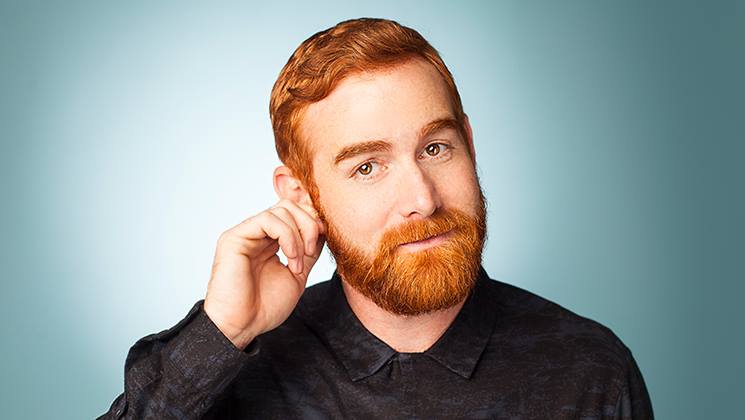 The Lowdown: Fresh off shooting The Disaster Artist with James Franco, Andrew Santino is coming to Denver with a bang. He has starred in ABC’s Mixology, has his own Showtime stand-up, Homefield Advantage and a Comedy Central Half Hour stand-up. Take a listen to his new album, Say No More and check out the man himself this week. 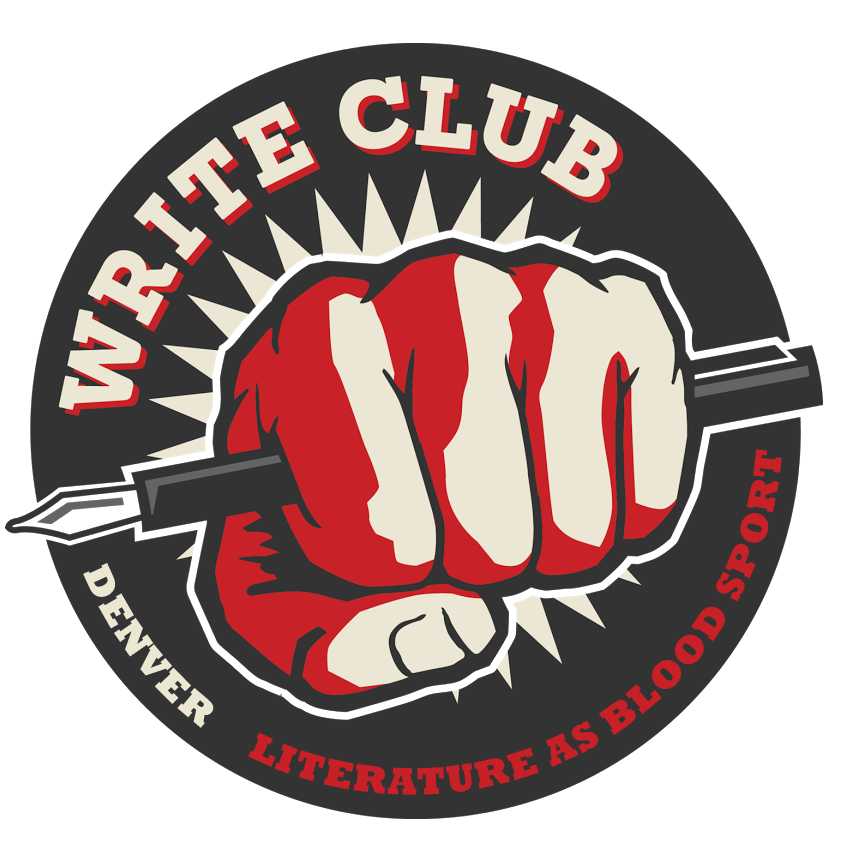 The Lowdown: WRITE CLUB Denver is hosting its monthly reading and performance series, “literature as bloodsport.”Six writers compete with each other onstage as they read their works that contradict each other. The audience decides the winner of each round and the overall winner, who chooses the charity donated to by way of admittance fees. 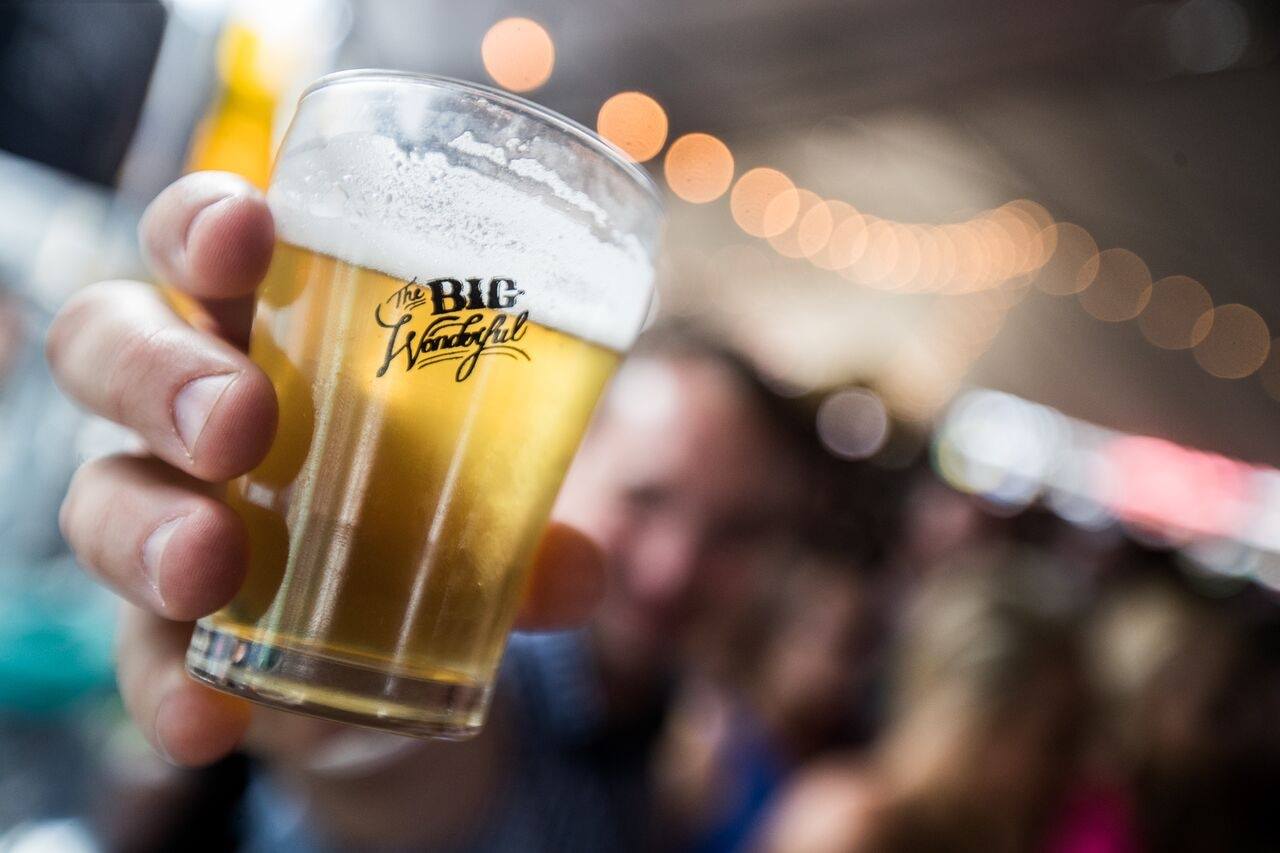 The Lowdown: TheBigWonderful Summer is a weekend festival of beer, music that pays tribute to classic bands and a bazaar. On Friday, sample brews from over 20 breweries and catch the Allman Brothers Band Tribute, Canyon Collected’s Tribute to Blind Melon with members of Mr. Uppercut and Pickin on Dad Rock. Naturally, there will be food trucks throughout the fest. Saturday and Sunday feature the bazaar and bands Pickin’ on Sublime, Pickin’ on Tom Petty, Pickin’ on Ween, Bob Marley Tribute and Pink Floyd Tribute. 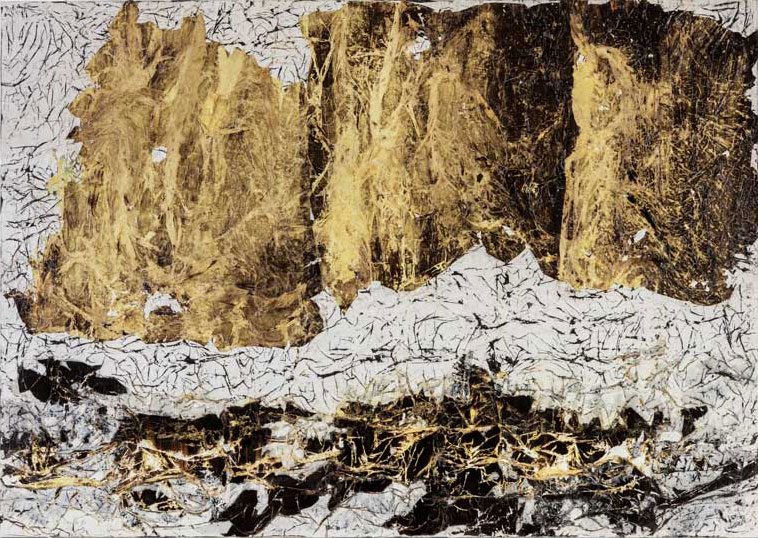 Cost: Included with cost of admission

The Lowdown: Join curator Rebecca Hart to talk about Shade: Clyfford Still/Mark Bradford. Explore how this gallery was chosen and created and get deeper insight into the creative process of such works and their set-up.

[Updated July 6 at 12:41 p.m.: This listing was updated to reflect accurate cost of the event and the curator in attendance.] 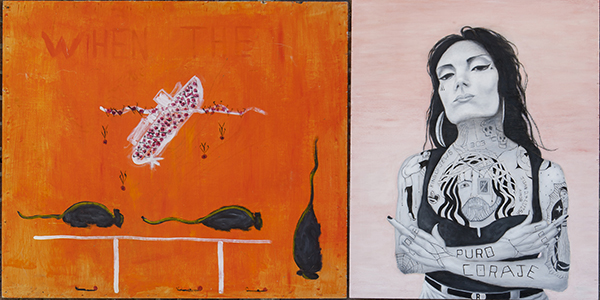 The Lowdown: This new gallery features the work of Norberto Ramirez. Painting on wood panels from the oil paints he makes himself, Ramirez creates realistic scenes. Come see this unique gallery at the RiNo First Friday Art Walk. 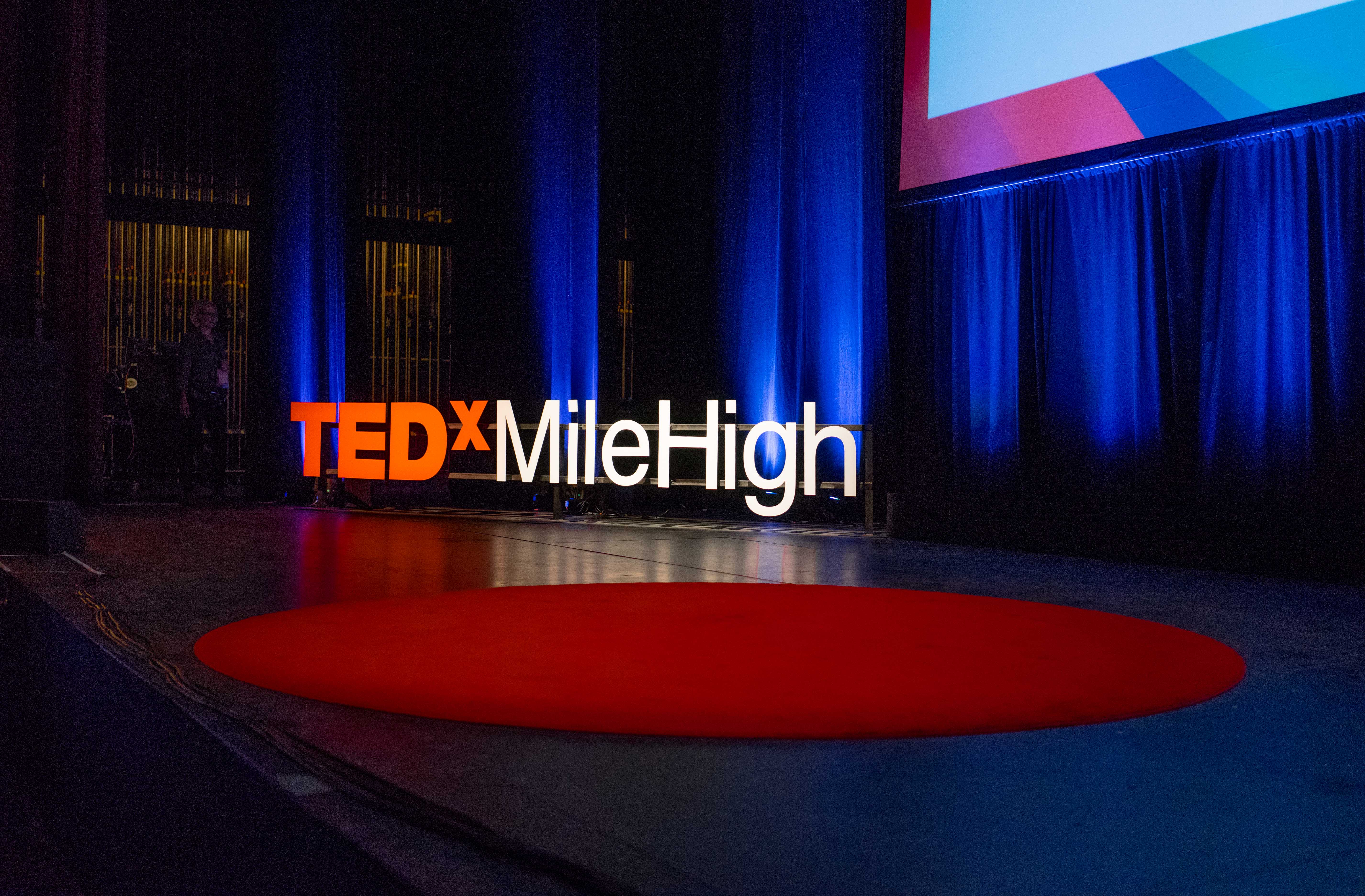 The Lowdown: You’ve seen the TED Talks on YouTube, but wouldn’t it be great to be there in the moment a great story is told? At this TEDx event, Point of Departure, there will be 15 speakers talking about what they know best, which could be on anything from academia to technology to relationships. These speakers include people like Arielle Hein, a creative technologist, Blake Scholl, a supersonic traveler and Caitlin Quattromani, a relationship role model, to name a few. Find out what these talks will really be about and have the potential to change your life. There will also be social events and a cocktail reception. 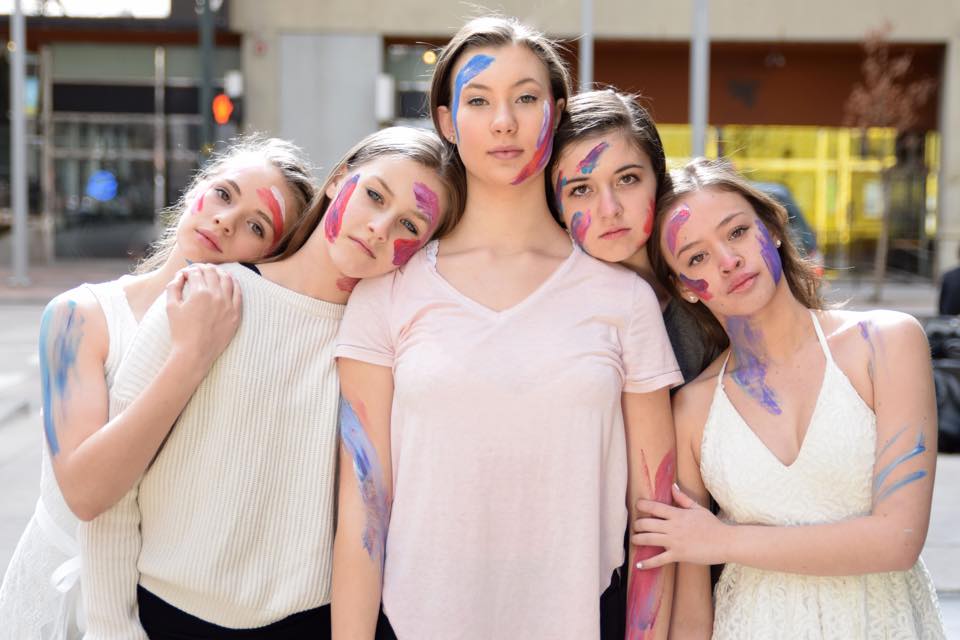 The Lowdown: Sonder invites you to “venture into the labyrinth” in a theatrical dance performance and by dancers all under the age of 18. The theme of this performance is to look at the world and strangers from a different point of view and experience it from this angle. Watch as these fresh-faced performers transport you into this interesting way of looking at the typically common things in our lives. 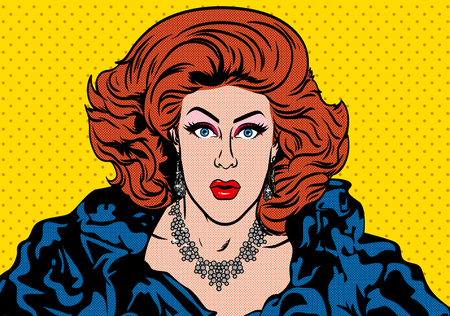 The Lowdown: This blast from the past is celebrating all things drag with Shirley Delta Blow, Vivian LeCher, Zarah, Brody Danger and others. See how the performance art has evolved over the years with the costumes, games and dances you know and love. 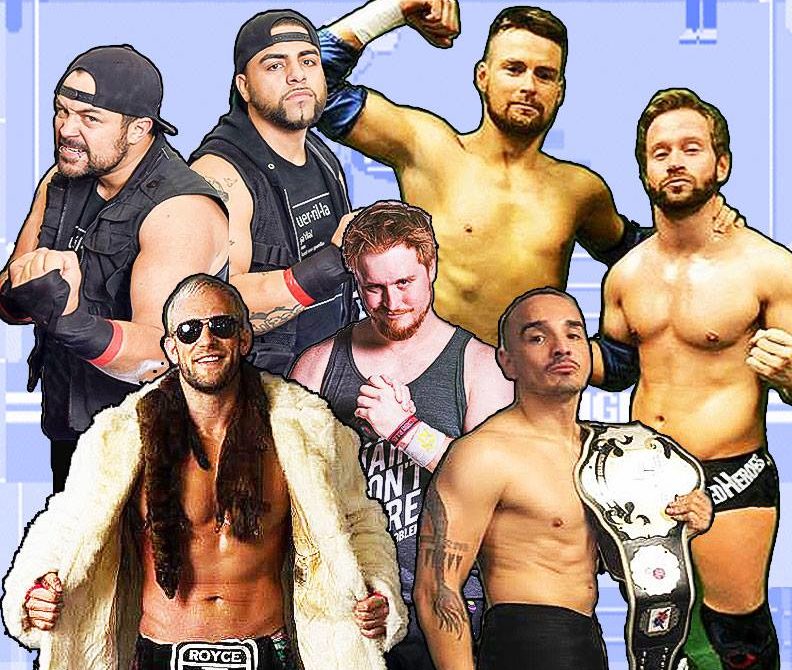 Photo courtesy of Lucha Libre and Laughs on Facebook. 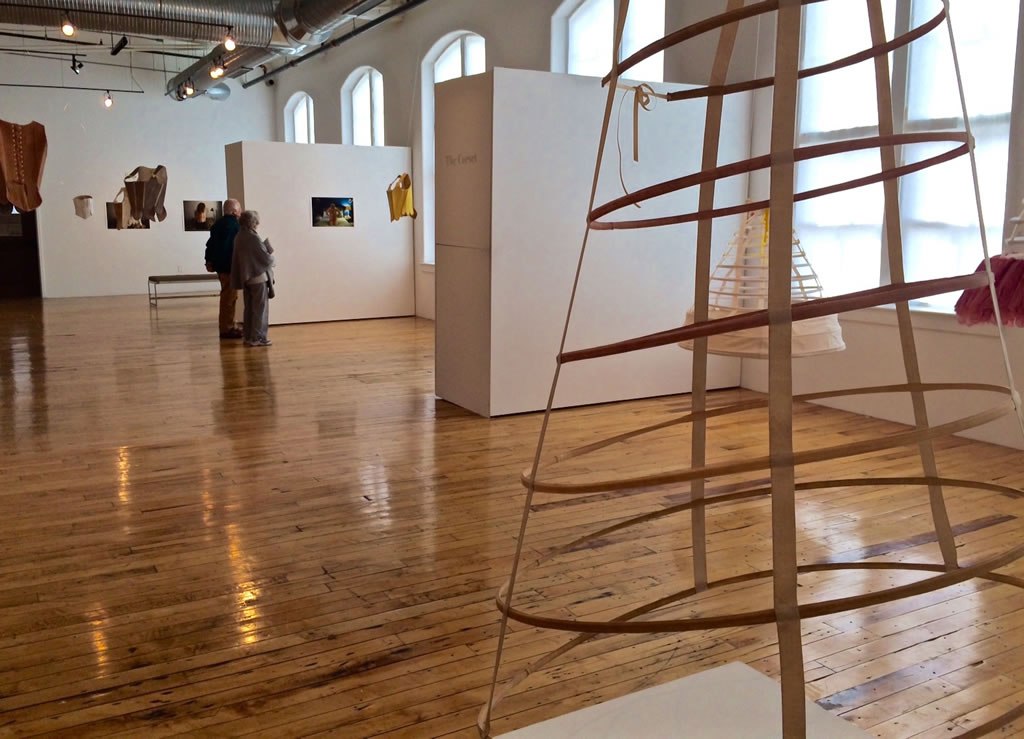 The Lowdown: Not for the faint of heart, this exhibit by Evan Dent is full of dark humor and accompanying pieces of sarcasm. Expect to see glitter alongside spooky images in these multi-media pieces. Get a chance to get inside Dent’s head and catch the first look before the man himself shows up at the end of the month. 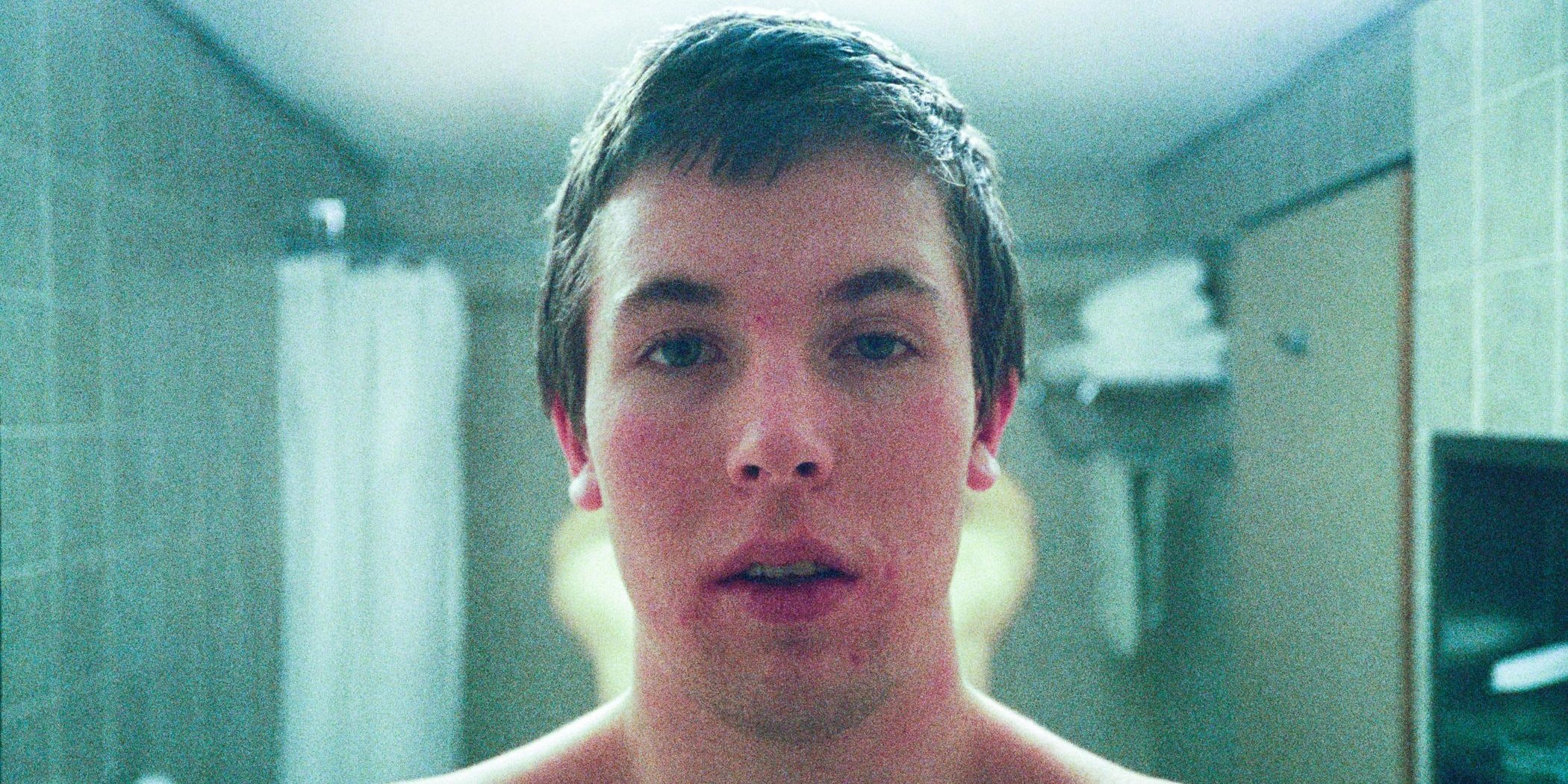 The Lowdown: Ryan McGinley has earned his place in art, coming out with a bang when he published his book, The Kids Are Alright, while getting his BFA at Parsons School of Design. His photographs have gained national attention and have been featured in some of the most prominent museums including the Museum of American Art in New York, the San Francisco Museum of Modern Art, the Smithsonian National Portrait Gallery and many more. Get the chance to hear from this incredible artist along with curator Nora Burnett Abrams.

Bringing Back the Brothel Party 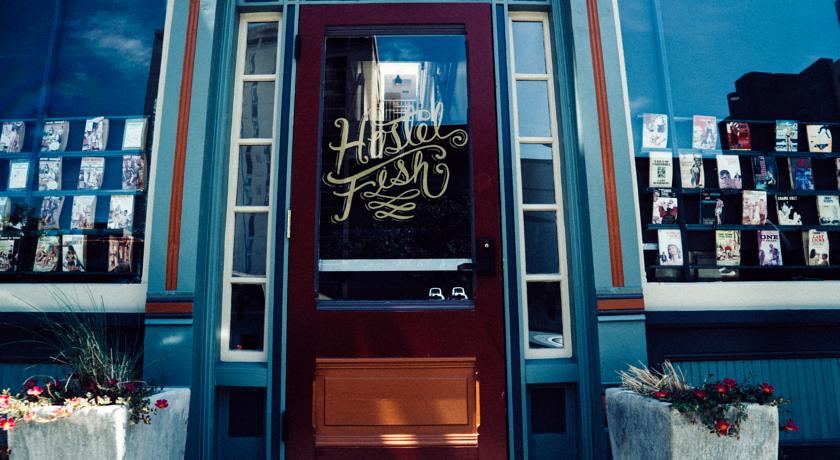 The Lowdown: Hostel Fish is celebrating it second anniversary and to celebrate, is throwing a “bringing back the brothel” party in accordance with the history of the building. Wear your best 1920s costume, watch burlesque dancers and take absinthe shots as your taken back to prohibition times. 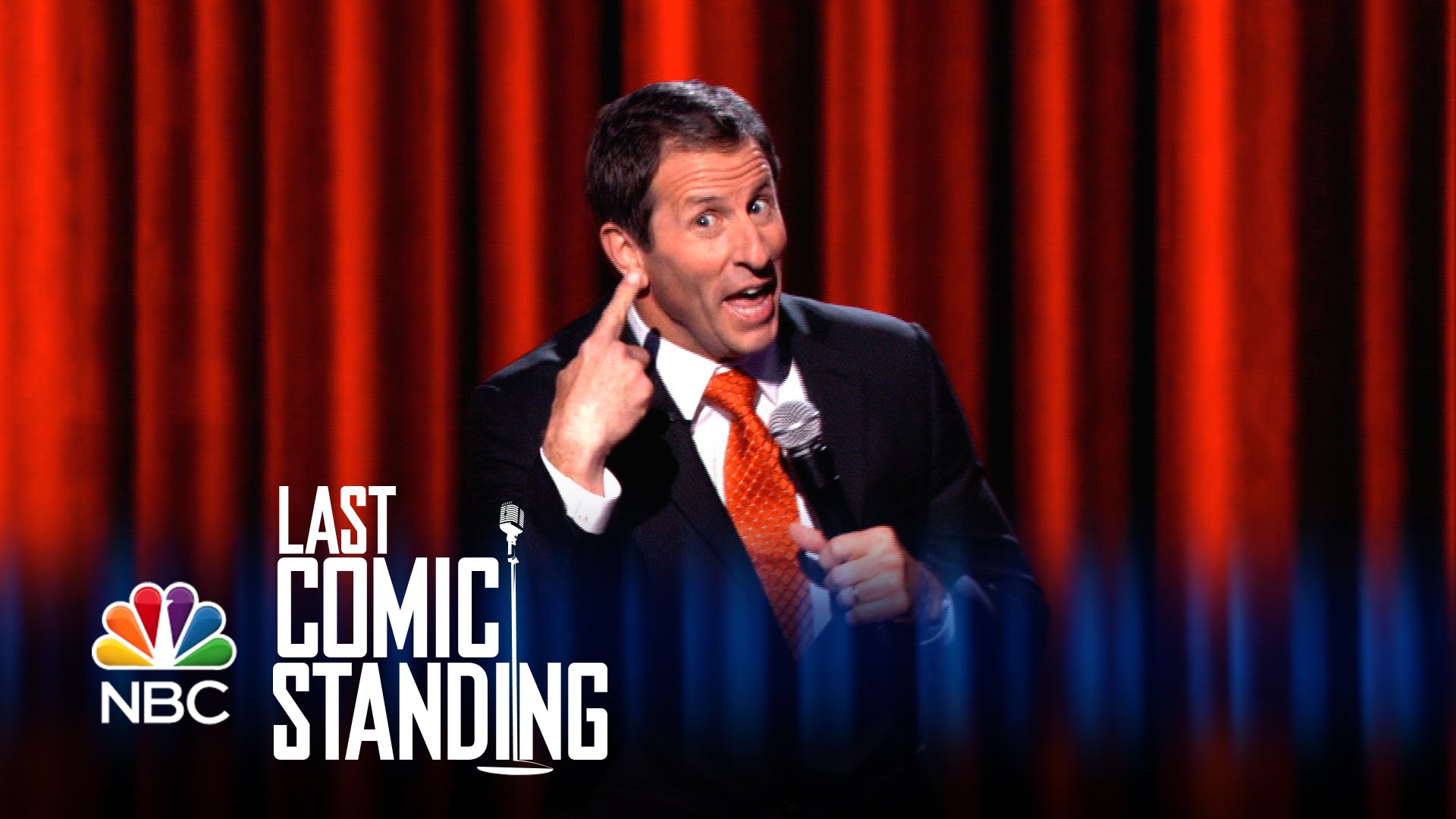 The Lowdown: Making his way in the comedy world as an opener for George Lopez, Bryan Kellen shares a similar style of humor by making hilarious stories and jokes out of everyday awkward experiences. Hailed as “America’s Best Up-and-Coming Comedian” by the National Comedy Hall of Fame, Kellen is known for giving an onslaught of humor to the point where you won’t be able to stop laughing to wrap up your week.