The thing about seeing a show at Red Rocks is that every show is someone’s favorite band. On Tuesday night, Chicago and the Doobie Brothers co-headlined, making it safe to say there were several of those “someones” present.

The warm summer evening invited the two bands in to play with a hot sun and plenty of beers to go around. With no other “opener” than the Doobie Brothers, they went ahead and kicked things off right at 7:30 p.m. After busting in to a few opening tracks, the band introduced themselves early in the night. After the audience and band got to know each other, the Brothers rocked “Clear as the Driven Snow,” complete with a drum solo by Ed Toth and Bill Payne. 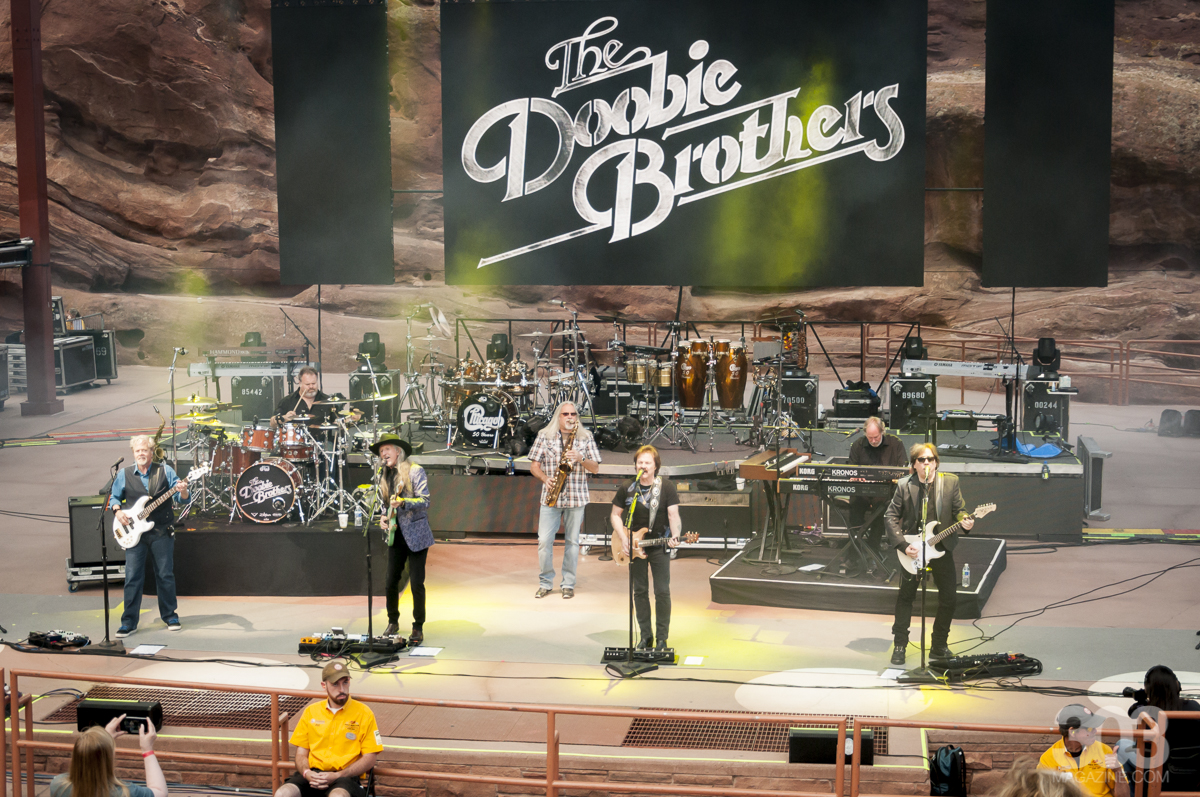 “Black Water,” one of the staples of the Doobie Brothers discography, nabbed all of the seated fans up and off of their feet for the first time since the performance began. While that song is a huge hit, the credit for prying up the crowd lies in the arms of Marc Russo, who busted out an intro to the song that left everyone unable to sit still.

“Takin’ It to the Streets,” “Without You” and “China Grove” vamped up the set while guitarist Tom Johnston eagerly egged on the crowd. Multiple times Johnston walked up to the railing in from of the stage and screamed at the audience to stand up. During “Listen to the Music,” the fans could not have sit down if they tried. After the glorious hit-shaking set, the men took a final bow together and cleared the stage for Chicago.

Looking around the venue during the set break, there was one thing that had to be taken note of — the age demographic of the sold out show. Sure, with classic rock you typically find an older crowd but this was an almost exclusively older crowd that very possibly could have seen either of these bands decades before. On Tuesday night, simply seeing the band perform was not the only option. For $100 anyone could buy a meet-and-greet with Chicago for after the show. 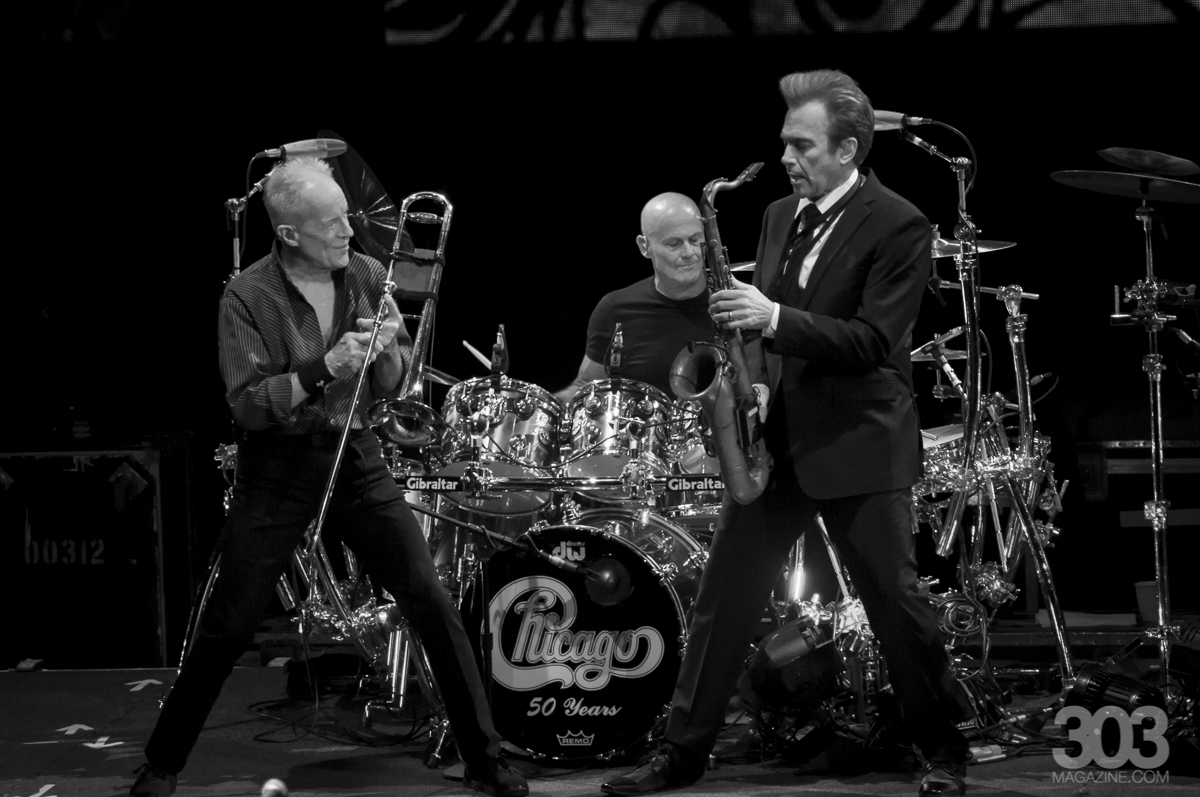 Just after nine, the lights shot down and a funky track danced the members of Chicago out on stage. Somewhere to the side, a voice introduced the band, in true ’70s rock show fashion. The band Chicago took up almost all of the space allotted for them while on stage and it seemed like every member played four instruments or more throughout the night. However, the instruments were not the only varying spice to this ensemble. The dress code varied vastly from musician to musician. There was every kind of attire on this stage — from a suit, to a hooded t-shirt, to a plain shirt and jeans.

“Questions 67 and 68” played over a video of past (and not present) presidents, with the crowd wooing at the faces they respect. “Alive Again,” “Wake Up Sunshine” and “(I’ve Been) Searching So Long” soothed the night along with the warm air and light breeze. Before the group broke off into segments of solos, the mostly seated crowd swayed along as the trombone player, James Pankow assisted Walfredo Reyes Jr. on his drums. 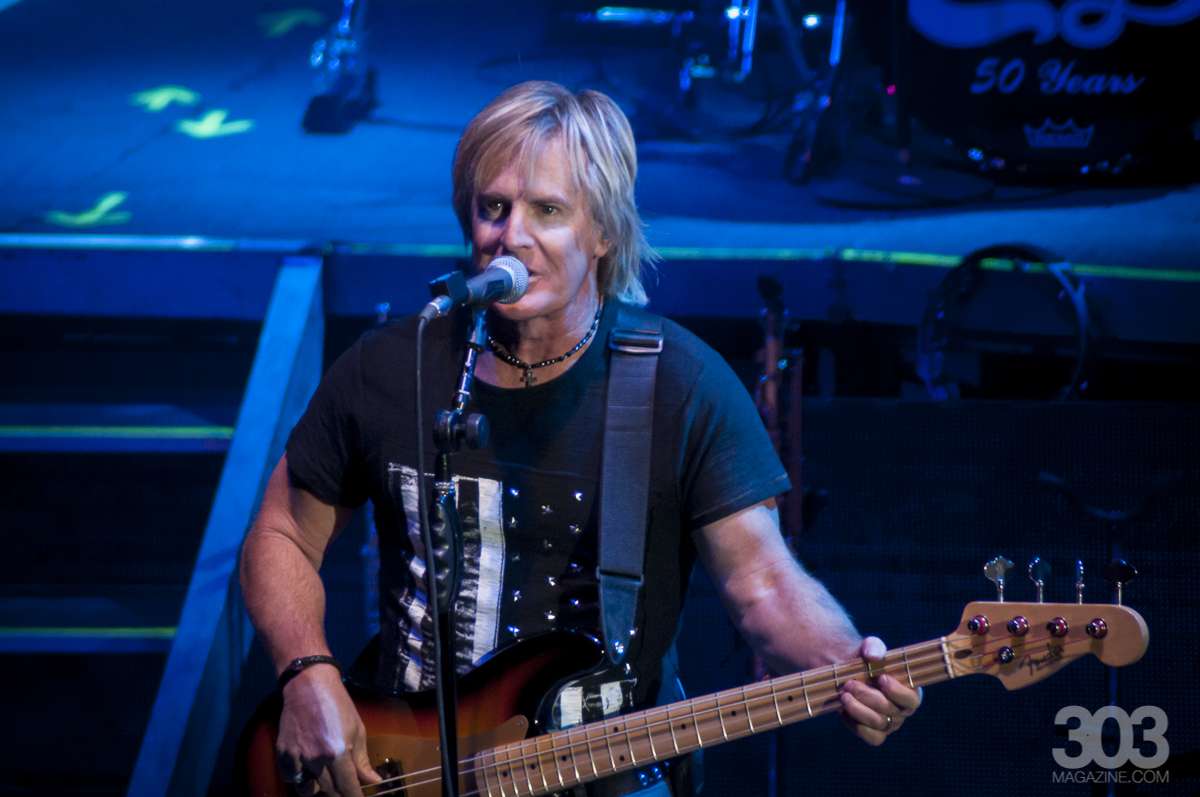 Jeff Coffey started out the solo jams with “If You Leave Me Now” along with Keith Howland, who referred to Coffey as “the new guy,” since he has only been accompanying Chicago in the last year. Robert Lamm took the spotlight next to showcase, “A song that I’ve been re-writing ever since it got recorded,” which ended up being “Another Rainy Day In New York City.” Keyboardist Lou Pardini was up next with “Look Away,” a track that, based on the physical response by the crowd, was several patrons’ favorite. “Colour My World,” “Old Days” and “Does Anybody Really Know What Time It Is?” were the fat of the back-half of their set.

“My oh my, it is so incredible to be here at this amazing venue. The first time we were here, we were Jimi Hendrix’s opening act,” said James Pankow

“Hard Habit to Break” and “You’re the Inspiration” were joined by heartfelt videos of hands holding and couples canoodling on the screen behind the band. They then went through a rigorous introductory section, highlighting the history of each band member. “Beginnings” got them back into the swing of things to finish out the rock-filled night. Both bands delivered a show that was very clearly what their audience was looking for. These classic shows fit so well within the confines of the rocks, and with the tickets selling out night after night, they probably aren’t going anywhere.