Yeah, yeah, we know. We just published an interview with Oddisee, but when a pure-bred talent like Amir Mohamed el Khalifa strides into town, it is hard not to shout it from the mile-high mountain top. The Washington D.C. born, now New York City based rapper/producer took the reigns over Denver’s Bluebird on Monday night, kicking off the week in a way that helped mend the broken heart caused by tomorrow only being Tuesday.

AG Flux took the stage first, followed by Olivier St. Louis, a member of Oddisee’s accompanying band Good Compny. He embraced the spotlight, taking about a half hour to funkify the room with not only his tunes but with his incredible hair, tossed on top of his head like a majestic pineapple. This was not the only great spot for hair, as his beard sprayed from his face and his chest, bobbing back and forth and up and down as he wailed his pipes to the band’s groove. 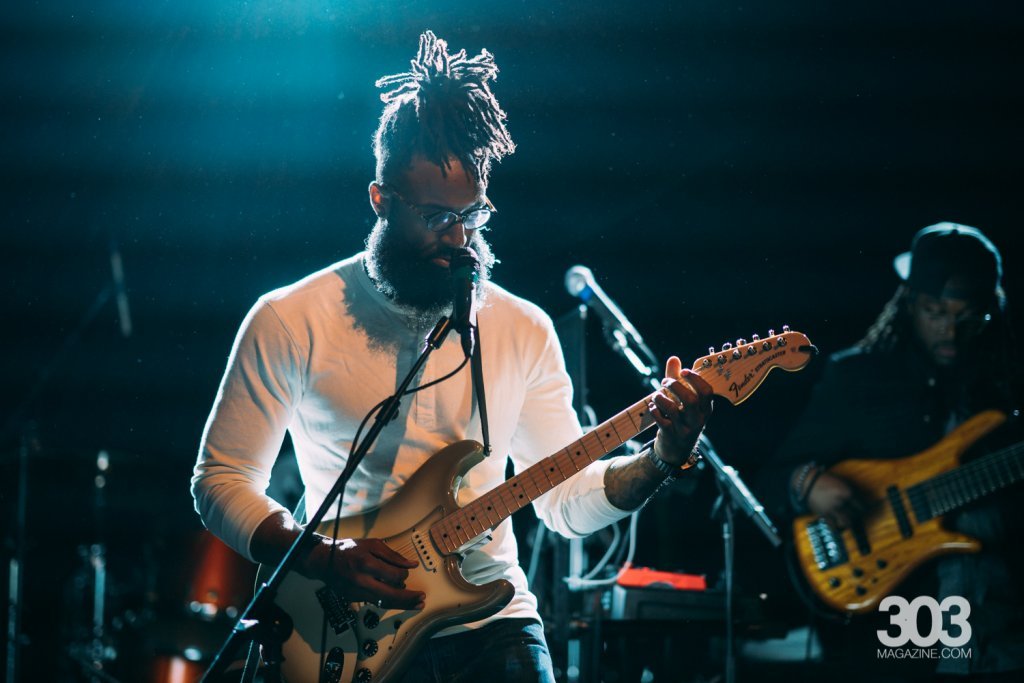 At 9:30 p.m. St. Louis moved from the front of the stage to the side, making room for the headliner. Unlike most shows, there was no in between from one act to the next. The band picked up and from the side door of the Bluebird Theater Oddisee’s remarkably tall summit of a head peeped through, leaning over the rest of his body as he cleared the area he was to stand. He seemed to be sizing the space for movement, which as we would come to find, was a proactive choice for his epic moves. 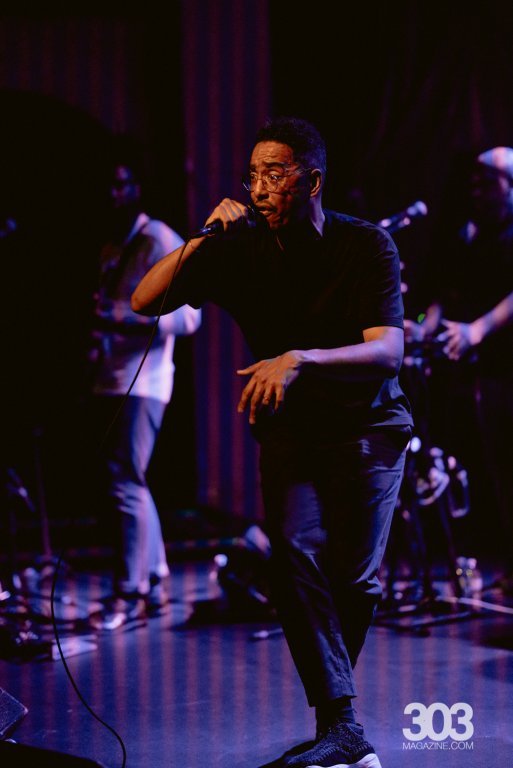 “Digging Deep” opened his set, surprising no one that the MC wanted to hit the show off with a track from his latest album, The Iceberg. The album has received great critical acclaim, much like every other album Oddisee has ever produced. If you haven’t yet heard Iceberg, the rapper was sure you would this night, with “Things” and “Built By Pictures” busting out next by him and his band. The band certainly created more of an unusual rap show experience. A genre normally restricted to sampled scores melted into their own original beats, the band left nothing to be desired, busting out track after track as quickly as Oddisee could spit them.

“I came out with a new album,” said Oddisee. “Anybody heard it? Well, you’re going to hear it tonight.” 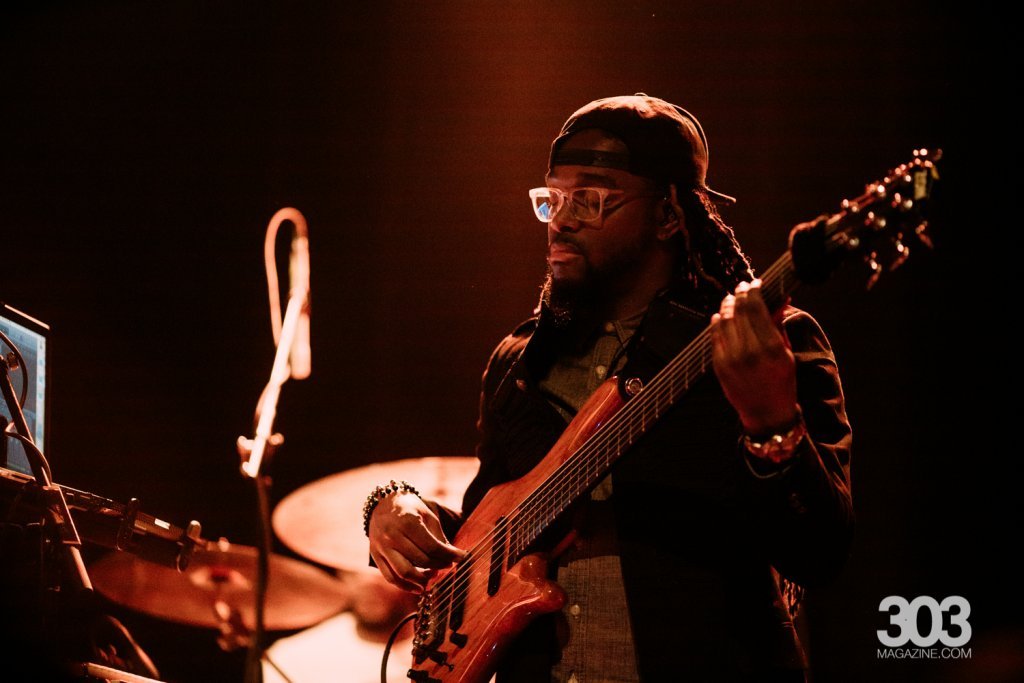 Before he dove back into songs from his current release, he took it back to last year, playing “Strength & Weakness” and “Lifting Shadows” from 2016’s Alwasta. “Hold It Back” brought us back to the present, with Oddisee leading a sing-a-long with the crowd. An interesting man, Oddisee is. A rap flow so distinct, but with a voice that can erupt even the quietest of fans into a deep belting roar. He encouraged such roars during “Want to Be,” a track with lyrics like “I just want to be happy / I just want to be free / I just want to be left alone / I just want to be me.” Lyrics which brought his mouth open so wide with a smile that his high cheeks nearly covered his eyes, glasses and all. 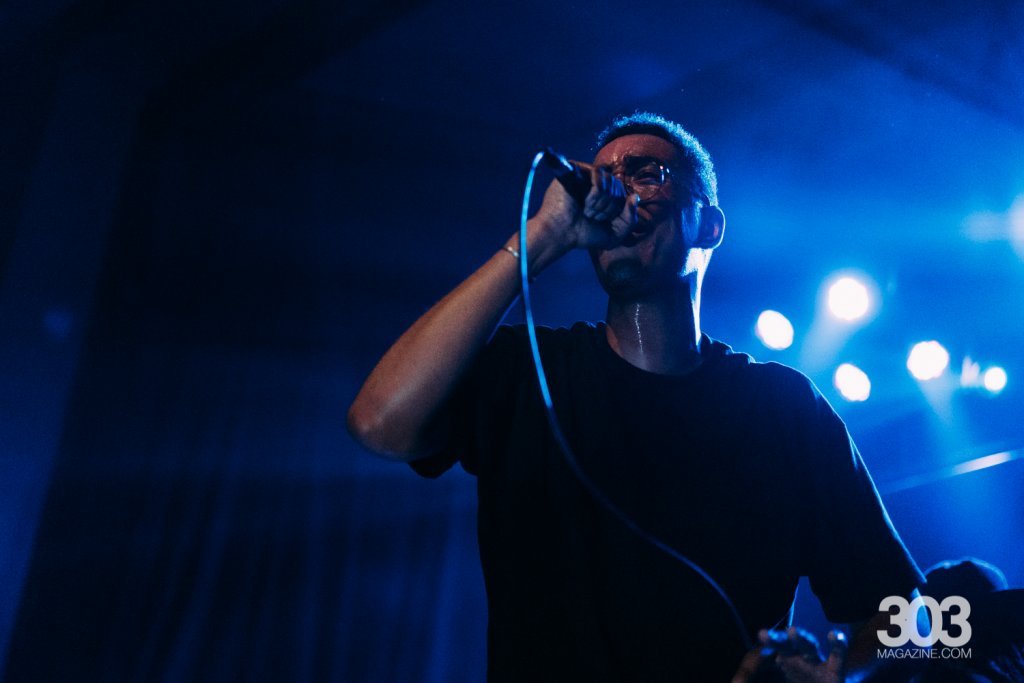 He danced back and forth all over the stage to the tunes of “That’s Love,” “You Know Who You Are” and the politically charged “Like Really.” Speaking of politically charged messages, a performance by Oddisee is practically dripping in them. If you’re wondering why he will quickly clear it up. “As a Muslim, African American and an Arab, I feel like I am the most hated person in the world.”

“Everybody having fun? Well, I’m gonna ruin that shit. I wrote a song about anger and depression in the black community,” proclaimed Oddisee. “It has a funky beat though.” 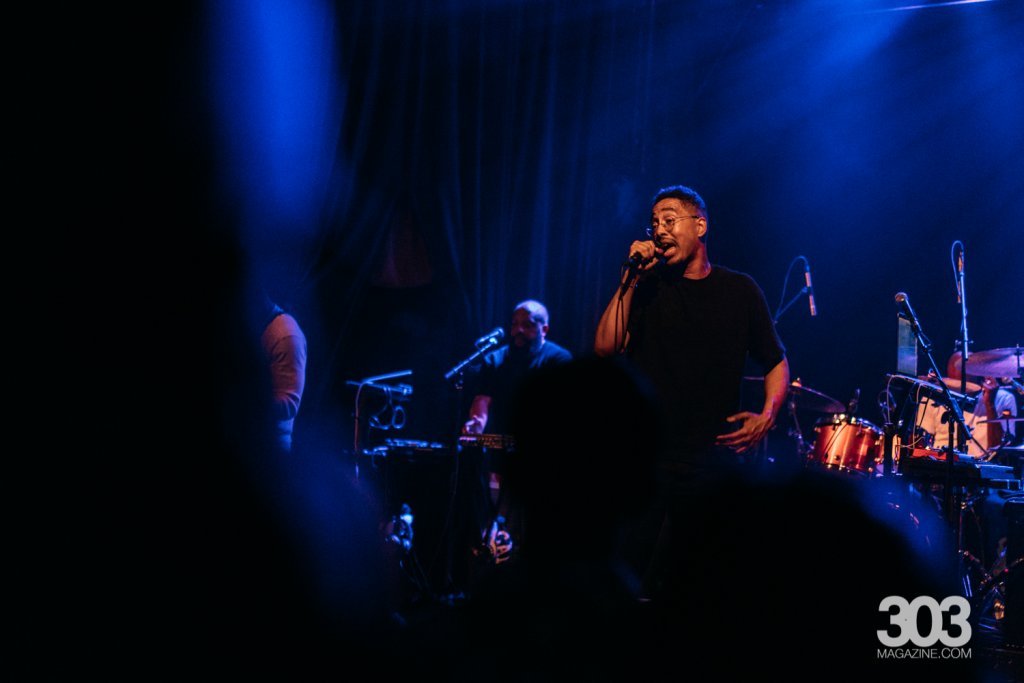 “Waiting Outside” does in fact have a funky beat, but the message is of course what will take your attention. That, and the frontman’s veins protruding from the flesh covering his skull due to the rapid words flowing from his tongue. Oddisee then takes a moment to introduce his band, all of which have showcased impeccable talent throughout the night. After a few more wonderful stories, moving tracks and even a baby announcement from the rapper, the night had fallen to a perfect close. The band led a pristine encore of “Never Not Getting Enough,” while teaching the Denverites new slang. We learned the purpose of “go-go music,” (you would have to see to believe), how to get down when you’re from the DMV (D.C., Maryland and Virginia) and “put me in the pocket!” I’ll let you Google that last one for yourself.

All photography by Ryan Good. Check out the gallery here.