Within the last couple years, 4/20 seems to have become a week long celebration in Colorado and this past Sunday it closed out with a bang. Legendary stoners Wiz Khalifa and Snoop Dogg headlined Red Rocks at the 2017 Merry Jane Wellness Retreat. Openers for the concert included fellow pot enthusiasts Berner and Cypress Hill. While most people were still reeling from the last three days of getting high, concert-goers on Sunday came well prepared to extend the smoke-filled weekend. The weather was absolutely perfect for the occasion and I was not complaining about spending another beautiful night on the Rocks. Berner got the night started around 7:20 p.m., hitting the stage to a sold-out crowd that was already beginning to fill up the amphitheater. The set had a very chill vibe to it and the crowd rocked along to some of Berner’s favorite stoner anthems. Thirty minutes flew past and by the time I knew it, Cypress Hill was already preparing to hit the stage.

As the stagehands set up for Cypress Hill and started bringing out some live instrumentation, my excitement for the set grew in anticipation. I’m a huge fan of hip-hop concerts who use live instruments so when they brought out the drum set, I knew it would be a great performance. For those who might not know, Cypress Hill is also a part of the collective called Prophets of Rage which features members from Public Enemy, Cypress Hill and Rage Against The Machine. It was clear that Cypress Hill had taken a few notes from last year’s headlining tour with Prophets of Rage as their set was heavily inspired by rock influences. The energy was turned up to a much higher level and highlights from the set included hit classics like “Insane in the Brain” and “How I Could Just Kill A Man.” They ended the night with the fan favorite “Superstar” which got the crowd jumping one final time. 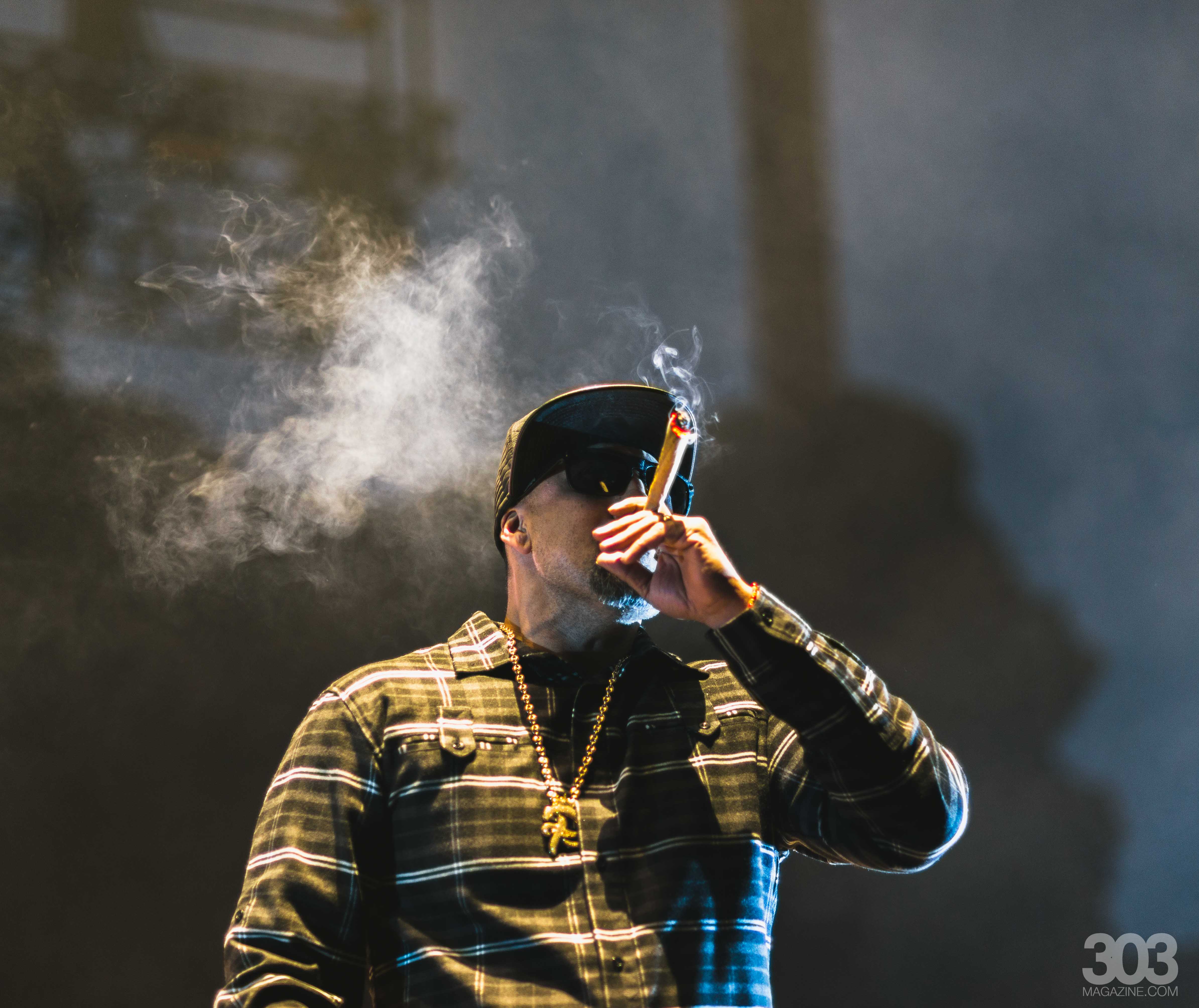 As the sun finally dropped out of the horizon and night fell on the packed Red Rocks Amphitheater, Snoop Dogg hit the stage to a roar of cheers and yelling. Starting the set off quickly, he flew through some of his most memorable verses to date. As “The Next Episode” came to a close, the entire crowd joined in on singing the famous hook, “Smoke Weed Every Day.” By this point in the concert, at least one in every five people in the crowd were lighting up joints and a haze filled over Red Rocks rapidly.

Wiz hit the stage next and quickly advised the crowd to, “Light that shit up and let’s get high Denver” as he opened up with songs like “Bake Sale” and “KK.” The night would continue on in this pattern for a while — Snoop Dogg and Wiz Khalifa both trading off time on the stage and playing a couple of songs each. Throughout the night, Snoop could be seen accompanied by beautiful female back-up dancers, hanging out with his mascot Nasty Dogg or on stage lighting up a joint and celebrating 4/20 himself.  The visual backdrop was well executed, showcasing creative weed-friendly patterns and designs throughout the night. After hearing everyone’s favorite track in “Gin and Juice,” Snoop slowed it down a bit and took some time to remember a couple of west coast rap legends in Tupac and Eazy E. He played a full song of each of theirs and let the entire crowd vibe out to it. He ended the tribute with a very special, “We love and miss you Tupac and Eazy E.” 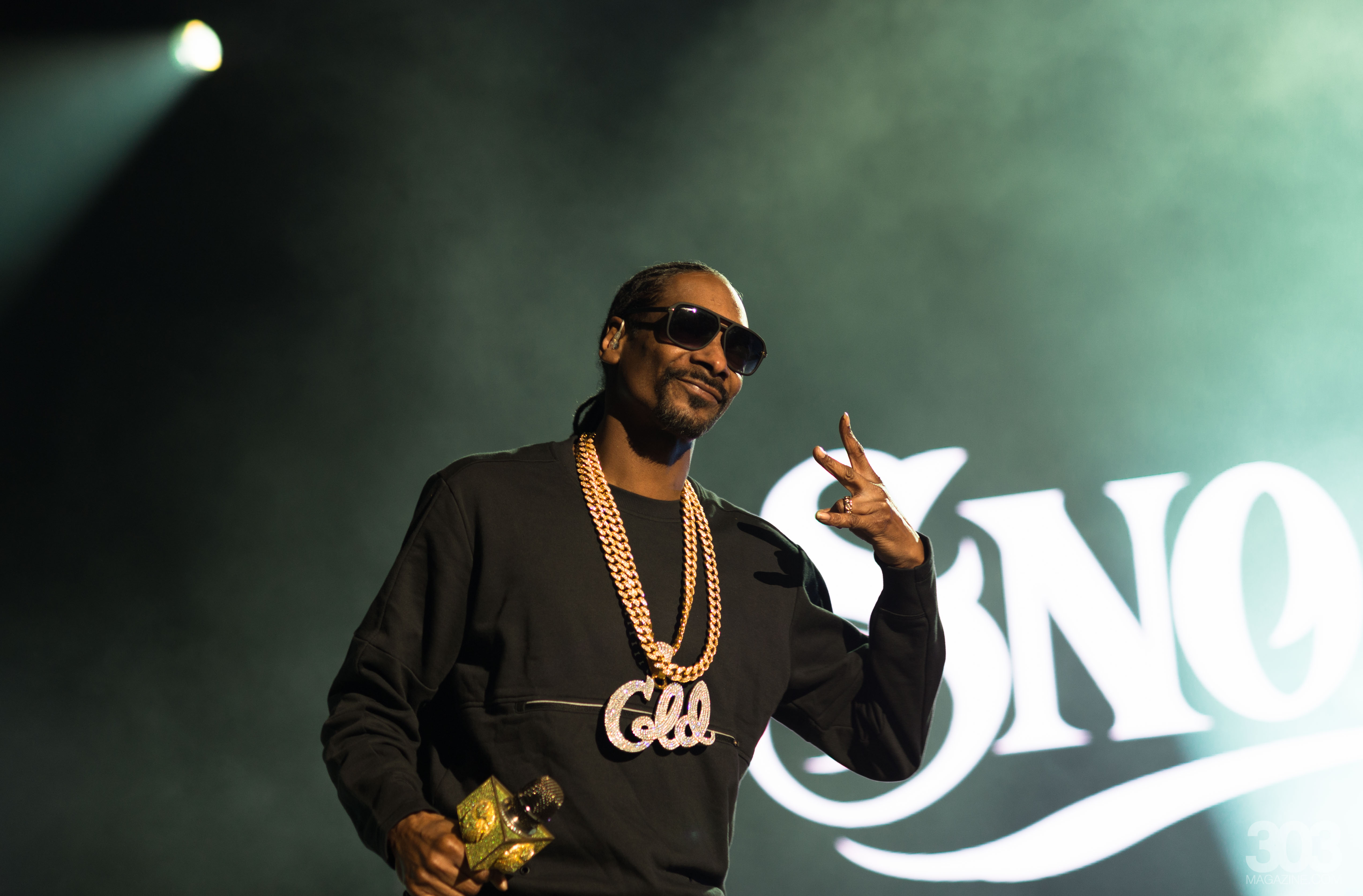 A bit later in the night, the two headliners joined forces and played a few tracks from their 2012 album/movie soundtrack, Mac and Devin Go to High School. The crowd loved tracks like “Smoking On” and “French Inhale” and they somehow still managed to have enough weed to keep smoking in the later parts of the concert. Shortly after, in a surprise that no one saw coming, Khalifa and Dogg welcomed another legend in the stoner community, bringing out Afroman for a special performance of his iconic song “Because I Got High.” The good vibes were running high at this point in the show and the headliners finished out the concert with a few more of the countless hits that these two stars have managed to rack up over the years. They played everything from Wiz Khalifas “Black and Yellow” and “See You Again,” to Snoop Dogg’s “Drop it Like it’s Hot” and “Legendary.” 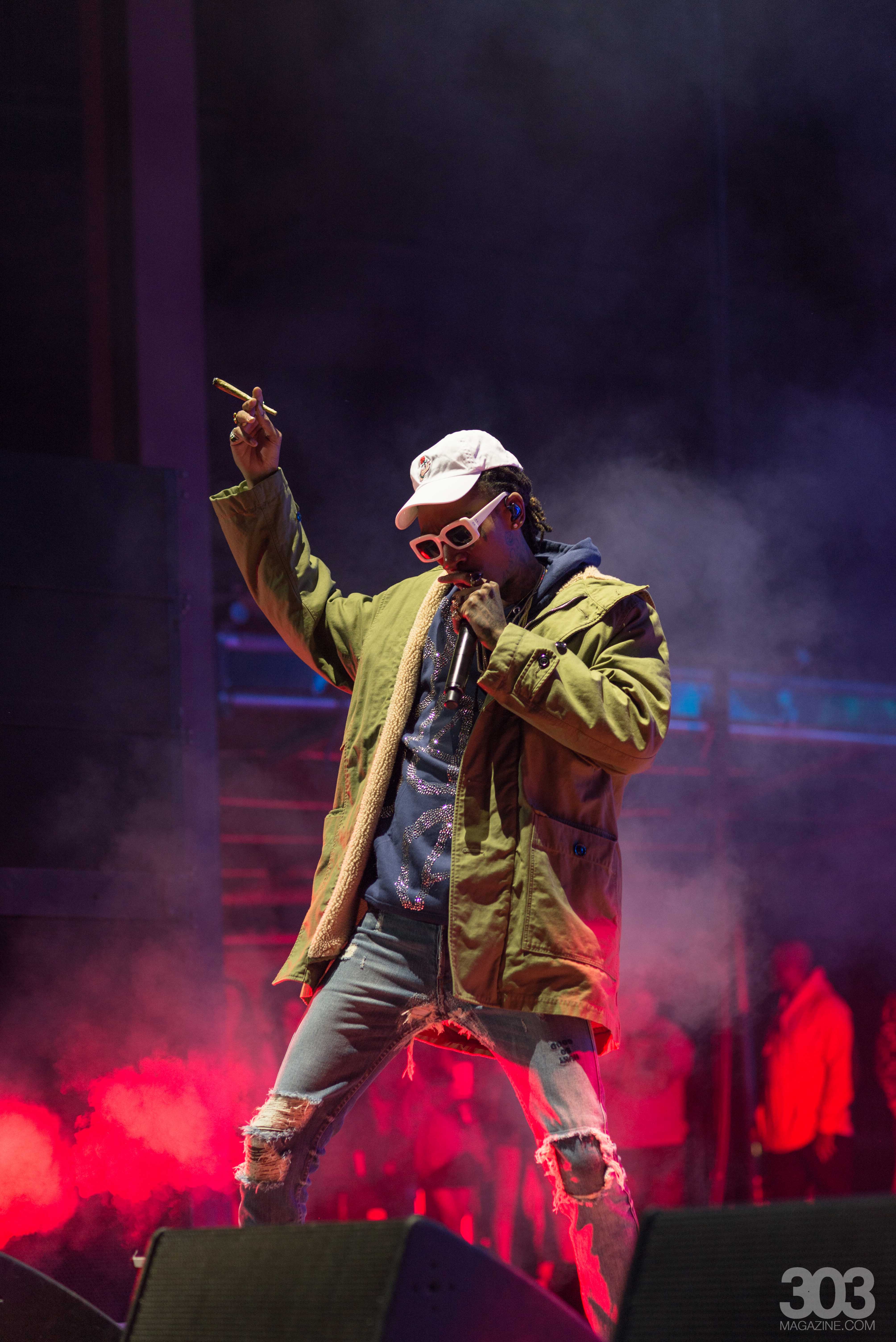 At 45-years-old, it’s truly amazing to still see Snoop Dogg touring the country with his music. With over 20 years in the hip-hop industry and countless innovations and contributions to the culture, Snoop Dogg is the walking embodiment of a hip-hop legend. Young artists like Wiz Khalifa help keep Snoop Dogg’s name alive to the youth and are a perfect balance to the aging Dogg. The two personalities complement each other well, mixing it back and forth with old school jams from Snoop Dogg and new age bangers from Wiz Khalifa. The show as a whole was well put together and entertaining. If Snoop and the Merry Jane Wellness retreat return in 2018, definitely don’t miss out on your chance to see the legend live in concert. Who knows how many more tours he has in him.

All photography by Alden Bonecutter. Check out the full gallery here.