Something tells us quite a few Denver residents will head to Chicago for a weekend this September. Riot Fest announced its initial lineup today and just like any other year it’s impressive. The lineup features headliners Nine Inch Nails, Queens of the Stone Age and Jawbreaker. In addition, performances will include New Order, Wu-Tang Clan, Gwar, Peaches, M.I.A., Paramore, Prophets of Rage and many more. The only problem — Riot Fest announced earlier this year that it won’t be returning to Denver in 2017 leaving us Coloradans, well, a little bummed. Though it’s upsetting the festival canceled its Denver stop, it is with good reason after one of the festival’s beloved organizers, Sean McKeough, passed away. McKeough was essential in planning Denver’s Riot Fest. 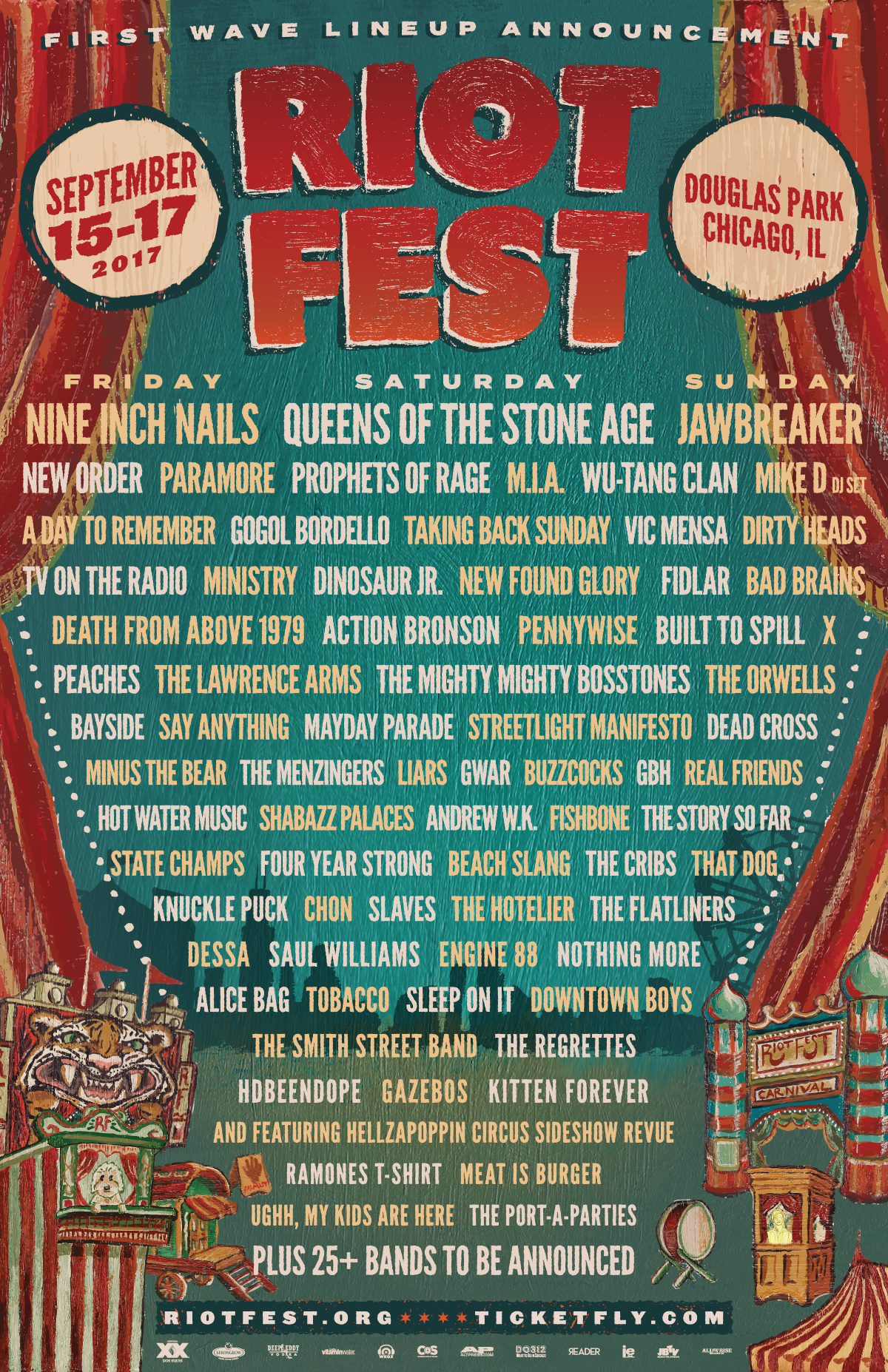 Last year Riot Fest brought Denver The Misfits, Sleigh Bells, Nas, Death Cab for Cutie, 2 Chainz and more. Though there’s no Denver Riot Fest in 2017, organizers expressed that they aspire to return in the future and that their Denver absence is hopefully only temporary. Head here to read the full statement.

It’s disappointing we won’t be seeing a Denver Riot Fest this year but we’re optimistic, and looking forward to what’s in store for Riot Fest 2018. We’re also considering that plane ticket to Chicago.