Every time Justin Cucci opens a restaurant, he vows it’ll be his last. “It’s exhausting!” he said, throwing his hands into the air. “At the end of each one, I am tapped.” As the owner of Linger, Root Down and Ophelia’s, he is not shy about sharing the gritty details of being a restaurateur. “You mortgage everything over and over again. [I’m] on my third time into [mortgaging] my house,” he said. But despite exhausting hours, razor-thin margins and the general risks he takes, Cucci explained he continues to do it for the people he works with and the customers he serves. “Our ‘why’ is so simple. It’s for the guests,” he said. So it shouldn’t be a surprise that when Denver’s population grew, so did his appetite to feed the masses. But with hundreds of restaurants opening every year, Cucci may have finally hit his capacity.

On Wednesday, May 3, Cucci says he’ll open his “last restaurant” in Denver. And this time, he swears he means it.

“How can we go up from here?” he said, quite literally in reference to the brand new penthouse restaurant. Named El Five, the glittering high-rise locale is meant to be the crown jewel of his Edible Beats empire. Which is fitting, not only metaphorically but physically — just look out the north side of El Five’s incredible 360 view of Denver and you’ll find Linger, his seminal restaurant, right below.

But elevation and symbolism aside, the Mediterranean tapas bar is in some ways parallel to Linger. It has the same alluring decor that exudes a sensual, albeit eccentric, mid-mod aesthetic. And like usual, he achieves this by mixing all the trappings of a luxe modern restaurant with a spattering of found objects. This time, instead of the remnants of an old mortuary, it’s vintage Egyptian movie posters from the ’50s and ’60s.

“His father collected them for 50 years. He probably has hundreds if not thousands,” explained Cucci of the man who sold him the posters via Ebay. Cucci is notorious for this — buying random objects in bulk long before he knows what he’s going to do with them. “I have a lot of shit… I have radio tubes I bought three years before Ophelia’s. I keep thinking of using thousands of the old radio tubes, and lighting some of them so it feels like you’re under a tapestry of stars,” he said in reference to the final touches of El Five.

But despite his tendency to impulse buy on an Olympic level, most of what Cucci puts in his restaurant serves a specific purpose. The posters are no exception. Much like the food, they represent the melding of Middle Eastern and European cultures.

“They are from the heyday of cross-culturalism of Britain and France being in the Middle East and what you got was a whole other freedom in the Muslim movie industry that probably doesn’t exist today,” explained Cucci.

It’s a very glossy version of the Middle East. Colonization and conflict are out of sight and out of mind at El Five. However, Cucci acknowledges that despite any politicals leanings, the Middle Eastern aspect could be controversial for some, considering the current climate.

Despite any misconceptions, the menu doesn’t solely concentrate on Arabic countries. Rather, it is self-proclaimed Mediterranean-focused with half of the menu dedicated to Spain. The rest is a mix of other seaside countries such as Morocco, Israel, Turkey, Egypt, Syria and Lebanon. France and Italy are intentionally left off. “I think they get enough credit in the world,” said Cucci.

As result, there is everything from Spanish paellas overflowing with seafood to charred eggplants stuffed with a savory Baba Ganoush and fall off the bone shawarma lamb ribs. But like all Edible Beat concepts, not everything completely fits the theme at hand. This time it’s the Matzah ball soup dumplings stylized and served like its Chinese counterpart. It’s a reminder that, if you’re going to eat here — it’s probably best to not take anything too seriously.

The wine menu, however, is another story. With a curated list hailing from the sea of Galilee to the western edge of Morocco, here is where you can get a direct taste of the region. “I’ve got a Chardonnay from the Judean Hills,” said sommelier Kelley Pottle Graham. “It is so good.”

The cocktail program has remnants of the same intentions including making its own sweet vermouth, which according to Bar Manager Ky Belk is a staple for Spanish liquor cabinets.

Other than that, the cocktails are where El Five flexes its eccentric attitude. Cocktails include The Zombie ($15), a smoking tiki drink named in homage to the Corpse Reviver cocktail at Linger. There’s even a Porron ($12) — a vessel where you actually pour a drink from the glass into a friend’s mouth — made from a Shady of Ratio Beerworks “Dear You” saison and lemon soda. The light-hearted nature of the drinks doesn’t mean there’s not intent behind them. Rather, the bar is where a lot of the green initiatives take hold in the restaurant. In fact, the bar is made from 100 percent post-consumer recycled paper — called PaperStone. Bartenders are also working to use less water, which according to Belk is like telling chefs to use their stoves less. But by selecting certain types of drinks, including a kegged cocktail that doesn’t require additional chilling, they hope to reduce their water waste. In fact, they won’t even have soda guns behind the bar and hope to make any in-house sodas with leftover food scraps.

To Cucci, this is not just an environmental choice. It’s a vital part of what it means to be a local restaurant. “It’s not enough to just point to five things on your plate and say you’re local,” he said. Rather, being local can’t just be about commodities. It has to be about how you work in your community. For Cucci, this is where he sees his future.

“I don’t think I’ll ever open another brick-n-mortar. But I’d work on something [where] I come into a project and collaborate with other people,” said Cucci. He then immediately began hypothesizing on potential projects before switching back to the narrative that El Five is his last. “We can only go downhill from here,” said Cucci.

El Five is located at 2930 Umatilla Street Suite 500 Denver. To get to it you have to take the elevator to the fifth floor. Dinner service will start at 5 p.m. Tuesday through Sunday; the restaurant will be closed on Mondays. Happy Hour is every day at 3:30 p.m.; El Five is aiming to launch weekend brunch this summer. To make a reservation call 303-524-9193

All Photography by Danielle Webster. 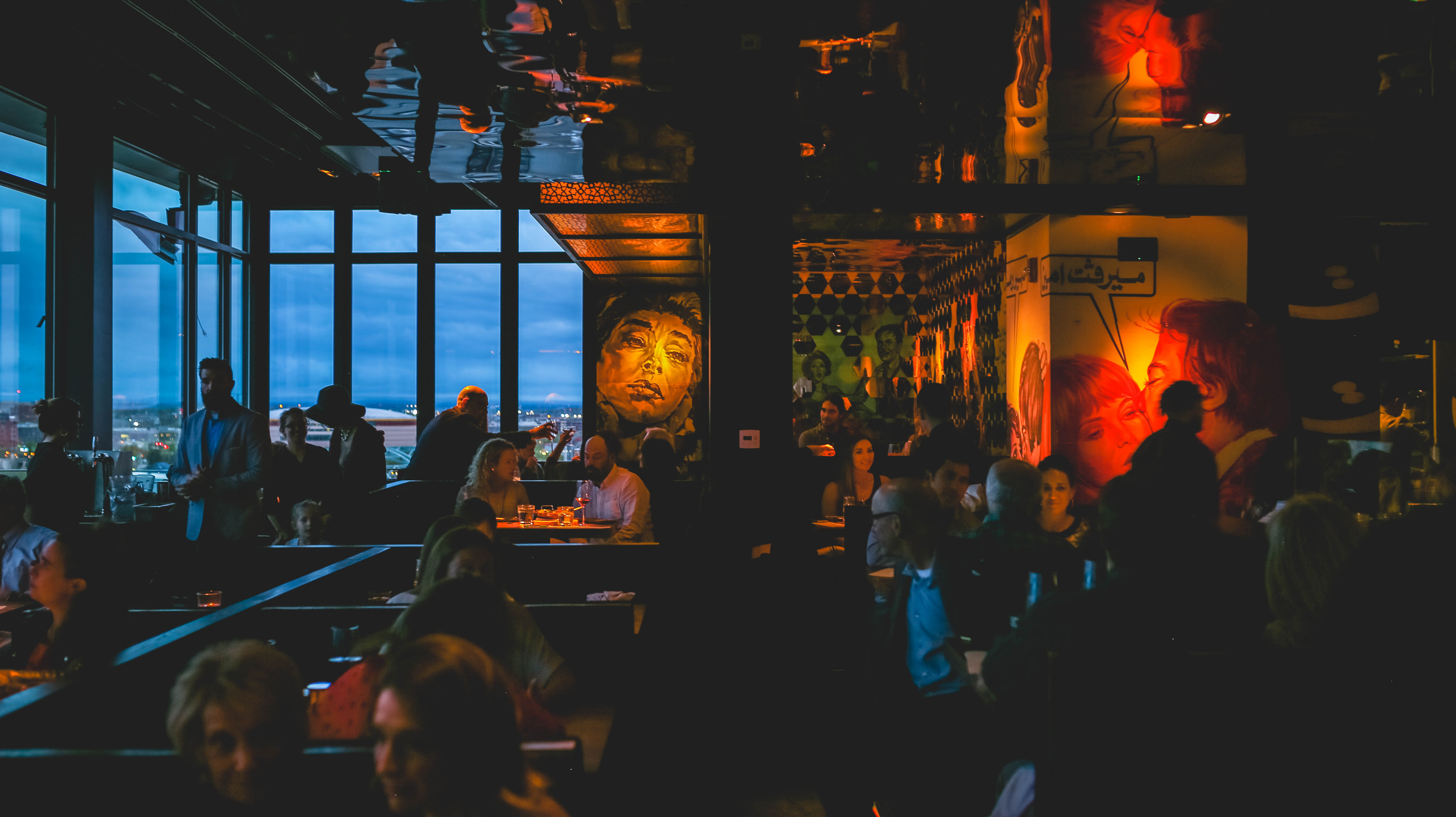