If you search “Streetwear” under Google images, you can guarantee that photos of brands like Supreme and Stussy will bombard your screen. And while celebrities and distinguished collaborations will also come to mind, it’s a fact that a lot of streetwear is rooted in urban culture, skater culture and the desire to rebel. Local streetwear line Defiant Society keeps this conviction close to heart as it navigates launching a fashion line in Denver. Anthony Roybal, lead designer, said, “Defiant Society represents anybody that wants to go against the status quo of what society expects us to do. Especially in our generation, we’re expected to go to school, get a job, pay off that debt and die. All of us come from similar backgrounds and we’re so over these expectations. We just want to do what we want to do, when we want to.” Roybal wants people to know you don’t have to follow the set-out path to be successful or even to be happy. 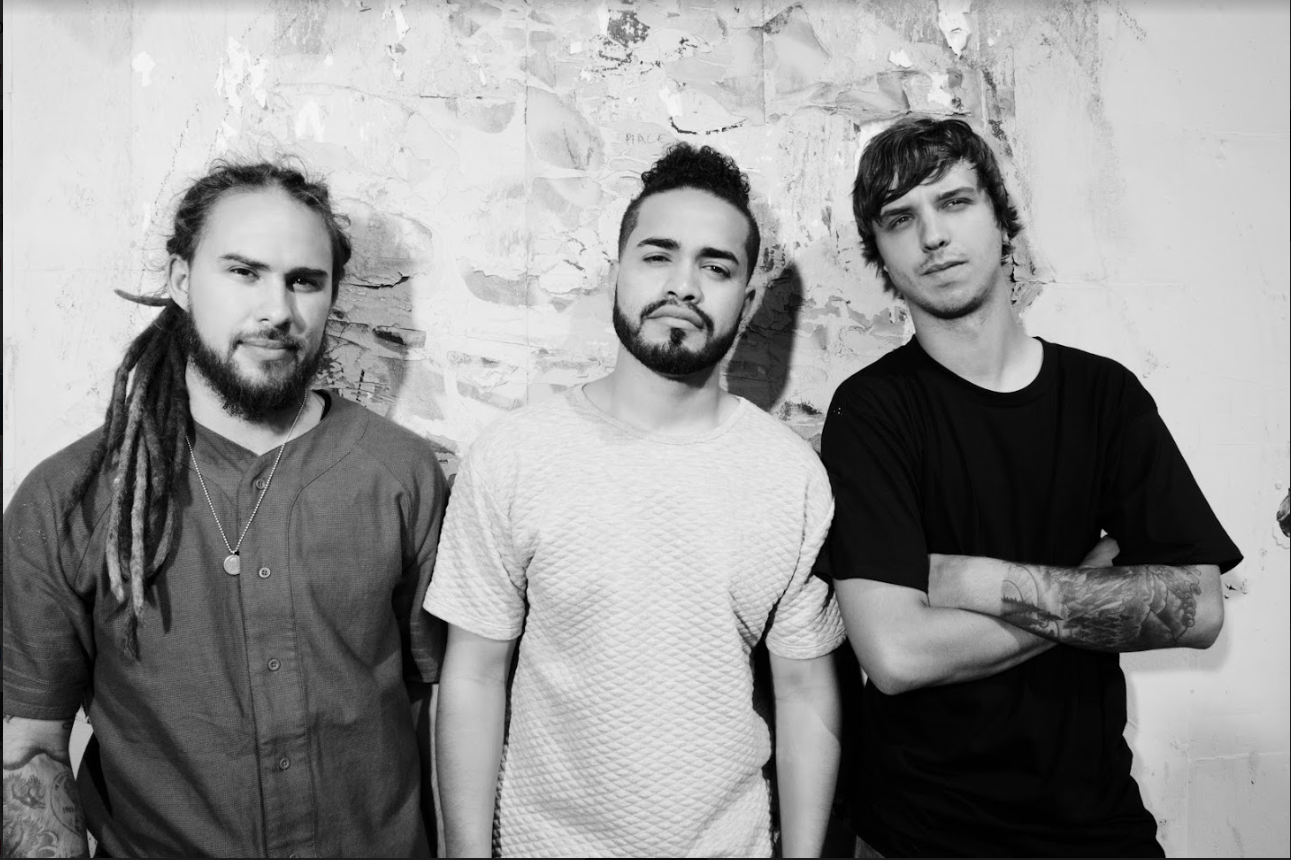 Justin Sturgill, co-founder, explained how Defiant Society’s logo, “Breaking the Rules with Good Intentions” is very representative of the brand’s mission. He said, “When people hear ‘Defiant Society’ they picture a bunch of hood rats running around messing up the environment, but it’s actually a bunch of kids who are trying to inspire others to go against the grain of how society thinks.” Sturgill points out that it’s frowned upon to drop out of college, start a clothing line and be an entrepreneur. “It’s like being a rapper. Nobody ever believes in you but that’s what we’re setting out to do, if you believe in yourself and commit a lot of hard work and dedication then we believe you can make it one day.” 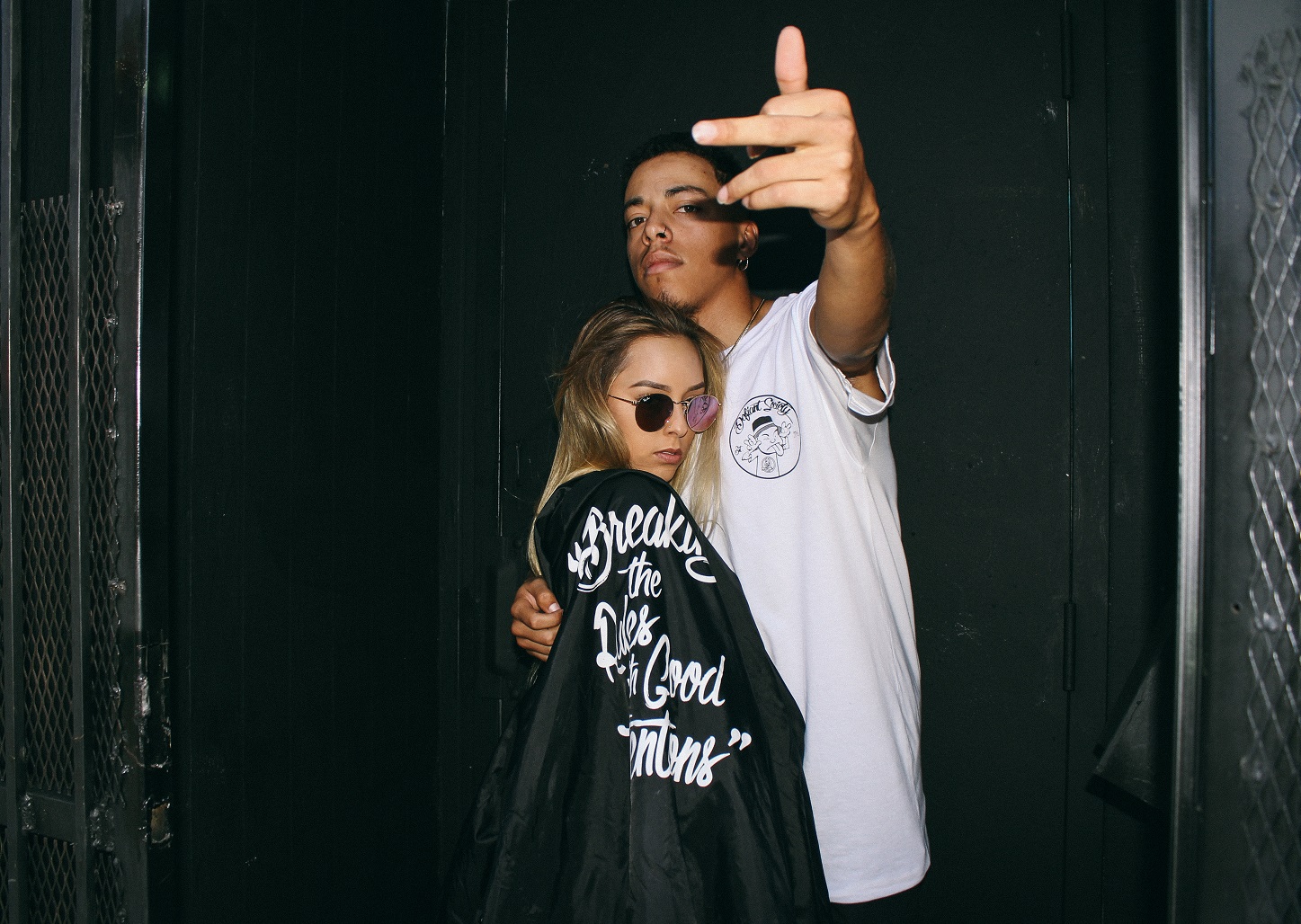 Defiant Society’s strong belief is shared by all three men behind it, who all push the principle forward. Roybal makes the designs. Austin Pitzer, the technical designer, also focuses on headwear and looks out for new fabrics to use. Sturgill is in charge of getting their products in stores. Not satisfied with just making screenprint shirts, their products include socks, shorts, beanies, bomber jackets, shirts, hats, hoodies and windbreakers. The street, hip hop and graffiti are their biggest inspiration as Roybal tell us that they’re not kids that had a great homelife growing up. “It was good enough in our parent’s eyes to graduate high school. An accomplishment they hadn’t experienced themselves,” he said. Defiant Society, for the trio, is a form of expression to take themselves one step further than what everyone else is doing. 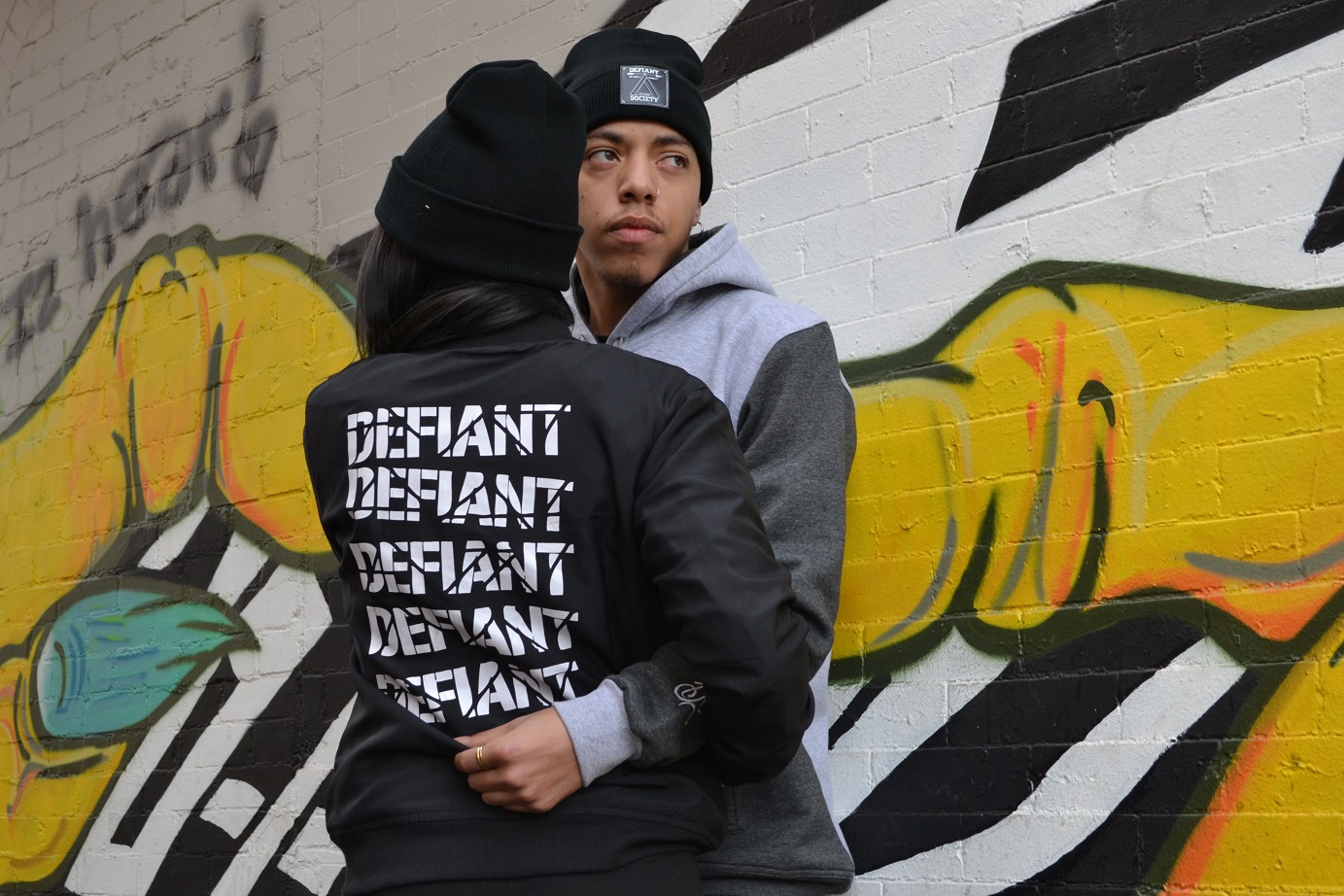 Even though Defiant Society is well underway, it was born out of a senior prank for Wasson High School. Roybal created orange shirts that read “Wasson Correction Facility” with everyone’s school ID number as a prison number and sold them to all the seniors. This humor carries onto Defiant Society’s products with unanswerable questions on their tags. Do dogs think in English? What does the inside of your nose smell like? Do fish get thirsty? Roybal began to think about the questions as a joke but then the trio decided to put it on the clothes in order to get customers to interact with them more. People will be able to submit their own unanswerable questions and the chosen winner will get a free shirt. There’s more behind the quirkiness, however. “It’s cool and funny but it also gets people to think outside of the box, which is a huge part of our brand. Just question everything, some things don’t make sense and people accept that that’s the way it is without questioning it,” said Roybal. He was quick to point out, that even with his appearance, people often accept stereotypes before getting to know him. “When I got dreads, everyone assumed I smoked weed but that’s society’s generalization. I just wanted to push the idea that you don’t have to be a specific kind of person to look a certain way.” 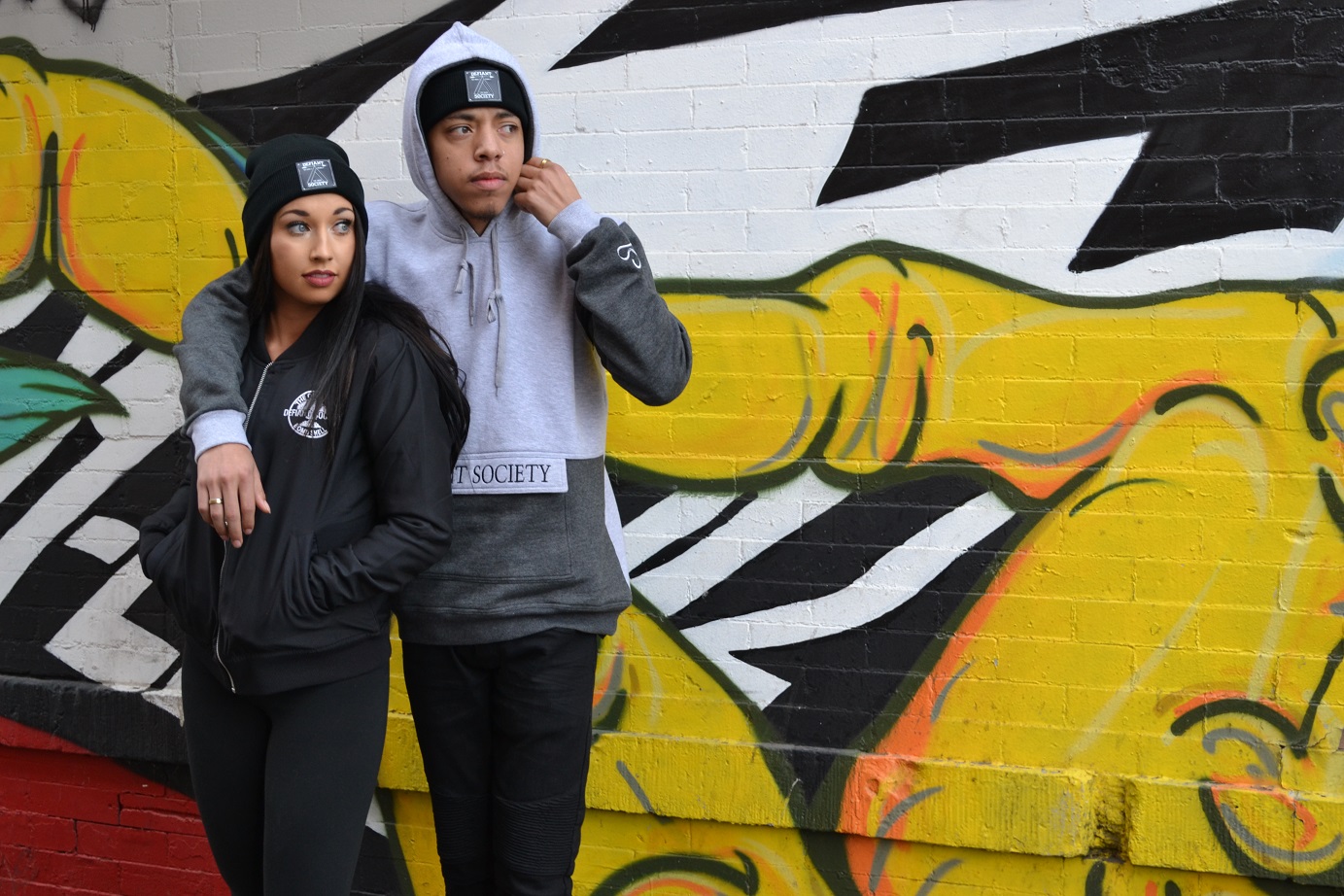 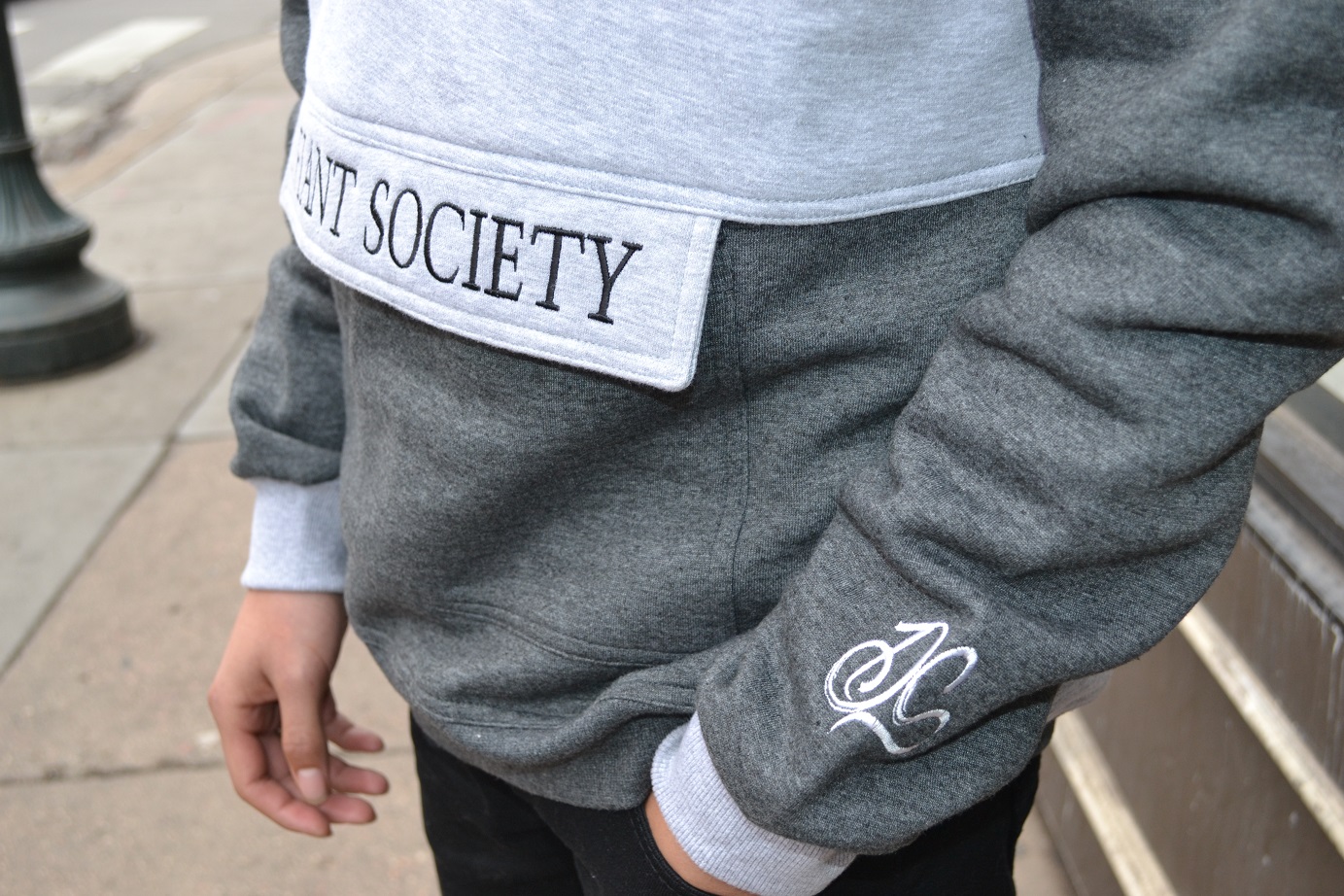 Having a streetwear line in Denver has come with some difficulty, the trio admits. With fashion trends taking their time to come in from the coasts and Colorado being known for its outdoors scene, Roybal explained it’s the responsibility of local streetwear boutiques to push the style. Defiant Society also doesn’t print Colorado pride or weed paraphernalia on their products, which some have questioned but it’s not what they choose to focus on. Despite challenges, the line has also been welcomed with open arms. Defiant Society won the Raw Artists Indie Arts Award in 2012 and participated in Colorado Fashion Week in October 2016.

As much as the trio loves Denver, California is in the future for them. Defiant Society hopes to be one of the top streetwear brands, with weight alongside others like Diamond Supply Co. and Popular Demand. Roybal’s dream is to never report to anyone for work besides himself, and to make it to the top without selling out.

“One of my goals is to be a leader or influencer for minority youth. You drive by a park now, no kids are balling or fooling around, they’re on their phones inside, looking at what everyone else is doing with their lives instead of doing it,” Roybal said. Sturgill hopes to help youth by giving back and showing them hard work pays off. “I want them to see if we can do it, it really can happen. It’s not a new story but it’s inspiring to see it over and over again. I also want a program that makes it easy to get in contact with youth who didn’t have a fair start. It doesn’t have to be in clothing, I believe in entrepreneurship. To give them a platform to help others,” he said. Pitzer, who grew up with a single mom and spent a lot of time at the Boys and Girls Club, wants to reinspire kids to go outside and see the sun and enjoy the use of non-technology that past generations did.

“We’re all defiant in our own way and it’s ok to be that,” said Roybal.