Immersive theater offers more than just a break in the fourth wall for theater audiences. Instead, audiences often become a part of the show itself. It is the type of theater experience that, when done successfully, entices all five senses — sight, sound, touch, smell and even taste. In 2011, British theater company Punchdrunk, launched the resurgence of the immersive theater experience with their New York production of Sleep No More, a Hitchcock-like take on Macbeth staged at the McKittrick Hotel. Since then, theater companies around the world have encouraged audiences to leave the familiarity of the traditional theater setting for the more interactive and participatory experience of immersive theater.

Last year, the Denver Center for the Performing Arts (DCPA) and Off-Center brought the immersive theater experience to Denver with the production of Sweet & Lucky. The success of the production was proof that DCPA has what it takes to stimulate all five senses of Denver’s theater goers, and the company is at it again for its 2017-2018 theater season. 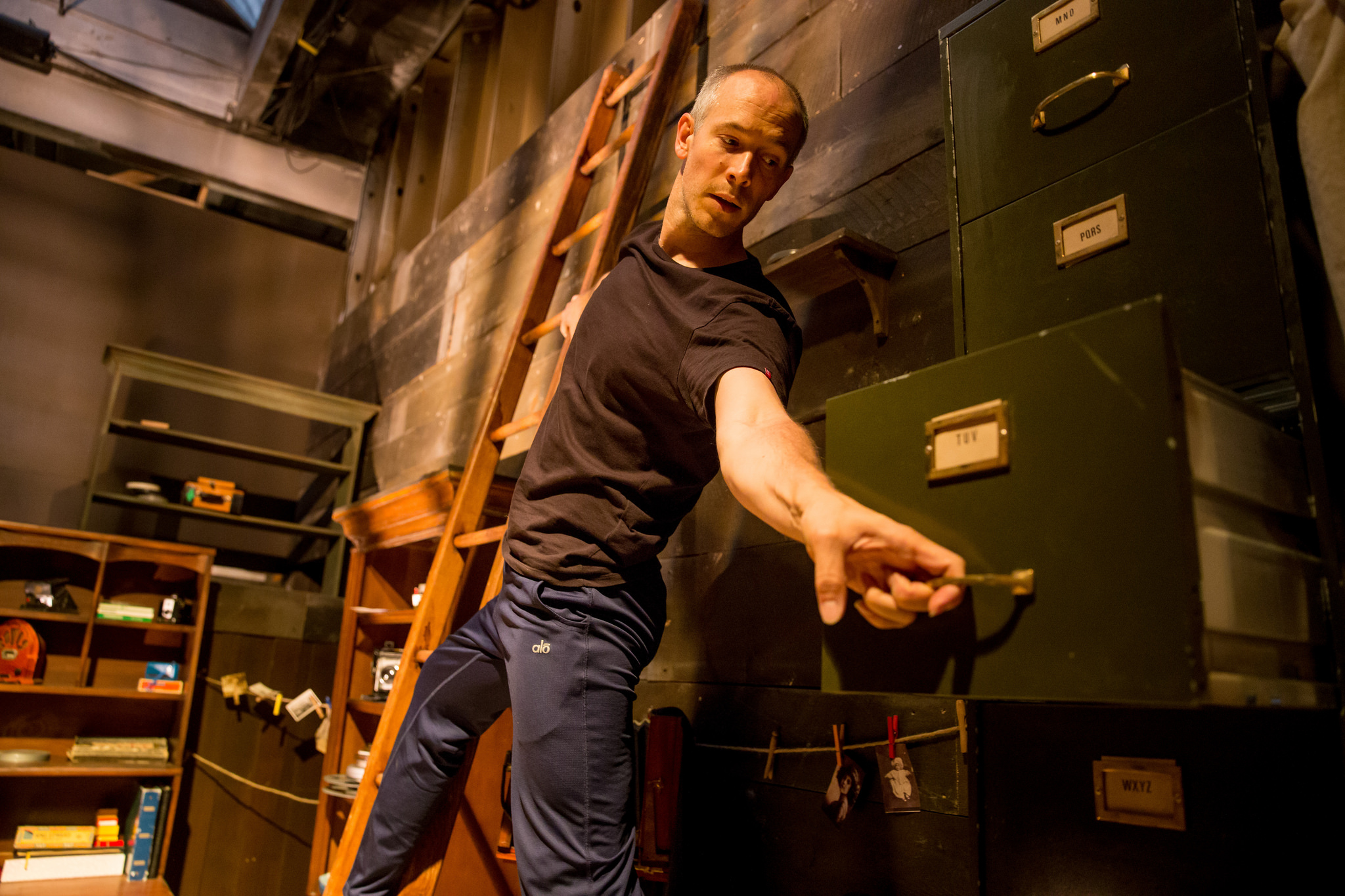 Patrick Mueller in rehearsal for Sweet & Lucky. Photo courtesy of DCPA and AdamVisCom.

For Sweet & Lucky, Off-Center transformed a 16,000 square foot warehouse in RiNo into an audience encompassing set where viewers were immersed in the story and explored each character’s emotional memories against the backdrop of an antique store.

The Wild Party will transport audience members back to the roaring ’20s as party guests of vaudeville dancer Queenie and her violently passionate lover, a vaudeville clown named Burrs. Based on the poem of the same title by Joseph Moncure March, The Wild Party follows an evening of musical revelry that turns to jealousy-filled tragedy set inside of the couple’s Manhattan apartment designed by Jason Sherwood. Sherwood also served as the scenic designer for last year’s production of Frankenstein. 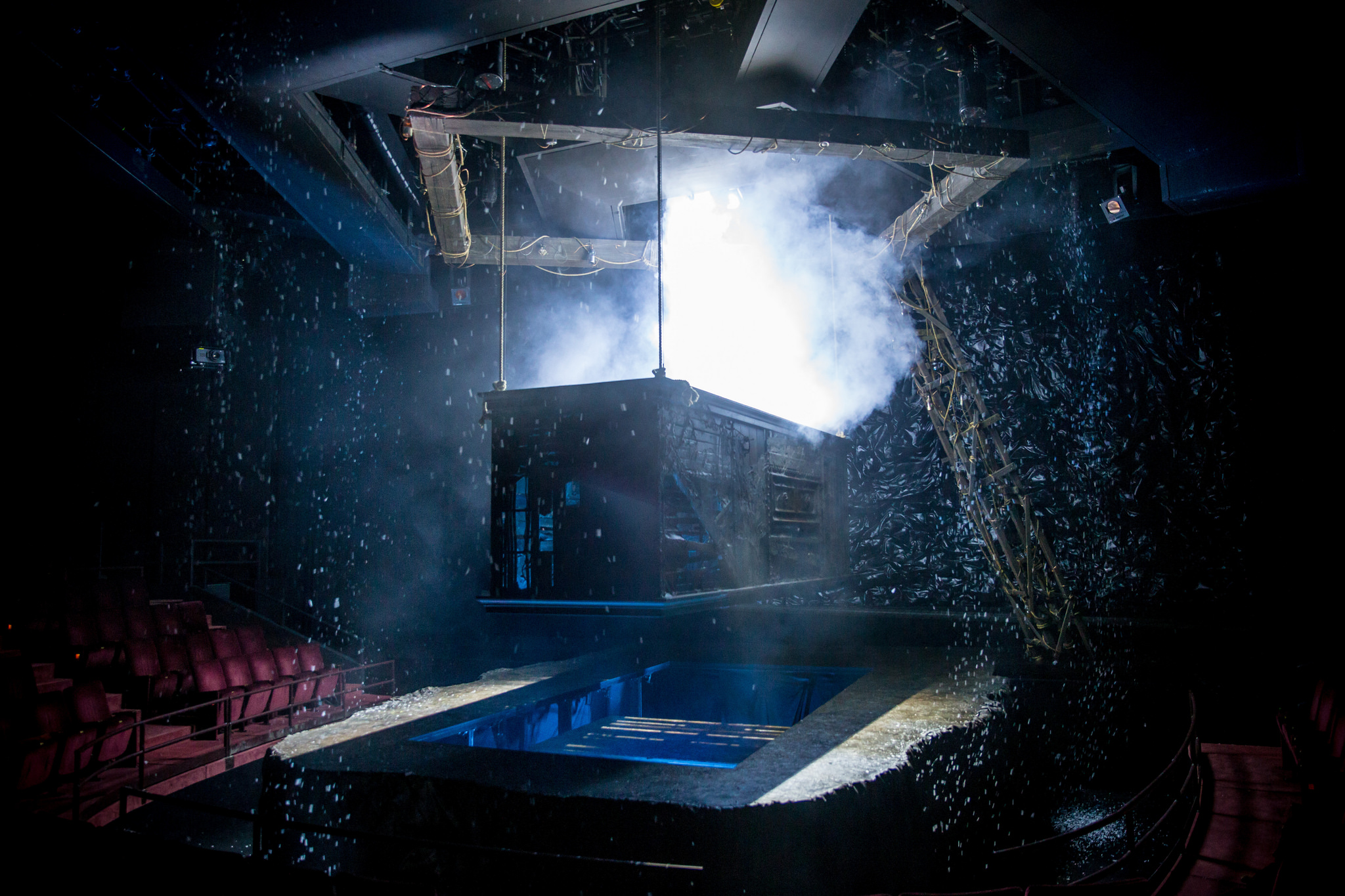 The live band will be in full swing as decadence and inhibitions climax. Debauchery turns disastrous as a gunshot rings out, but just who has been shot? Audiences will find out immersed in a cast of vaudevillians, playboys, divas and ingenues in Off-Center’s unique take on this Broadway musical.

Off-Center’s immersive take on the production of the seven-time Tony Award-winning The Wild Party will be directed by Sweet & Lucky cast member and artistic director of the Boulder-based company, The Catamounts, Amanda Berg Wilson. More of Sweet & Lucky‘s dream team will be contributing to the production of The Wild Party as cast member — Patrick Mueller will be choreographing the dance numbers to music directed by David Nehls.

“Our goal is to transport people to another time through an authentic jazz-age experience and immerse them in the party. We’ll be building out a 1920s inspired apartment in the Hangar at Stanley,” Charlie Miller, one of the curators of Off-Center said. 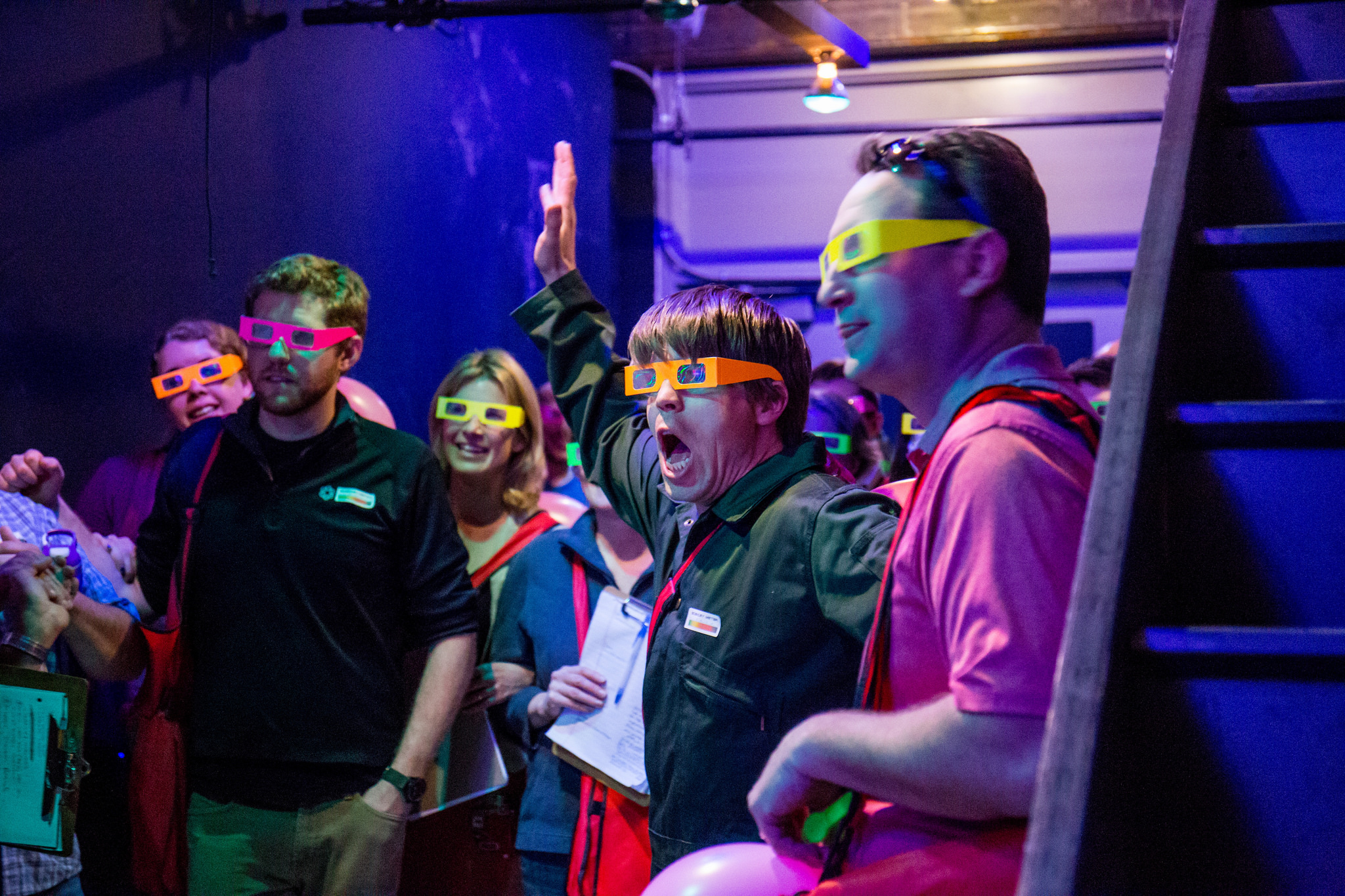 Audience members enjoying the immersive experience of Travelers of the Lost Dimension at the Stanley Marketplace. Photo courtesy of DCPA and AdamVisCom.

Audiences will be encouraged to come dressed to impress as they will be guests at Queenie and Burrs’ wild party, which will transform the fully scripted musical into an immersive theater experience not to be missed.

In addition to the immersive experience of The Wild Party, DCPA will offer 13 more productions in its 2017-2018 season. There will, of course, be the staple holiday productions of A Christmas Carol and The SantaLand Diaries, but DCPA will also be bringing a few new surprises to Denver audiences.

Three plays will explore political and cultural topics in the upcoming season. Human Error will show what happens when red and blue collide in its fertility-story-gone-wrong play about what happens when two couples with polar-opposite values face sharing a nine-month journey full of culture shock, clashing values and changing attitudes. Native Gardens explores the lines that divide and connect us in an all-out war of the neighbors. And Smart People follows the lives of four Harvard intellectuals as they struggle to understand why their lives and those of countless others continue to be undermined by race issues.

The upcoming theater season at DCPA will include a whole new kind of immersive theater experience in the spring and summer with Remote Denver. Remote Denver will take place on the streets of Denver as groups of 50 patrons explore the Mile High City on a guided audio tour. Participants will be immersed in a soundtrack through the streets, sights and rooftops of Denver. A computer-generated voice will guide the group’s movements in real time to discover little-known gathering spaces, back alleyways, dark hallways and public areas with a new perspective.

With a full lineup of 13 productions and one Wild Party, DCPA’s new theater season is sure to entice and engage Denver audiences of all generations.

The Hangar at Stanley Marketplace. Photo by From the Hip Photo.

For more information about the DCPA’s upcoming season, click here.