How Denver Revitalized Theater for the Millennial Age

A night out at the theater has never been as exciting or engaging as with Off-Center‘s productions over the past six years. Off-Center is a branch of the creative tree that is the Denver Center for the Performing Arts (DCPA). Using a simple recipe, Off-Center has whipped up theater experiences for audiences that are immersive, convergent, connective, inventive and now. Those five ingredients are the driving force behind Off-Center’s productions and what has made going to the theater appeal to the appetites of younger generations, specifically millennials.

A unique generation, millennials are often in flux with lower economic opportunities, higher expectations, and rapid technological growth. These factors contribute to a sense of pragmatic optimism that leaves millennials with the conundrum of where to find leading-edge entertainment that gives them a sense of value and community all while providing an unconventional and modernistic experience.

303 Magazine had the opportunity to correspond with two of the DCPA’s Off-Center curators, Emily Tarquin and Charlie Miller who, along with Producing Artistic Director Kent Thompson, have been involved in bringing some of the most cutting-edge productions in Denver to life, whetting the appetites of younger generations such as millennials and bringing them back starving for more.

Emily Tarquin brings with her a background in art and a passion for theatrical experimentation, while Charlie Miller provides a foundation in theater and filmmaking combined with innovative ideas on utilizing technology to tell theatrical stories. Off-Center’s duo, Tarquin and Miller, have helped create several non-traditional theatrical experiences for Denver audiences, most recently, Sweeney Todd and Sweet & Lucky.

Sweeney Todd has taken many forms since it first stunned audiences in 1979 on Broadway. DCPA’s combination of the classic tale paired with local band, DeVotchKa‘s  singular ability to combine orchestral music with their avant-garde musical stylings gave Denver’s theater scene a uniquely thrilling experience and brought in a whole new audience. According to DCPA, The RADvantage membership—a new program in 2015 that gave patrons 18-30 discounted tickets with their membership— saw “the highest redemption rate for Sweeney Todd—over three times as many members attended Sweeney Todd than any other production, including the Broadway tours.”

A vibrant production of dark delights, Sweeney Todd provided millennials a reason to revisit their perceptions of theater and successfully turned those notions upside down all while bringing new blood to an old classic.

Tarquin, whose idea it was to bring DeVotchKa’s unique musical take to Stephen Sondheim’s 37-year-old classic tale, let 303 in on how her vision came to be.

“I felt so lucky. This is an idea I could have easily had alone in my room and never have been able to do. And the fact that Kent Thompson would want to take it on and direct it and make it happen at the Denver Center was just a dream come true,” Tarquin said.

She elaborated, “I was inspired by thinking about what would be a great theater piece that we haven’t done in the Stage Theater and was listening to an album of DeVotchKa’s and just started hearing the opening of Sweeney Todd and thought, ‘This is it, this is the idea to take to work the next day.’ And it was really magical to see how it came together and hear their influence on that classical score.”

The creative team explored the classic themes of violence and darkness in the production of Sweeney Todd through the similar themes present in the music of DeVotchKa.

“To see these composers and these master musicians collaborating when they’ve never even met was very exciting and it certainly got audiences excited,” Tarquin said.

The new musical take on the old classic brought in a much more diverse audience and put the theater on the radar of millennials as one of Denver’s choice venues for entertainment.

“It certainly looked like a different crowd,” Tarquin said of the audiences that came out to see Sweeney Todd. “It is just so rewarding when theater can get the kind of attention that other forms of entertainment do — that it can build that much excitement, especially in people who maybe, normally, wouldn’t have checked it out. We got people who love musicals, who love DeVotchKa and a combination of all of that.”

The Power of Immersive Theater

Long time patrons of the theater are used to going to the theater itself. Instead, Sweet & Lucky brought an immersive theater to the audience.  With 84 percent of its attendees under the age of 55,  Sweet & Lucky drew in a younger crowd through an intimate and interactive experience. Entering through a speakeasy storefront, patrons explored the fragility of memory right alongside the actors in the setting of a mysterious antique store, navigating a labyrinth of scenes intricately created inside of a large warehouse on Brighton Boulevard in Denver.  Spectators became a part of the story as they explored emotional flashbacks involving characters whose evolution spanned decades. Miller spoke about the challenges that came with bringing Sweet & Lucky to life.

“We had begun experimenting with immersive work in the years leading up to it, but as soon as you have a ginormous empty warehouse, it’s a totally different ballgame,” Miller said.

The DCPA’s Off-Center collaborated with New York-based Third Rail Projects who brought their site-specific and immersive theater expertise to the production of Sweet & Lucky.

“There’s nothing that will make you realize why we built theaters the way that we did until you do an immersive piece,” Tarquin stated.

The production of Sweet & Lucky brought about a lot of challenges for the creative team from obtaining permits to having to change up roles and become parking lot attendants, cleaners, and even bartenders for a pop-up Williams & Graham. The transformation of a 16,000 square foot warehouse was also challenging in that it required a massive set where every single detail had to be executed perfectly.

“Even though we have an incredibly talented team that can build sets and make them beautiful, this was five times the size of what we normally do,” Miller said. “And on the stage the audience doesn’t touch everything so you can get away without detail in certain areas. The audience never opens the desk drawer on stage. Here, we had to think about every tiny detail. It was a tremendous challenge.”

Miller, Tarquin, and the rest of the talented individuals that contributed to the production of Sweet & Lucky certainly rose to and overcame those challenges to produce a piece of theater that won over the hearts of audiences in a real, tangible way that only an immersive experience can create.

“Whatever you feel about immersive theater, you cannot deny the impact and the effect it has on and audience,” Tarquin elaborated. “It’s really moving to see. A lot of our actors shared how intimate and personal and emotional their scenes would get. And getting to be that close to an audience and see their reaction is a true partnership in creating that performance.”

According to DCPA 84 percent of the audience surveyed from Sweet & Lucky were under the age of 55.

With innovative productions such as Sweeney Todd and Sweet & Lucky, it’s no wonder that DCPA and Off-Center have engaged the attention of millennials and younger generations as a whole.

“One thing we’ve learned in our research, both formally and informally, is that millennials aren’t necessarily thrifty. People will be willing to drop money on something if they feel it is going to be valuable to them. People will drop $60 on a bar tab on a Friday night, or they’ll plan months in advance and buy tickets to a concert at Red Rocks that they really want to see. So for us, it’s about having a variety of options, some of which are less expensive and less formal. It’s also about giving people a complete experience so they really do get their money’s worth when they come,” said Miller.

Getting put on a list of regular things people enjoy doing in their free time is a goal of DCPA and Off-Center. While both are achieving that goal, both are helping to grow Denver’s theater scene as a whole as well. DCPA’s Off-Center has expanded its reach by collaborating with various artists in realms outside of traditional theater in order to engage with a broader community and enhance the audiences’ theatrical experience. These efforts have drawn in millennial patrons as they enable the younger generation to have a wide variety of opportunities to engage in and enjoy the arts in Denver. The impact of their efforts is shown through a steady rise in attendance numbers. In 2015, Colorado ranked number one for performing arts attendance in the nation.

“It really is a rising tides raises all boats situation,” Miller said. “Overall, I just think the more arts there are in Denver, the more it can be recognized as an arts hub. A lot of the reasons people come to Colorado are adventurous in nature and that speaks a lot to what we’re trying to do and an audience that might like a more active or different live performance experience.” 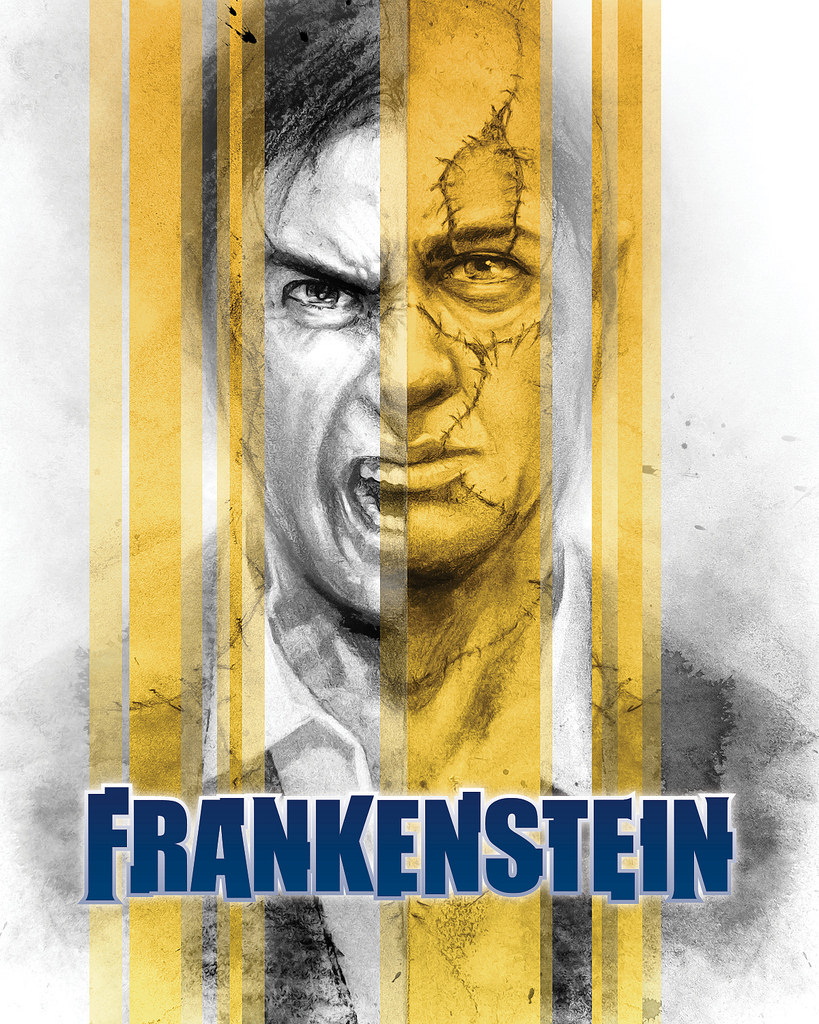 More active, creative, live performances are on the horizon for DCPA and Off-Center this season.

“We’re in the midst of our current season. A lot of it is unknown because we’re creating it right now,” Miller said. “We’re partnering with a local group on our next experiential, off-site piece. We don’t know much about it yet, other than that it’s going to be in public spaces and it will be very participatory. We’re hoping it’ll involve elements of scavenger hunts, escape rooms and bar crawls.”

“There’s no bolts in the head in this production. It’s very cinematic,” Tarquin said.

The past and future productions coming out of DCPA and Off-Center are constantly changing the expectations of millennials and generations of younger audiences by providing a unique and authentic theater experience.

“I think we’re in an era where experiences like theater can provide intimacy that people are lacking because of the increased technology and the isolation [it brings]. Theater can really be a community center and cultural hub where you can get those connections,” Tarquin said.

The tree that is DCPA is growing and its creative branches, like that of Off-Center, are thriving in the spotlight. Millennials and younger generations will continue to find the fruits of that tree enticing and fulfilling as the creative minds involved take five simple ingredients and make a batch of unique and inspired theatrical offerings in the season to come.

Author’s Note: Special thanks to Hope Grandon of DCPA for helping to put this article together.