Alamo Drafthouse to Open Denver Location in May

Alamo Drafthouse, an Austin-born cinema known for its all-inclusive amenities and enthusiast-focused events, is ready to open its second theater in Colorado. The initial location in Littleton opened to much fanfare back in 2013 across the street from the Mineral Light Rail station in the Aspen Grove shopping complex. The new Denver spot will share some of these similarities with its suburban sister since it’s located right near another Light Rail stop and also inside a new complex. Except for this time swap out shopping mall for an apartment complex and Littleton Mineral station for Sloan’s Lake Perry Street and you have the newest Alamo.

Opening on May 15, the Denver iteration will kick off its season with a blockbuster screening of Guardians of the Galaxy followed by similar big screen productions such as Alien: Covenant, Baywatch and Pirates of the Caribbean: Dead Men Tell No Tales.  The new spot will have all the makings of its typical format with a full bar and restaurant alongside eight screens with a total of 778 seats. Movie-goers can enjoy in-theater dining inside all eight theaters and grab a drink inside a full-service bar called “BarFly” named in homage to author/poet Charles Bukowski’s screenplay of the same name. The interior will also be themed around “the Beat poets and Denver’s art scene.” Lead by creative director Steve Bessette, BarFly will have 32 taps of local beers, as well crafted cocktails.

To celebrate the opening, Alamo Drafhouse is giving away a year’s worth of theater tickets in the form of a customized pass. In order to enter, you must flex your movie knowledge by taking a five-question quiz online here or sign up for the Alamo Victory rewards program at drafthouse.com/victory. The contest began on Monday, April 17 and will run until Friday, June 30. One winner will be announced on Wednesday, July 5. The pass is equivalent to $4,562 in movie theater tickets. 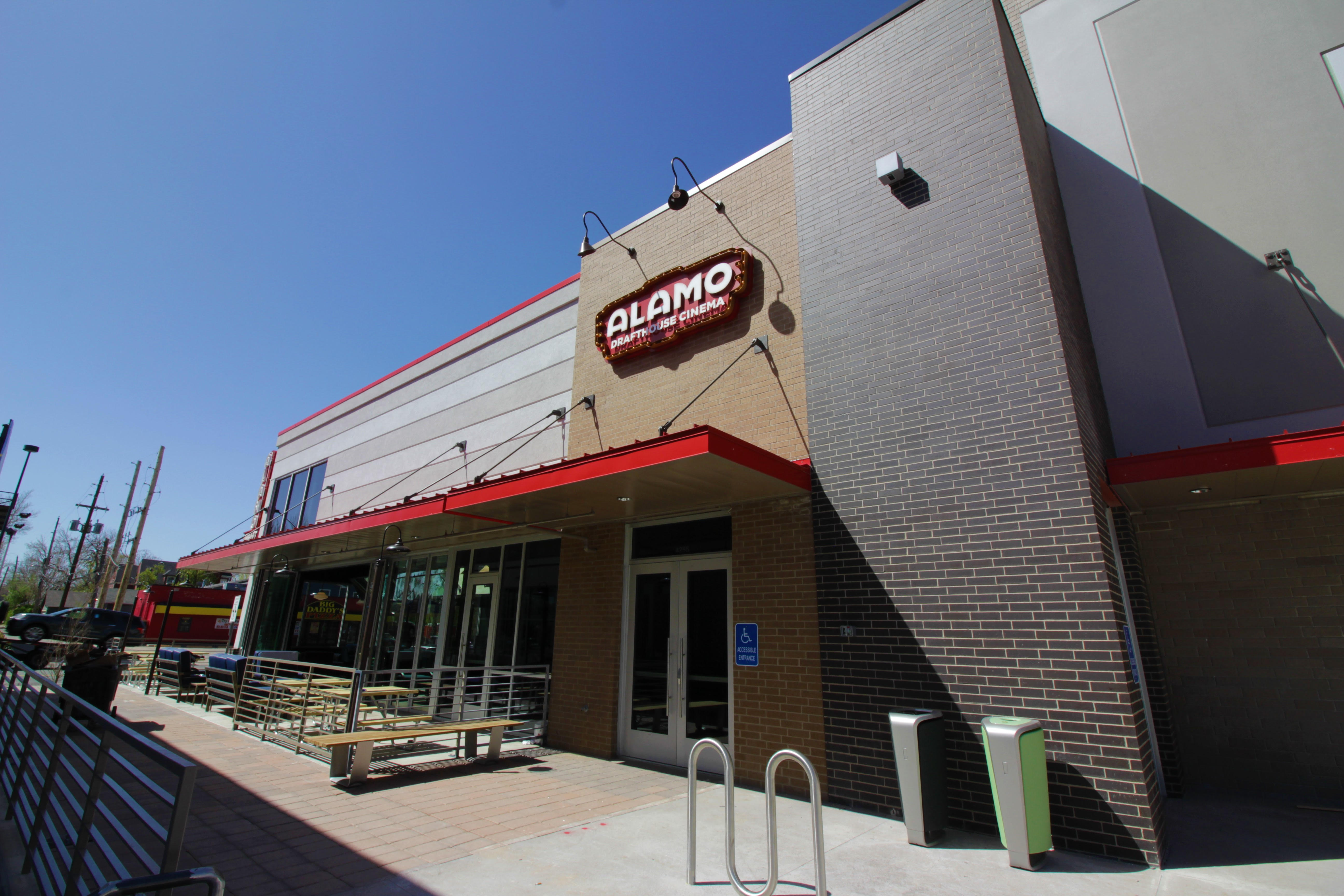