Colorado music fans are lucky because Denver is home to musical talent of all sorts. If you are looking for new music from any genre you won’t find any shortage in the Mile High. But some people think that there needs to be platform to showcase local talent and give recognition where recognition is due. That’s why Damian Burford wanted to highlight the punk scene in Denver by creating a two day punk festival called Don’t Panic Fest. The festival will showcase the diverse punk rock community in Colorado at 3 Kings Tavern, Hi-Dive and Mutiny Information Cafe. Burford is no stranger to the music industry. He has run music venues, booked and promoted shows, done stage handling and currently hosts his Mostly Harmless Podcast which where he interviews bands — local and otherwise. 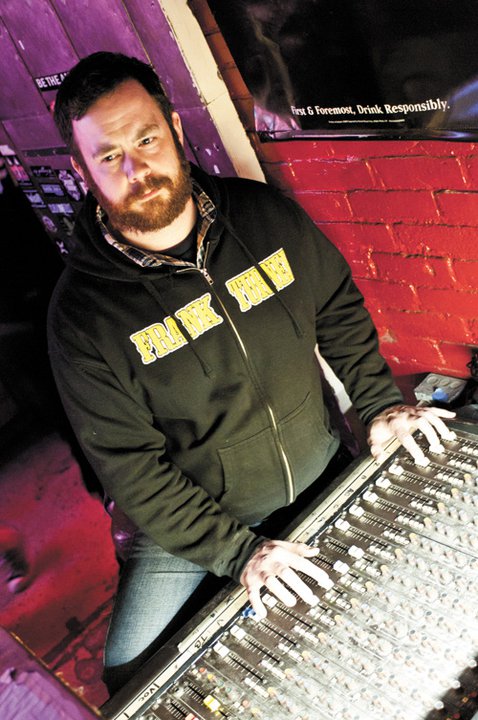 303 Magazine: How would you describe Don’t Panic Fest?

Damian Burford: I would describe it as the original goal was to showcase some of my favorite and some of the best Colorado punk bands of varying degrees. Some of the bands aren’t necessarily punk rock, there aren’t a lot of Mohawks. But the festival is of that sort of counterculture kind of attitude and ideal and to just showcase some of the really great bands in Denver that I don’t think get enough or as much credit as they deserve. And then to also bring in some of my favorite headliners.

303: So then, are the bands performing going to be native to Colorado?

DB: A handful of the headliners and bands are from out of town. But [we are] using those guys as anchors [and then] showcase the best of the best of the locals. I feel like just having locals wouldn’t be enough, but it’s cool because we are going to get some people who don’t usually come out to shows come out and see some of the best bands like Lawsuit Models and Black Dots, which are great bands but just don’t get  some of the exposure they deserve yet. 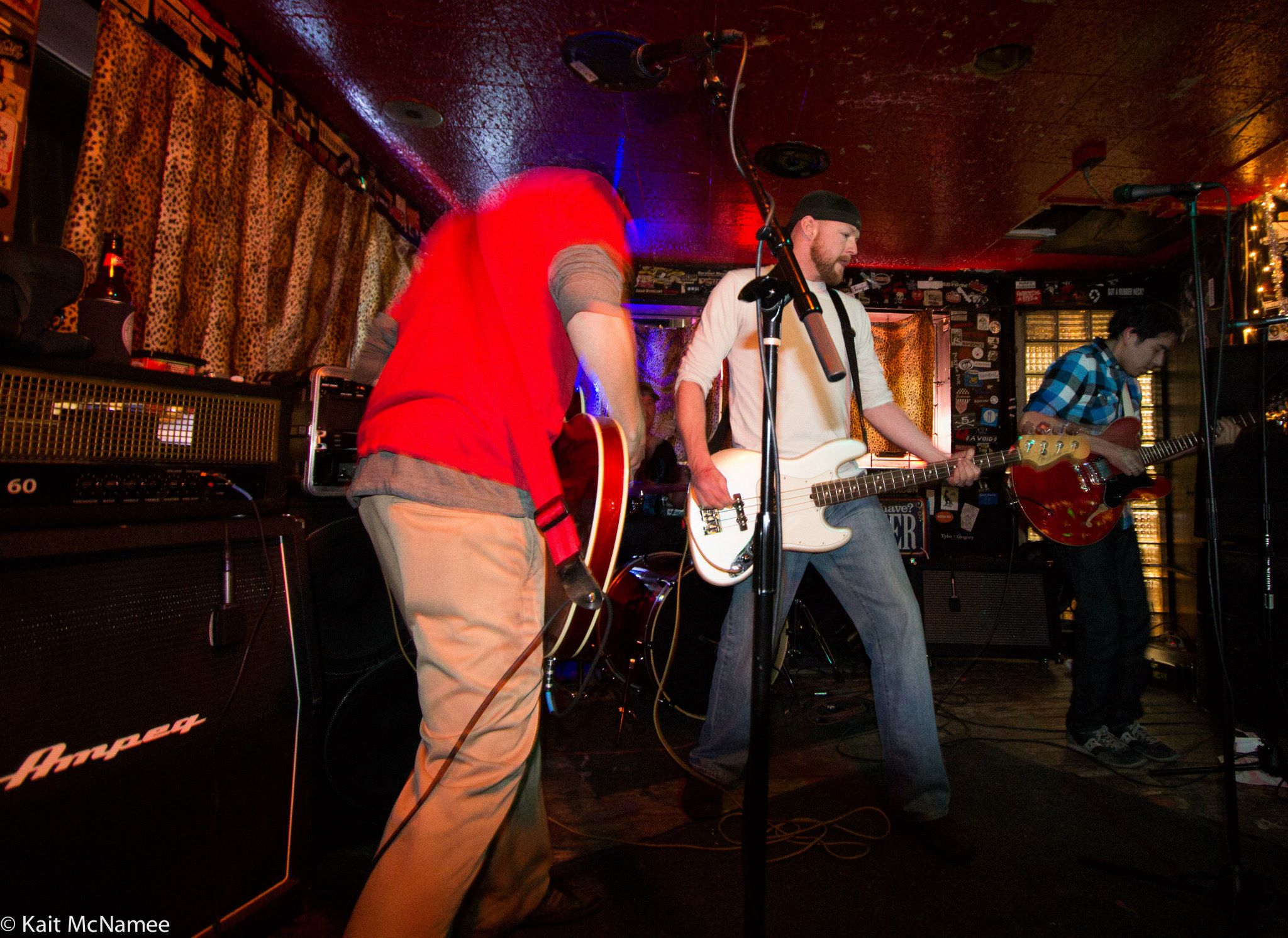 303: So how did you find the bands that you chose for the lineup?

DB: I knew most of them. Just from years of working in music venues, doing the podcast and I do a little bit of writing for a magazine called New Noise, a punk rock magazine… so I knew all of the guys just through hanging out. I’m kind of a staple at most punk rock shows in the area of the kind I like, so I literally went through my phone and Facebook friends list and just asked all my buddies. And the best problem we had was that most of them said yes. We had a list of 50 bands and from that list we picked the first 30 and from that 25 of them said yes. We are going to try and do more special event under the “Don’t Panic” name later on.

303: Then does your podcast tie into Don’t Panic Fest at all?

DB: The idea leading up to [Don’t Panic Fest] was we were going to do a podcast a week focusing on one of the bands playing or one of the people involved leading up to the festival [like] PR. Typical me, I bit off more than I could chew and so all of that energy is in the festival, so I don’t have any extra energy to use for the podcast. I’m still being creative and doing stuff and being creatively rewarded, just a different drug.

303: Are you planning on making Don’t Panic Fest an annual punk rock festival?

DB: That’s the goal. We did this one as fiscally smart as we could. That’s a word I thought I would never use as a very very liberal [person], but when it’s your own money on the line you try to be as smart with your money as possible. Most festivals don’t break even for the first few years, and as long as we break even on this, which, the way we’ve mapped it out and budgeted everything,  we’ll be pretty close to breaking even. 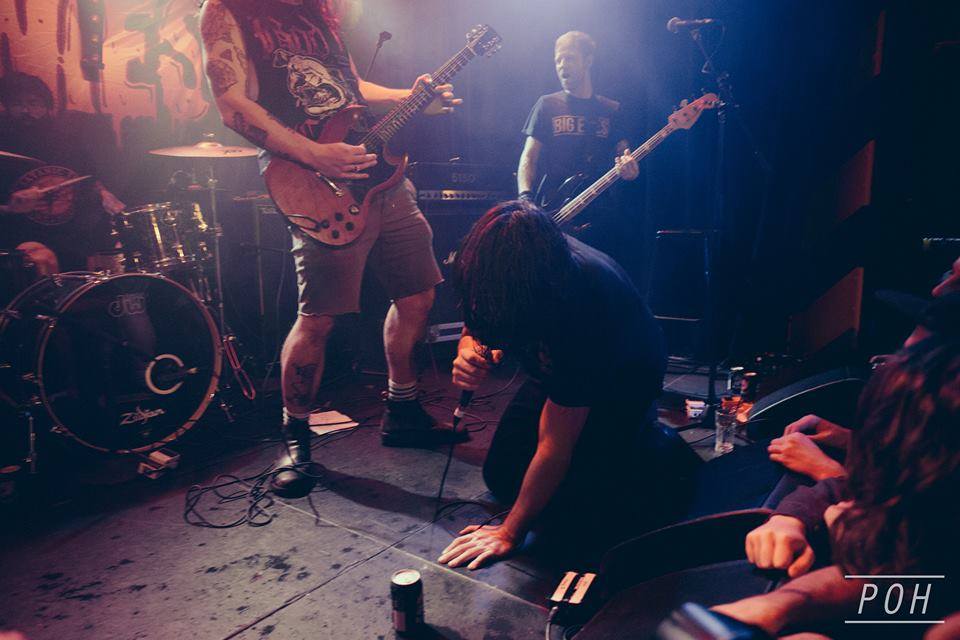 303: Is there a big difference between the two days of the festival?

DB: There’s a little bit of difference. The first night the idea is it’s going to be an older acoustic punk rock night. The Friday night is sort of the older guys show. This band called PEGBOY, who haven’t played in Colorado in like 17 years, they’re a very legendary kind of underground band, they’re a musicians musician kind of band. The people that love them are obsessed. They were kind of a ‘Hail Mary’ for us to book. The second night we have a band called Mean Jeans, which is a lot younger. They kind of fit this mold of this more party, garage band type rock, which goes really well against Off With Their Heads which is playing at Three Kings that night, which are more of the raw emotional punk rock. So under the guise of the festival we booked four similar yet different shows.

303: Why do you think that Denver is a good place to have a festival like this?

DB: I mean first off all the bands themselves are so supportive. They are super on board, overwhelmingly so, I’ve never in all my years of booking shows [seen this]. Most of [the shows I’ve booked] came from Colorado Springs, but there is just something special about the guys that come from Denver. They know there’s something special here. They’re excited and happy to be a part of it. They are really pushing things and working together to make this the best that we can. So the sense of community involved and knowing that if it goes well then it benefits all of us together.

303: Would you describe the punk rock scene in Colorado a close-knit community?

DB: Pretty much so. Like in any kind of music scene there are a bunch of sub-genres and sub-sects and what not. But the part of the world that I’m involved with I know almost everybody. We are all in it together and we all are a fairly tight-knit group and collection of people. And there isn’t any way this would happen if were weren’t. I wouldn’t want to do it if there wasn’t that kind of community and connection. 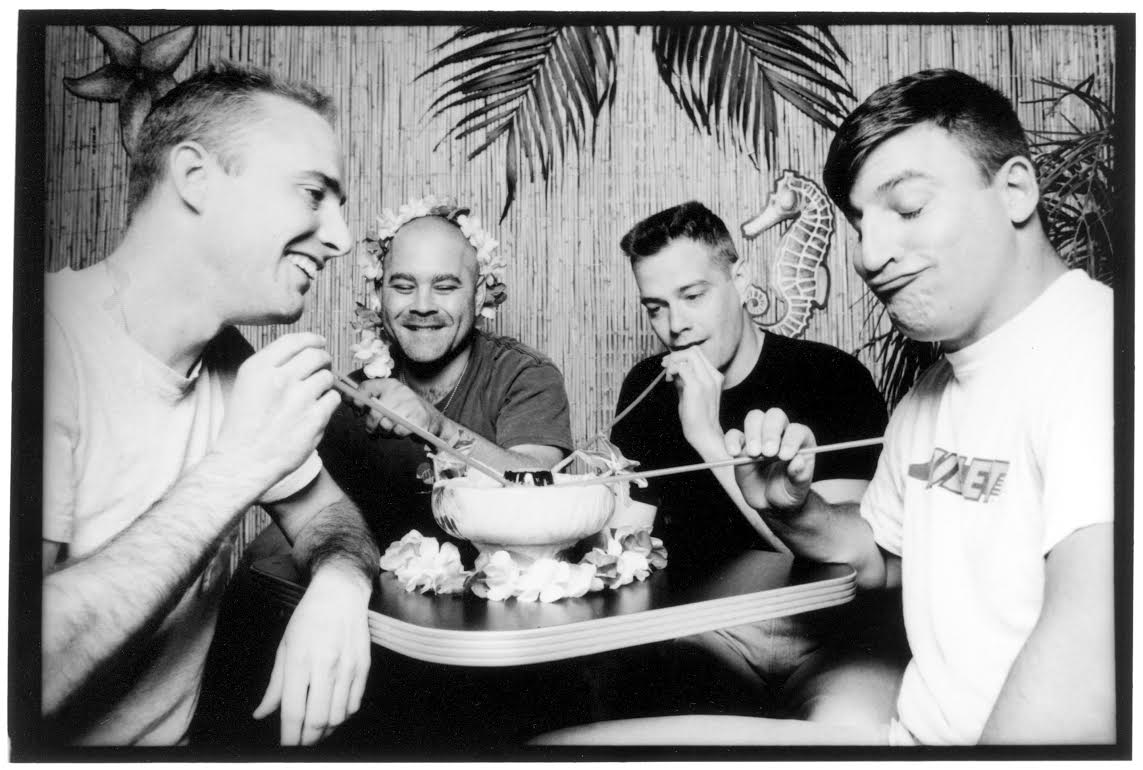 303: Who are you the most excited to work with?

DB: Working with PEGBOY is pretty great. I’m fortunate enough that through the podcast I know a majority of the touring bands. As far as on a local scale, I’m really excited for people to see Lawsuit Models, Black Dots [and] Screw Tape are going to be great. They are going to being playing the all ages stage at Mutiny. Somebody said that it’s not punk rock if it’s not all ages. And we couldn’t do all ages at Three Kings or Hi-Dive just based on their liquor laws, so even before we announced we decided we would do showcase shows at Mutiny that were all ages and we made them free to involve that younger community. And secretly those are some of the best local lineups that this town has seen in a long time. People are almost more stoked for those Mutiny shows. And the bands are excited too because they get to play on the floor, like a tight-knit bookstore.

303:  Was it easy then to book these venues or how did you choose them?

DB: I just know everybody. I just moved out of the Baker neighborhood, but my Denver existence of the last three years has been living in Baker walking up and down the street. And having run the Triple Nickel Tavern in Springs, I built a really good connection with the guys from 3 Kings because we would throw shows to each other… so I already built up these relationships with these guys. I do my Mostly Harmless live shows at Mutiny and they go over pretty well and I’ve known the owner of Hi-Dive, Maddy, for years and years and so it was really just a no-brainer. And especially because of the close proximity between all three of them, its like, why wouldn’t we do it there?

303: Do you anticipate on selling out?

DB: Tickets are selling pretty well. Denver’s not known for buying pre-sale tickets and we’ve done really well considering people in Denver don’t by pre-sale tickets. And there is some buzz and some excitement and I hope to sell out. I anticipate the two-day passes we have to sell out and then there will be individual prices for each show. I expect it will do well. We are feeling very comfortable. But we are all old men. We don’t want to super sell all the places out, so we are limiting the capacities for some of the places because as an old man I don’t [if I want to] scrunch up with everyone.

303: How does the punk show atmosphere differ from any other kind of show for you?

DB: Its probably the collective energy. I don’t know. I just feel at home in that environment.

Whether you are a punk fan or not, Don’t Panic Fest will be showcasing local talent you don’t want to miss. Be sure to snag tickets before they sell out. You can get them here. And if you want to know more about the bands stopping through Colorado be sure to check out the Mostly Harmless Podcast here. 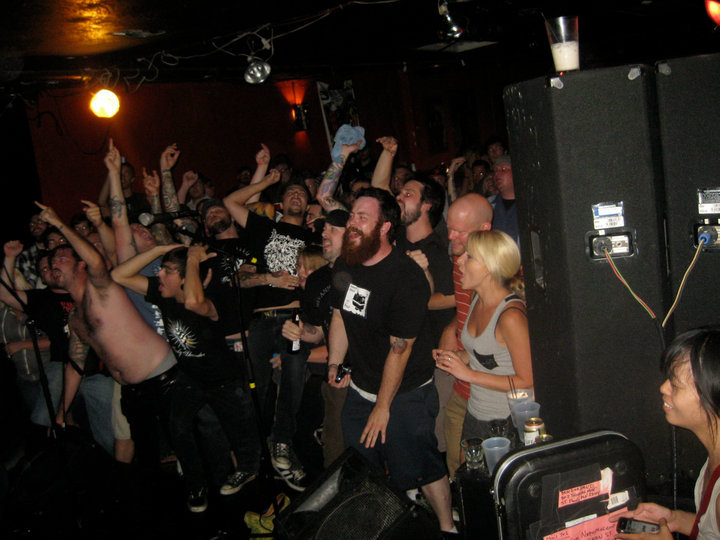