Are Pop-Up Shops The Future of Retail in Denver?

We’ve seen them from everyone from Kate Spade to Kanye West. They’ve sold anything from lingerie to alcohol. While they are a sensation on both coasts, Denver is finally getting in on the action with their own pop-up shops.

Like any other trend, pop-up shops started on the East and West coasts, slowly moving their way inward towards Denver. In Los Angeles and New York City, celebrities and musicians open pop-up shops constantly, whereas, in Denver, they are far and few between.

Last year, Denver hosted pop-up shops from Tamagear, Ball and Buck, Modcloth, and Moonlab Apparel and Gifts. Each took over a vacant storefront for a few months in various Denver neighborhoods. 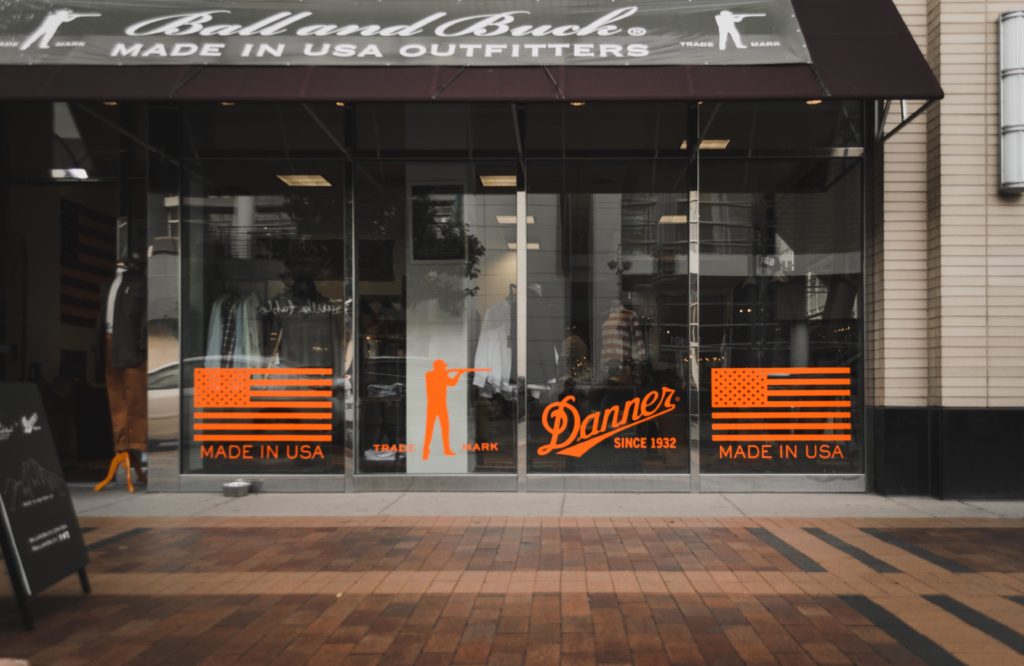 Ball and Buck’s pop-up shop in Cherry Creek, which ran throughout August 2016. Photo by Austin Cope.

Denver’s retail rent prices have risen drastically over the last 10 years because of the influx of people. The average price for commercial real estate in downtown Denver is $22.53 a square foot. Because of this, retailers are looking for creative ways get their product to the people.

Amazon is embracing this idea with their pop-up shop in Park Meadows Mall. The store is between 300 and 500 square feet, offering a full range of Amazon devices including Fire, Fire TV, Echo, Dash button and Kindle. Consumers can stop by and test out the products themselves, ask an expert and purchase products. About 30 pop-ups are open nationwide, set to expand to 100 this year.

Pop-ups don’t just have to be for retailers – musicians are getting in on the act too. The Band Perry is coming to the Gothic Theatre March 18 as part of their eight-show “pop-up” tour to promote their new album, My Bad Imagination. The band wanted to give their fans a first look at their new music in an intimate setting at their favorite small venues while also offering collector’s edition merchandise for purchase.

The focus of pop-up shops is to connect with consumers, whether it be food and drink, clothing, technology or music. With brick-and-mortar stores struggling, pop-ups let brands go to the people, building relationships and brand loyalty by way of a face-to-face presence.

In the world of online shopping, consumers still crave face-to-face interaction when they are shopping to physically see and touch a product or to just ask an employee for their recommendation. This is why pop-ups can be successful, especially in a place like Denver.

A pop-up shop is an event or venue that is temporary – “popping-up” one day and disappearing the next. Today’s pop-up shops are open for mere hours or months.

Pop-up shops aren’t anything new; they have been around since the ’90s, becoming popular in the last 10 years. So much that businesses are exploiting the niche and beginning to specialize in creating them.

Popshopolis, a subsidiary of EPS-Doublet, started about 10 years ago with the intention to fabricate pop-up shops from scratch at their headquarters in Denver. They are a full-service company, designing and fabricating the shop; delivering and transportation of the shop; helping with finding the perfect location and staffing the shop. They create dozens of pop-ups each year for clients around the world.

Smaller apparel companies such as lingerie retailer True&Co and outdoor retailer Cotopaxi along with larger alcohol brands such as Ketel One and Maker’s Mark are just some of their notable clients. While 90 percent of their business is out-of-state, the company notices that a lot more Denver businesses want to start creating pop-up shops of their own. 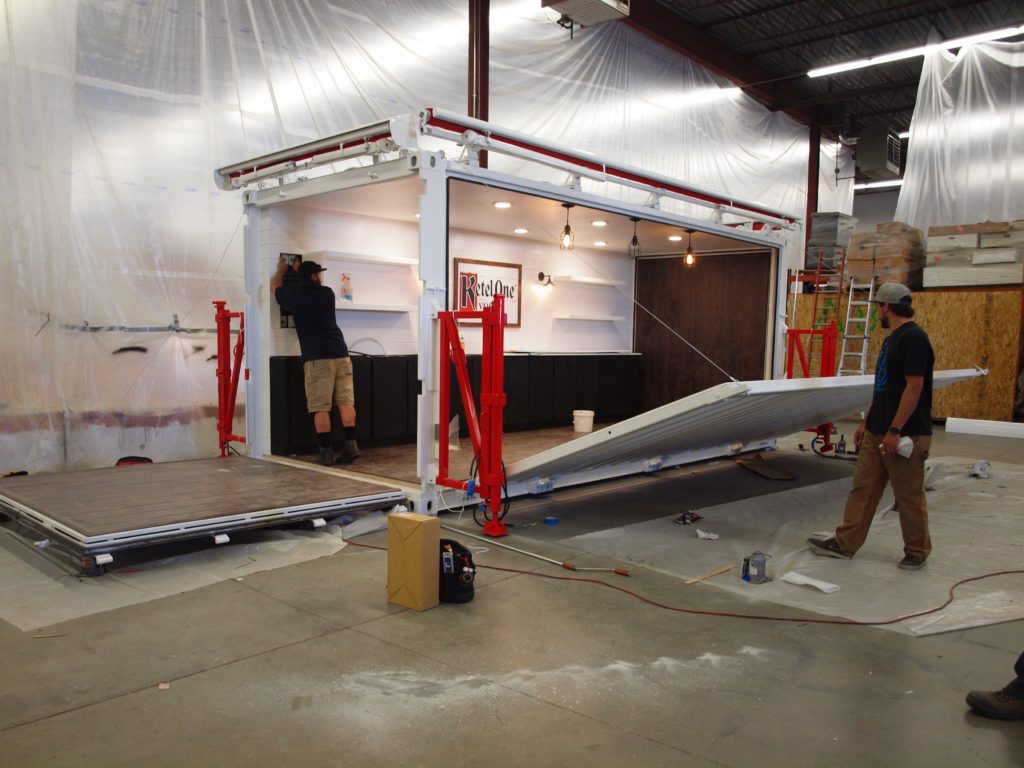 A Ketel One pop-up shop in the process of being created at Popshopolis’ facilities in Denver. Photo courtesy of Popshopolis.

Both startups and larger brands use pop-up shops, but in different ways: Startups use the concept to mainly sell their product, while larger companies use them as a form of promotion to market their brand.

“It’s a little bit of a different story when you are promoting a product versus selling a product,” said Grant Leasia, vice president of EPS-Doublet.

According to Gian Lasher, head of client development, pop-up shops started out as a form of experiential marketing for larger agencies to create a “wow factor.” This has led larger brands to use pop-ups as a marketing technique to build brand engagement and recognition.

Popshopolis specializes in creating mobile pop-up shops, made for clients who want to take their brands on the go. Upcycling shipping containers and transforming them into mobile units that can be driven around the country is their most common fabrication technique.

“People are more attracted to that because it stands out among the rest of your clothing or retail companies and brands who are trying to serve up their product in a simple tent,” Lasher said.

Denver has seen both food trucks and fashion trucks, but not mobile pop-up shops. The difference being that the trucks serve as the main body of the shop and the transportation, while these mobile pop-ups that Popshopolis does are an entire store build on wheels to transport easily. The unit is larger and holds more merchandise, feeling more like a storefront than a truck.

For startups, pop-ups help brands to introduce themselves by their attitude, not necessarily using merchandise to make a lasting impact. Startups can use pop-ups to be original and creative, helping to level the playing field with larger brands.

“This has turned into the primary business model for some smaller startups, who don’t necessarily have the capital or the runway to put a lease on a brick-and-mortar store and go that [the pop-up shop] route,” Lasher said.

Pop-ups also allow startups to be nimble and flexible with both location and hours. Smaller inventories encourage brands to operate in smaller spaces. Mobility cuts coordination and cost for these startups who are strapped for cash. 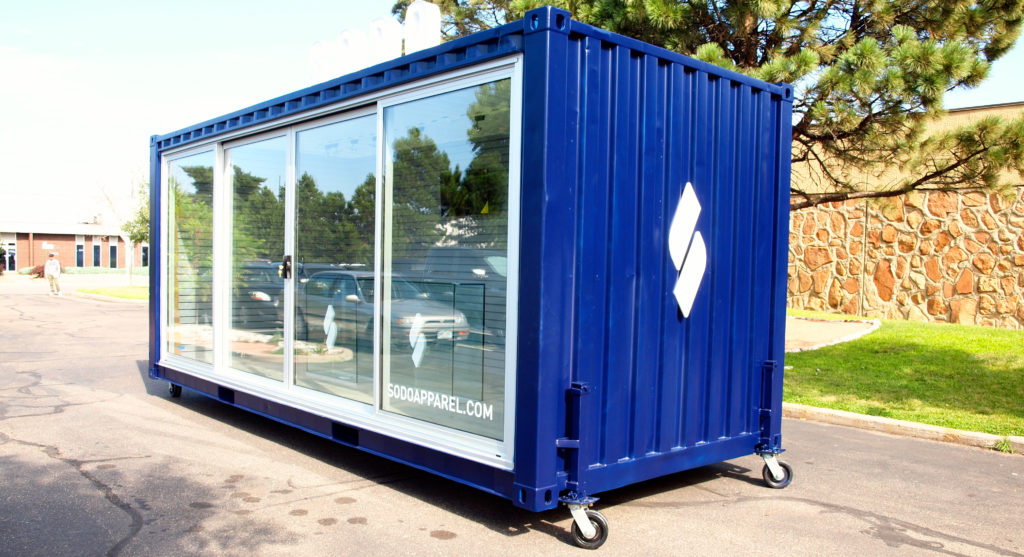 With its sense of spontaneity, pop-up shops offer surprise and delight for customers.

“If you create that buzz of something that is going to show up on a given day, at a given intersection, in a certain city, there is a lot of buzz with that. Then as a shopper, you feel like it’s going to be there forever so you want to buy while it’s there before it leaves,” Leasia said.

Both Lasher and Leasia agree that pop-up shops are evolving from full-store takeovers to mobile units. This evolution stems from two problems – bringing people to your shop, and the rising rents of retail spaces, problems very relative to Denver.

“With the temporary takeover of the store, you are now under additional pressure to try to bring people to that shop within that short period of time to see if you can make that bang for your buck,” Lasher said.

Mobile pop-up shops let businesses go directly to the crowd. Leasia and Lasher recommend opening pop-up shops in areas of high foot traffic, during an event or at a brand-appropriate location.

For Denver, this can mean having a pop-up at Larimer Square or 16th Street Mall, areas with high foot traffic. Sporting events at Mile High Stadium, Coors Field or the Pepsi Center can be another place to draw crowds, before or after a game. Brand-appropriate locations can be in a Denver neighborhood for a small boutique or a retail Mecca like Park Meadows. It depends on the brand, what they sell and their intended audience.

In Denver, Popshopolis is constructing pop-up shops for food and beverage companies but is slowly seeing the shift to retail brands. Lasher notes that retail brands want to get established, often investing in brick-and-mortar stores as opposed to going mobile.

“If it’s looked at a marketing investment versus a return on investment in sales, those are the brands that are going to have the most success,” Leasia said.

While it’s just getting off the ground in Denver, Lasher believes that pop-up shops are becoming the new method of retailing going forward for both big and small companies alike.

“It’s going to be more of a mainstay for startups, and companies are going to look at pop-up shops as a necessity as opposed to an experimental channel to promote their product.”

So are pop-up shops the future of retail in Denver? Well if rent prices keep rising and businesses and consumers continue to see their value, there’s a possibility this trend could be here to stay.