I have not been to the Black Box since it was the infamous Quixote’s, however upon re-entering the newly named dual-staged venue for the second round of Test Kitchen, I was quick to notice that not much had changed on the interior. The exterior, on the other hand, took a drastic change. The popular Jerry Garcia mural has been covered with slick black paint, resulting in the square building accurately representing its name.

Swarming the walls of the Box on Wednesday evening was the second round of the Test Kitchen series. Test Kitchen is hosted by Roux Black, a local marketing and promotion group dedicated to exposing unsurfaced talent among us. The event serves as a “first take” opportunity for hip-hop musicians to showcase unheard raps to three judges and a crowd. Each participant performs two tracks, after which Roux Black founder Ru Johnson, local rapper Rob4Real and Denver music scene maven Sonya Police offer their feedback live in front of the audience. 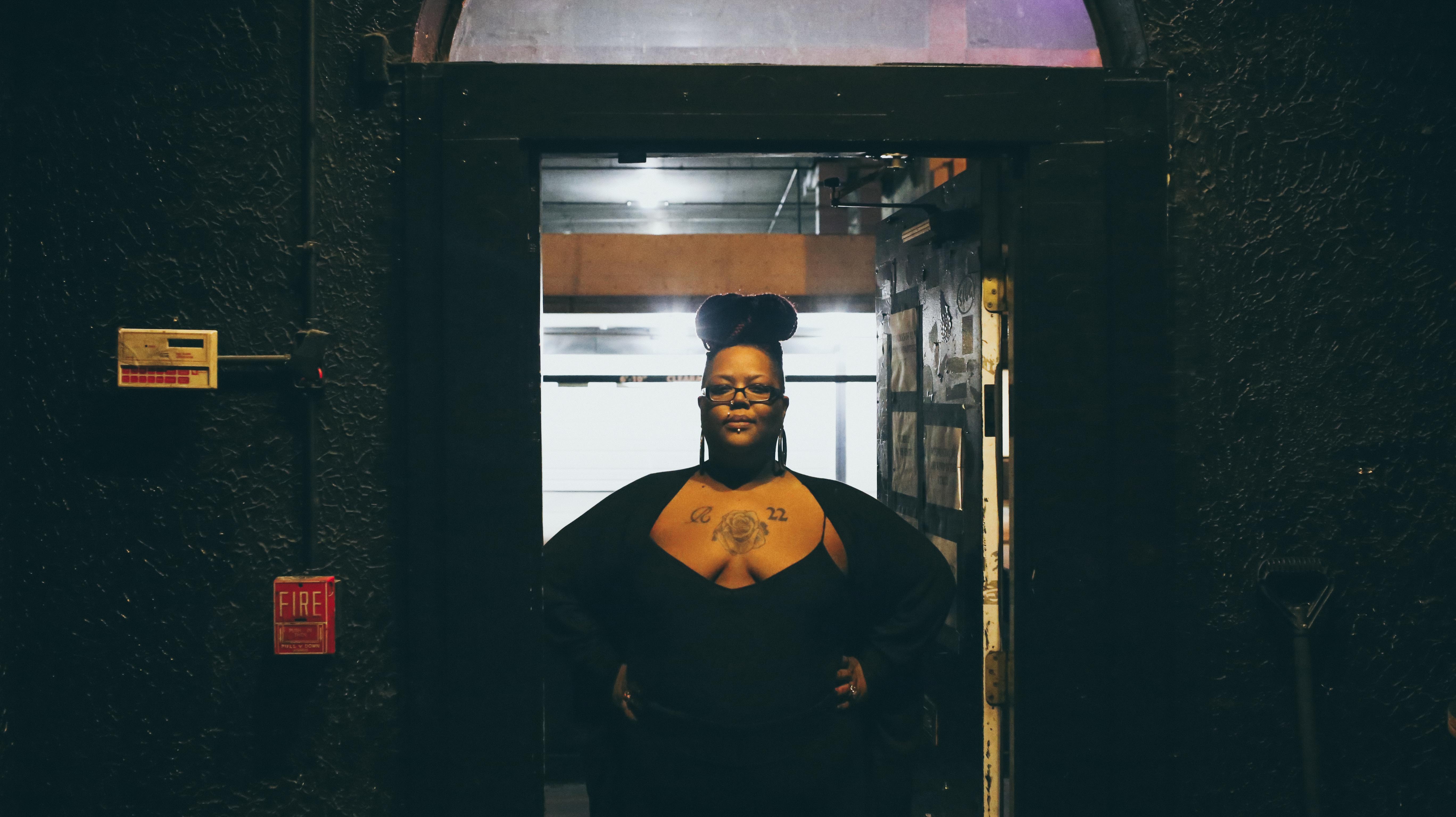 Like any normal hip-hop show, the room was crowded to the brim with fanatics, but unlike a normal hip-hop affair, the event took off on time without a hitch. Producers headed the opening sets, including C. Jones, the jazzy NZA and a most eclectic, braid-waving set from Kruza Kid. After about an hour, the spotlight turned to the lyricists.

The first MC to grab the mic was Shaun Mercier from Colorado Springs. The host of the evening Showtime welcomed him to the stage, but not before poking the crowd with political banter, requesting a show of hands indicating who voted for Trump. Mercier’s first song spit over Soul II Soul’s “Back To Reality,” which seemed to be better received than his second, which sampled “One More Chance.” Mercier enthusiastically channeled a ’90s sound, one that gained conflicting responses from the three judges. 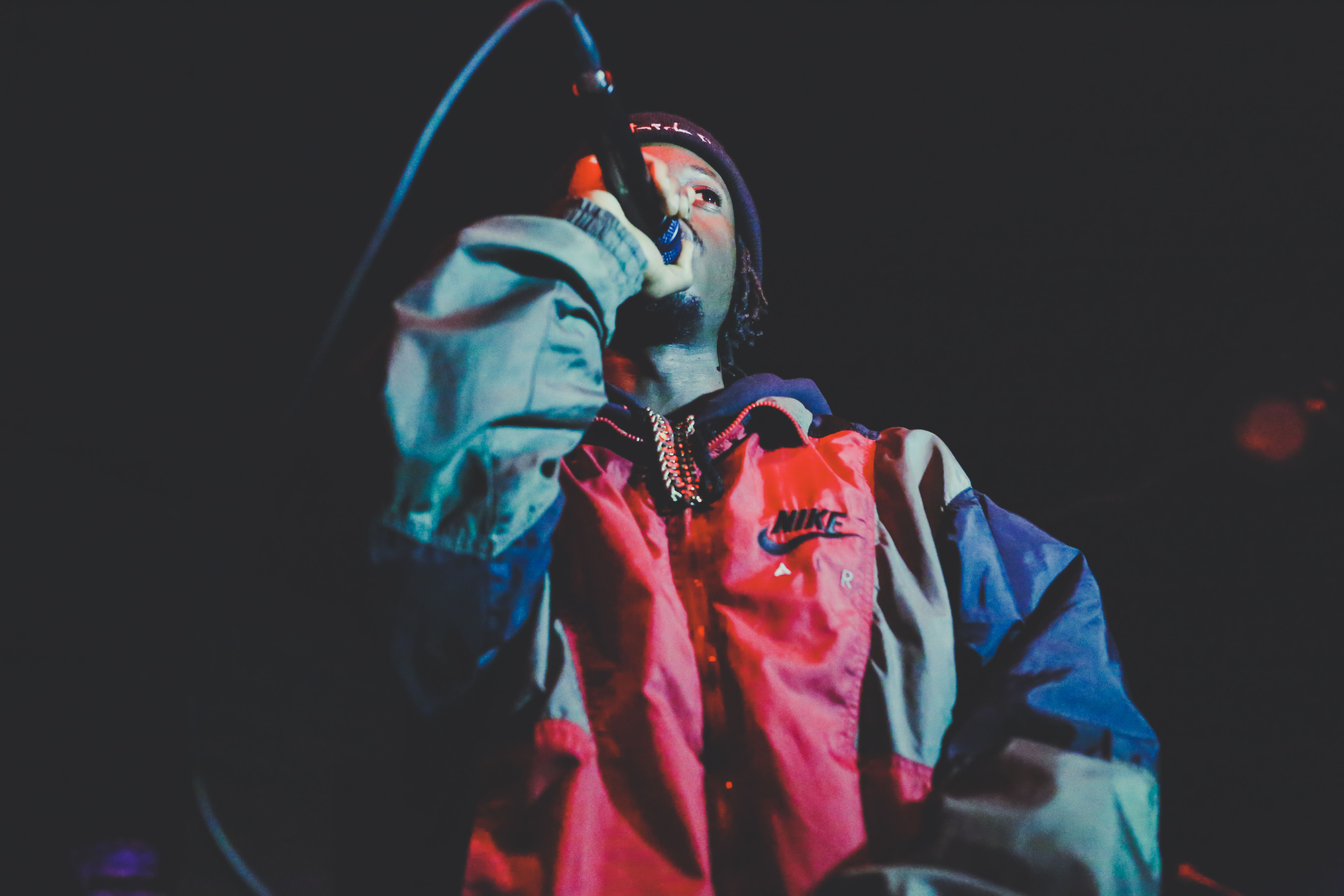 Using a judging tactic apparently stemmed from Quincy Jones’ recording studio, the judges were asked if they would spend their last dollar on the record of the performer or a sandwich, in this case all three went for the grub over the tunes. You’ll get ’em next time, Shaun.

P Rose of Denver was up next, spitting a much more calculated flow than his prior opponent, gaining one non-sandwich vote for his two song performance. P Rose received mostly positive feedback for his rhymes but lower remarks for his lack of stage presence. 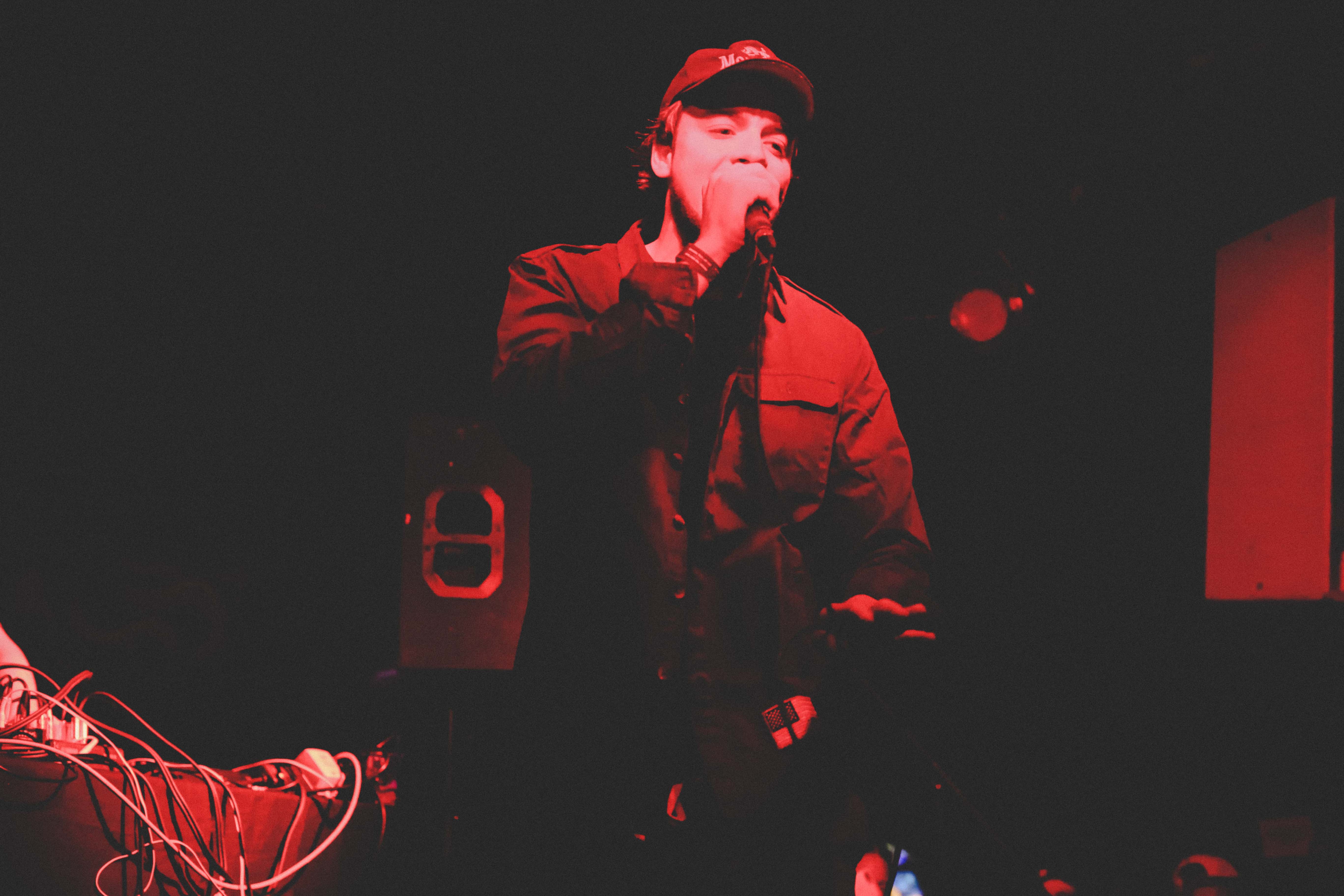 Another Colorado Springs MC, Ninanine, hopped on stage next, but not alone. Joining him was fellow MC, Bleezus Christ, and a hype man named Big Hungry. The first song felt, as Sonya Police put it, “local,” which is not necessarily a bad thing. The second song was done solo, and the judges were visibly more impressed. The final vote was two record buys and Sonya Police with a stomach full of sandwich.

The fourth MC switched up the night drastically, finally bringing the first female rapper to the stage. T-May brought interesting lyrics and a quick flow; however, her first song was cut short due to technical difficulties. She bounced back though, and nabbed positive reviews from Ru and Rob. Sonya again held out for that record vote. 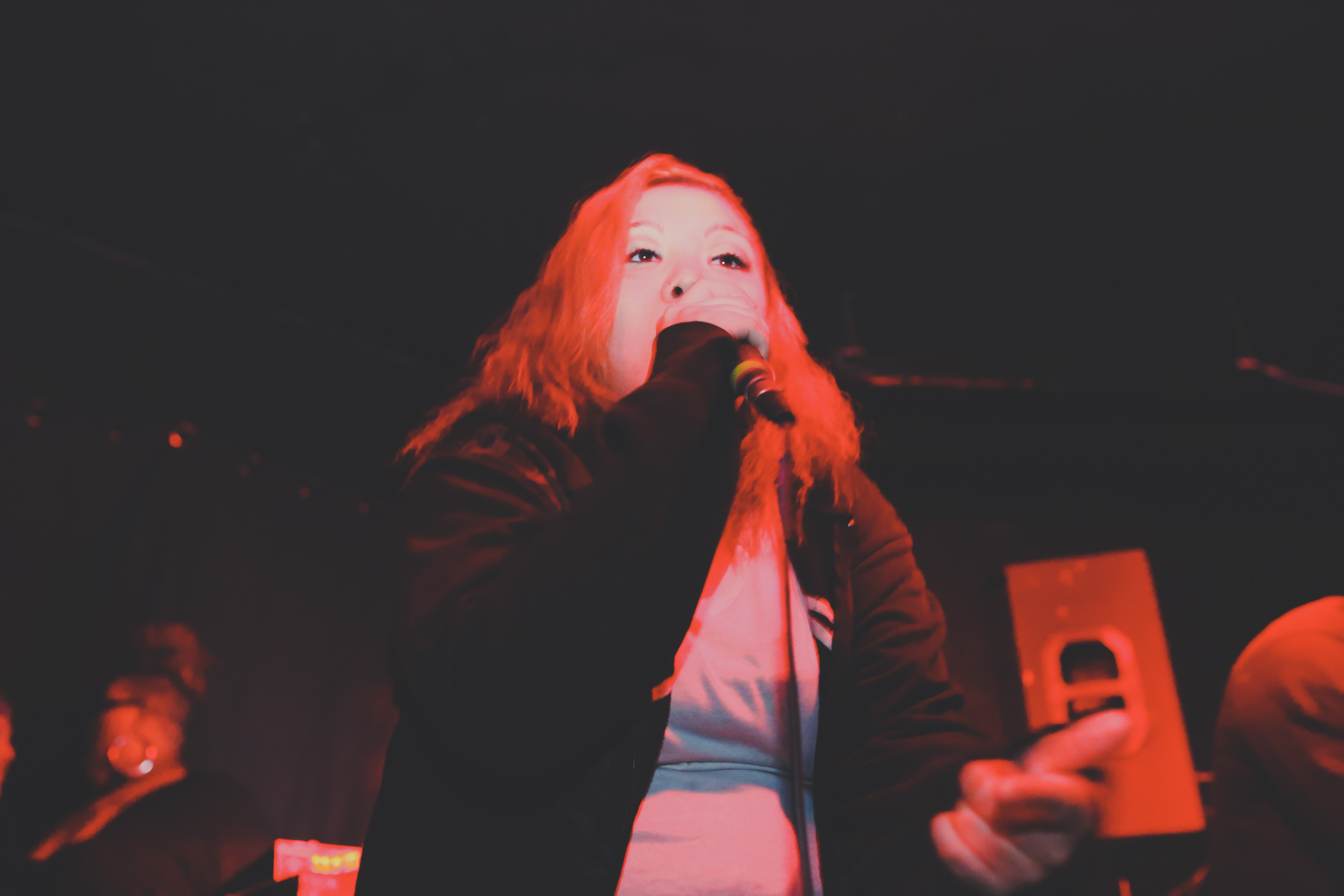 Luke Skyy and Ceejay Franchize took the reins after T-May, offering two very different body types yet a melodic dynamic that honestly worked for me. Their lyrics stuck of more substance than the previous acts, which noticeably engaged the crowd. Final vote was Ru for the record, Rob and Sonya for the sandwich.

Another female entered the competition next, Jay Triiiple of Denver. Her set instantly stood out, as her lyrics were clear, smooth and concise. The stage presence oozed confidence, and I was eager to see how saucy lyrics like “I’m Swaggin’ but I ain’t braggin’, who could do it like this?” and “rappin’ like I got Jay-Z in me” would be received.

As expected, it went well. For the first time of the evening, all three judges chose to buy the record. Uproarious applause from the crowd proved the ruling was supported.

“Jay Triiiple is the future,” Johnson confirmed over shouts of agreement. 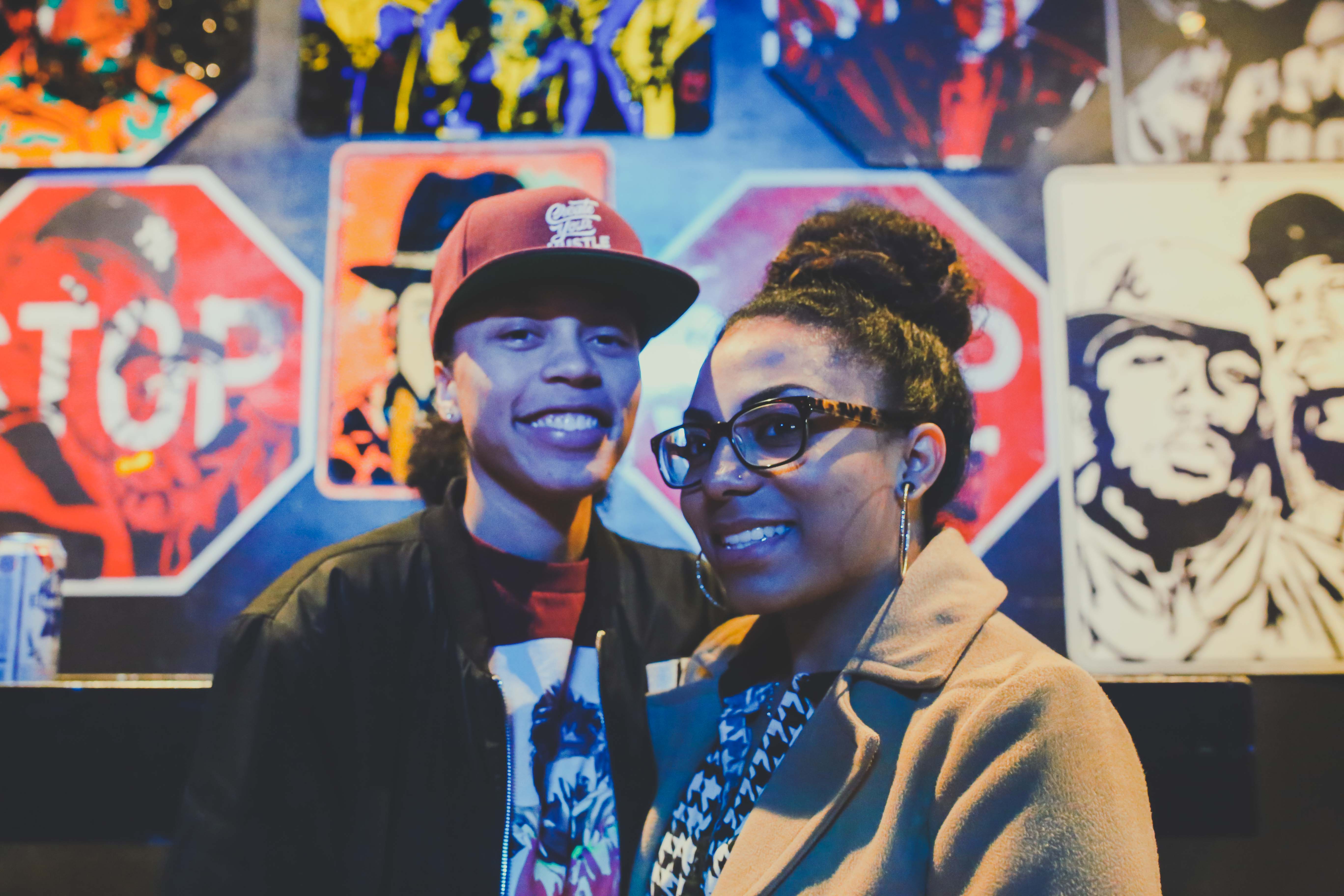 With one more act on the bill, Johnson grabbed the mic to introduce players of the evening that weren’t onstage, such as Signtologist’s artwork that decked the walls in a colorful ode to greats like Quest Love and Cam’ron. 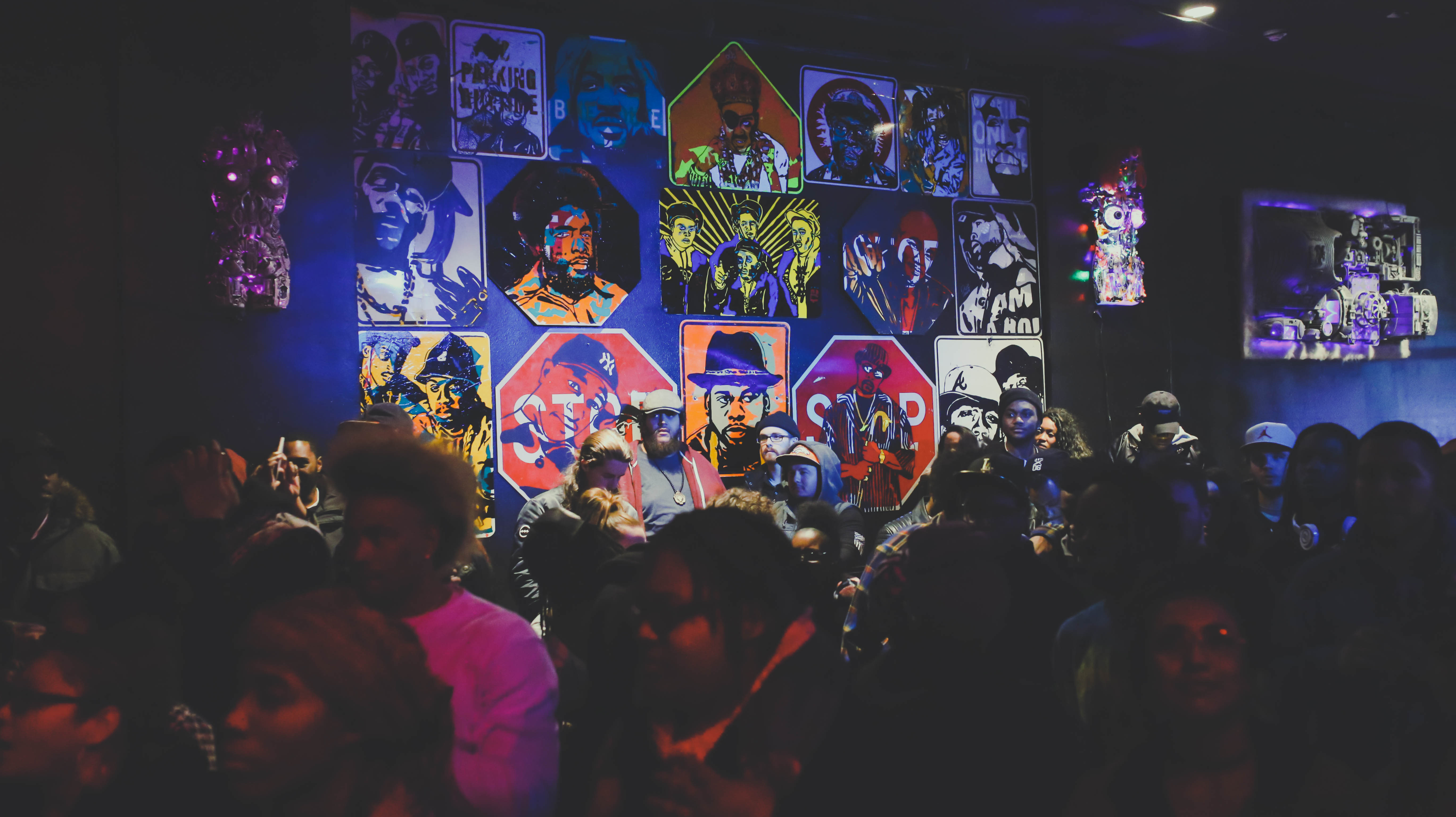 Black Buddha was the final MC to crank skill on the small stage and was easily the audience favorite. Host Showtime stated, “Just when I thought the ladies were taking over, this guy comes in here reminding me of Anderson Paak.” Using an unmatched energy and lyrical ability, Black Buddha walked with three record purchases and a room of new fans.

After the final segment, Kruza Kid took the stage again to offer a dance party as the musicians mingled in with fans and dispersed EPs. 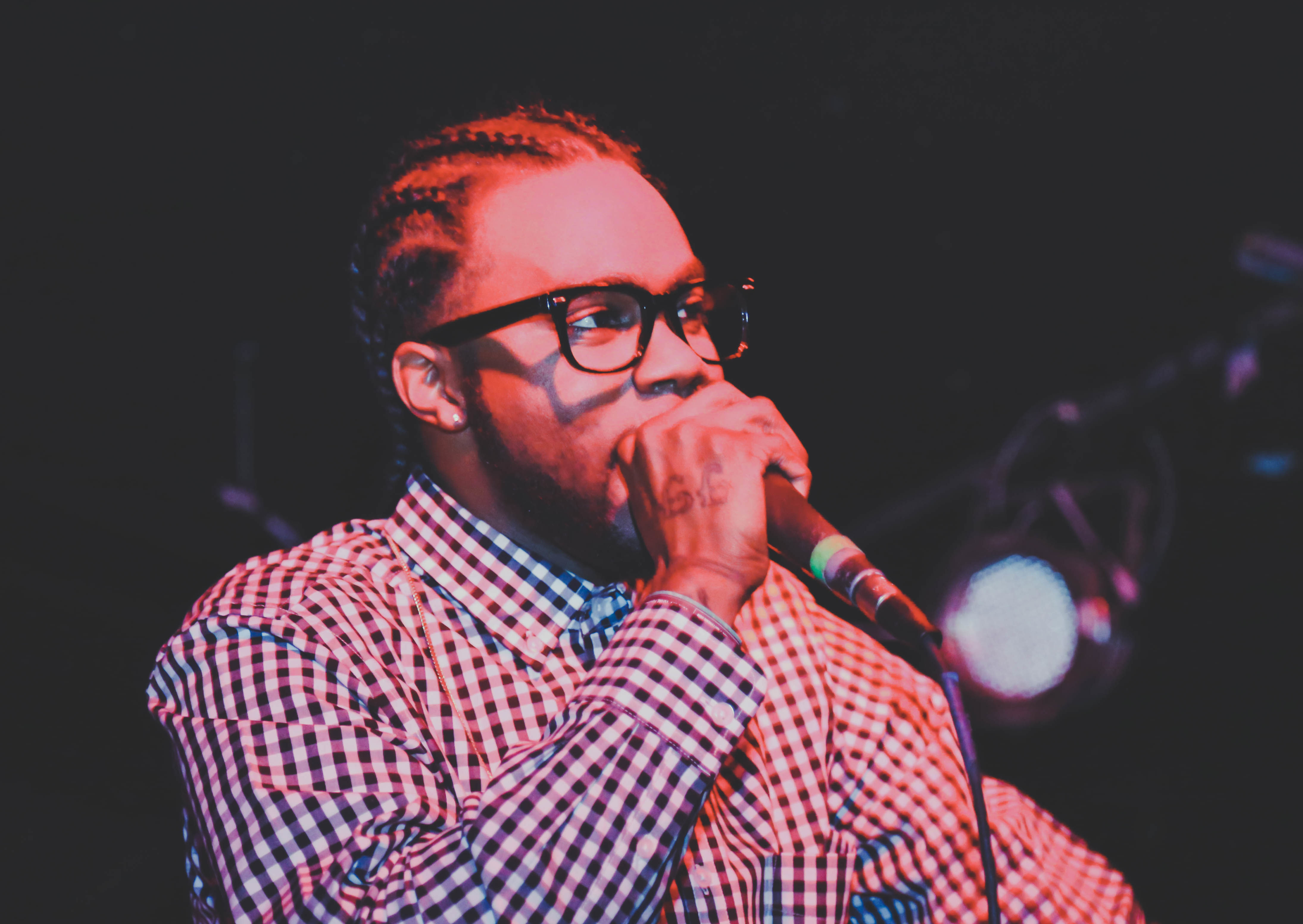 Test Kitchen will be at the Black Box every other Wednesday, February 8 being the next date. Admission is free and all that is asked is crowd participation and appreciation. If you are looking to enter the Test Kitchen showcase, reach out to [email protected].