The Highlands is home to some of Denver’s newest and noteworthy restaurants, which means the competition is fierce. Mell’s Cheese opened October 2015 on 31st and Zuni to compete amongst few already established wine bars in the neighborhood. A year after Mell’s opening, Z. Cuisine has closed and the gap between the Truffle Table and Mell’s has widened with this quaint wine bar’s impressive display of over 60 cheeses from around the world. 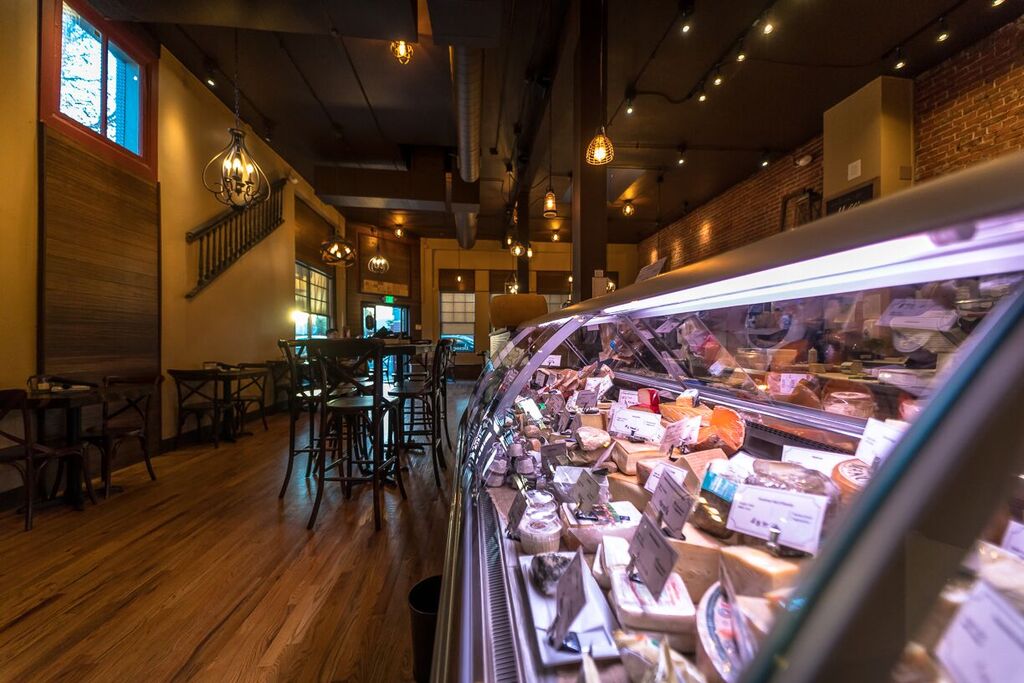 A knowledgeable staff awaits with plastic tasting spoons and the willingness to design a cheese combonation tailored to each individual customer’s taste preference. The wine list is reasonably priced and approachable — offering 20 wines by the glass and 60 by the bottle— ranging from Italian, Spanish, new and old world varietals. In addition to wine and cheese, Mell’s runs a rotating menu of thoughtfully crafted sandwiches, salads and small plates. 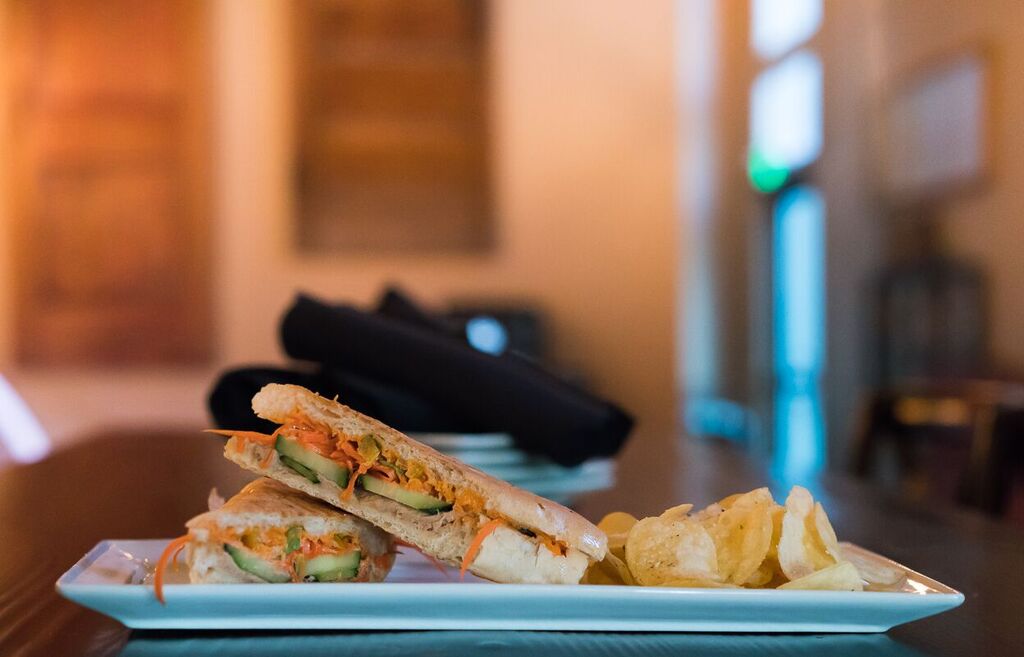 Their chicken liver banh mi ($12) raises the bar. I fell head over heals when I sunk my teeth into the flakey, golden brown panini pressed ridges of the hoagie roll. A panini iron had compressed the sandwich enough to make it manageable when hand held, leaving behind grill marks that crunched under each bite. The acidity from the pickled kimchi and carrots cuts through the richness of the chicken liver pâté. The dish comes together with the unique addition of fresh cilantro and sriracha mayo that sets it apart from the everyday banh mi. 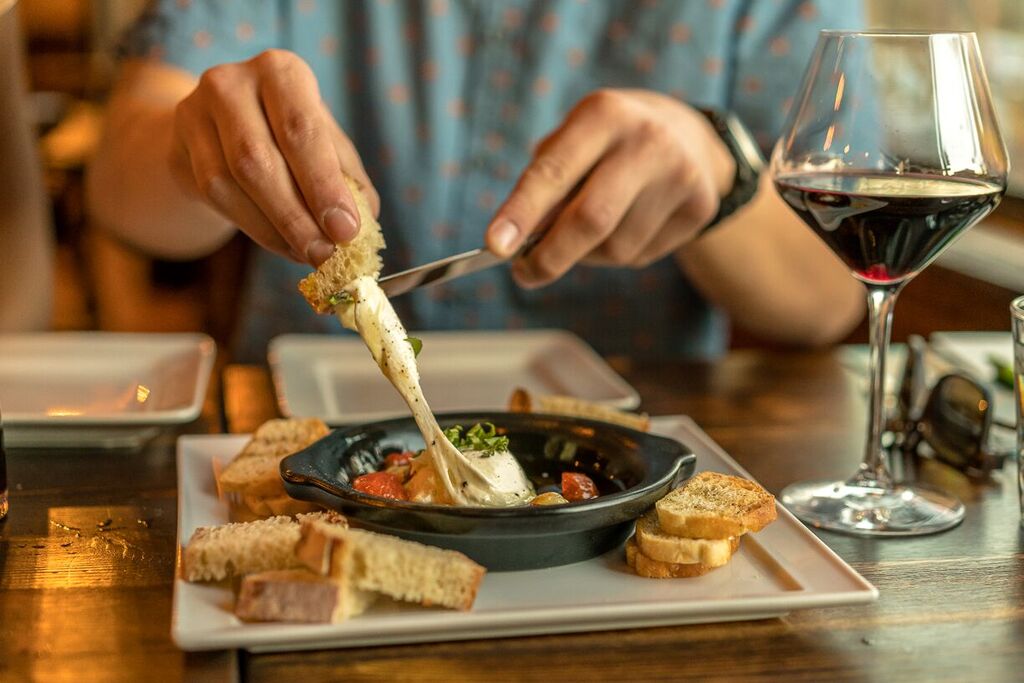 After devouring the bahn mi in an impressive amount of time, a quick glance around the open bar and vibrantly lit display case and there was a sudden need for cheese — after all I was in a cheese (and wine) shop.  I promptly placed an order for burrata ($8) — the literal english translation of burrata is quite fittingly “buttered”. The mozzarella and cream mixture was served warm on a cast iron skillet reminiscent of homestyle cooking. The heavy dish held heat from the oven allowing the elastic dairy to stretch around each crunchy crostini. The cream and cheese bathed in a pool of olive oil that danced beautifully beneath bright Peppadew peppers, roasted garlic and fresh basil. 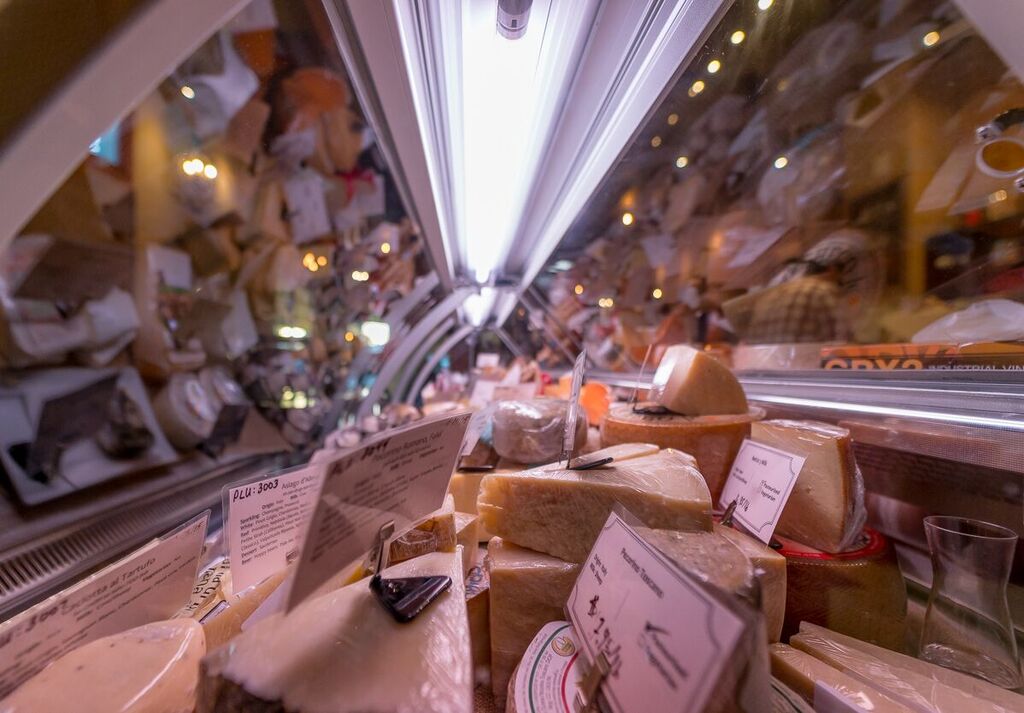 Inside the display case at Mell’s Cheese

Owner and operator Paula Dick is more than willing to entertain a vast array of questions. With an executive wine sommelier certification from the International Wine Guild and attendance at lectures at both the Cheese School of San Francisco and Murray’s Cheese in New York City it’s obvious this entrepreneur has done her fair share of research in making this stop a knowledgeable hit. 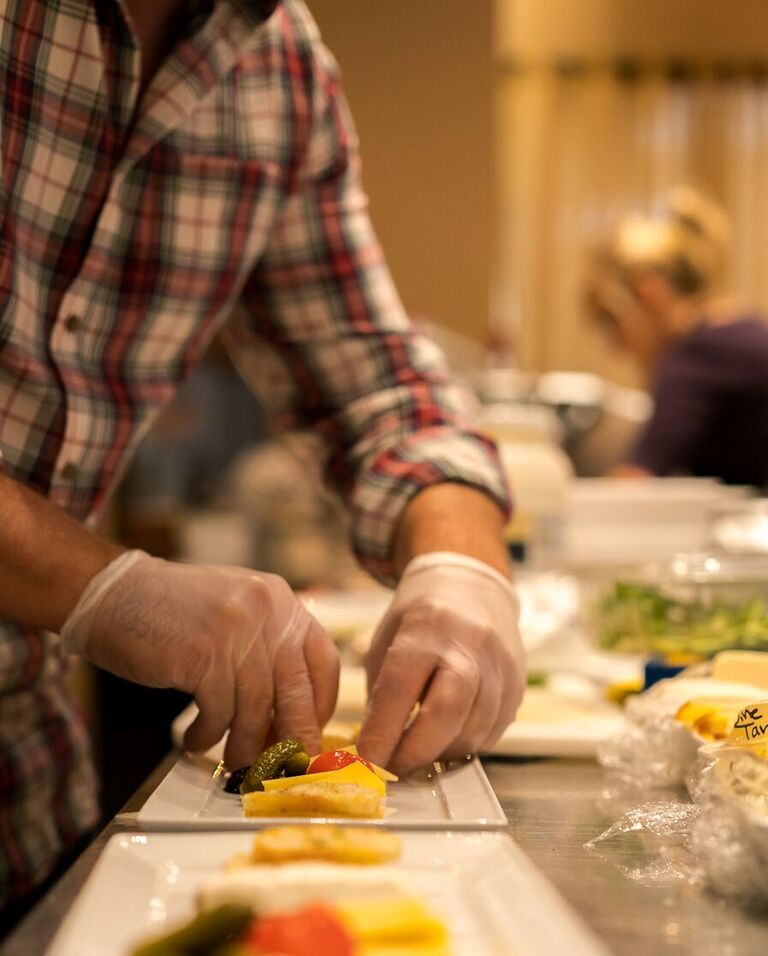 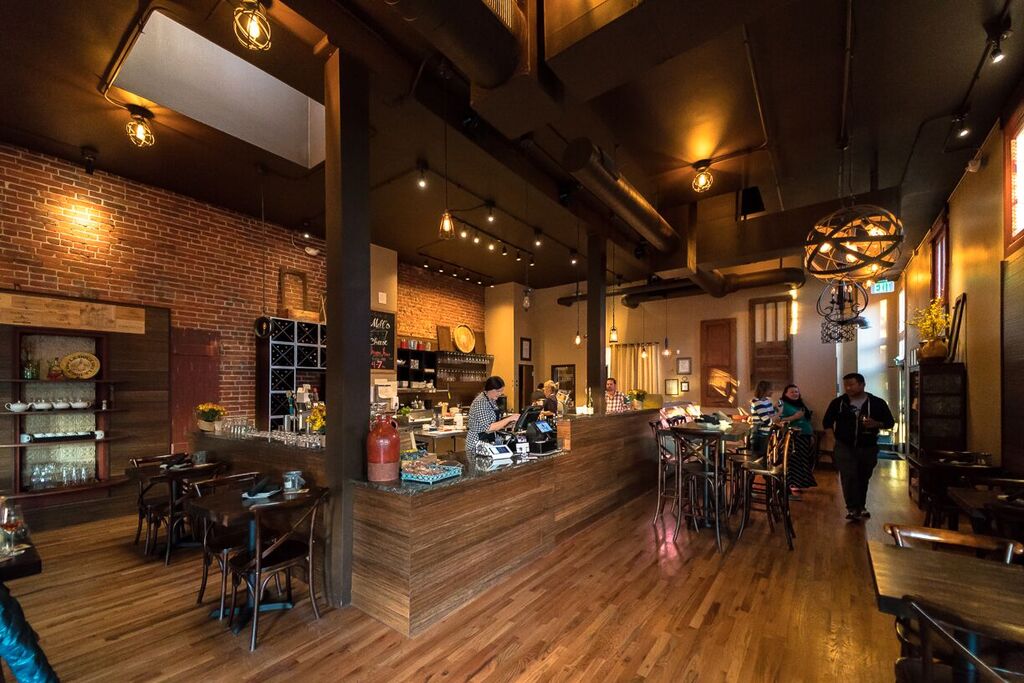 The ambiance from inside the front door of Mell’s Cheese

All photography by Andrew Horton.