Last week we got the chance to chat with the co-founder of one of today’s most beloved bluegrass bands, Vince Herman.  Local to our home state of Colorado, the boys of Leftover Salmon have created a tradition out of their two-night run each Thanksgiving weekend for the past five years, and this year was only a wee bit different.  Usually at the Boulder Theater, this year’s pair of shows was moved to Denver in order to mix things up – as 2016 in general has been so successful at doing.  The big, collaborative Saturday night show was co-billed with Los Lobos at the Fillmore, but Friday night was where we witnessed the magic.

Ophelia’s Electric Soapbox is known for its history, its impressive cuisine and its intimacy as a music venue.  For the evening of Black Friday, Leftover Salmon thought they would provide their biggest and best fans with an extra special treat at the unique venue by re-creating Neil Young’s Harvest album.  As Herman previously explained to us, the Thanksgiving holiday is “all about the harvest,” and he wanted Salmon to honor not only that, but the album that has had a great influence on him as a musician. 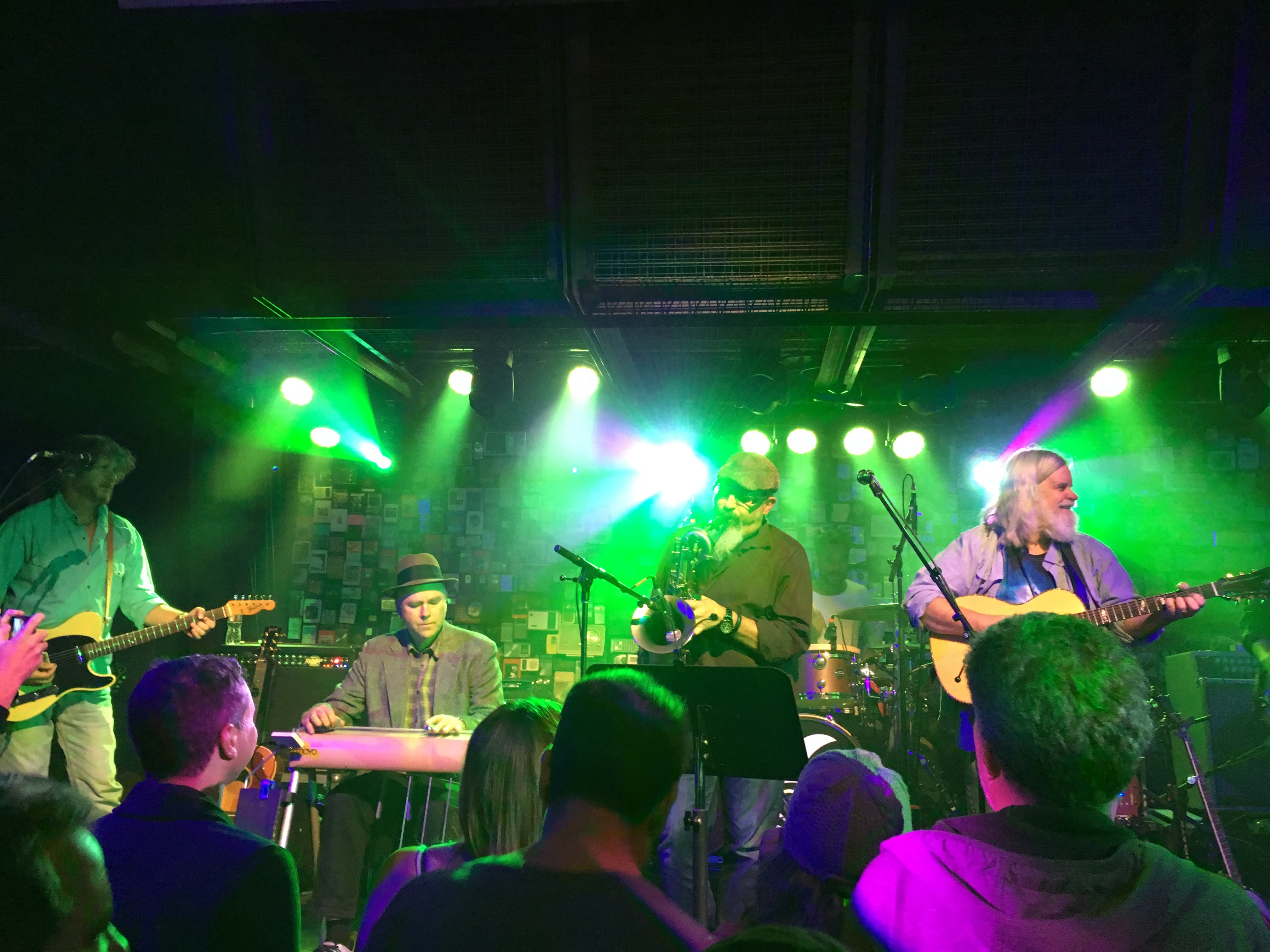 The evening, billed as “A Harvest Party – Performing the music of Neil Young,” kicked off shortly after 9 pm, and Leftover Salmon jumped right into the thick of some of Young’s greatest music ever written, produced and performed.  “Human Highway” was a predictable choice to open the first set, with a fast-paced, string-pickin’ version of “Cowgirl In The Sand” next.  “Comes A Time” and “Look Out” came after, followed by an epic rendition of “For What It’s Worth.”  Introduced as an ode to the current events at Standing Rock Native American Reservation, the anti-Vietnam anthem featured Los Lobos’ Steve Berlin on the sax.

Dave Emmitt played a mean harmonica on “Out On The Weekend” before the band busted it out on the highlight of the first set with the featured album’s namesake, “Harvest.”  The psych-rock “Man Needs A Maid” came before “Heart of Gold” to close out the first set, with Dave Emmitt sitting in again, and this time on the harp.

After a brief break, Leftover Salmon picked it back up with “Are You Ready For The Country” and a honky version of “Old Man.”  “There’s A World” was next up for the Young tribute, which Steve Berlin and his sax were again featured on.  The first of many high points of the second set came with an incendiary “Alabama” jam before switching back into the allusive vocals of “Needle and The Damage Done.”

Berlin sat in on the remainder of the show, which started with “Words” and ran through four more absolute hits and one-of-a-kind performances from Leftover Salmon.  “Helpless,” “Jellyroll Man” and the rock-steady “Everybody Knows This is Nowhere” transitioned beautifully to and from each other, gradually leading into the last tune of the evening.  The final song, “Down By The River,”  boasted everything that Neil Young has done so well in his career to aspire such a tremendously special evening of musical collaboration from our one and only, Leftover Salmon.